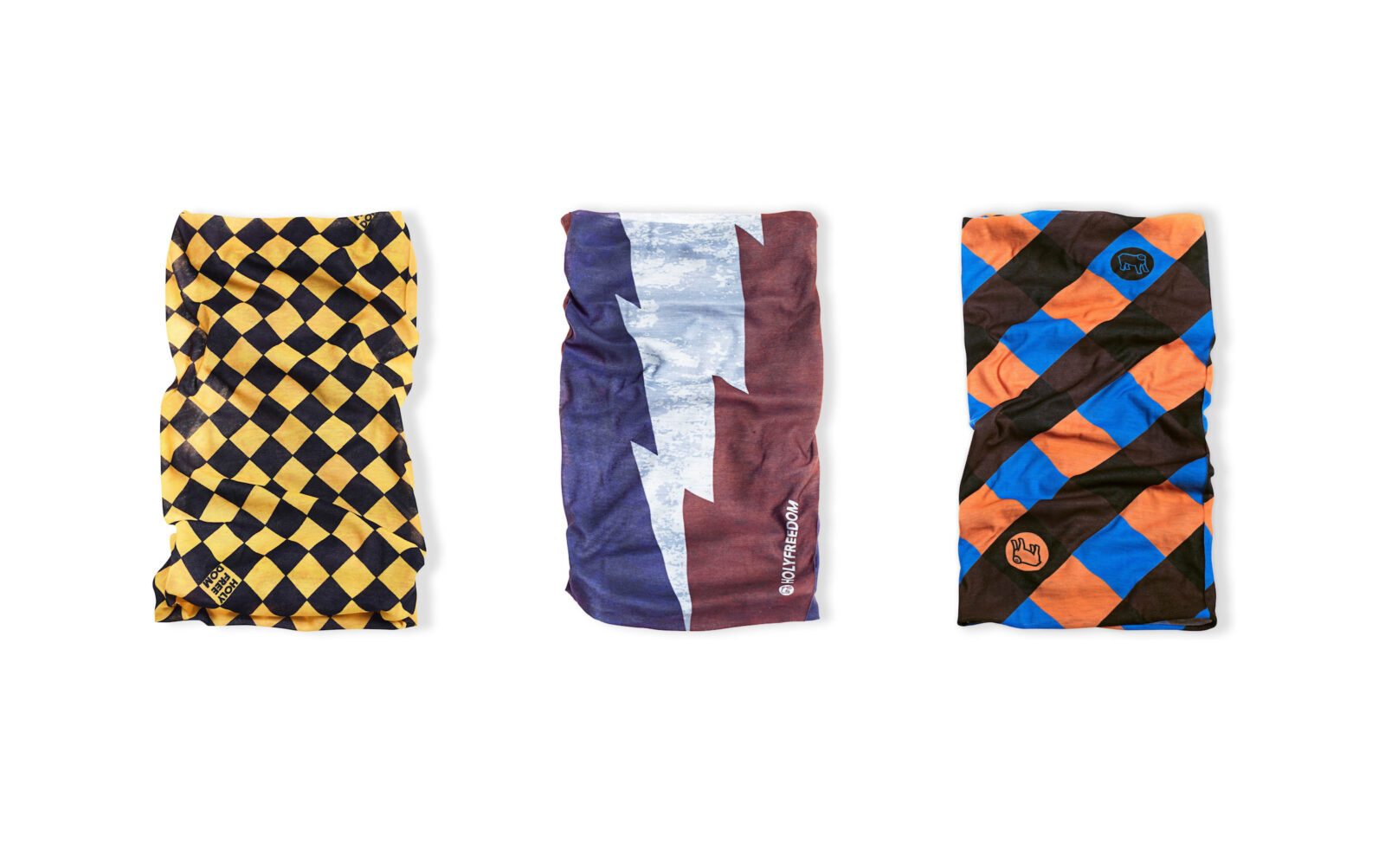 This series of motorcycle neck tubes by Holy Freedom is made from Primaloft, a space-age microfibre thermal insulation material that retains body heat even when soaked with rain, covered with snow, or splattered with mud.

Neck tubes have been used by motorcyclists for decades as an alternative to scarves which have a bad habit of getting caught in chains or sprockets, which tends to lead to the rapid untimely death of the wearer. Neck tubes are essentially just cylinders of a warming material typically made from cotton or wool that cover your neck, and can be pulled up over your nose and mouth for additional warmth, or to help filter dust and road grit.

Holy Freedom is a motorcycle gear company based in the Parma region of Italy, they make their products in Italy, with strong influences from both the American and European custom motorcycle scenes. 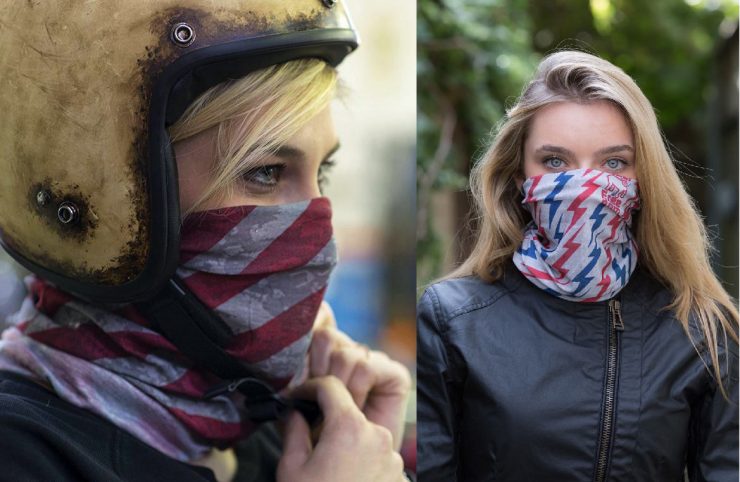 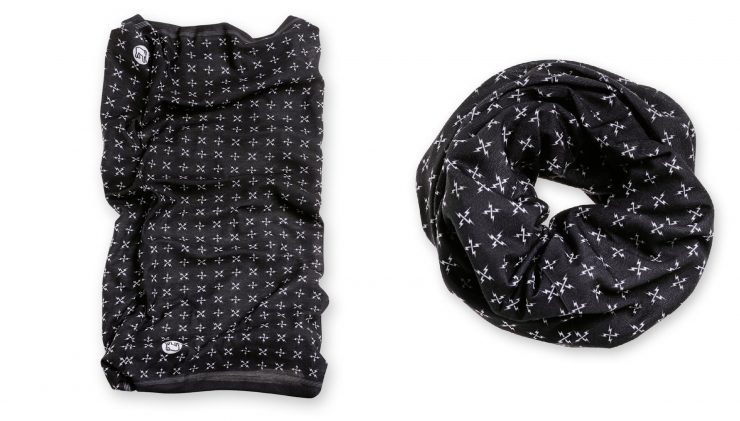 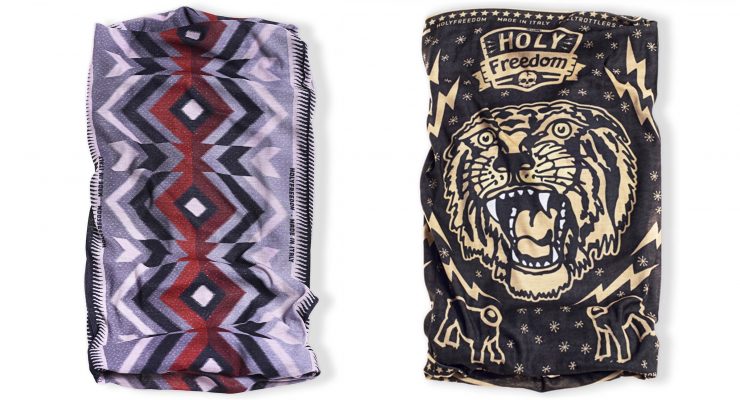