The Racing Scene is a 1969 film presented by James Garner, interestingly it’s a personal favorite of Quentin Tarantino who showcased it at the New Beverly Theater in Los Angeles alongside the Steve McQueen classic Le Mans.

The film covers a wide array of different racing series and formats including sports car racing at the 24 Hours of Daytona and 12 Hours of Sebring, Formula A (Formula 5000) racing at Lime Rock Park, desert racing in a highly modified Ford Bronco, dune buggy sand sessions in California with Garner at the wheel, and one of the biggest open-wheel crashes of the era.

James Garner was a true motorsports renaissance man alongside other Hollywood A-listers with a penchant for petrol like Steve McQueen and Paul Newman. 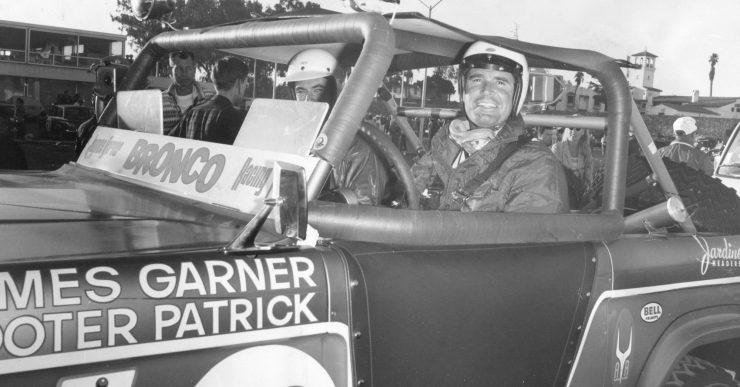 The Racing Scene was a collaborative effort between legendary motorsports writer William Edgar and Andy Sidaris – the sports director of ABC’s Wide World of Sports. The film was shot during the 1969 season with scenes on both sides of the Atlantic, much of the film focusses on James Garner’s then-new team American International Racers (AIR).

A number of professional racing drivers who spent time with Garner commented that he could have been a professional himself with the right training. He did most of his own driving in the classic 1966 racing film Grand Prix, and he proved his metal driving Broncos in the Baja 1000 against the likes of Parnelli Jones.

William Edgar said the following in a 2011 issue of Vintage Motorsport magazine:

“Our first outing of cameras, cast and crew at the end of January was the 24 Hours of Daytona with Garner’s two Lola T-70 coupes. Jim’s Ed Leslie/Lothar Motschenbacher car finished 2nd and his Dave Jordan/Scooter Patrick driving duo came 7th. Not a bad start for AIR and our film, we all agreed. Then, in March, at the 12 Hours of Sebring, we took our first really hard knocks.

The film was not all about closed course racing. Garner himself had run the grueling Baja California off-road race the year before and done well. We used that 16mm action and aerial footage to build our split screen opening segment of The Racing Scene, inserting 35mm scenes of Jim and his co-driver Scooter Patrick as they wrestled with their Ford Bronco.

On Sunday September 7th at St. Jovite we finally got the Surtees running in top form, with Scooter Patrick at the wheel. But the spectacular and fully filmed first lap pile-up that included Scooter would take us out for good. There would be no more races for The Racing Scene. What we did have in the can was a real film on real racing, and a spot-on picture of what it was to run a racing car team – the whole truth of it, all the Good and the Bad.” – William Edgar

The Racing Life runs at just over 1 hour and 30 minutes long, it’s fast paced, beautifully filmed and edited, and masterfully narrated by Garner. Although it may not be as famous it deserves its place in the motorsport film pantheon alongside Once Upon A Wheel and On Any Sunday. 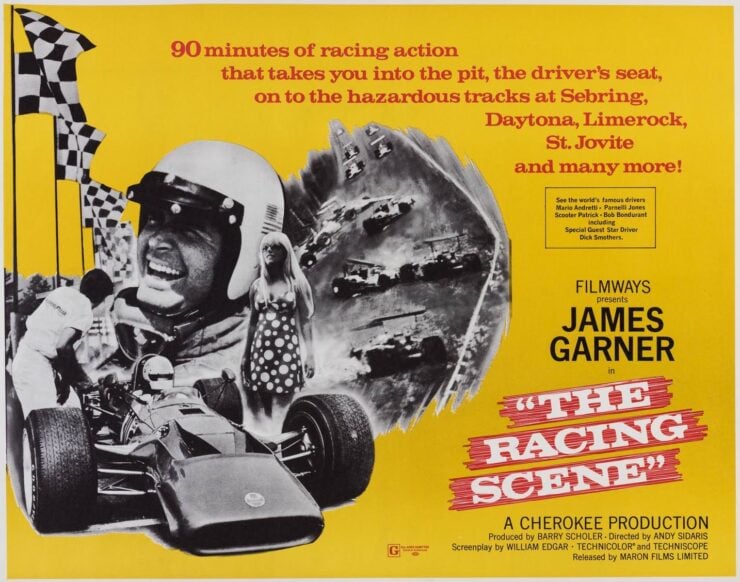 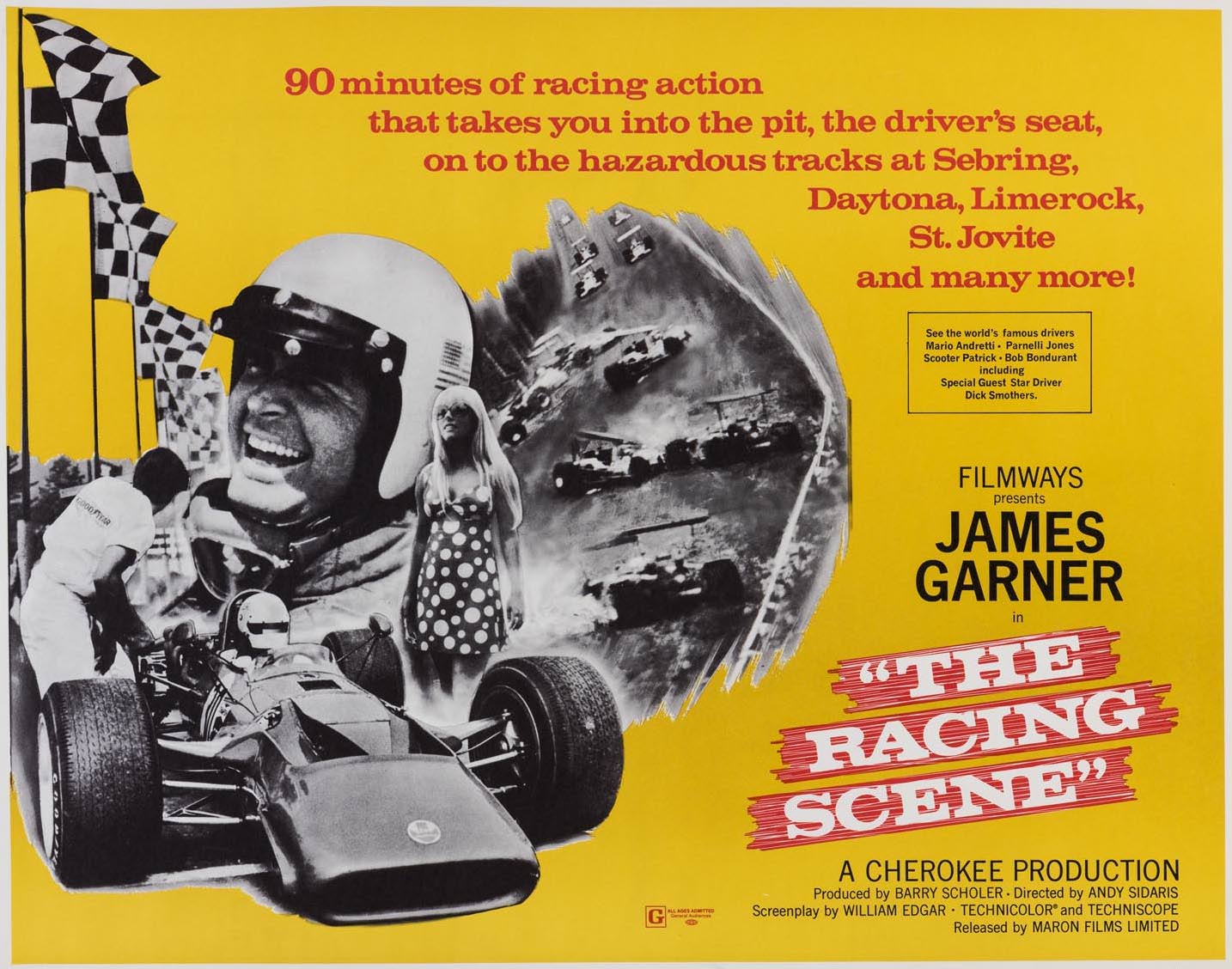