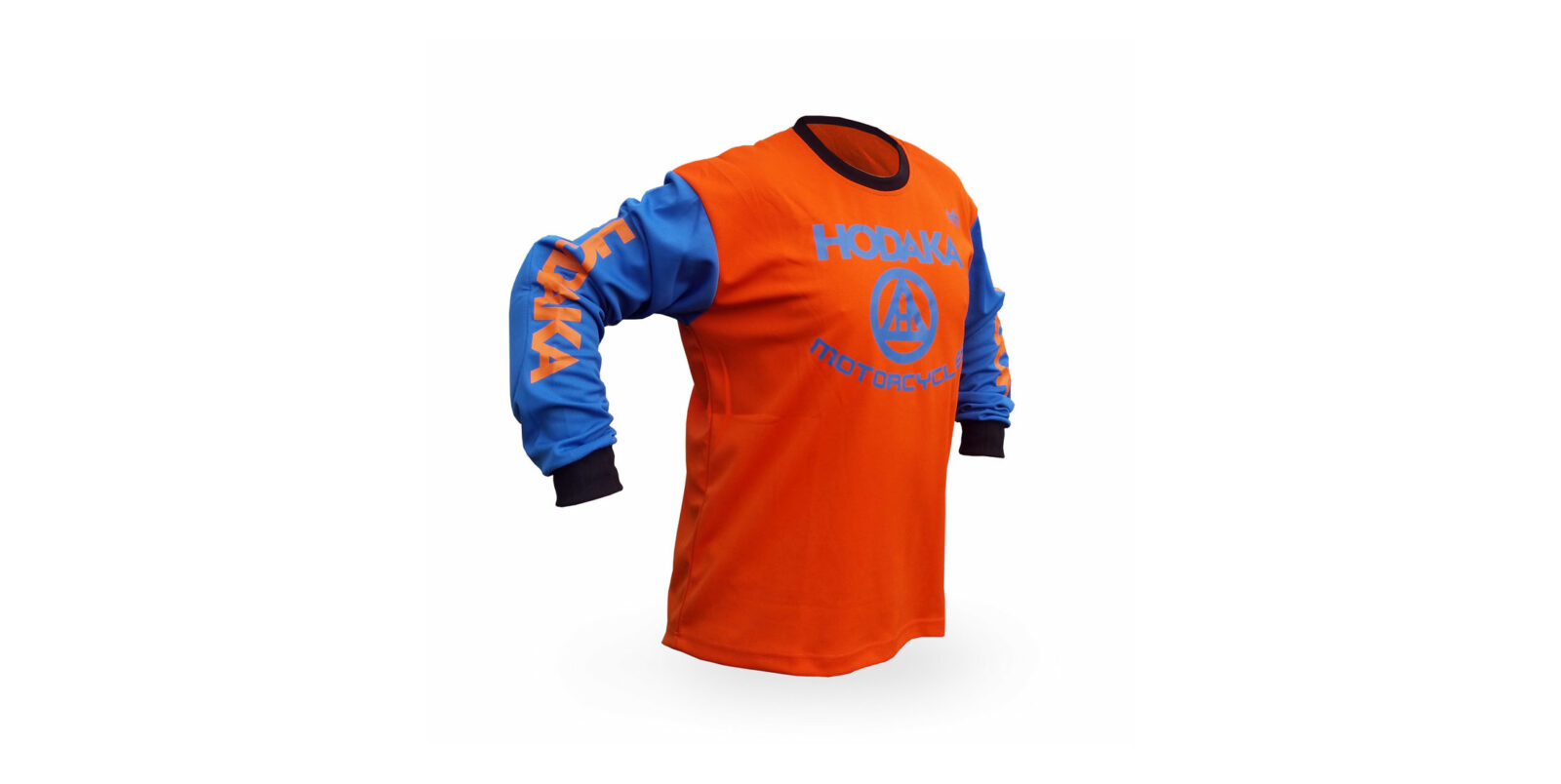 Hodaka is a name unfamiliar to many in the motorcycling world, it was a joint Japanese and American company that specialised in building lightweight two-stroke motorcycles – many of which were designed for off-road use.

The company is widely credited with helping to popularize trail bikes in the United States, they build a range of capable and humorously named bikes including the Combat Wombat, Road Toad, Dirt Squirt, and Super Rat.

Hodaka built over 150,000 motorcycles between 1964 and 1978, today they’re much sought after by enthusiasts and there are companies that specialise in restoring them to as-new condition.

This motocross jersey by Reign VMX is made from micro-birdseye vented, moisture wicking fabric. It has period-correct foam padded elbows, as well as a drop-tail cut in the back to keep your jersey tucked in when riding. The jersey also has a wide cuff design that allows you to push it up you forearm to wear it as 3/4 sleeve style.

Sizing from S through to XXL is available, and they’re designed to be large enough to wear armor underneath – so there’s no need to order one size up if you plan to wear armor. 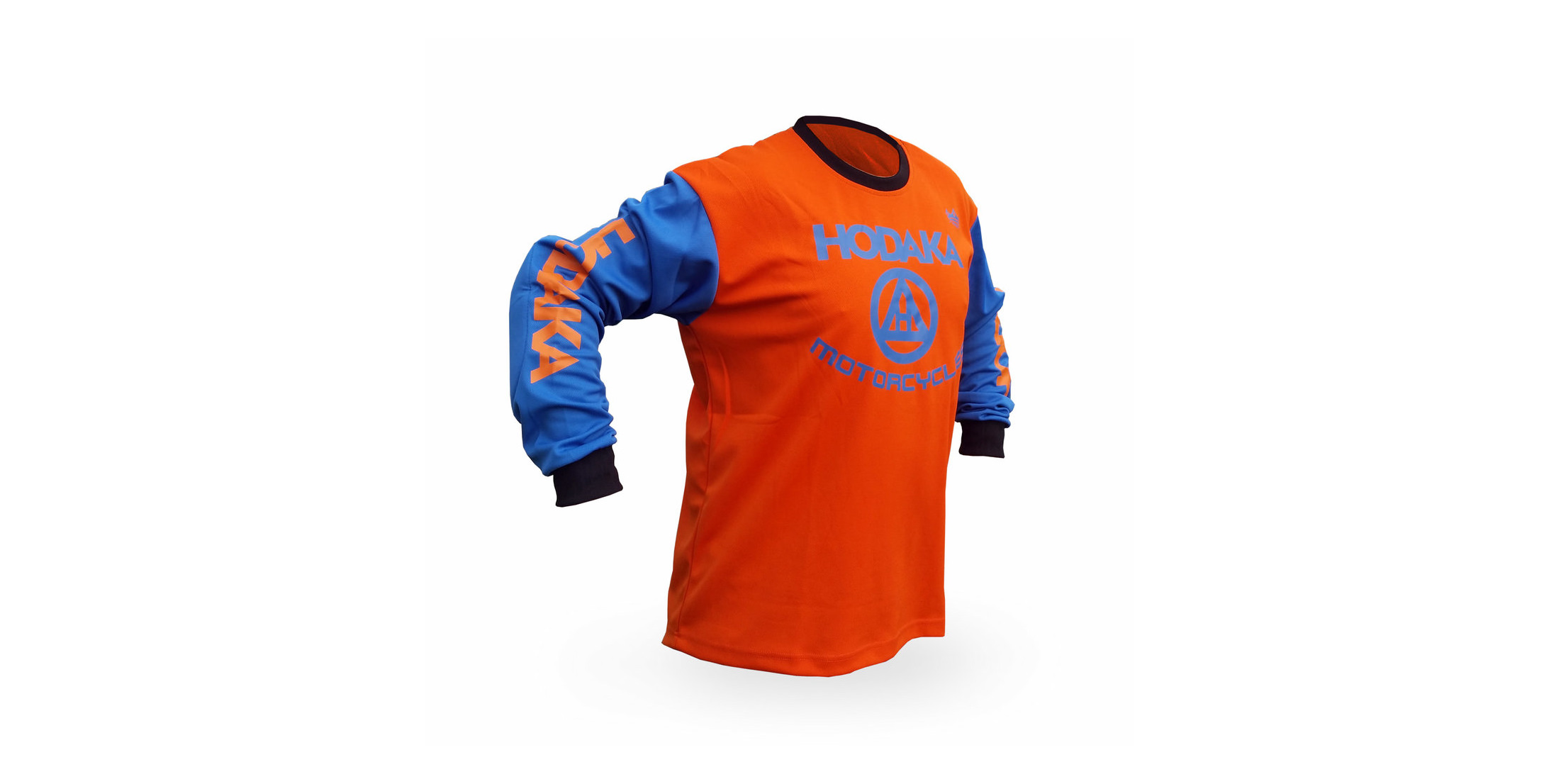