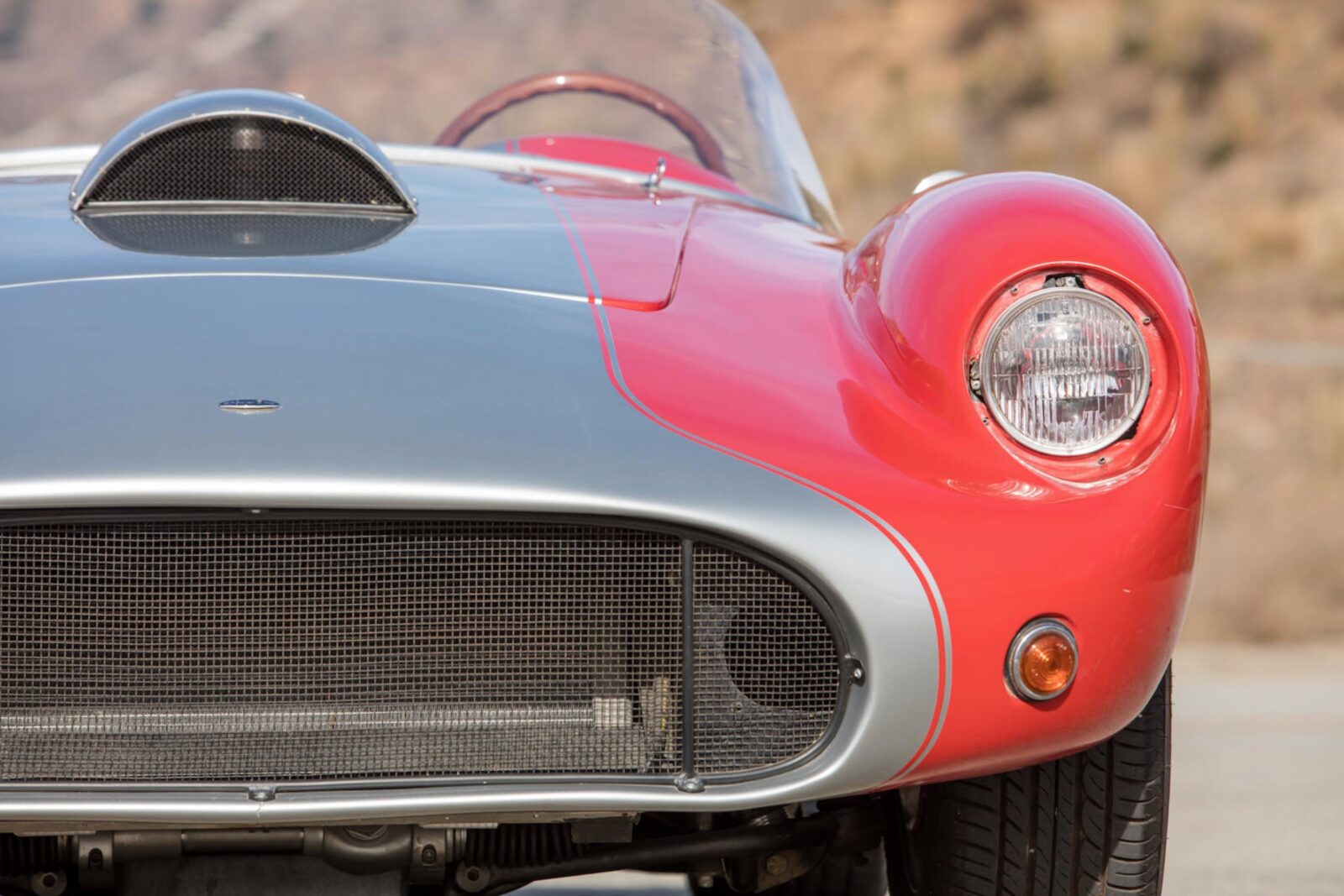 Bill Devin is a man who should doubtless be far more famous than he is, he’s credited with being the first person to use toothed belt in a timing belt application, an invention he came up with in order to get a pair of Norton Manx barrels and heads working after attaching them to a two-cylinder Panhard boxer-engine crankcase.

If that sounds very clever and very complicated to you, then you already have a measure of the kind of man Bill Devin was.

Devin Enterprises was founded in 1955 and was in operation until 1964. Although the company was only in business for 10 years it had an outsized impact on the American sports car scene, and they were one of the early proponents of lightweight fiberglass-bodied racing cars.

The first bodies made by Bill Devin and his team were designed to be fitted to the chassis of other manufacturers. Over the years he developed an ingenious method of creating fiberglass car bodies using upwards of 50 individual moulds that could be put together in a wide variety of ways, allowing bodies to be made for smaller cars like the Crosley, right through to MGs, Triumphs, Austin-Healeys (100/4, 100/6, and 3000), as well as some American cars. 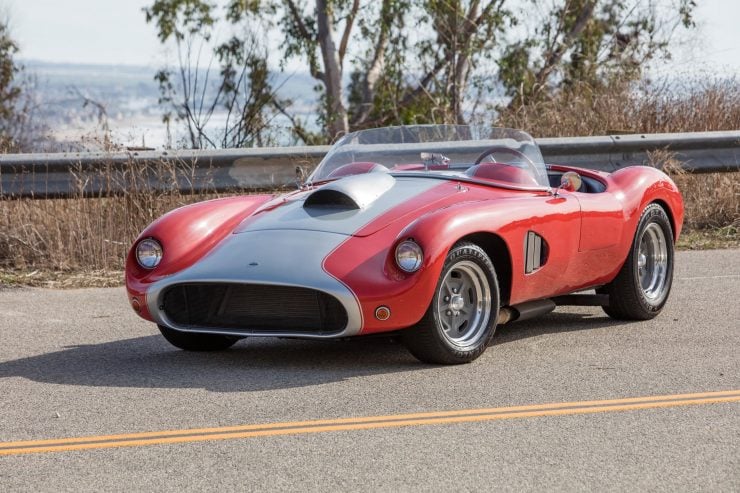 Devin bodies developed a reputation for excellent build quality, the world of fiberglass car bodies was an automotive Wild West back in the 1950s, but the bodies built by Devin were amongst the best in the country, if not the best outright.

Countless “Devin Specials” were built, some for out-and-out racing, and some for street use. Racing driver, hot rodder, and NHRA vice-president Ak Miller built a series of Devin-bodied racing cars including cars that would take class wins at the Pikes Peak Hillclimb.

Although fiberglass-bodied custom cars often fall by the wayside as time goes by, Devin cars have largely bucked this trend in recent years, with some examples selling for $250,000+ USD. 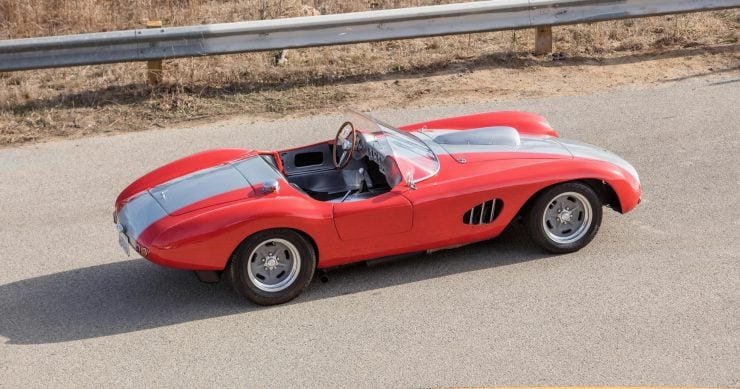 The car you see here is a Devin Special, it could arguably be called a Devin-Austin-Healey-Pontiac Special however, as it has an Austin-Healey frame, a 389 CID Pontiac V8, and of course, a Devin body.

The project to build the car was completed in 1959, the builder ordered a Devin body that was sized to fit an Austin-Healey chassis, it was then fitted with a front-end by ChassisWorks featuring rack-and-pinion steering.

Significant work must have been done to shoehorn the 389 cubic inch V8 under the hood, as you would expect it’s been installed as far back as possible and it appears to have been installed just back from the center-line of the front wheels – making the car front-mid-engined.

Four wrapped headers exit out under each front fender into a side-exit exhaust, and additional engine bay venting has been added behind the front wheels – allowing better airflow through the engine bay and helping with cooling. 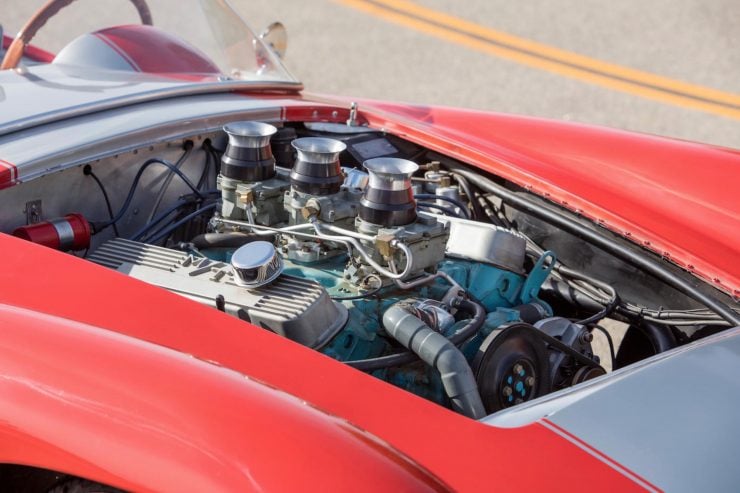 The body is immediately recognizable as a Devin design, it has a hood scoop fitted to clear the triple carburetors and velocity stacks, and it’s painted in an eye-catching red with a silver stripe down the center. The interior features a riveted aluminum floor, transmission tunnel, and dashboard, and there’s a modern fuel cell in the trunk.

Wilwood disc brakes are fitted on all four corners and power is sent back to the hefty rear wheels via a 4-speed manual gearbox, and the car is accompanied by a comprehensive history file, containing much period paraphernalia including sales brochures, and many receipts and records.

If you’d like to read more you can click here to visit the listing on Bonhams, the Devin Special is due to be auctioned on the 17th of January in Scottsdale with an estimated hammer price of between $50,000 and $70,000 USD. 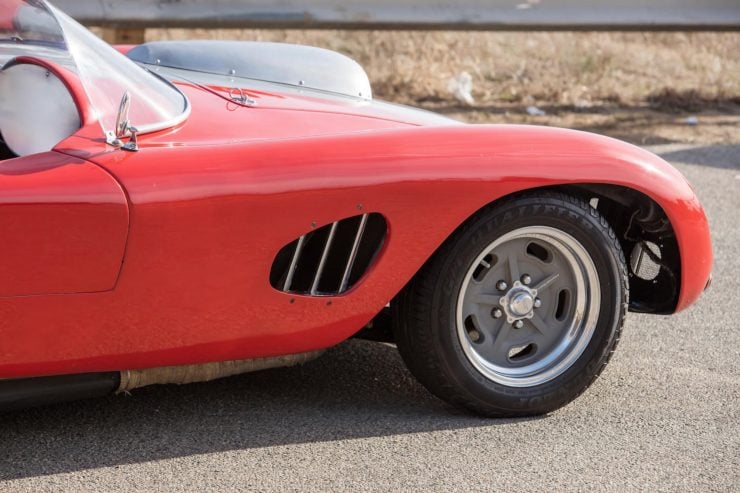 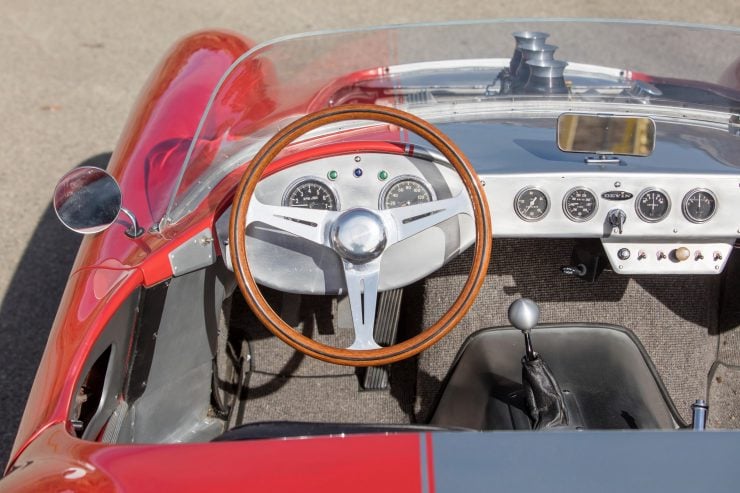 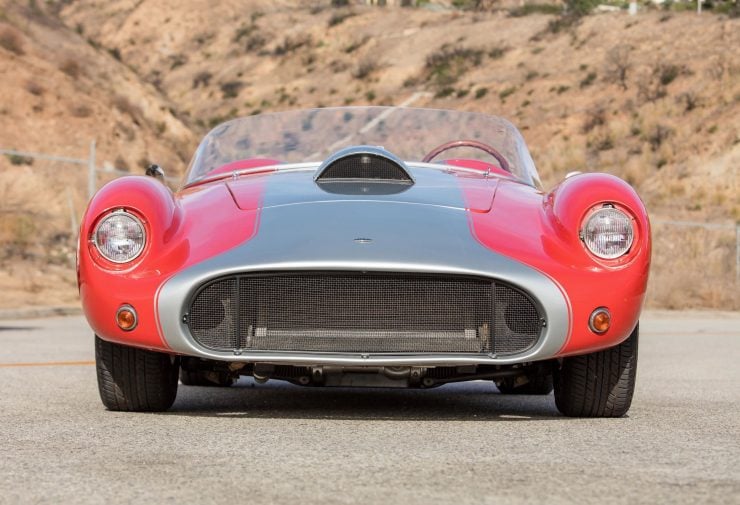 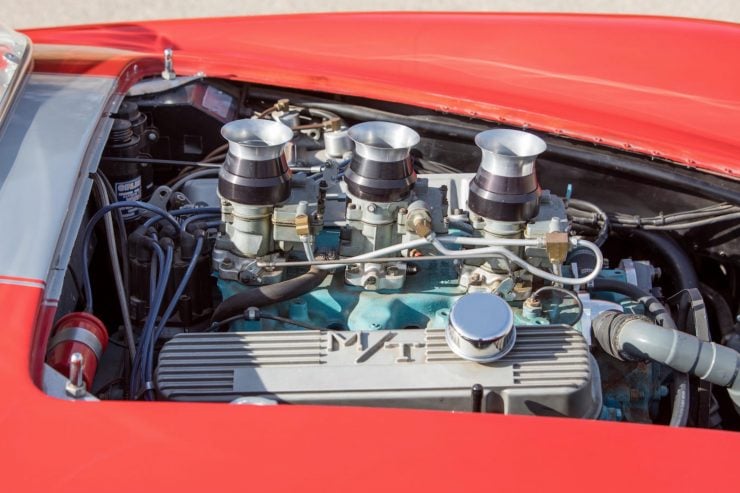 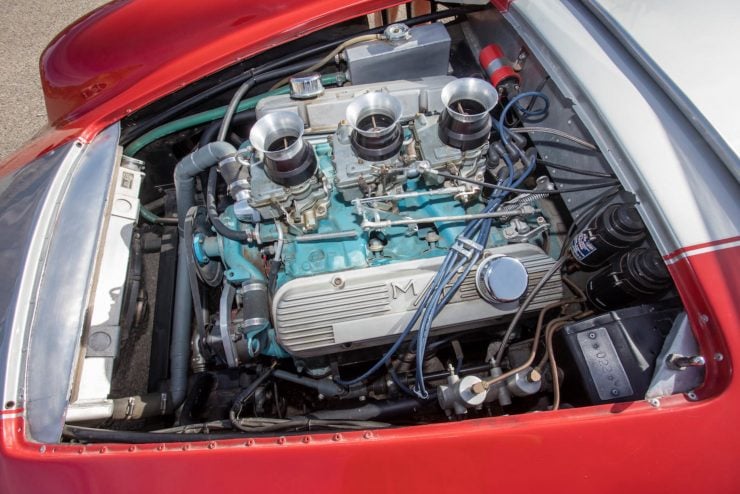 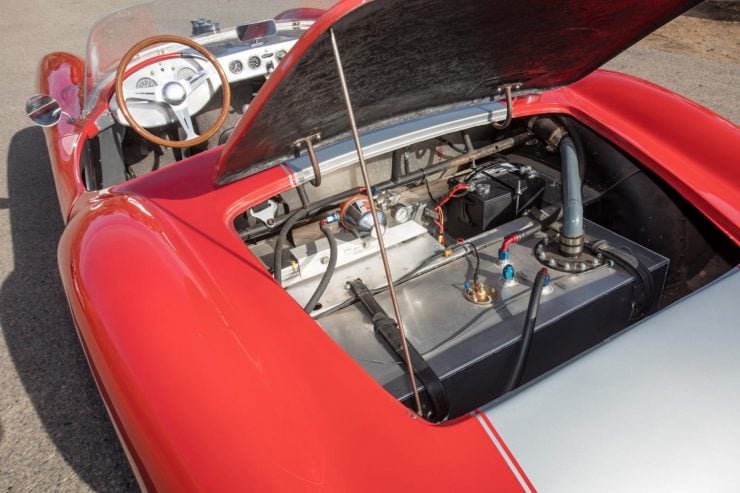 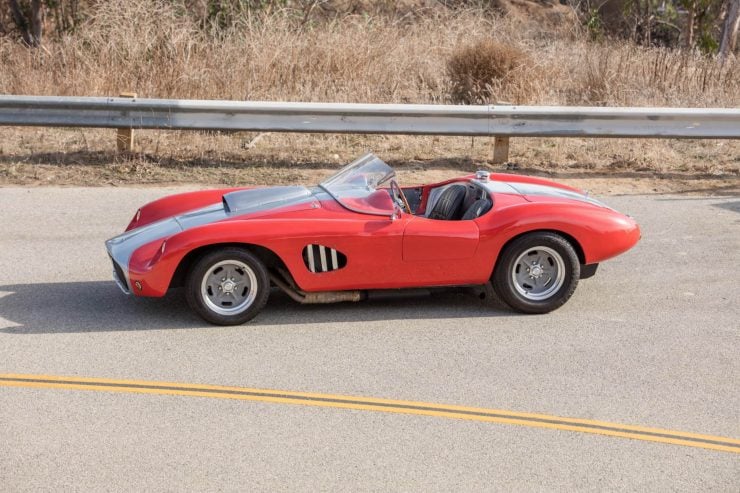 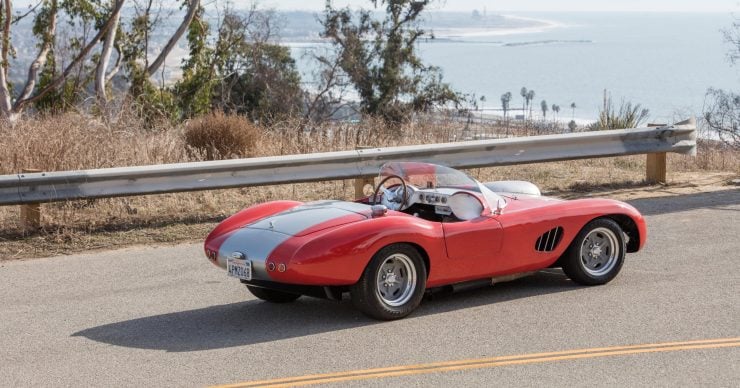 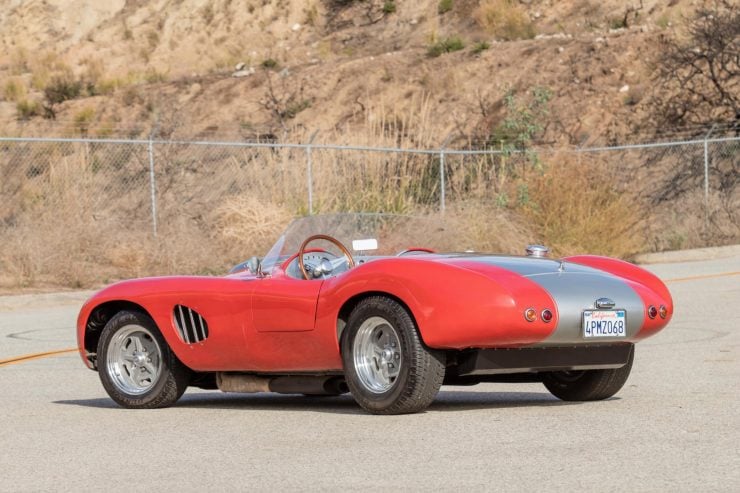 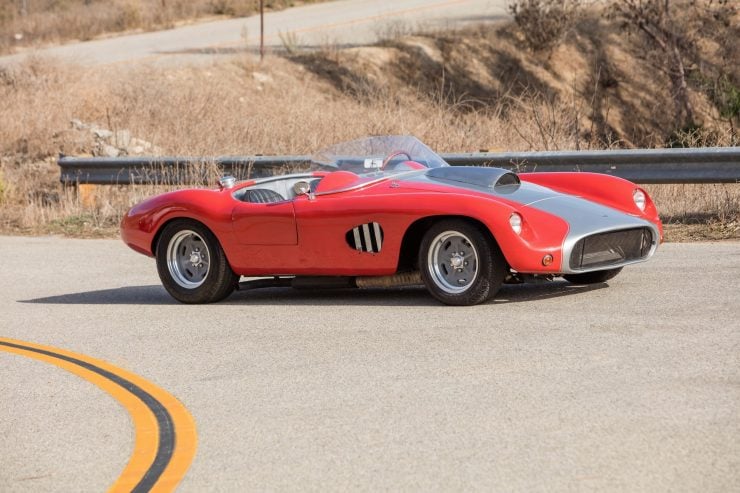 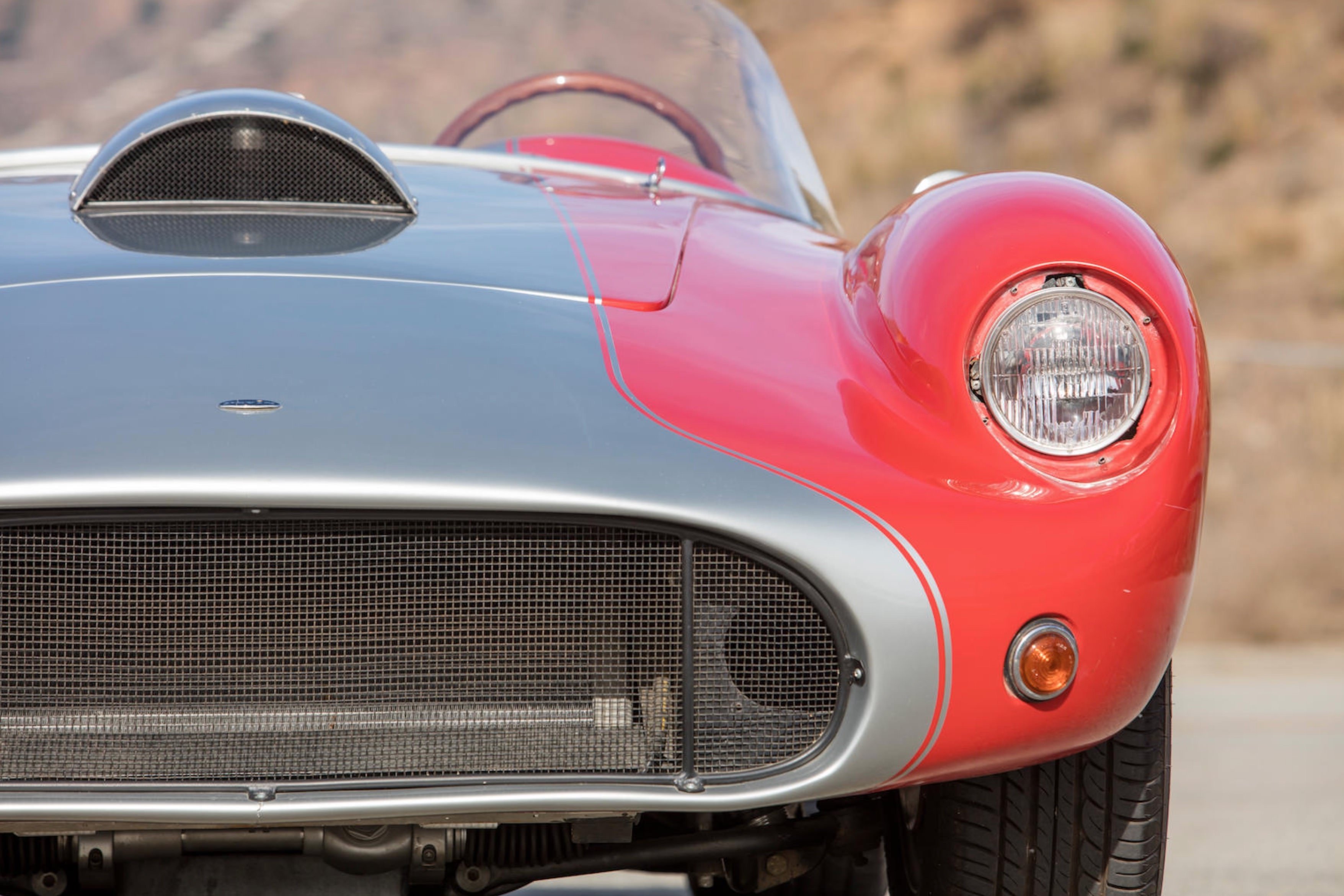