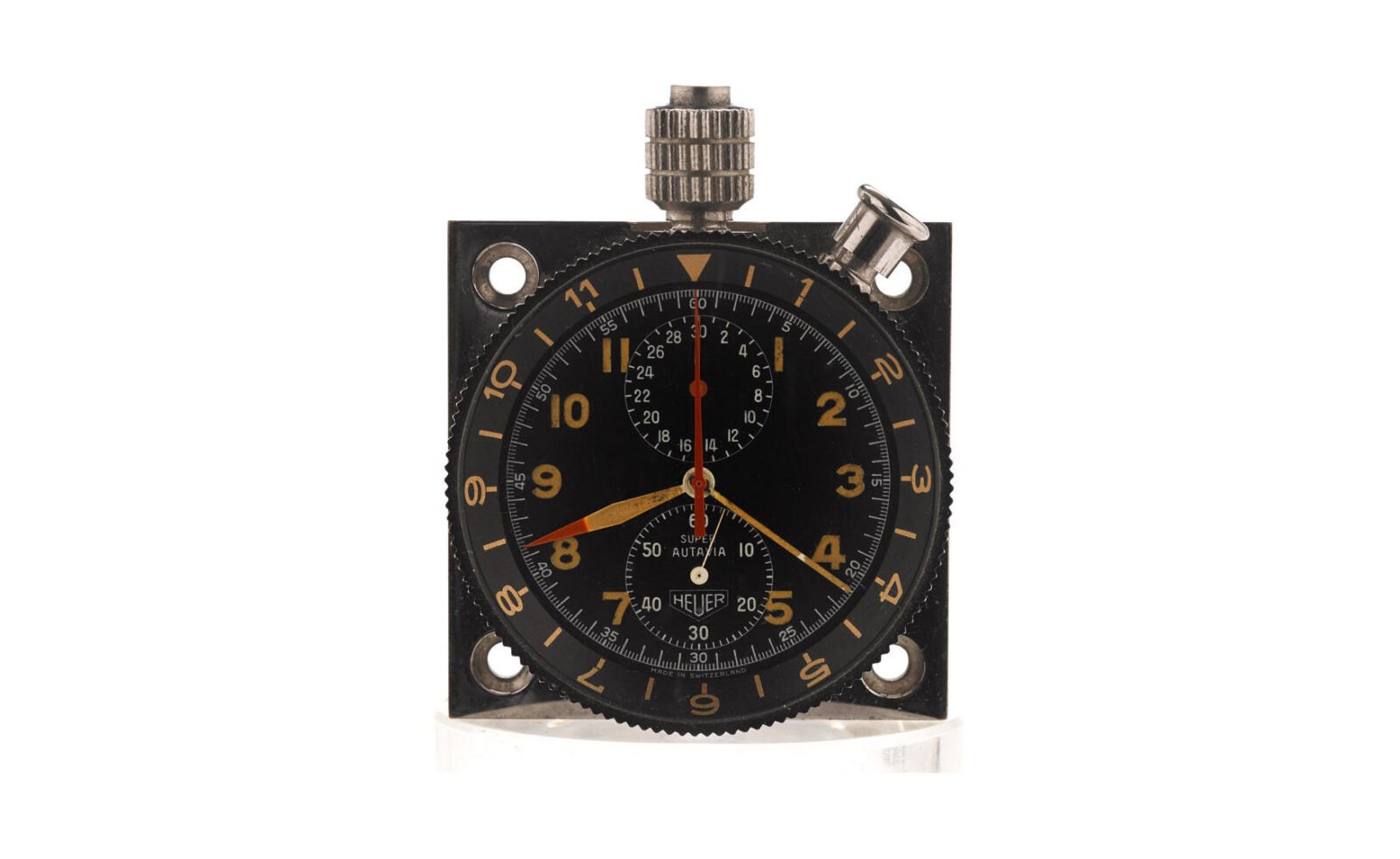 The dashboard chronograph was an essential part of the instrument cluster on cars in the pre-digital age, in fact they were probably more important than either the speedometer or tachometer.

The Heuer ‘Super Autavia’ dashboard chronograph you see above is an original unit from 1959, it has a normal clock on the main face and a secondary stage timer on the two smaller dials, once recording hours and one recording minutes – useful for keeping an eye on your Mille Miglia or Targa Florio stage times.

It’s fully functioning and is due to be sold at the Quail Lodge Auction on the 15th of August 2014, click here to take a look at the listing. 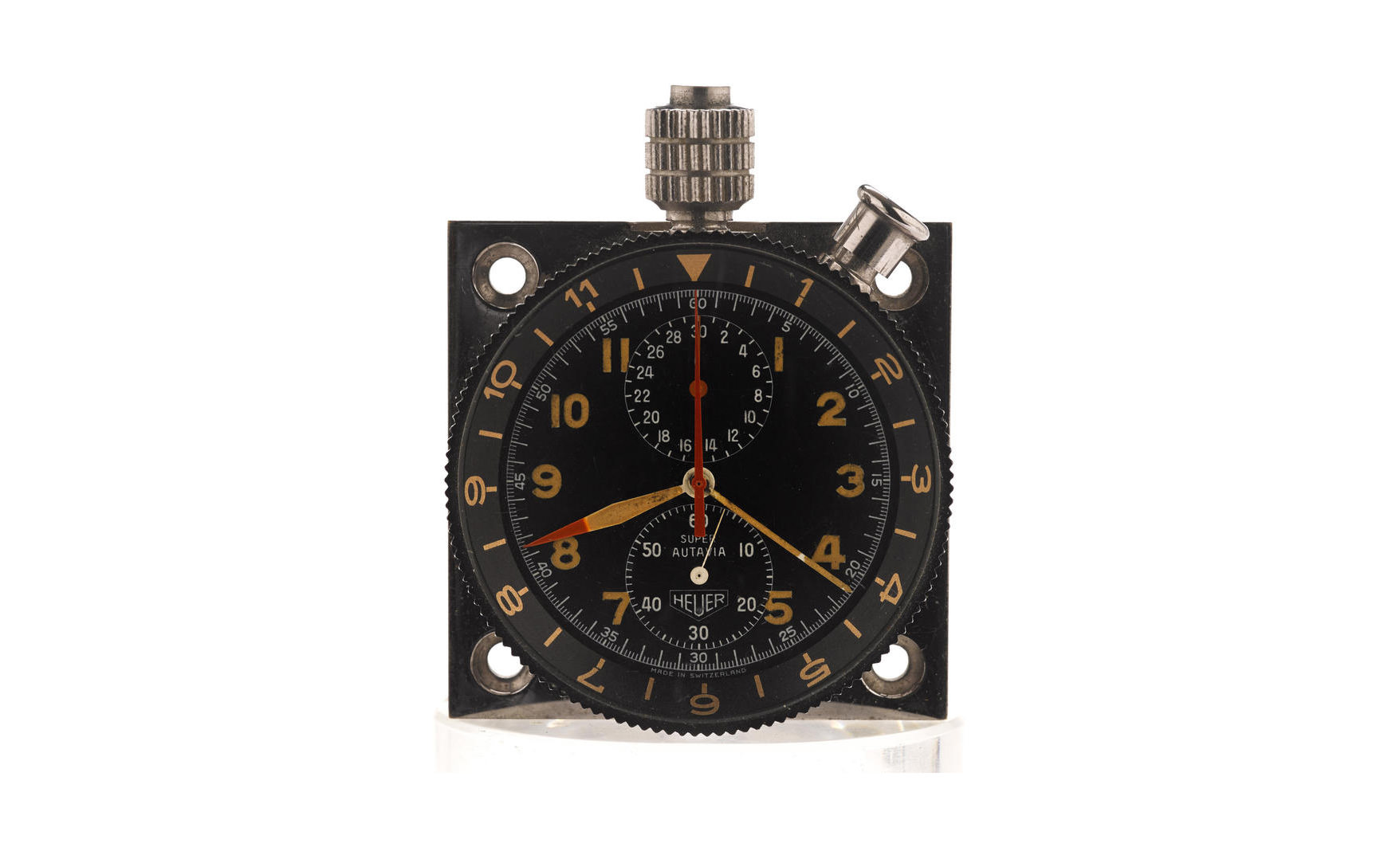