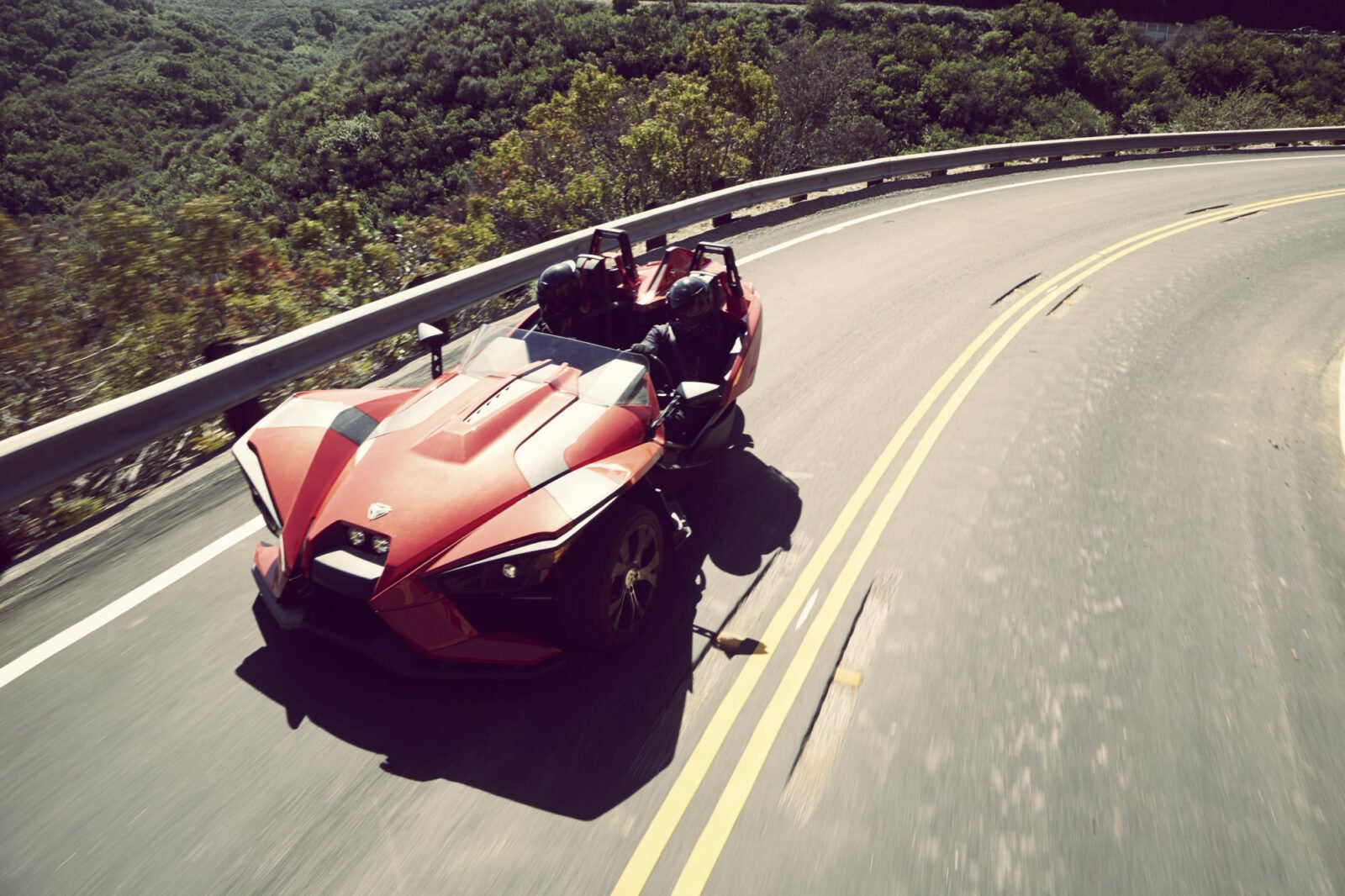 It isn’t widely known that when the automobile was first invented, it had 3 wheels. Karl Benz called it the “Benz Patent Motorwagen” and it was first shown to the public by Mr Benz and his wife in 1885.

Since then we’ve seen a huge range of 3-wheeled vehicles, perhaps most famously the Morgan Three-Wheeler, and the slightly awkward Reliant Robin of Top Gear and Mr Bean fame. What we hadn’t seen until the Slingshot came along was a 3-wheeled design that genuinely attempted to create a modern performance roadster, using the benefits afforded by the lower weight of the 3-wheeled design.

The Polaris Slingshot is powered by a 173hp/2.4 litre DOHC engine mated to a 5-speed manual transmission, power is fed to the single rear wheel via a carbon fibre reinforced belt drive and it’s all bolted to a lightweight space-frame chassis. The seating capacity is 2, the gross weight is 1,700lbs (771kgs) and it’s licensed as a motorcycle rather than a car – due to the fact that it’s classed as a tricycle.

The Slingshot was only released yesterday, so it’s still early days for the new roadster, though it’ll be interesting to see if a dedicated track-day car will catch on in the United States. In Britain they’ve proven to be hugely popular and with a relatively low starting MSRP of $19,999 USD – the new 3-wheeled Polaris could create itself an interesting new niche. 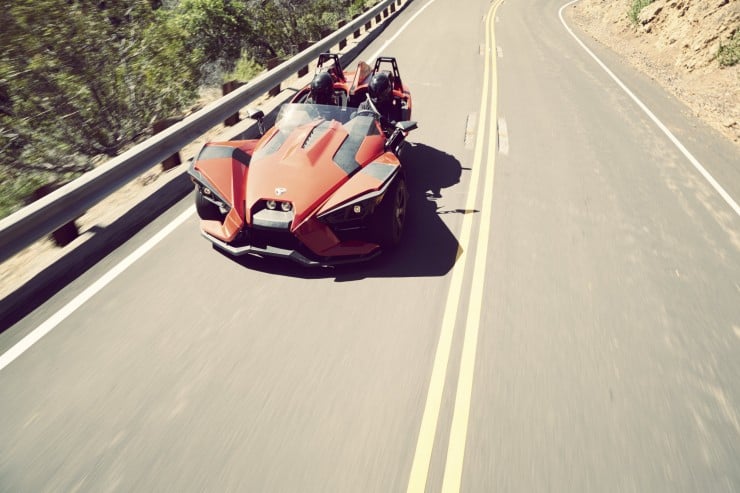 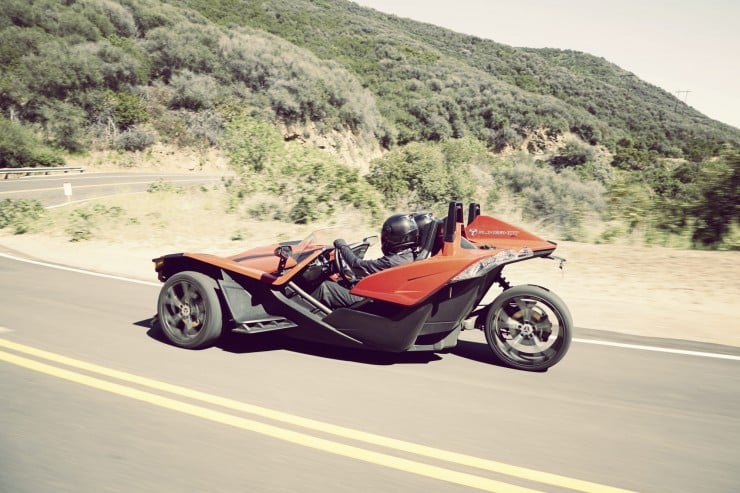 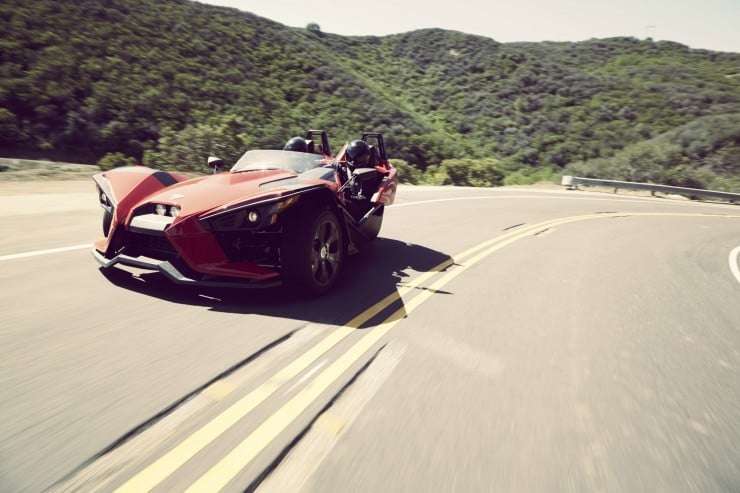 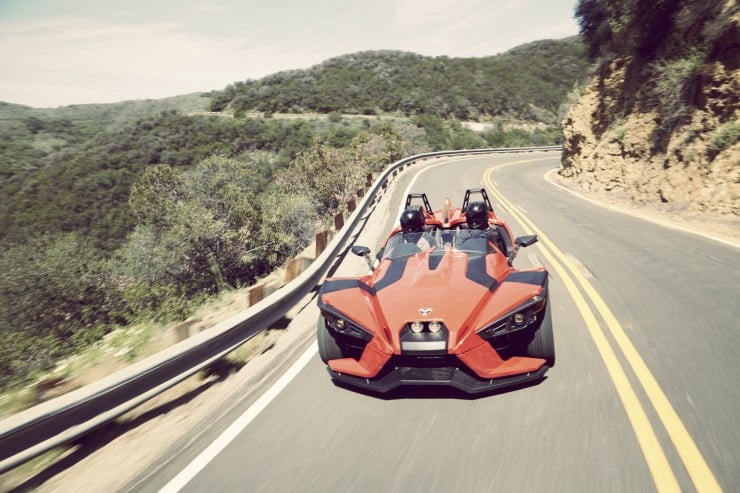 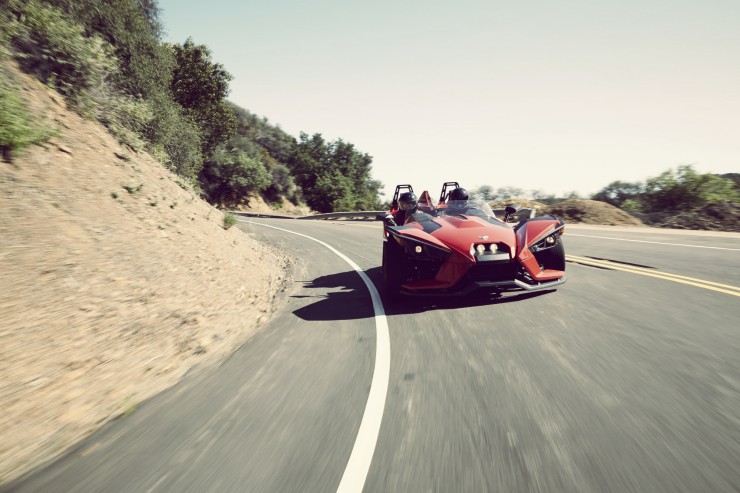 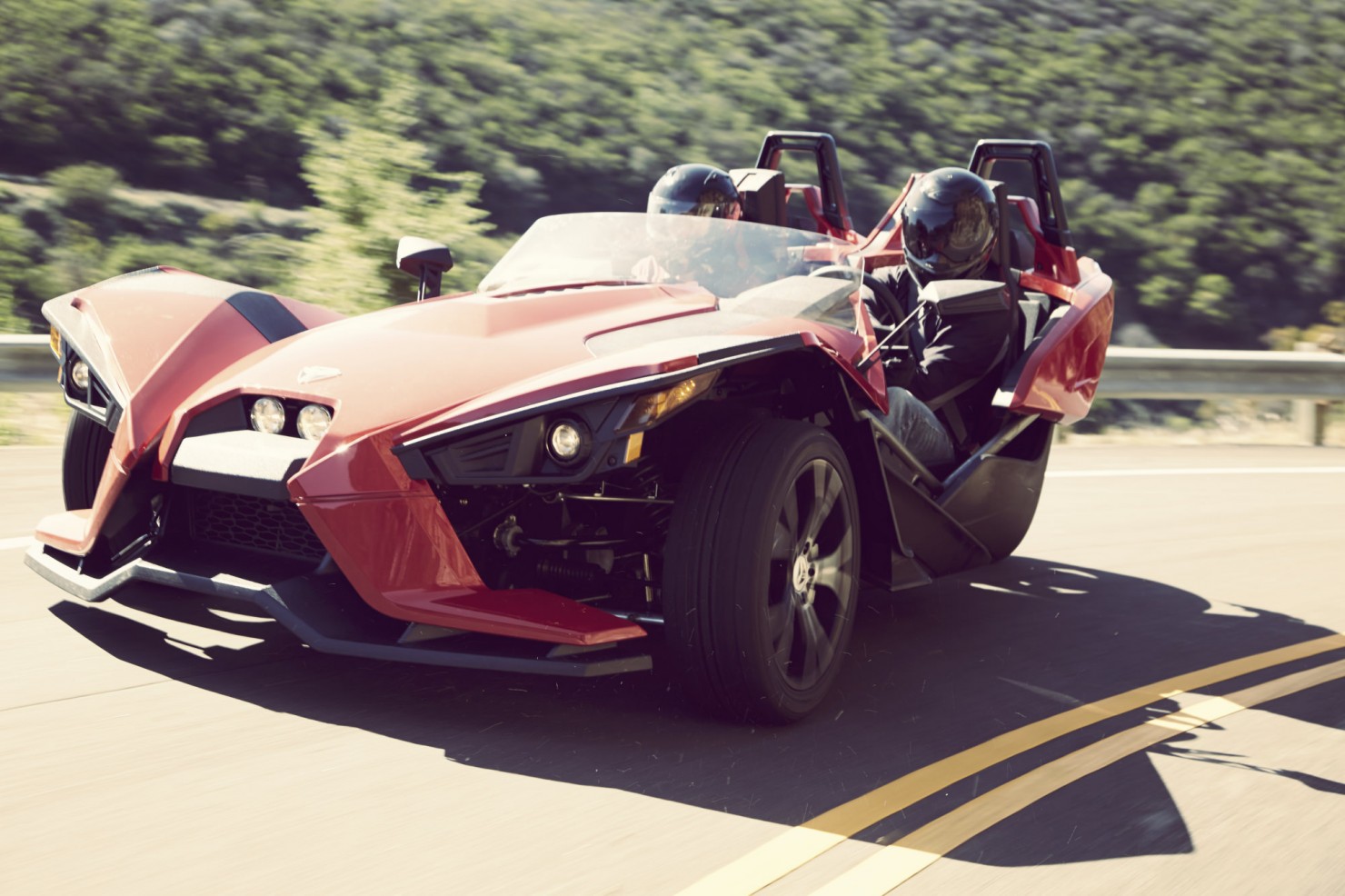 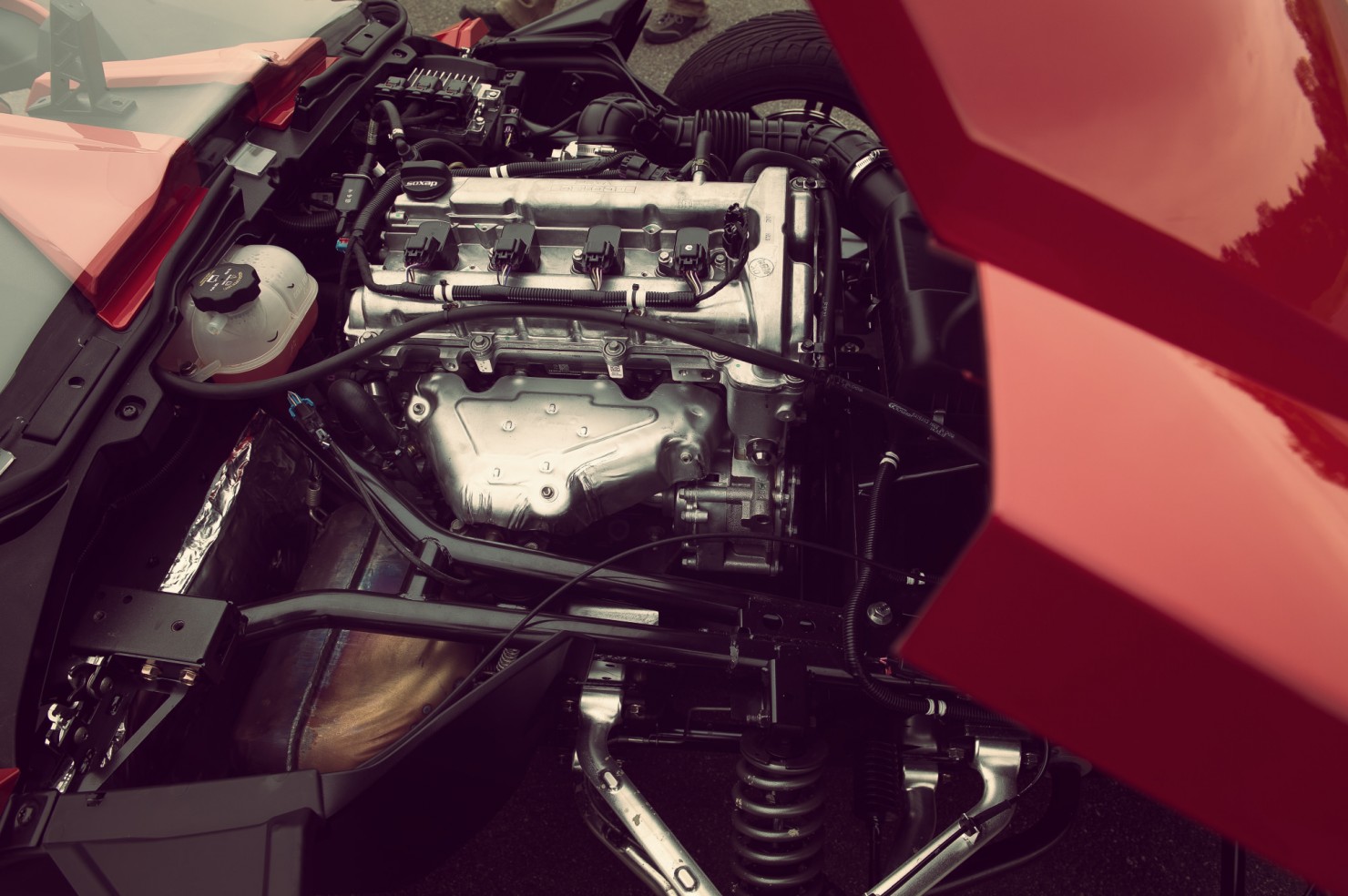 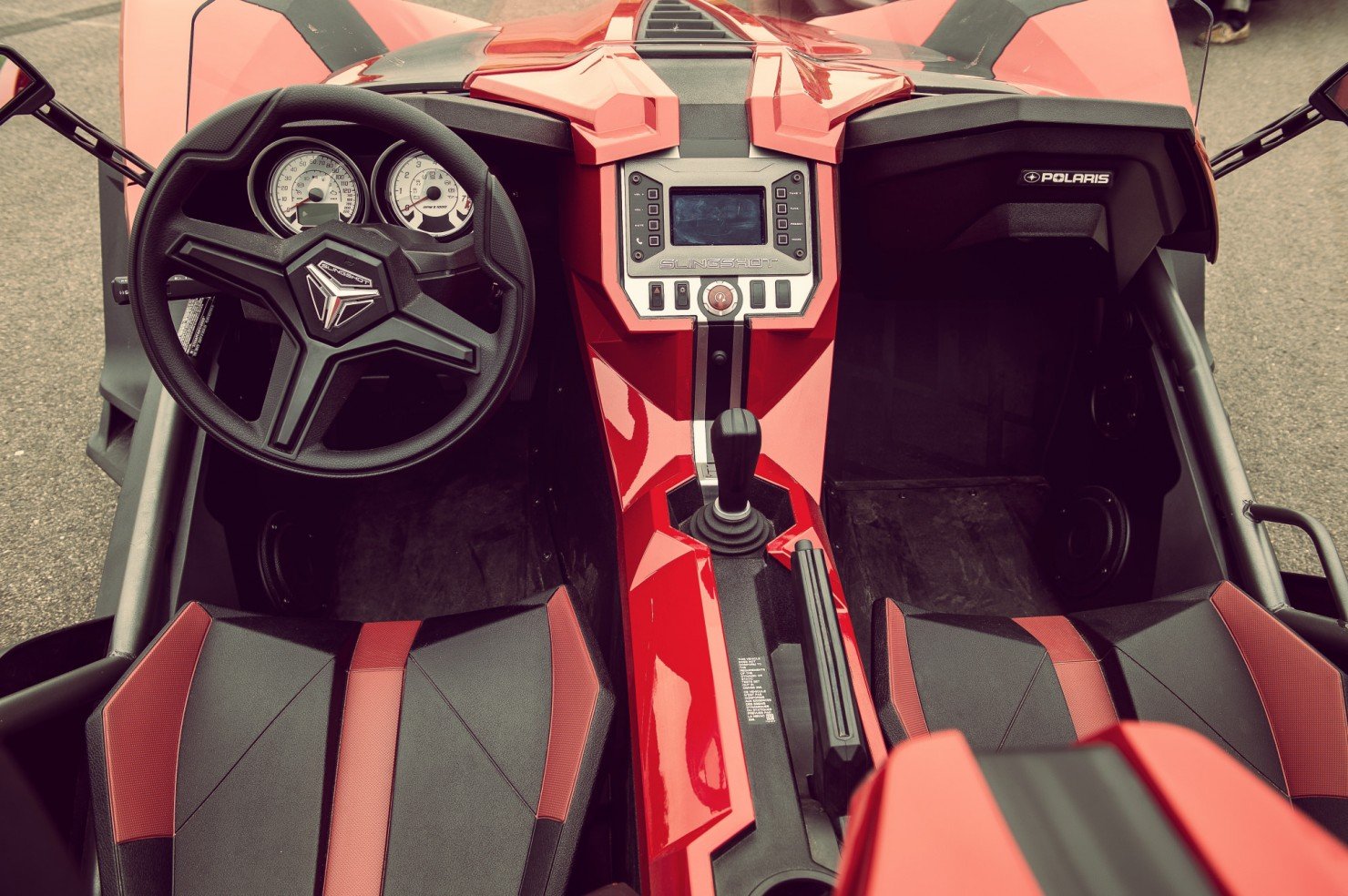 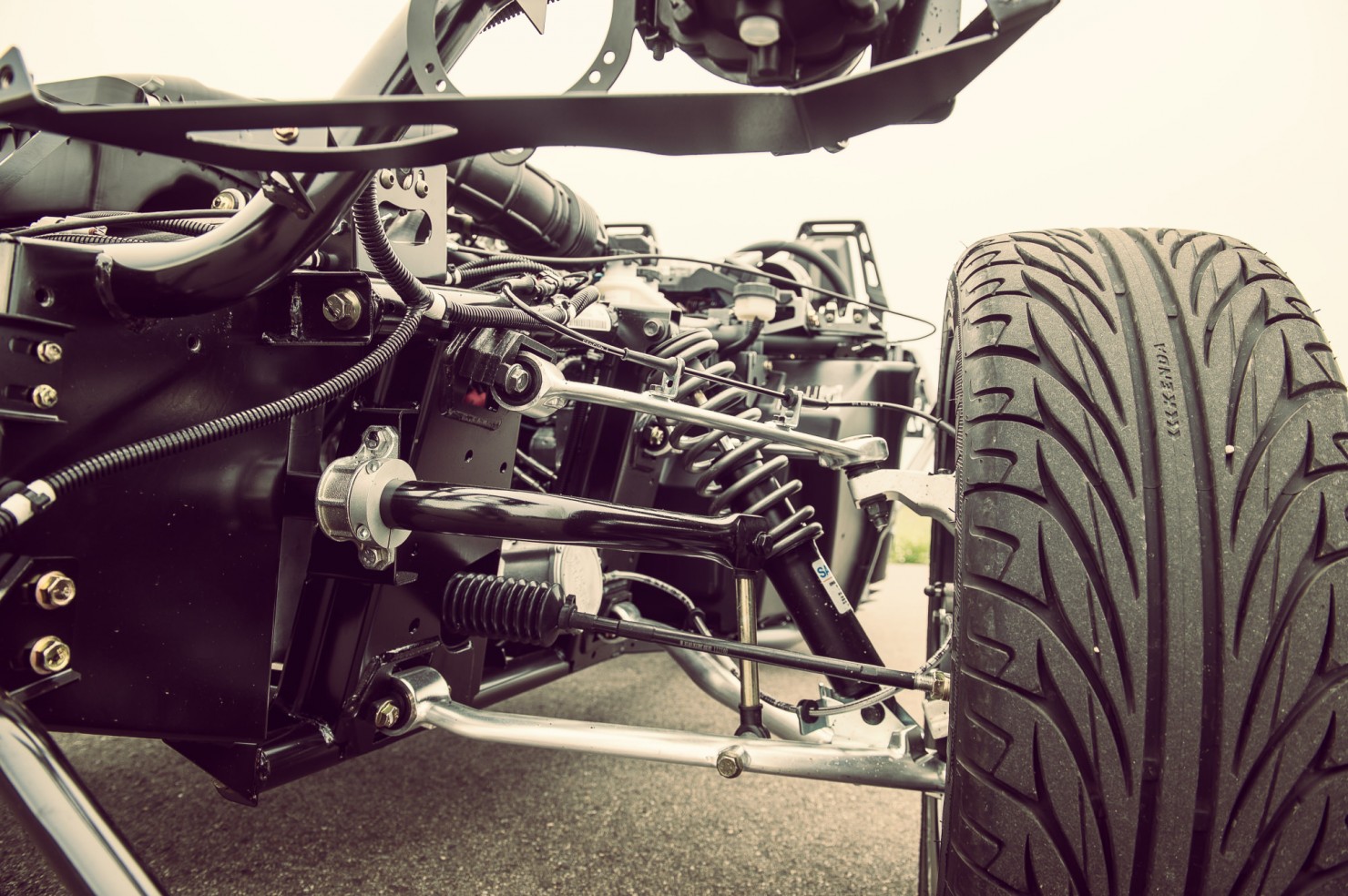 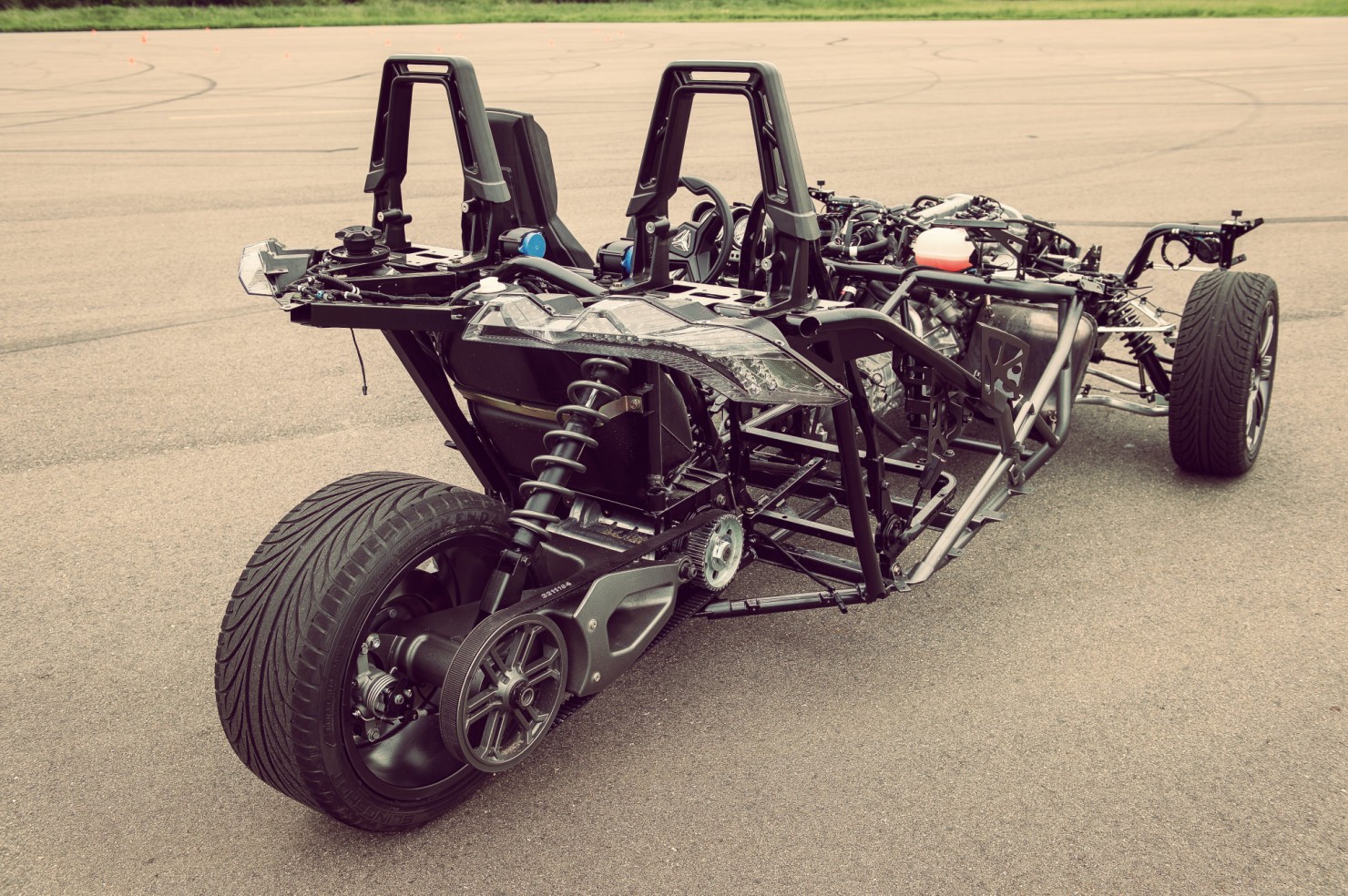 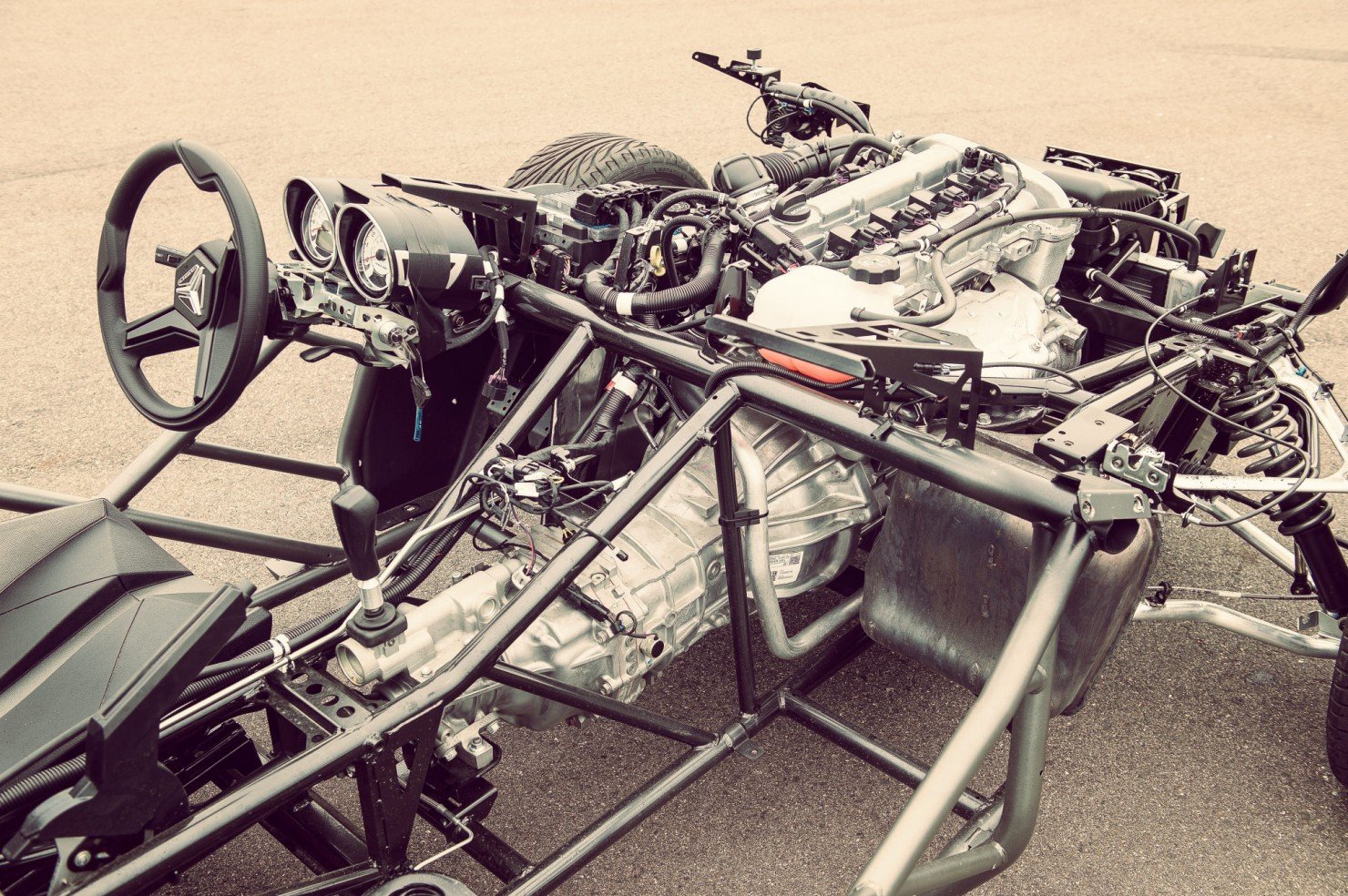 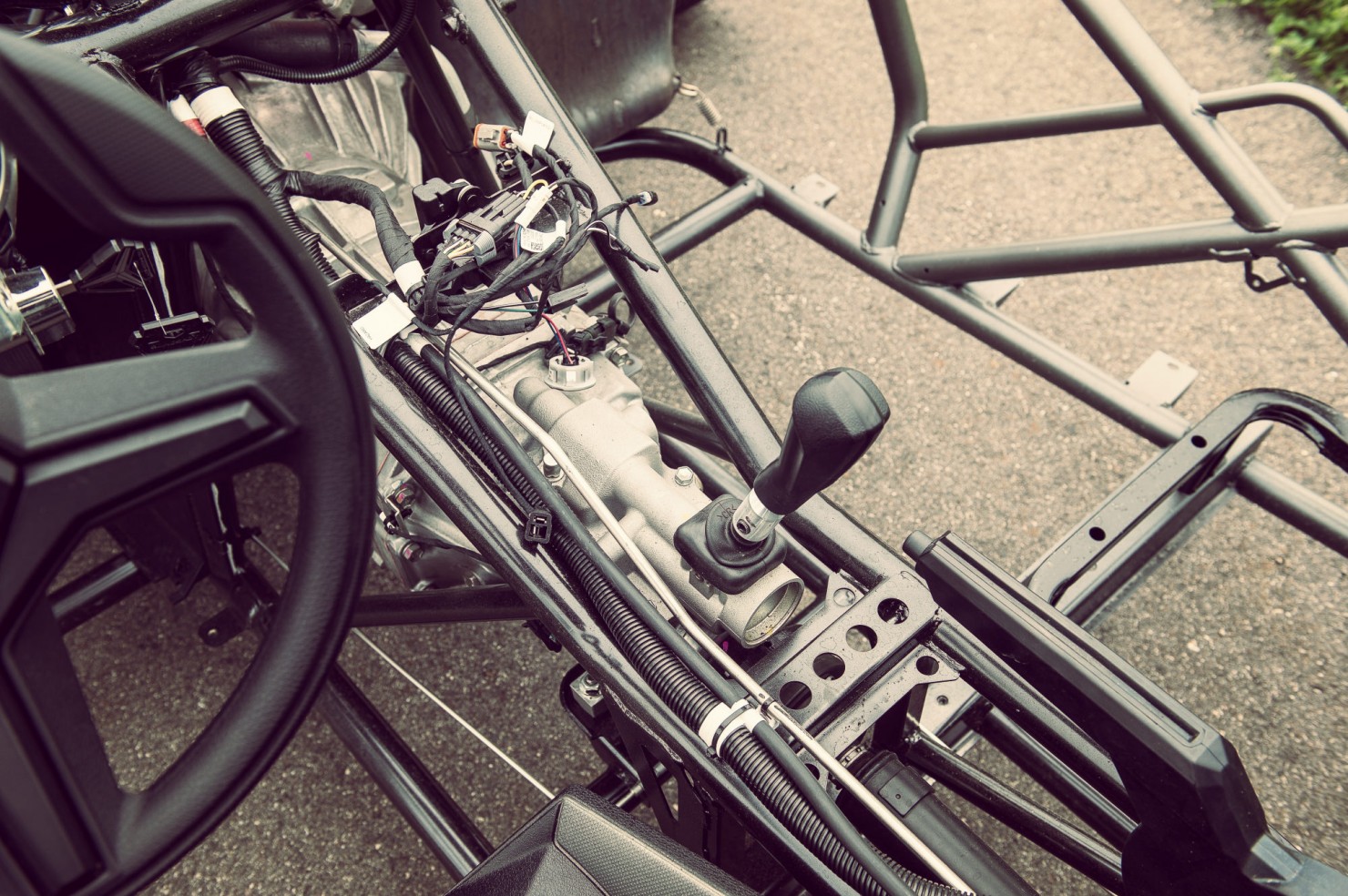 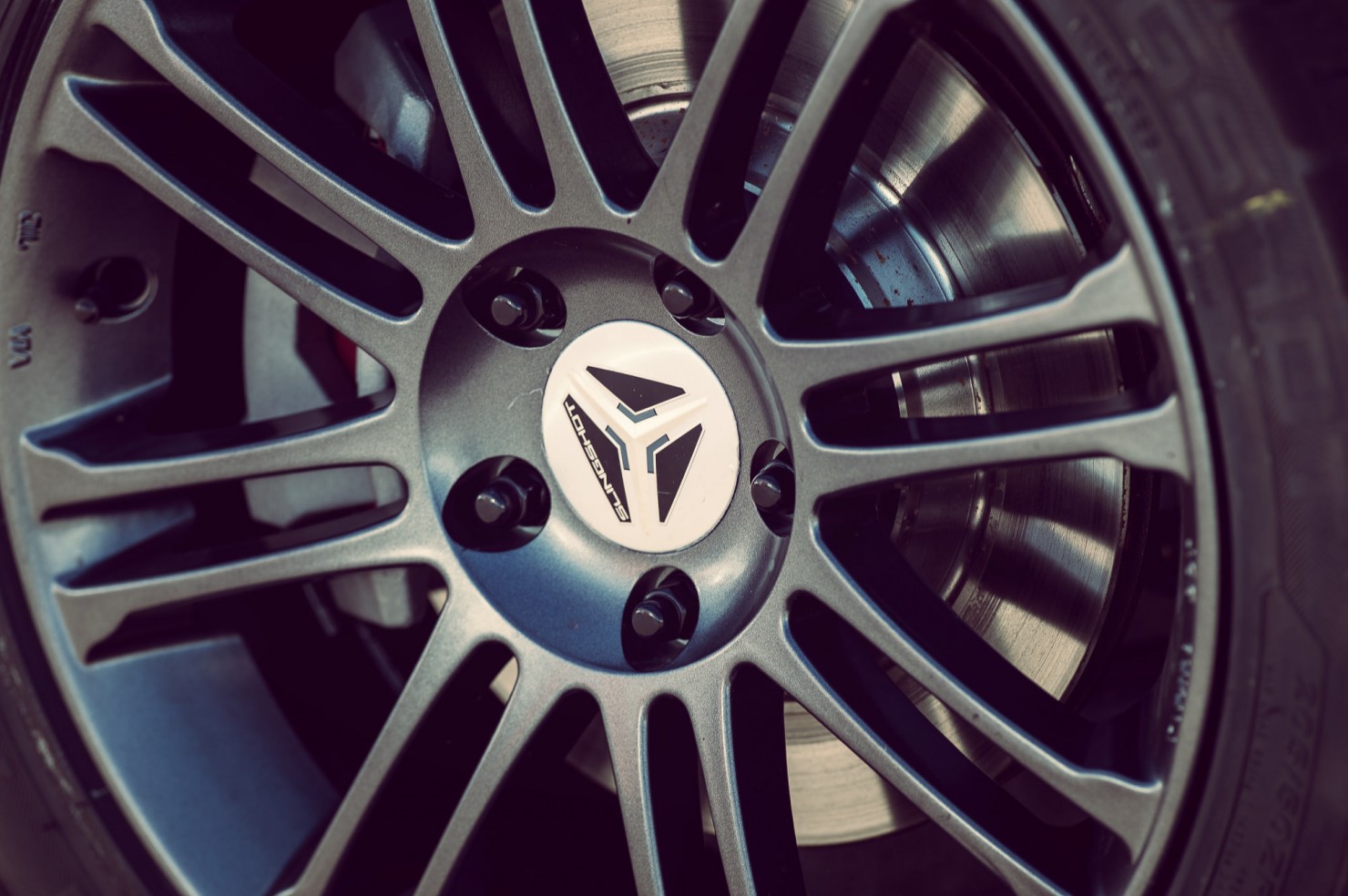 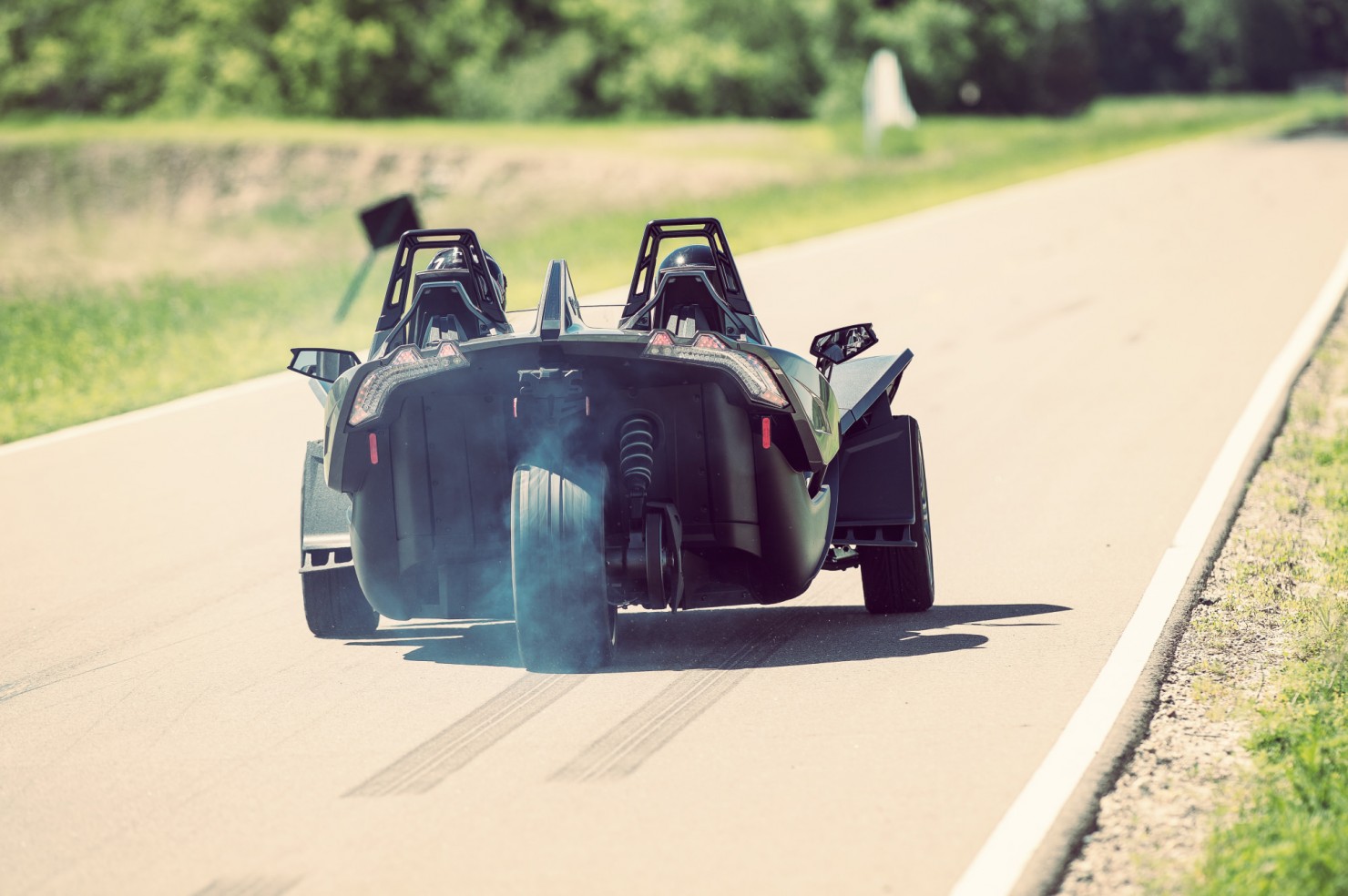 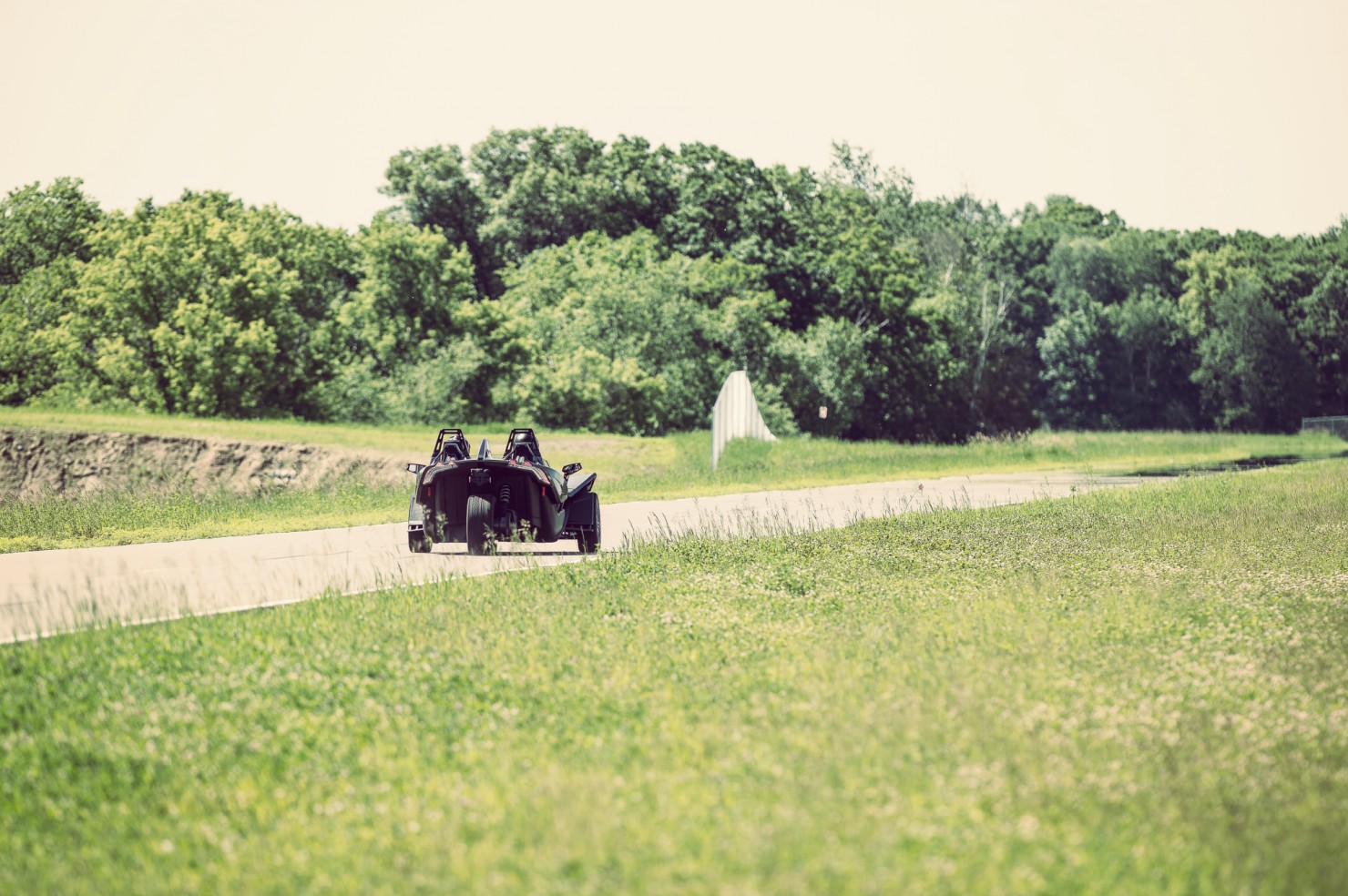 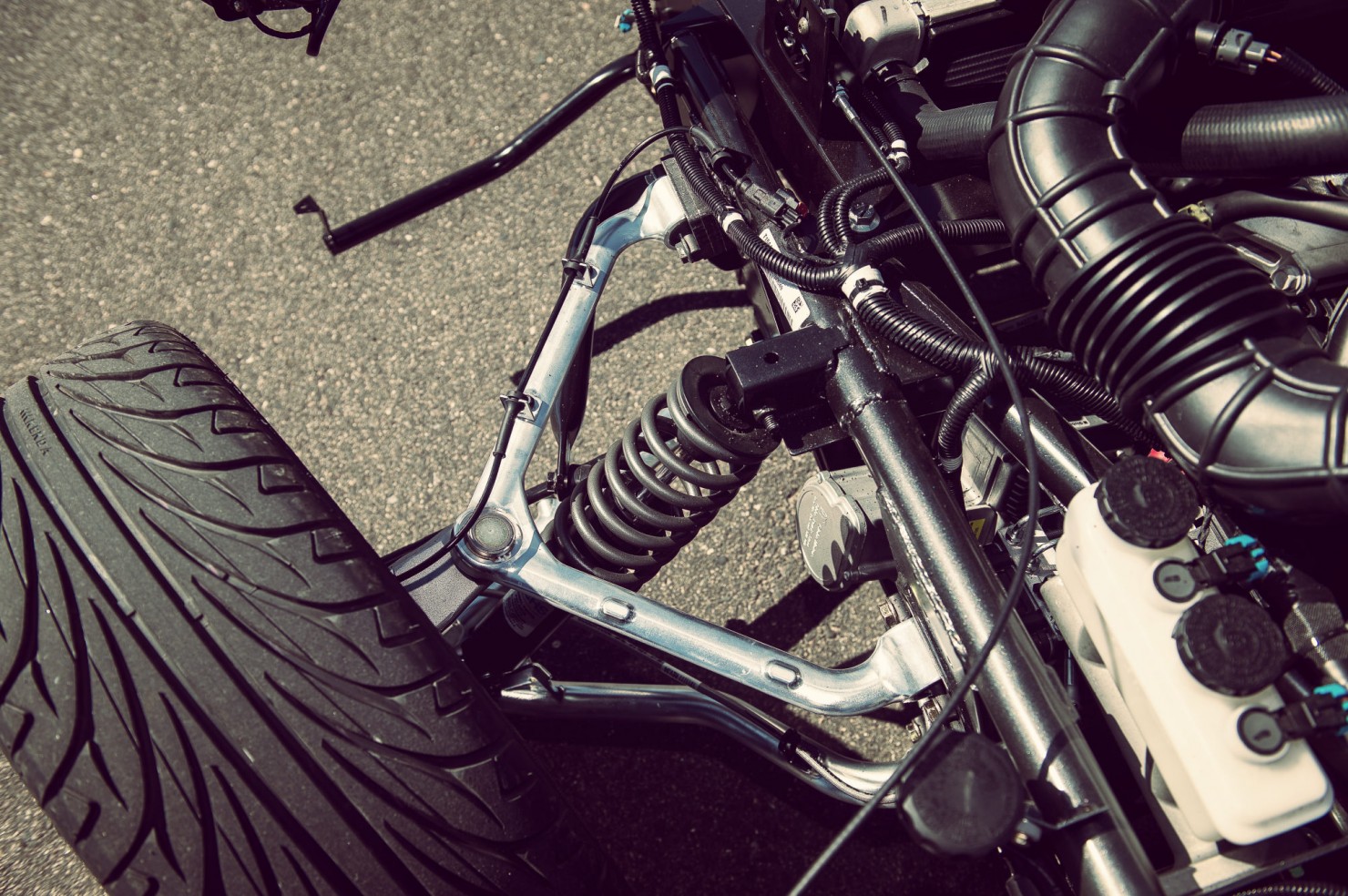 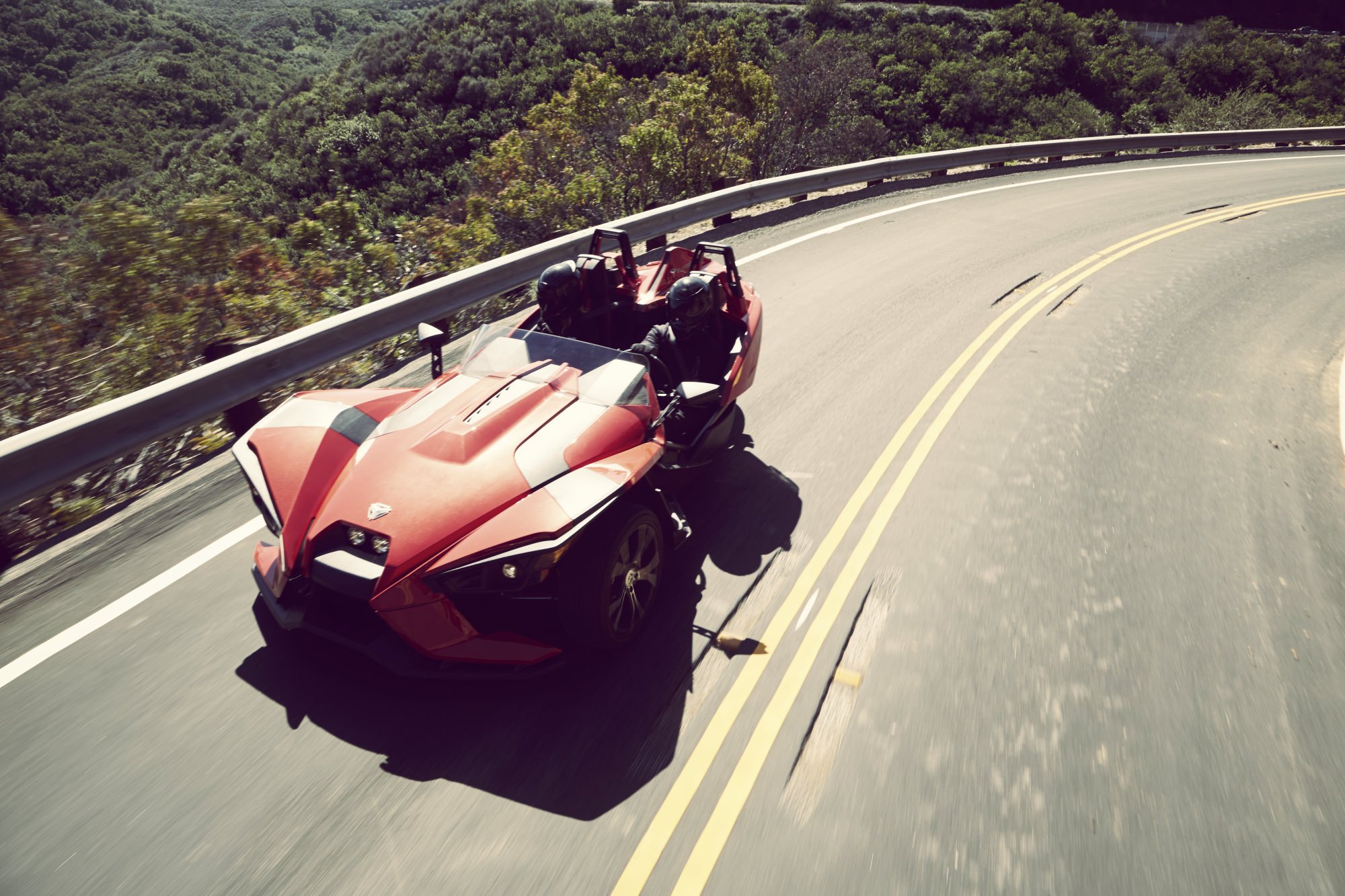 Published by Ben Branch - July 28th 2014
Related Posts
A Teledyne Continental Cheetah Prototype: The 4×4 That *Could* Have Been The Humvee