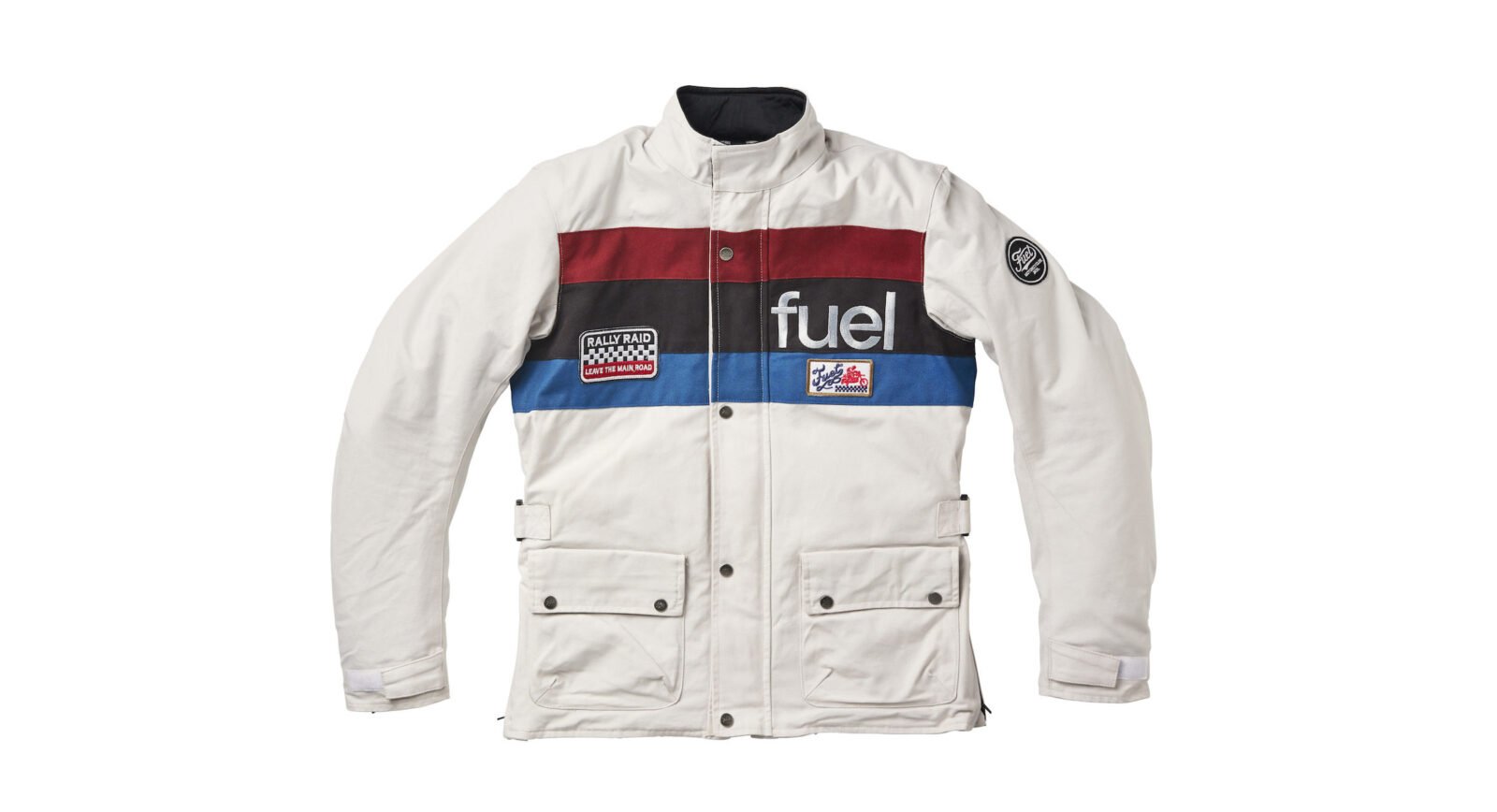 The team at Fuel are all avid motorcyclists, they started out building world-class custom motorcycles, they then founded the annual Scram Africa Rally, and more recently they began developing their own line of in-house designed motorcycle gear.

All of the gear made by Fuel is tested extensively before the final version is released, testing takes place on the street, off road, and across the Sahara Desert.

The Fuel Rally Raid Jacket was specifically designed for use on and off road, the team at Fuel wanted to create a jacket they could wear during Scram Africa when they cover thousands of miles across the Sahara on a wide variety of motorcycles. 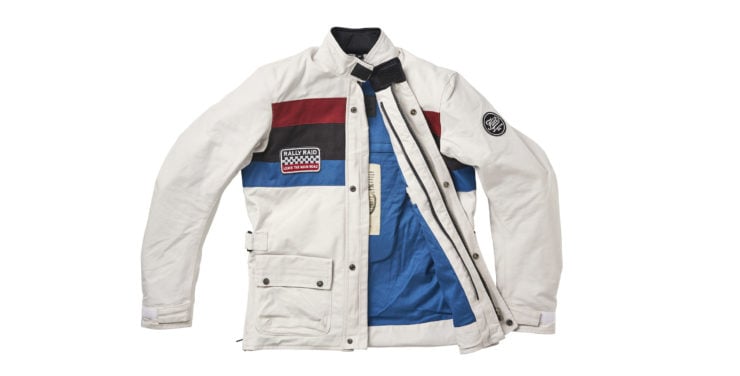 The outer shell of the jacket is made from a blend of heavy cotton and polyamide for optimal breathability and abrasion resistance. Under this layer you’ll find a waterproof and breathable membrane, there’s also a removable thermal liner with ribbed wrist cuffs for riding in winter and cooler climates. The main color used is white as it reflects heat and helps to keep riders cooler in direct sunlight.

Fuel includes a full assortment of removable CE Level 2 body armour with each Rally Raid in the shoulders, elbows, and back. In order to ensure that each owner can tailor their jacket to their own body shape, Fuel have included adjustment straps at each side of the torso, as well as hem zippers on each side, and adjustable cuffs. This also allows owners to adjust the fit of the jacket when they’re wearing more or less in the way of under layers in different weather conditions.

The jacket has a main heavy duty YKK zipper with a double storm flap for keeping out the wind and rain, the two front pockets and large rear pocket are fully waterproof with a waterproof flap, zipper, and inner membrane. There’s one inner pocket as well for phones, wallets, or other valuables.

The Rally Raid Jacket is a CE Level A certified garment for motorcycle use, it can be worn alone or with the matching Rally Raid pants and gloves. Sizing ranges from S to XXL and there’s a handy sizing chart on the website allowing you to get a perfect fit first time. 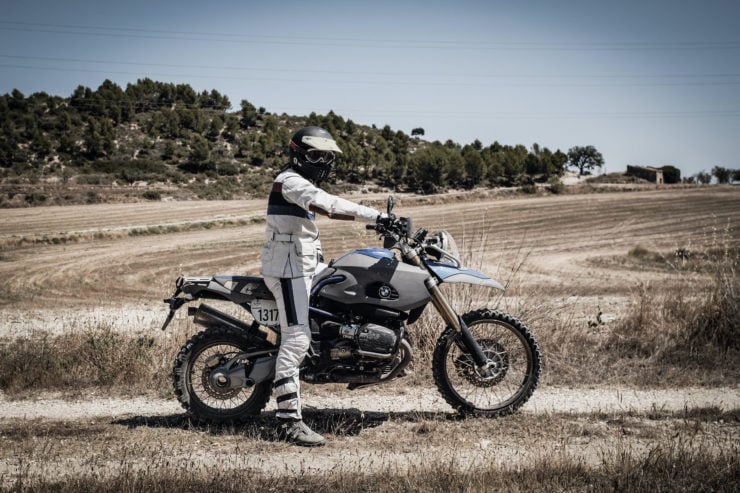 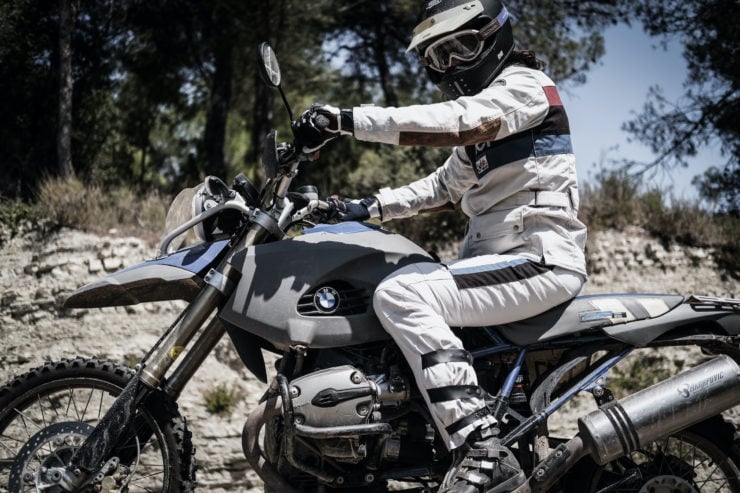 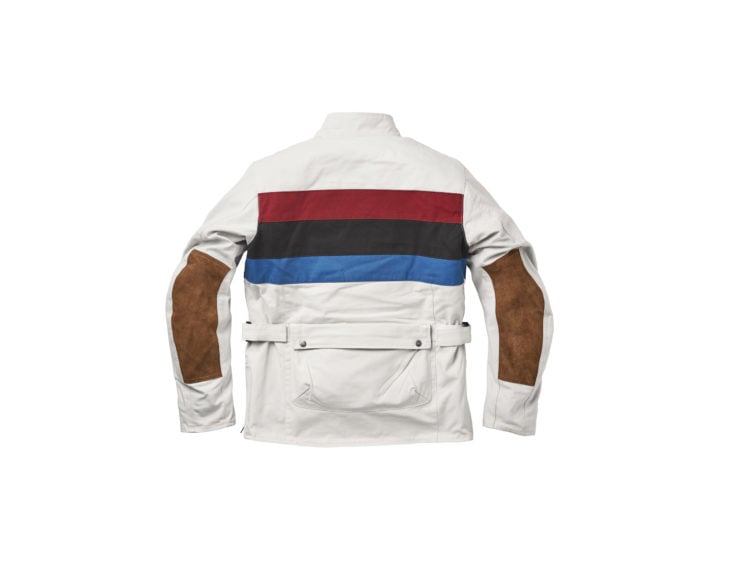 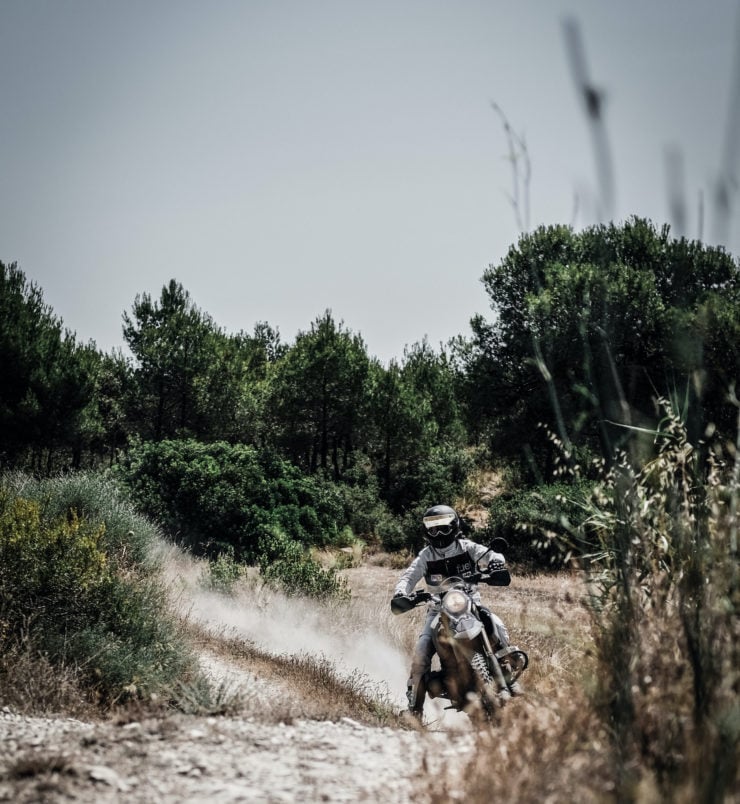 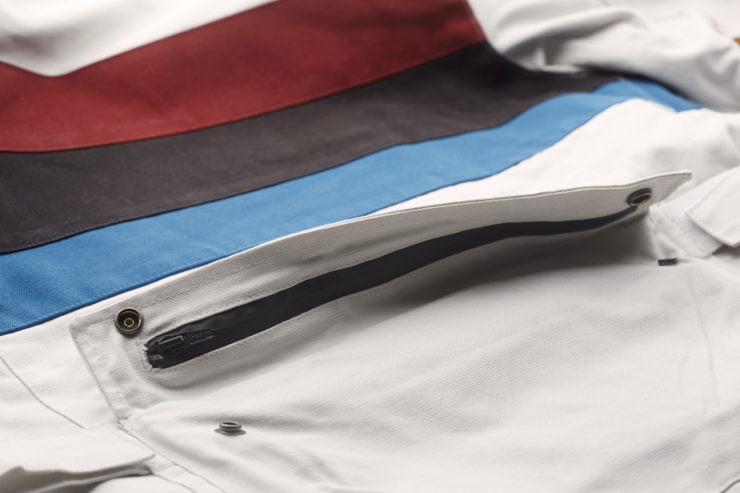 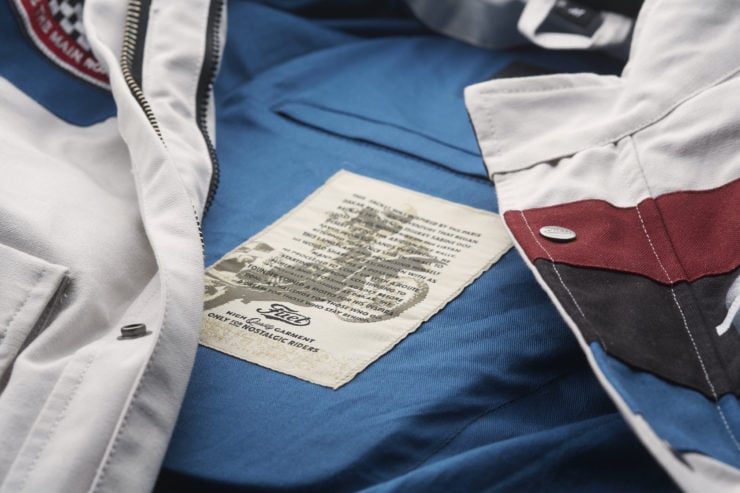 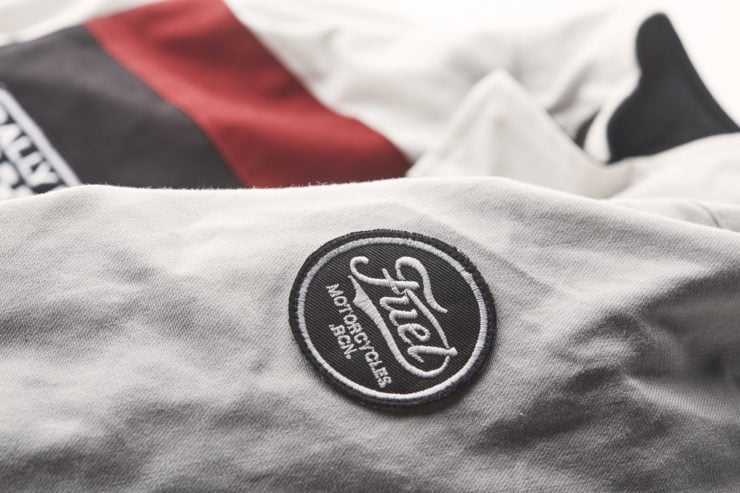 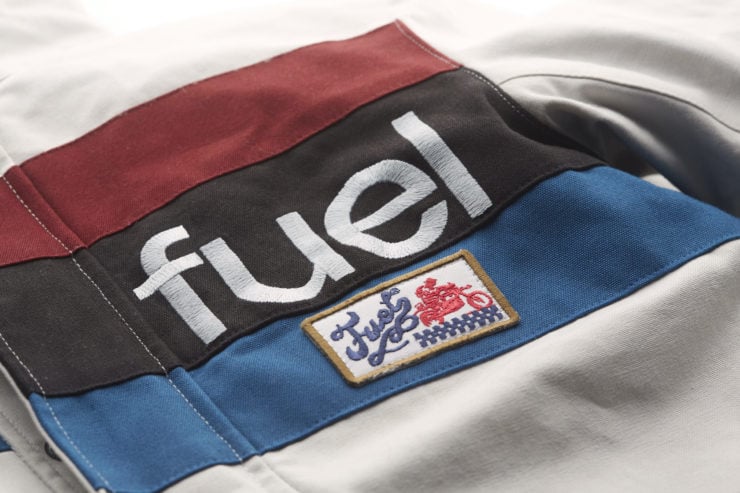 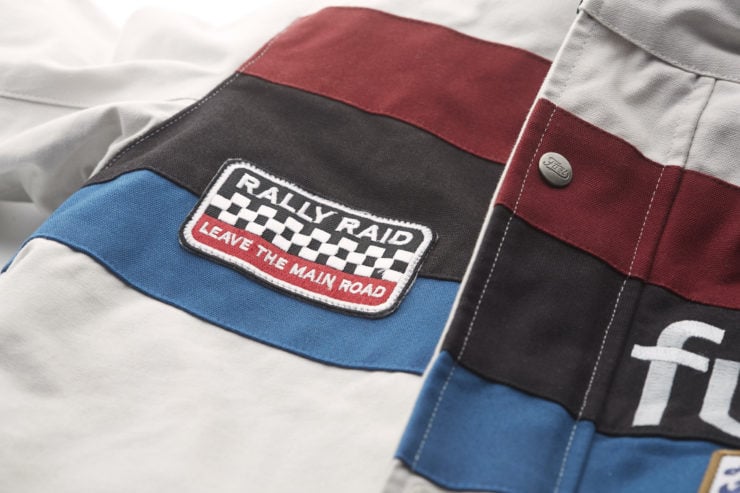 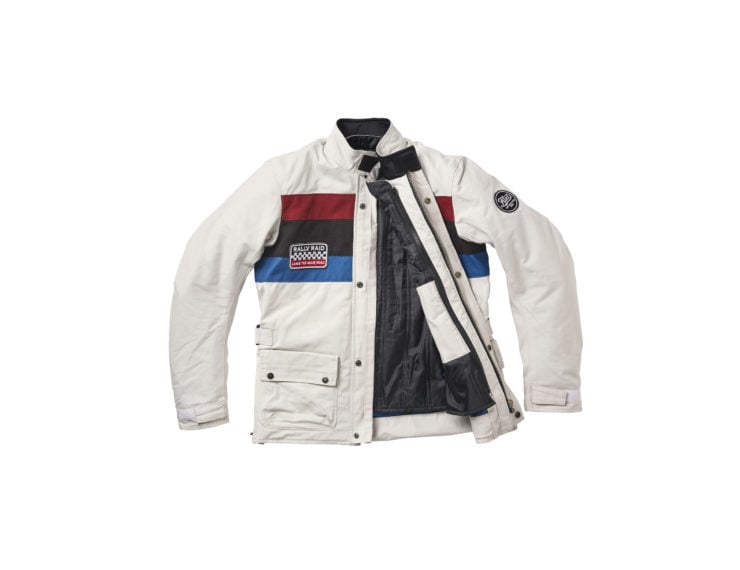 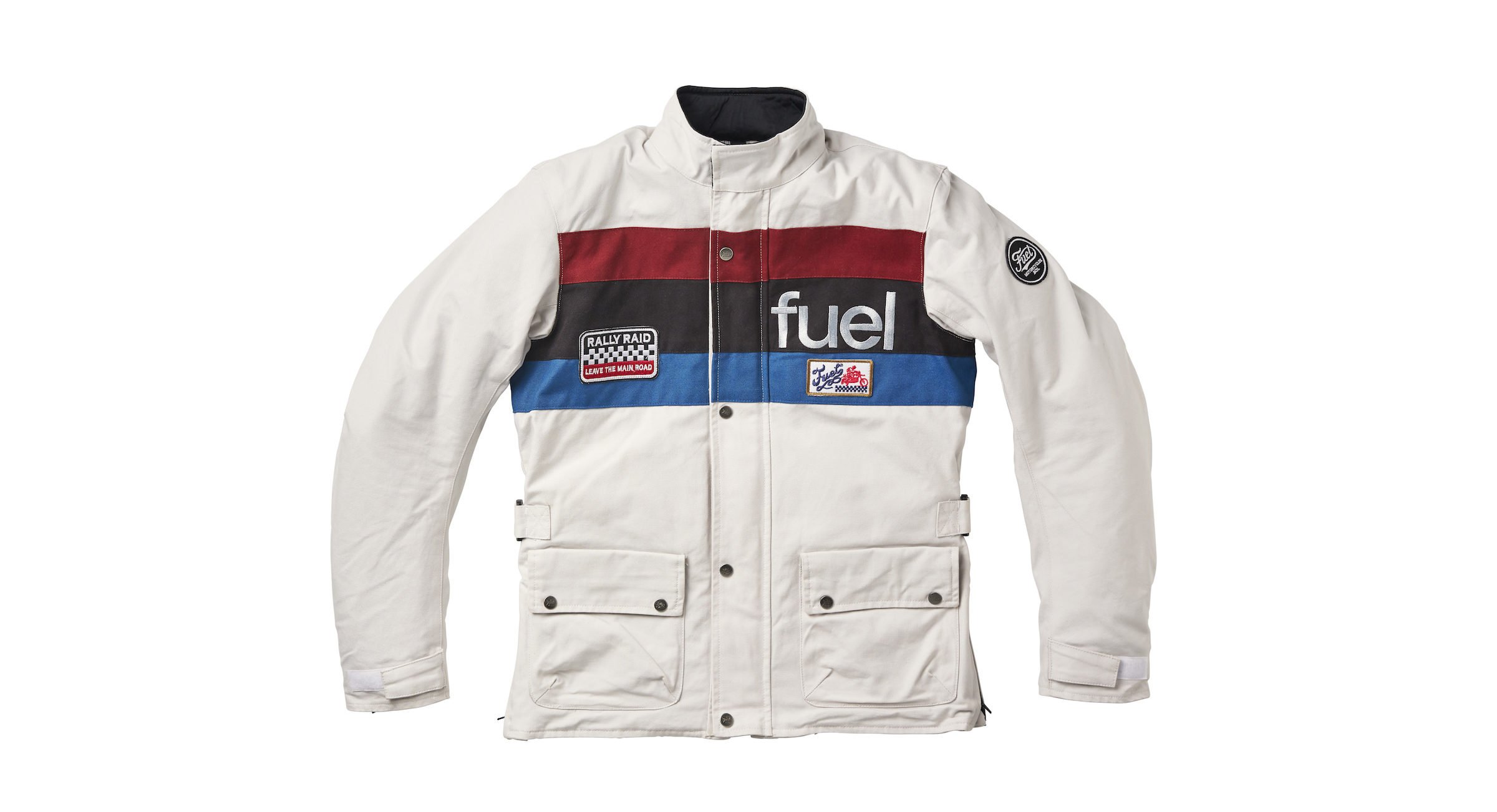