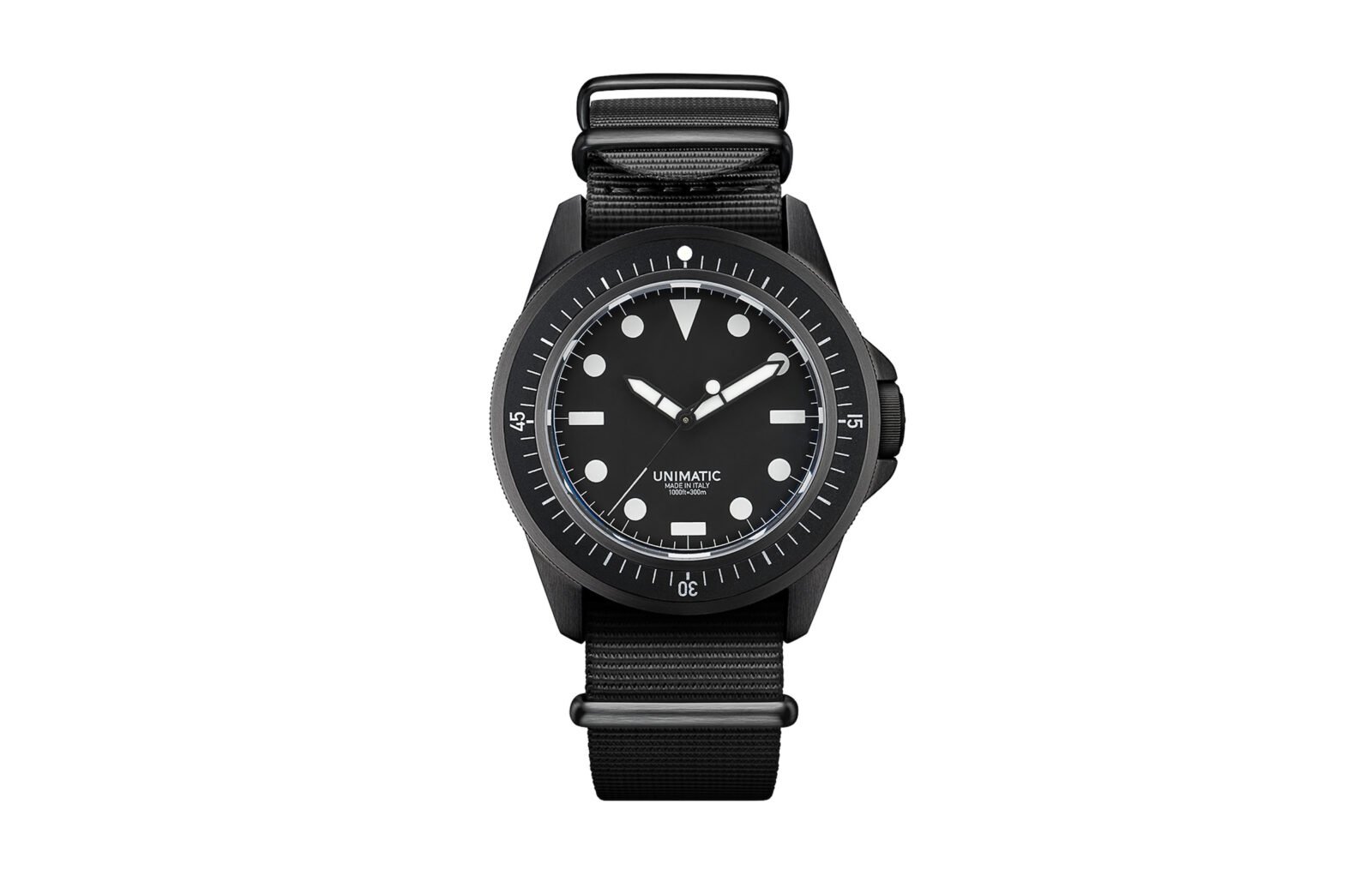 The Unimatic U1-FN is one of the latest offerings from the rapidly growing Italian watchmaker, it features minimalist military dive watch styling and a packed feature list that makes the $725 USD MSRP seem like a bargain. 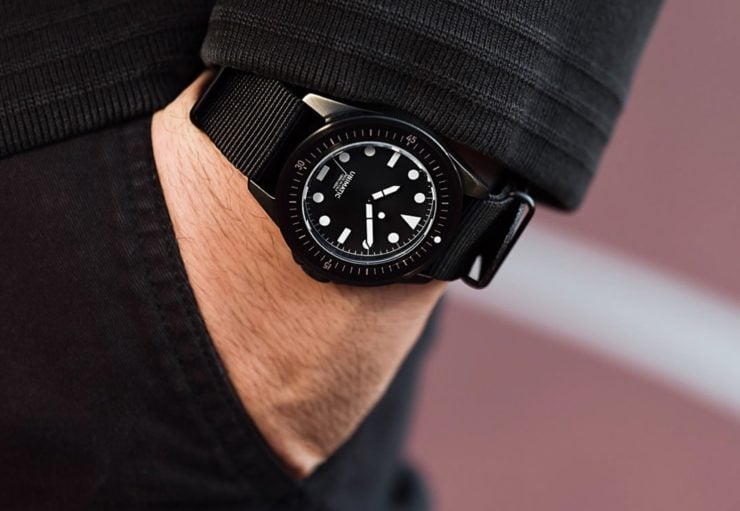 The U1-FN is water resistant down to 1000 ft (30 ATM), it has a case made from 316L stainless steel with a DLC black brushed finish, a double-domed sapphire glass with an anti-reflective coating, and a heavy-duty Unimatic nylon NATO strap.

The watch also has a screw-down case back with diving conversion scale, a stainless steel 120-click monodirectional dive timer bezel, as well as Super LumiNova® C1 on the hands and markings for nighttime readability.

Inside the U1-FN you’ll find a highly-regarded Japanese-made Seiko NH35A automatic mechanical movement, this is a movement that’s being used extensively in the premium watch world due to its combination of toughness and precision. As an automatic mechanical movement it winds itself automatically from the motion of your wrist, it contains 24 jewels, has a 41 hour power reserve, it can be hand wound, and it operates at 21,600 vibrations per hour (VPH).

Perhaps the biggest problem with the Unimatic U1-FN is that the company is only going to make 300 of them, so it’s not always easy to get one. If you do happen to get one it’s highly unlikely you’ll ever see another person wearing the same model. The team at Huckberry have a limited number of them available, but they won’t stay in stock long. 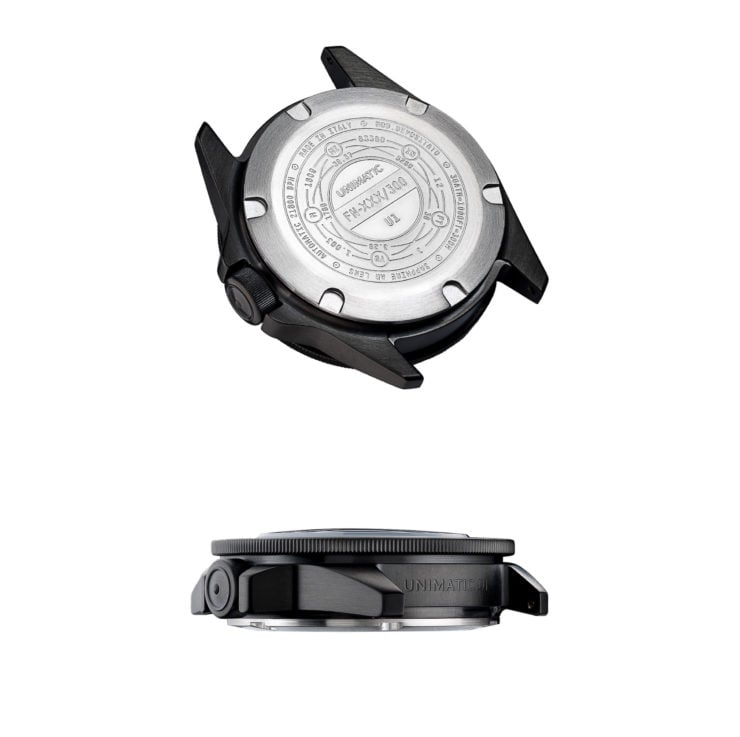 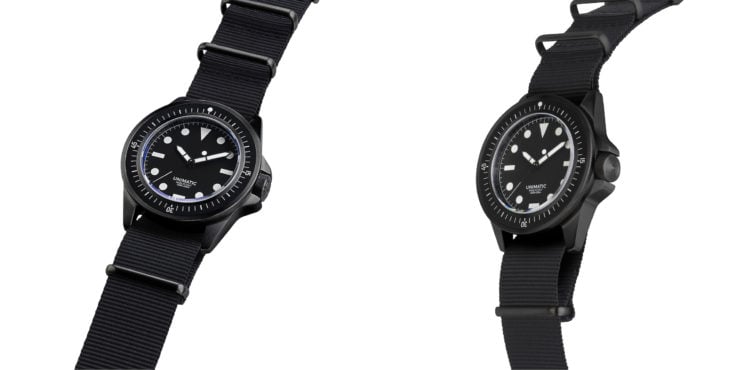 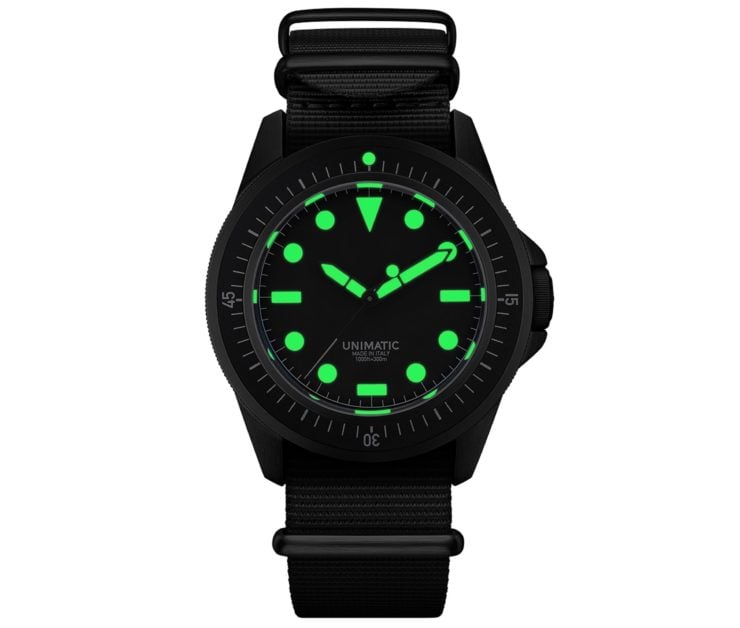 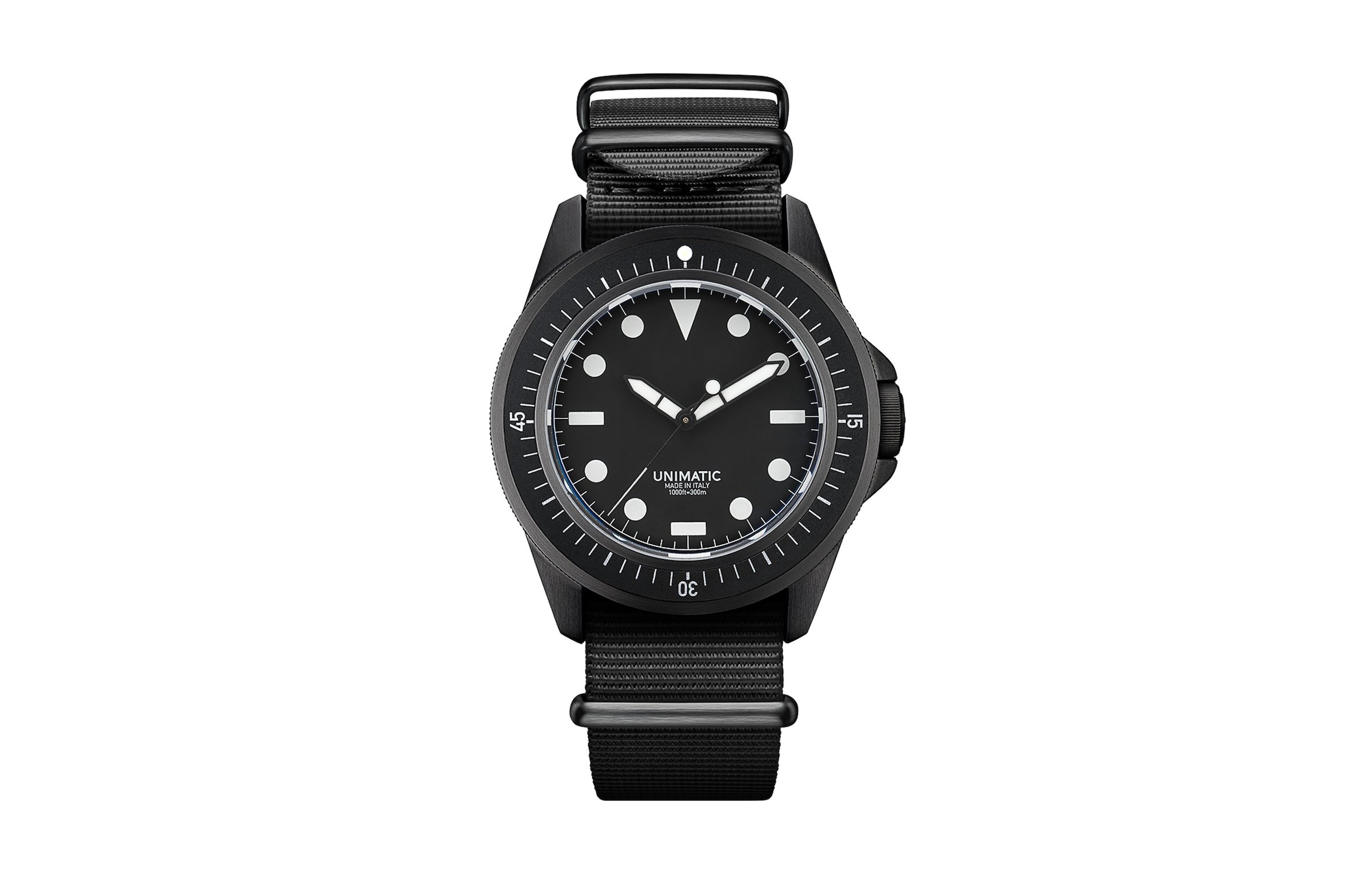