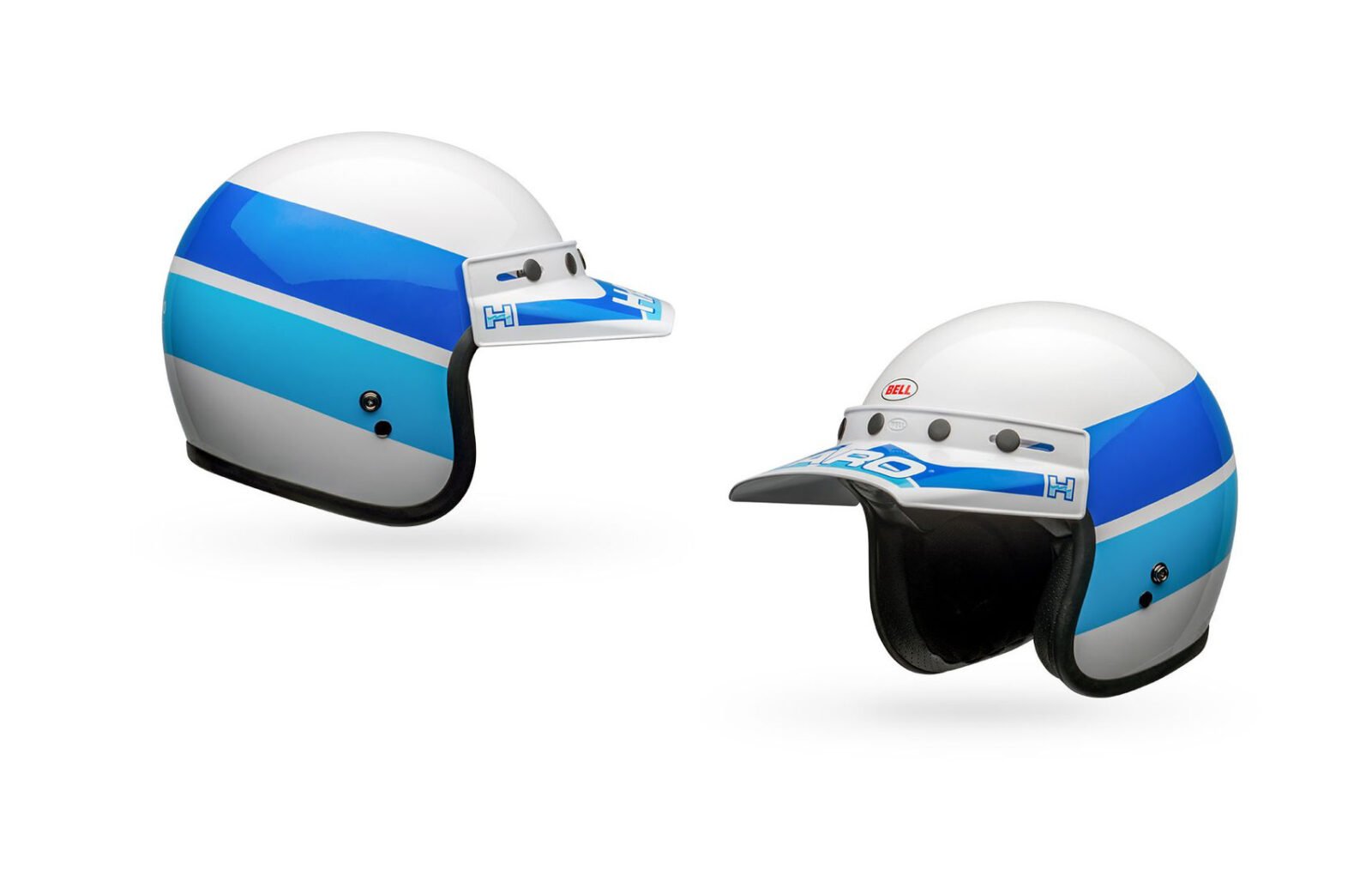 This is the new Bell Custom 500 SE Haro motorcycle helmet, it’s limited to just 250 units worldwide, and it has an 80s-inspired shell design created by BMX legend Bob Haro.

Bob Haro was one of the early leading lights in the BMX world, he was one of the best BMX Freestylers in the world and he created the sport of BMX Flatlanding. Interestingly, before riding BMX Haro won over 50 trophies riding motocross, and he worked with Steven Spielberg during the filming of “E.T. the Extra-Terrestrial” as a stunt rider.

Haro retired from the world of competitive BMX in 1985 due to injuries, he was inducted into the American Bicycle Association Hall Of Fame in 1987, and in 1993 he founded Bob Haro Design. In the years since he’s been working on projects around the world, including choreographing the Dove bike sequence in the Opening ceremony of the 2012 London Olympic Games.

The Bell Custom 500 is almost certainly the most well-known 3/4 face motorcycle helmet in the world, it comes in five shell sizes to give people of all head sizes a perfect fit, and it’s DOT certified. The outer shell is a fibreglass composite, there’s an expanded polystyrene (EPS) layer inside for impact absorption, and it has a quilted, contrast-stitched, plush interior liner.

Helmet sizing ranges from XS through to XL, and each helmet comes with a free Haro t-shirt. 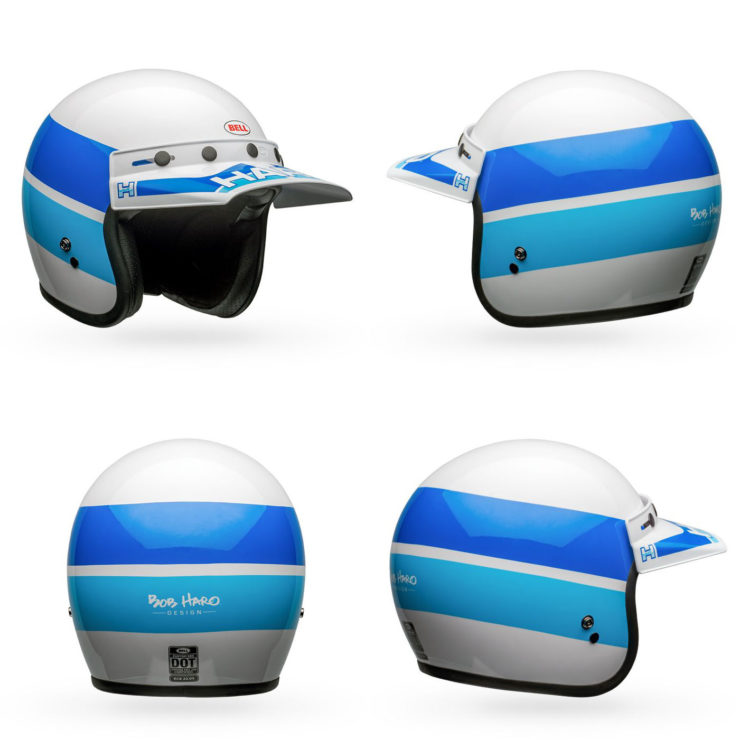 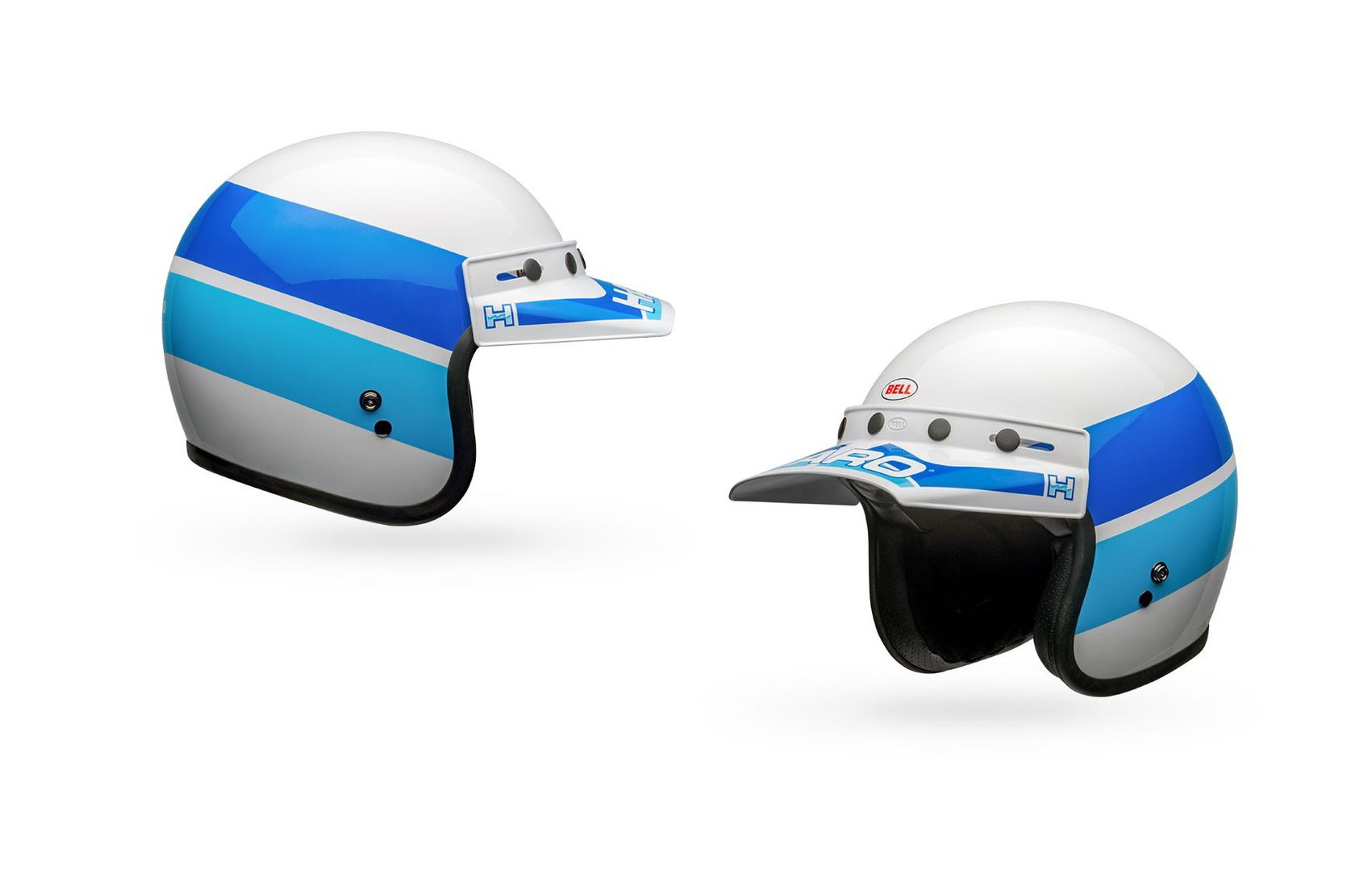