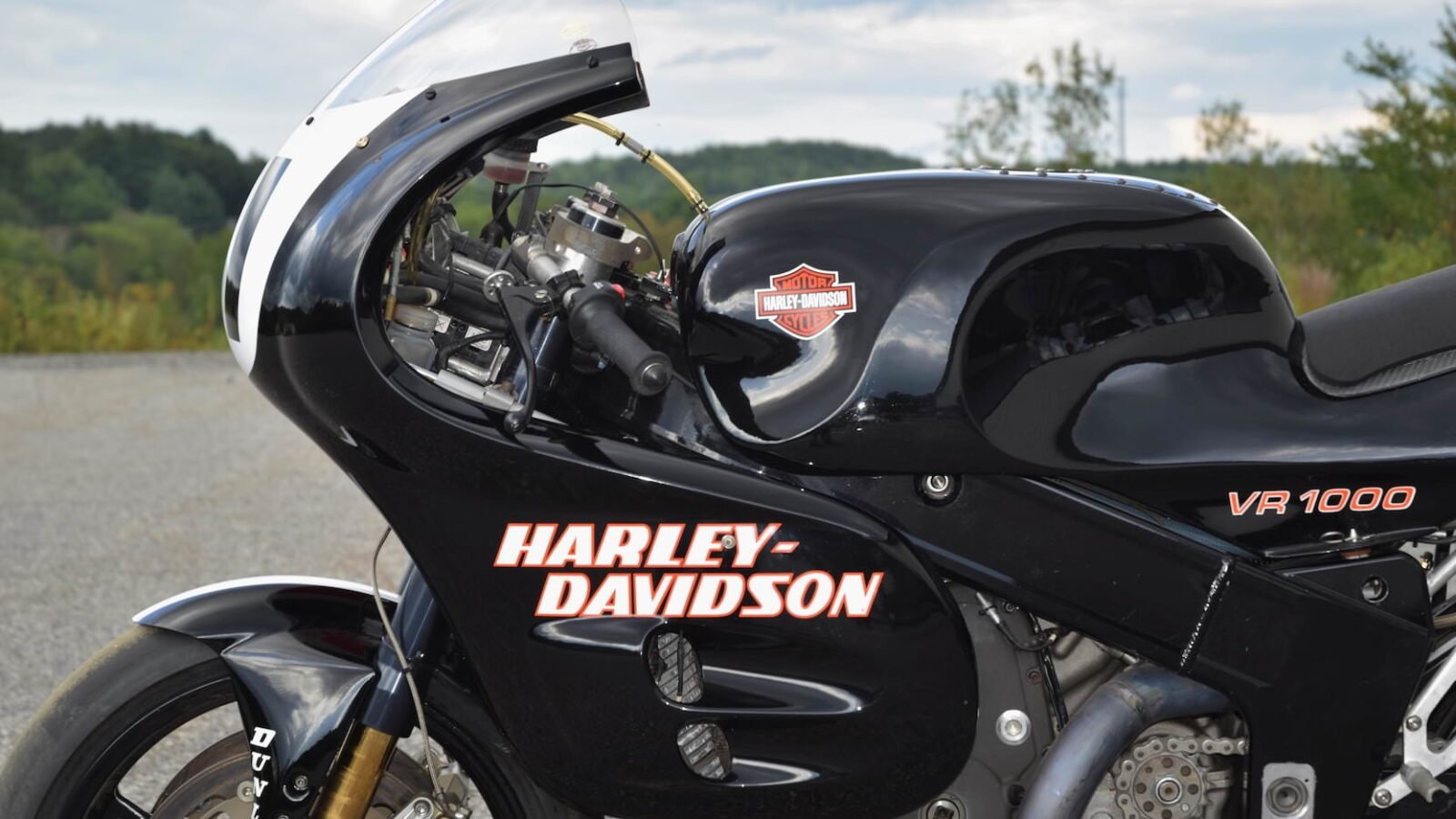 The Harley-Davidson VR1000 was a race bike developed in the late-1980s and early-1990s to take on the best in the world.

We don’t typically associate the American motorcycle maker with performance machines, but the VR1000 was an exception to this – with a 996cc 60º, liquid-cooled V-twin, quad cams (double overhead per cylinder), four valves per cylinder, Weber fuel injection, and 135+ bhp at 10,000+ rpm.

Harley-Davidson is known for their simple, air-cooled pushrod V-twin powered motorcycles that tip the scales at approximately the same weight as a medium sized three bedroom house with a double garage and a small verandah. The VR1000 was intended to begin the process of changing this perception, and turning Harley into a builder of technologically advanced world class motorcycles. 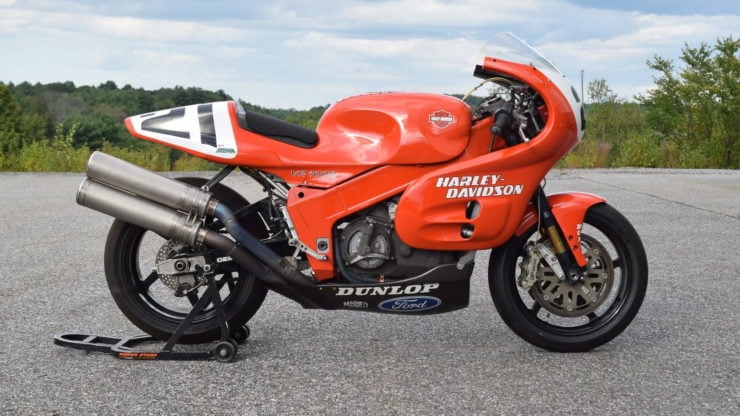 The story behind the development of the VR1000 is fascinating and well worth the read if you have time, to cut a rather long story short the chassis and engine were developed by a slew of significant names including Erik Buell, Cosworth, Roush Industries, Mike Eatough, and a number of others.

The plan was for the Harley-Davidson VR1000 to compete in the AMA Superbike series against some of the best in the world, using a 100% American-developed V-twin designed and built in house. This was a huge undertaking considering how little experience the company had with modern engines.

The VR1000 featured an alloy perimeter frame with fully adjustable racing Öhlins forks up front with a Penske monoshock in the rear, the swing arm was also alloy, and all the bodywork was carbon fibre. The racing versions of the model used 6 pot AP Racing calipers with AP master cylinders, and the homologation-production bikes used 6 pot Wilwood brakes and lightweight Marchesini wheels. 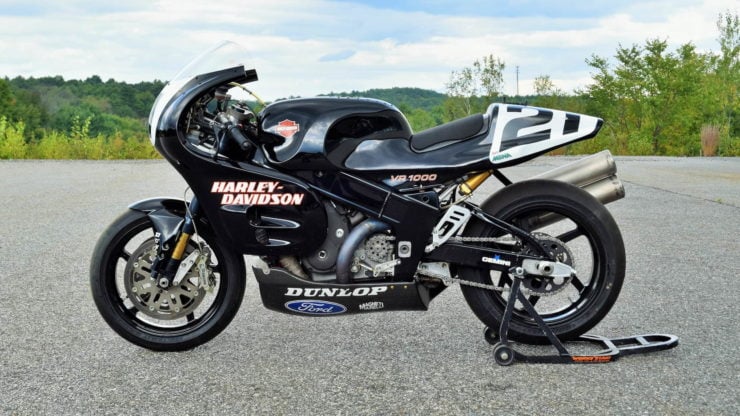 Every part of the new motorcycle needed to be developed from scratch and it would be fighting against large, experienced, and well funded teams. Although Harley was never a small motorcycle manufacturer, they were a significant underdog in this instance.

The development team had anticipated the first season of competition being 1991, however the VR1000 wasn’t ready until the 1994 season. The relatively long racing career enjoyed by the model was characterised by a series of almost-wins, with many retirements from 1st position in the final few laps.

Although the VR1000 was slightly down on power compared to the competition, it did handle exceptionally well and often made up time in the twistier sections of circuits only to lose the advantage on the straights.

By 2001 the writing was on the wall for the VR1000 and the program was cancelled by Harley-Davidson, interestingly the engine wouldn’t die with the racing program. Instead it was sent to Porsche in Germany where both Porsche and Harley engineers worked on creating a modern street legal engine. 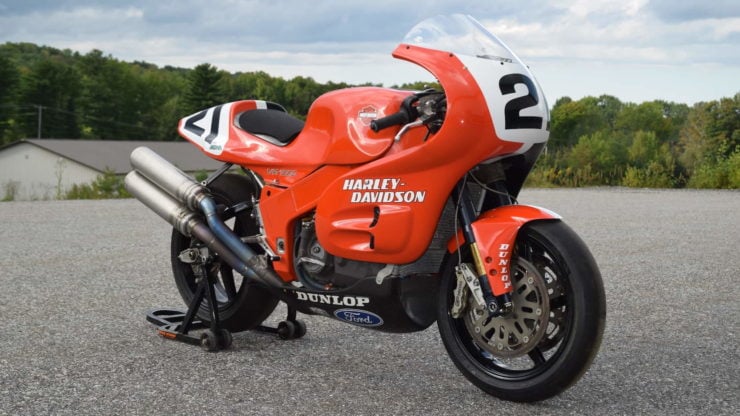 The fundamental dimensions including the 60º architecture of the VR1000 engine was kept, but the 1,131cc Revolution engine which was publicly shown in the summer of 2001 shared no parts with the original VR unit.

The Revolution engine was used in the VRSC V-Rod platform, it was the most advanced production engine ever used in a Harley, and it allowed the Milwaukee firm to claim it was a race-bred motor. It wouldn’t be until 2019 that Harley-Davidson would announce a series of all new models with liquid-cooled, DOHC, fuel injected motorcycle engines – a move many have been clamouring for since the 1980s if not earlier.

The surviving examples of the Harley-Davidson VR1000 are now much sought after by collectors, they’re not road legal and it’s rare to see them on track, with many having very low mileage as a result.

The VR1000 you see here is offered in original condition, including the signature split paint scheme, with orange on one side and black on the other, separated down the centre by a white stripe.

With the recent announcements from Harley (as of 2019) that they’re launching a number of new models with liquid-cooling, DOHC, EFI, as well as modern chassis and suspension, the interested in the VR1000 has increased. In some respects this is the model that could have been the beginning of something new for the venerable American motorcycle maker, before the current period of stagnation and operating losses. 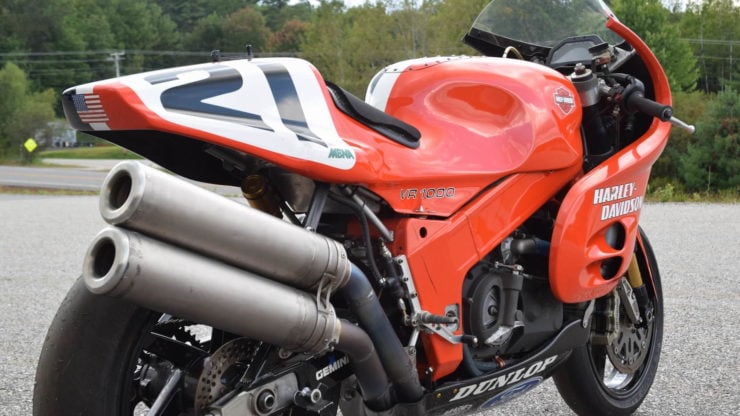 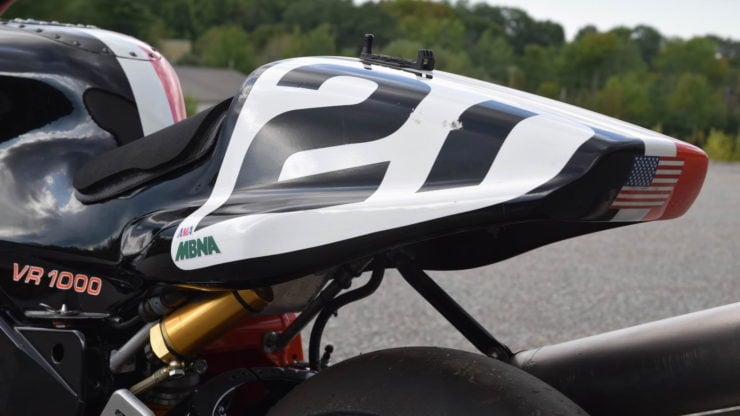 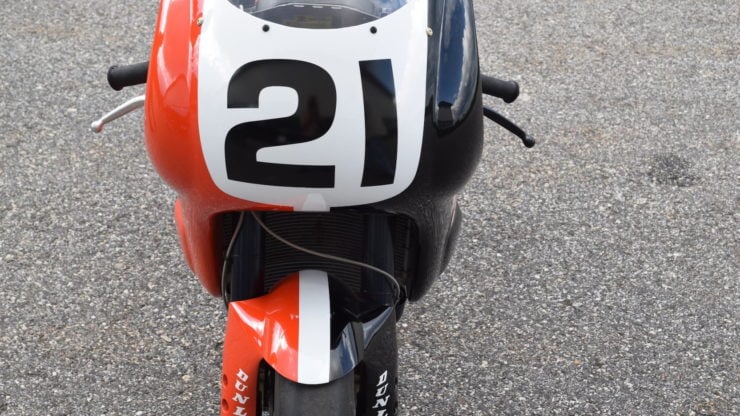 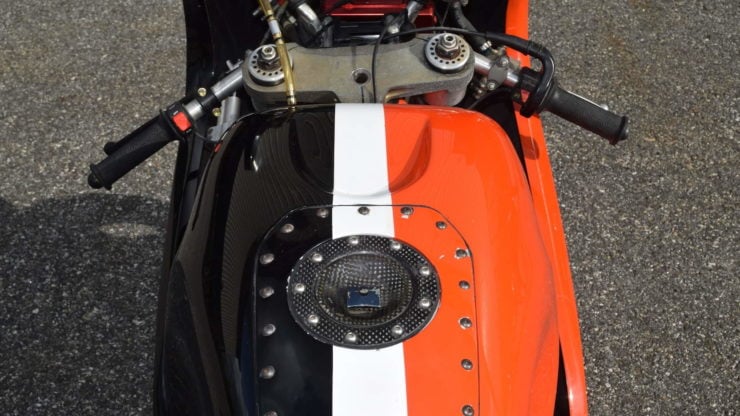 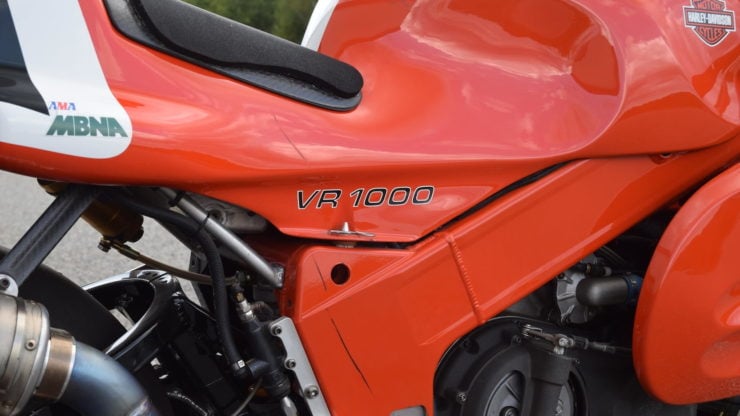 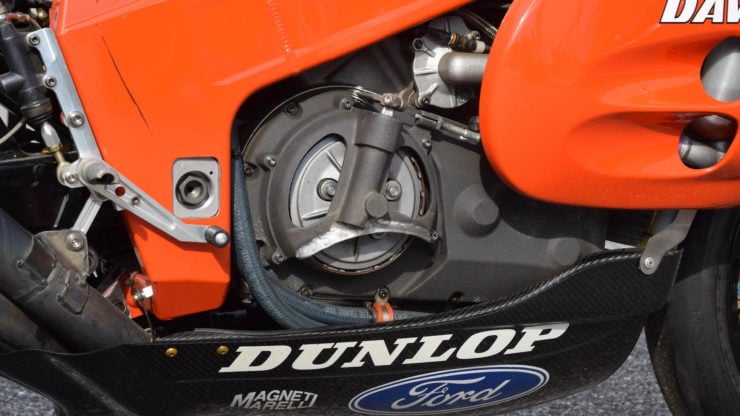 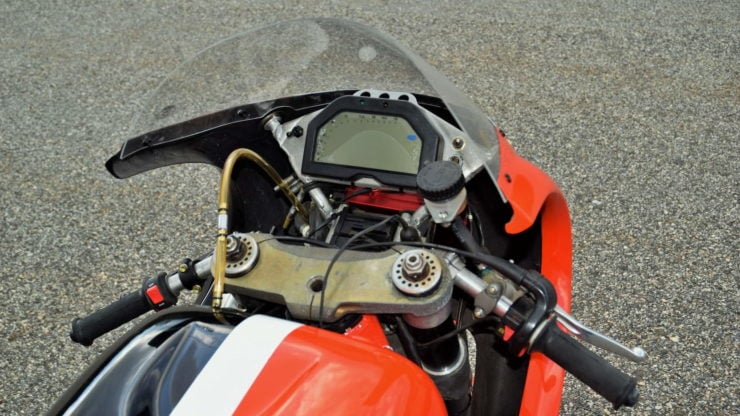 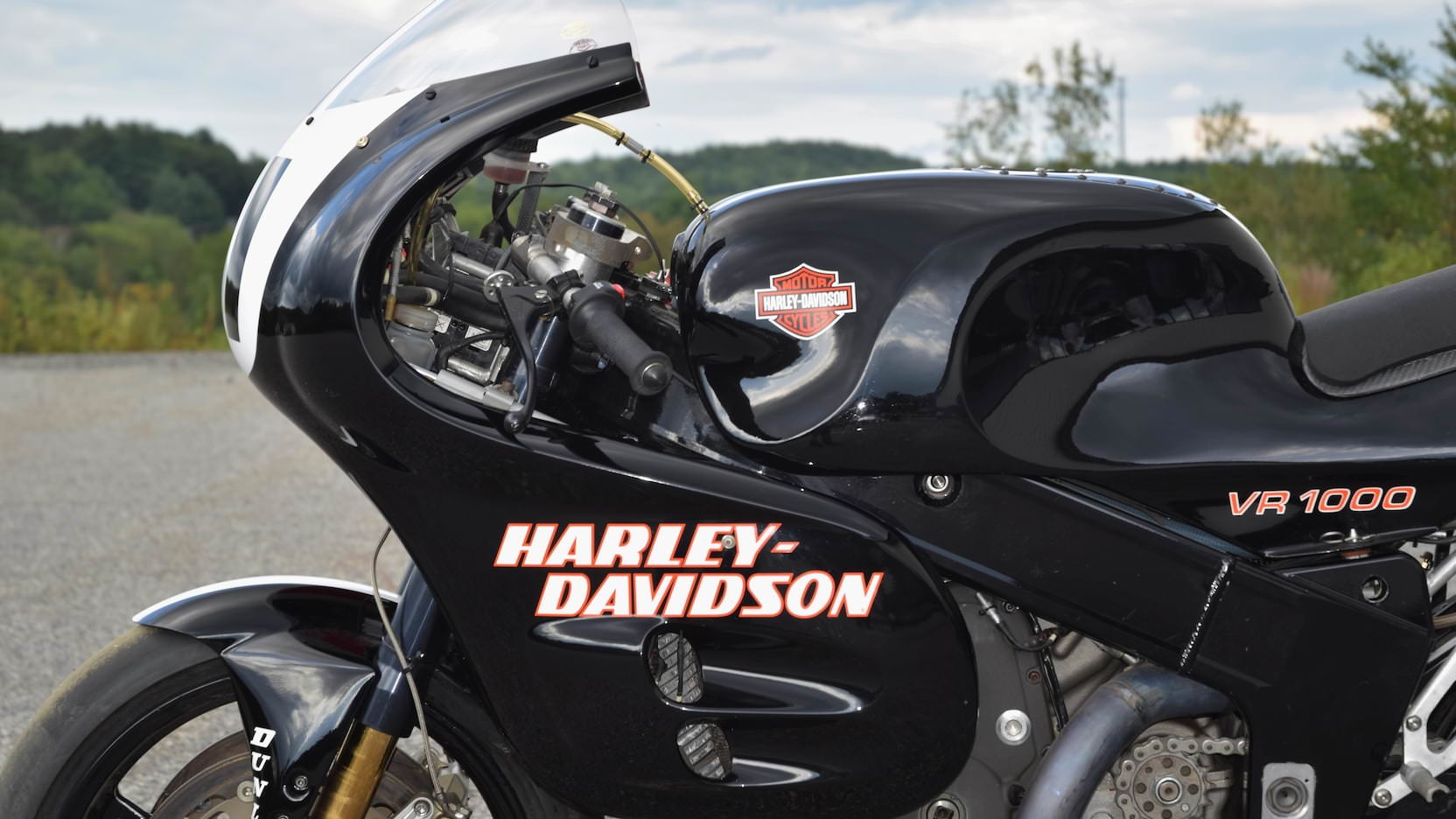