The 1941 Harley-Davidson TA Knucklehead was developed during the early days of World War II when it was clear that large numbers of off-road capable vehicles were going to be required by the US armed forces for both the European and Pacific theaters of war.

In an alternate timeline, the TA Knucklehead could have been almost as famous as the Willys Jeep. Both were developed to meet a similar demand for a small, off-road capable vehicle that could be mass-produced for military use. Of course, the Jeep won out and just 18 examples of the TA were built, with only seven known to have survived to the modern day.

The TA Knucklehead was an experimental three-wheeled motorcycle developed by Harley-Davidson in the early 1940s with a view to selling it to US military buyers. 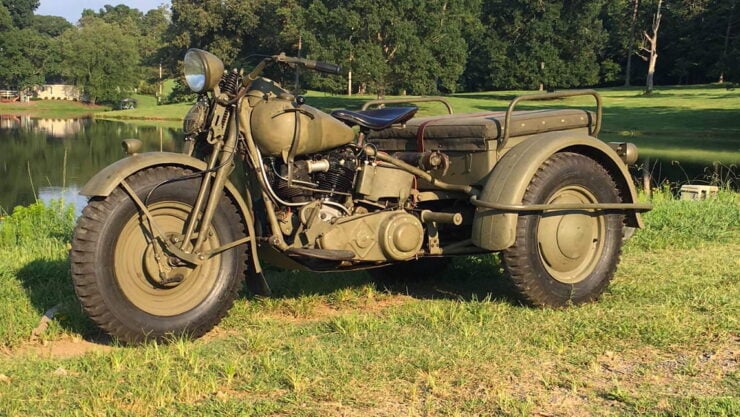 The TA is powered by the 68 cubic inch Knucklehead V-twin and it sends power via a driveshaft to the narrowed automobile axle rear end.

Harley-Davidson already had their popular three-wheeled Servi-Car in production, and the Germans were using their BMW R75 sidecar-equipped motorcycles with much success in Europe, leading the Americans to try their hand at something similar.

A decision was made to essentially combine these two designs into a single vehicle with the powerful (for the era) Knucklehead OHV 68 cubic inch V-twin capable of ~40 hp. Power was sent to the rear wheels via a manual three-speed gearbox into a narrowed Dana 44 axle borrowed from the automotive world.

On the face of it, the concept made a lot of sense. The BMW R75 would later prove to be one of the most successful small vehicles of the war, so successful in fact that versions of it remain in production today in modified form in Russia.

The TA could carry a total of three soldiers plus their gear, with one riding and two sitting on the padded platform over the rear axle that covered a small storage trunk. 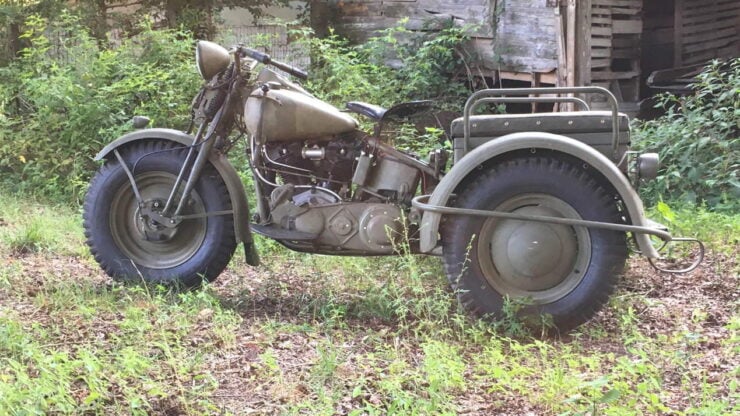 The Harley-Davidson TA could carry three soldiers with one riding and two on the padded rear platform, under this platform was a small storage trunk for equipment.

The bike was designed for use on and off-road, so it’s fitted with similar tires to the WWII Jeep, it has ample mudguards front and back, and grab handles for the rear passengers.

Death Of The TA – Long Live The WLA

For reasons that are largely lost to history the TA would never get a full green light for production, although they did apparently get military approval. The Willys Jeep would become the dominant American light vehicle of WWII but it wasn’t all doom and gloom for Harley-Davidson.

Another military motorcycle that had been developed by the Milwaukee-based motorcycle marque would be taken up by the military in huge numbers – the Harley-Davidson WLA. The WLA was powered by the same Flathead 45 cubic inch V-twin as the Servi-Car.

The simple Harley WLA would remain in production from 1942 until 1952, almost 100,000 of them were produced and they were used extensively in Europe and the Pacific. 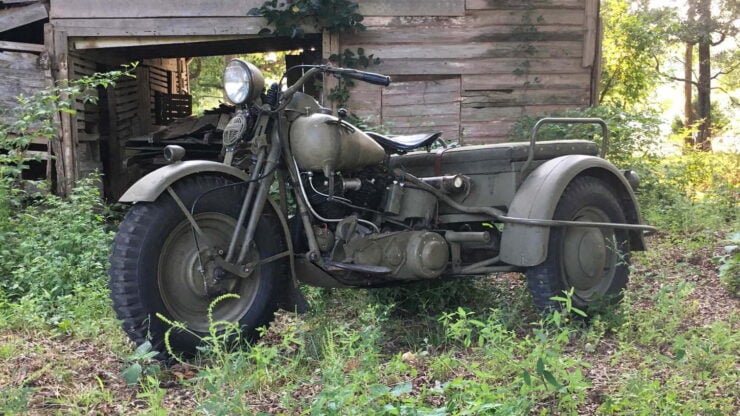 This is one of just 7 known survivors of the Harley-Davidson TA, people often mistake it for a Servi-Car until they get a closer look at the engine.

Due to the fact that just seven examples of the Harley-Davidson TA Knucklehead have survived the model is now one of the rarest Harleys money can buy, and it’s a model entirely unknown by all but the most ardent of Harley historians.

The example you see here is one of the 18 originals, it’s in complete condition and it has matching lower case numbers.

Although the listing doesn’t specify it’s likely that this TA has been restored at some point in the past as it looks too good to be a survivor, however if there has been a restoration it was likely a few years ago now.

This bike, or trike to be more accurate, will be rolling across the auction block with Mecum in lake January, at the time of writing there’s no price guide. If you’d like to read more about it or register to bid you can click here to visit the listing. 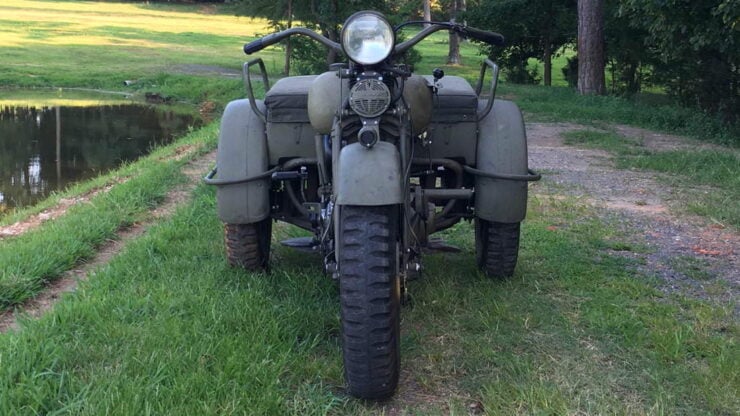 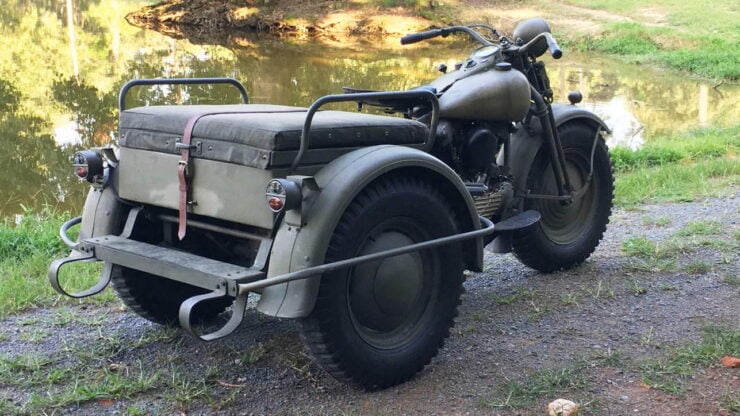 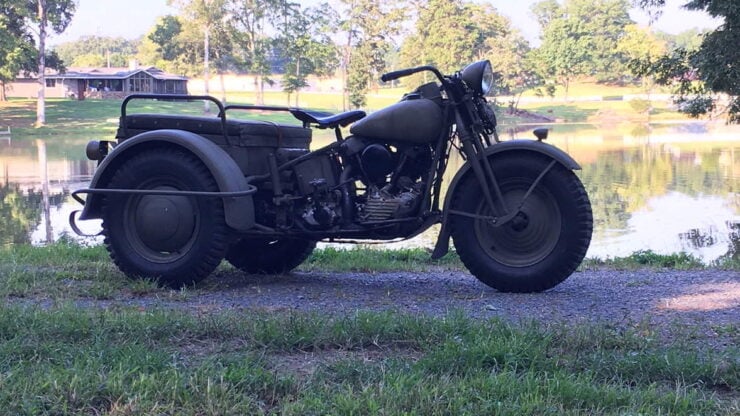 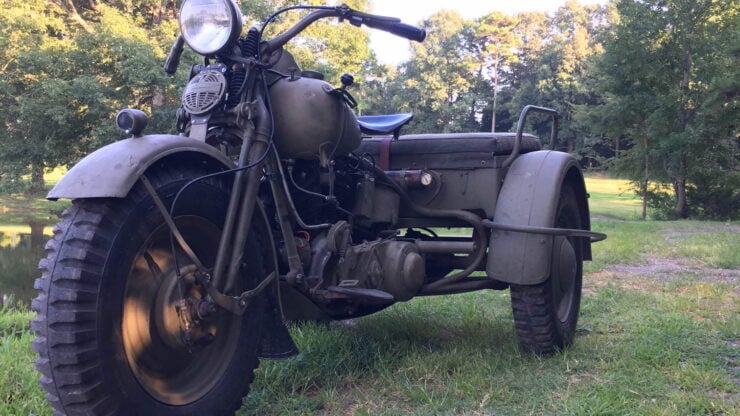 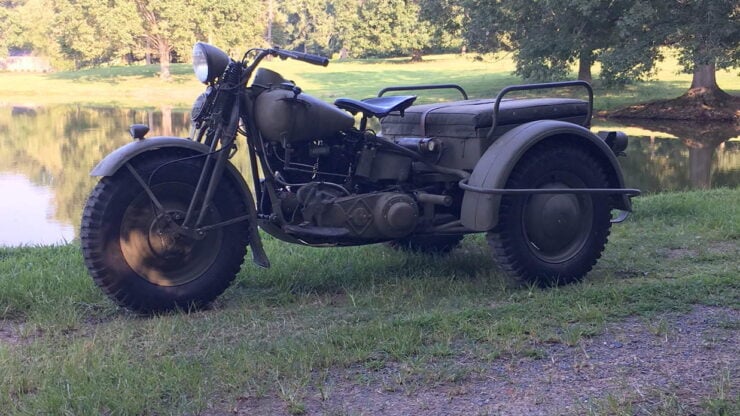 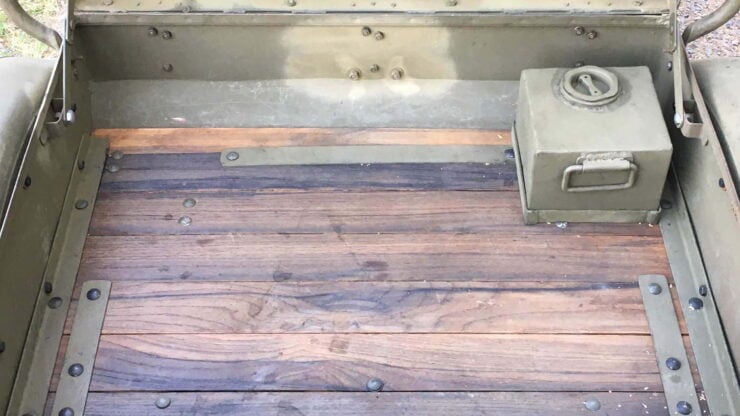