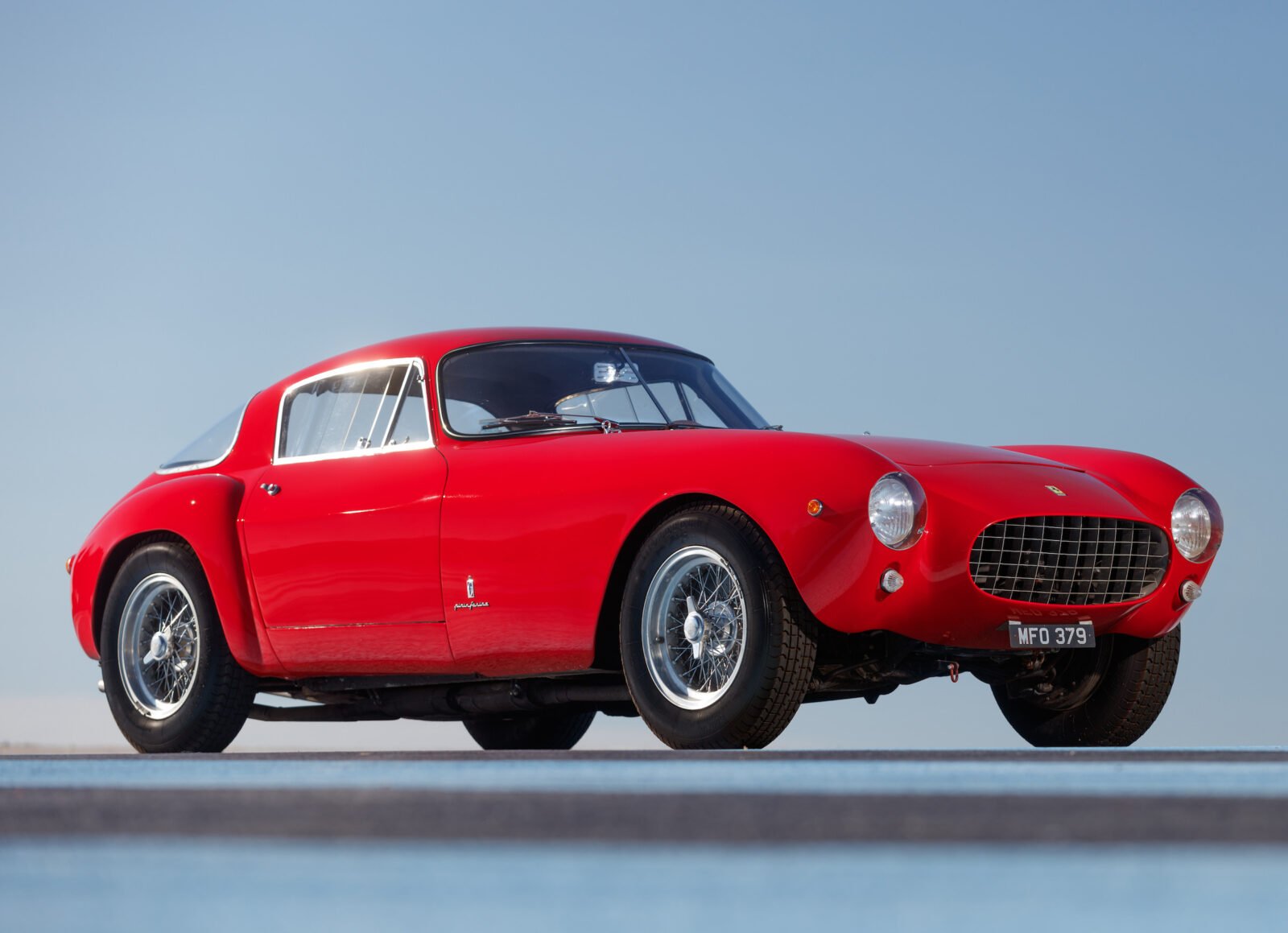 The Ferrari 250 model series were the vehicles that established the Italian automaker as a force to be reckoned with in the global sports and GT car market. The pace of development and innovation was rapid, culminating in cars like the 250 GTO, the 250 GT SWB, and the 250 LM.

The pace of development for the Ferrari 250 series cars in the 1950s was remarkably swift, it mirrored much of what was happening in the world of Grand Prix racing as the engineers developed a better understanding of things like aerodynamics, suspension and braking systems, and of course, the engines themselves. 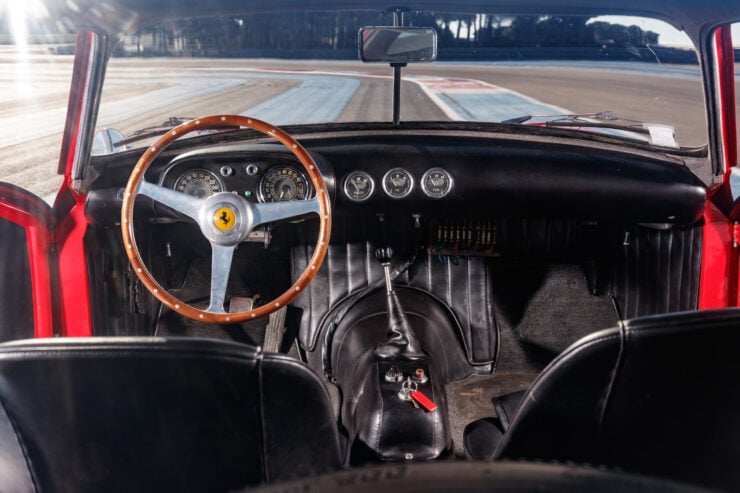 The cockpit has a classic, minimalist 1950s design with a wood-rimmed steering wheel framing the two key gauges – your speedometer and tachometer.

The development of the 250 GT Berlinetta Competizione built directly on the lessons Ferrari had learned building the 250 MM. That “MM” stands for “Mille Miglia,” a legendary race on open public roads that used to run between from Brescia to Rome and back starting in 1927 and ending in 1957.

The route was lined by up to five million spectators in later runnings of the event, it covered a distance of approximately 1,500 kms or 1,000 Roman miles. The name “Mille Miglia” means “Thousand Mile” in Italian.

Ferrari had made quite a name for themselves racing in the Mille Miglia, taking back-to-back victories in the event from 1948 until 1953, they would then win it again in 1956 with the Ferrari 290 MM Spyder Scaglietti. 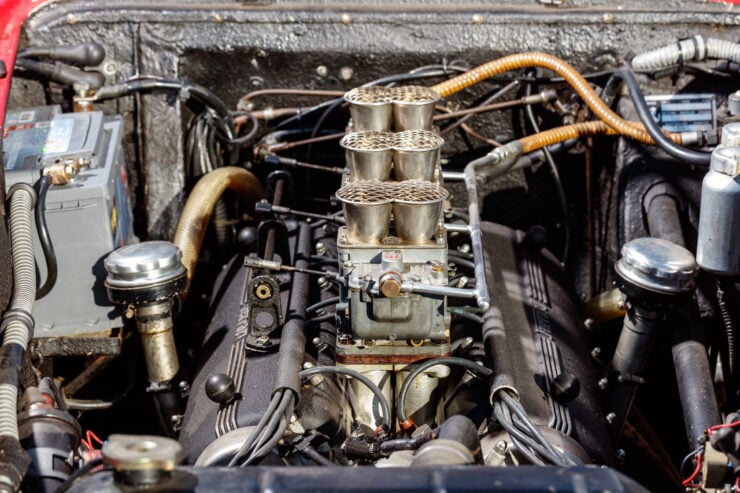 Just three examples of the six cars would be designed by Pininfarina, still known as Pinin Farina at this time as the name wasn’t formally joined in the middle until 1961.

Battista “Pinin” Farina and Enzo Ferrari had met just four years earlier in 1951, they opted to meet on neutral territory at a restaurant in the town of Tortona, exactly halfway between Turin and Modena. Neither man wanted to meet at the other’s headquarters.

Despite this cagey first meeting the two men formed an iron alliance, and Pininfarina developed the majority of Ferrari’s road cars for decades.

The Pininfarina-designed 250 GT Berlinetta Competizione saw the introduction of slightly better aerodynamics than its forebear, some of its design cues would also appear on exceedingly famous later Ferraris like the 250 GT SWB. 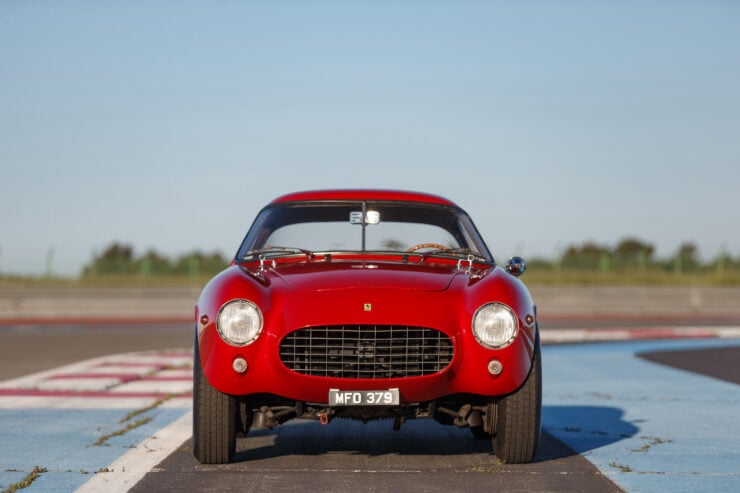 The 250 GT Berlinetta Competizione showed clear advancements in aerodynamics, many of which would be applied to later cars in the Ferrari 250 GT series.

The car you see here has had a more interesting life than many, it was originally bought by Mr. Luigi Bertett, the then President of the Automobile Club of Milan. In 1964 it was shipped to a new owner in Athens, Greece however it was involved in a traffic accident a year later in 1965.

After its accident the car would sit in storage for 10 years until it was discovered by an American named Stephen Barney who was living in Rome. He rescued the car and had it sent to the Ferrari workshop in Modena, near where it had been made over 20 years earlier.

Once it was restored it was shipped across the Atlantic to the United States where Barney kept it in his “car barn” until it was bought by the collector Brian Brunkhorst in 1983. In the years since the car has belonged to collectors in Germany, Japan, and the United Kingdom. 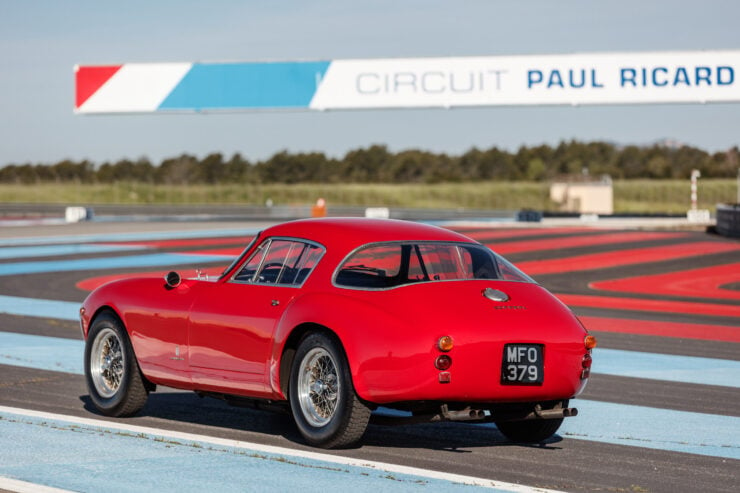 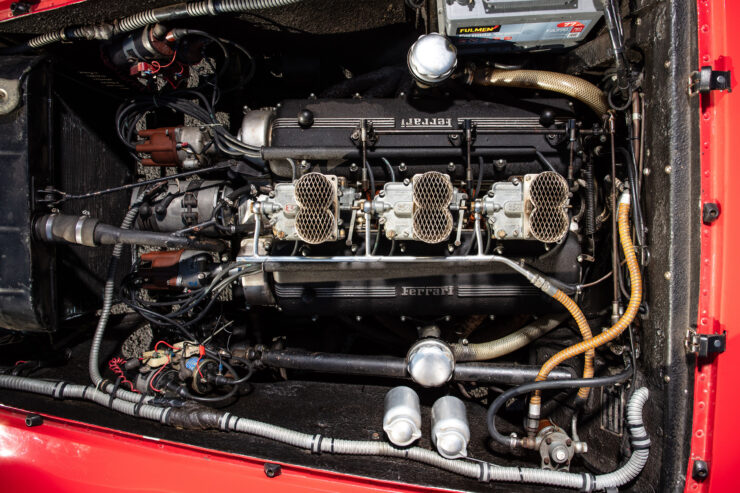 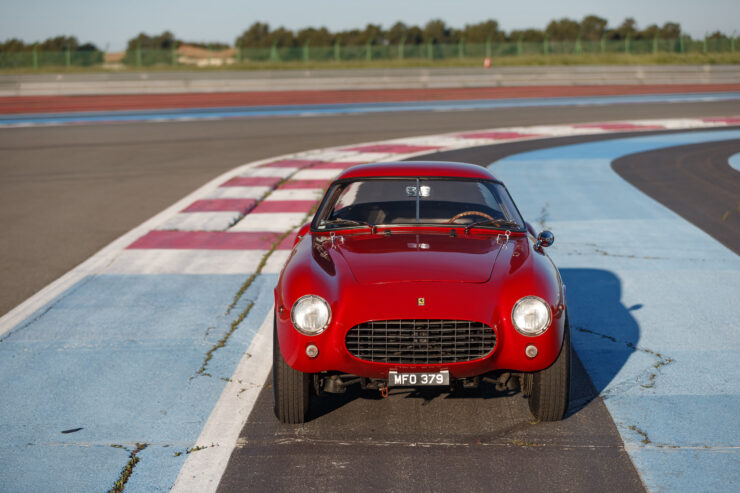 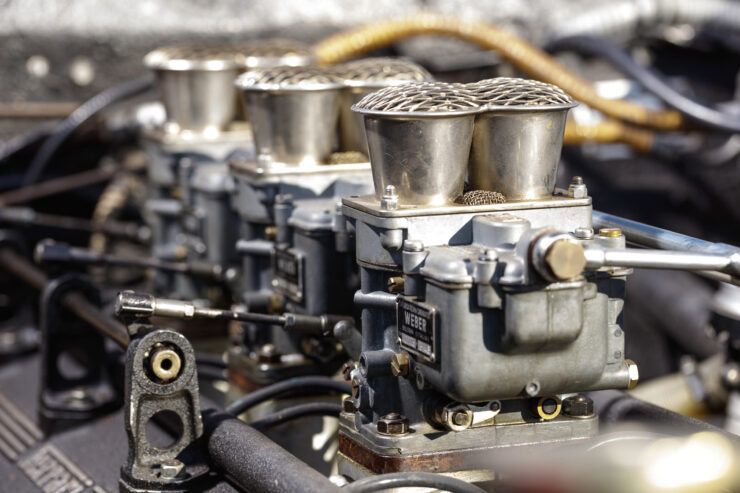 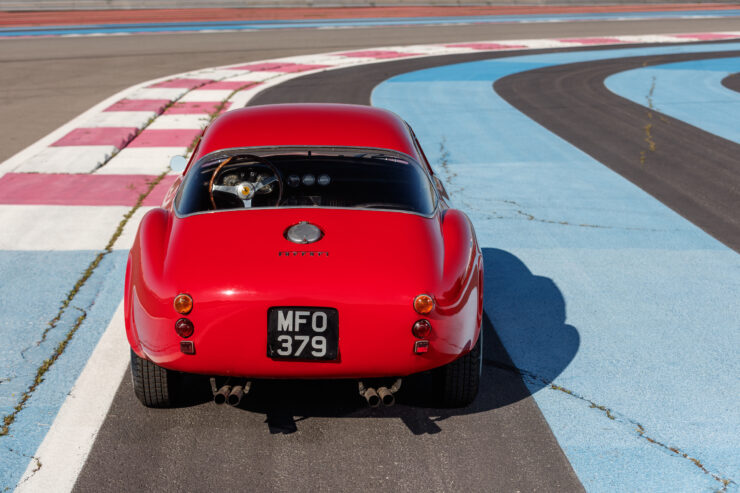 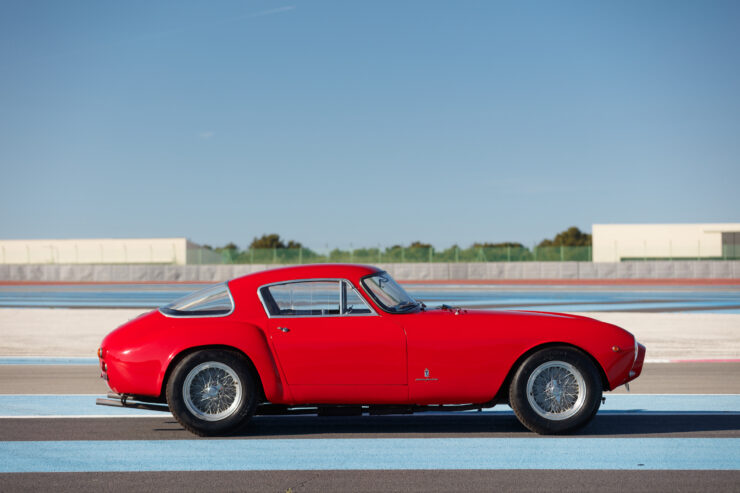 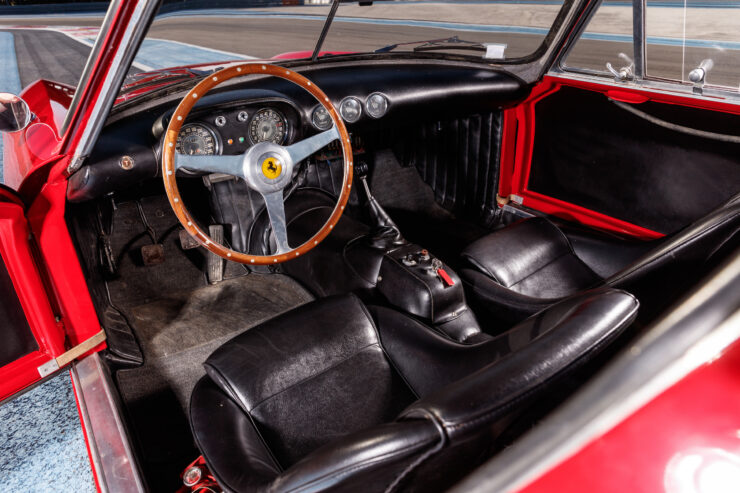 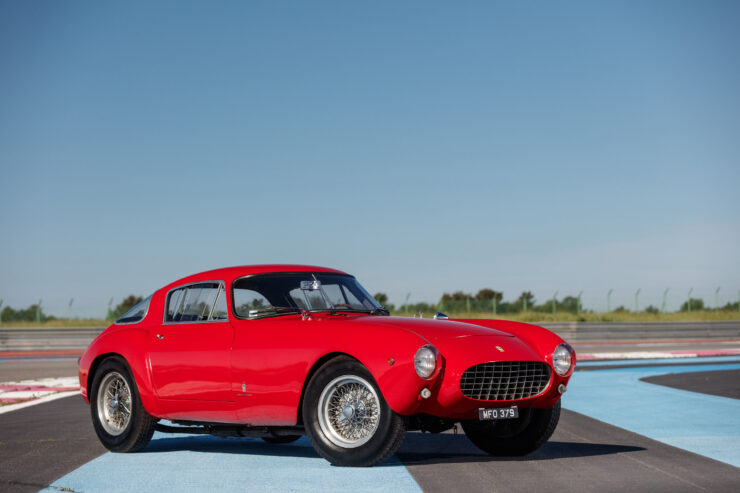 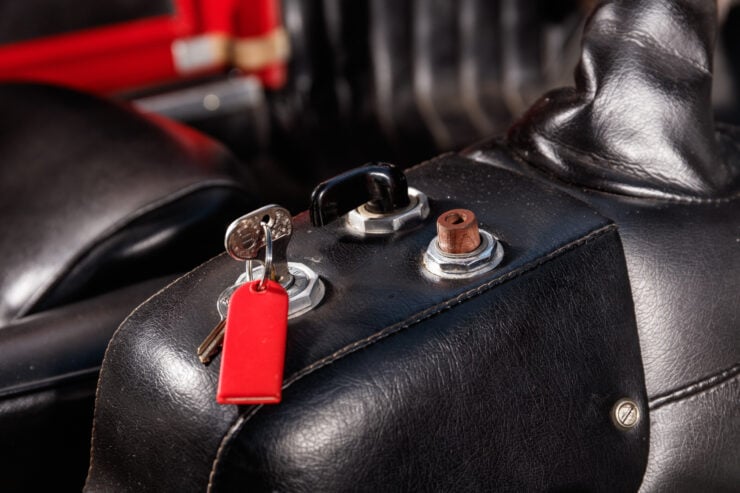 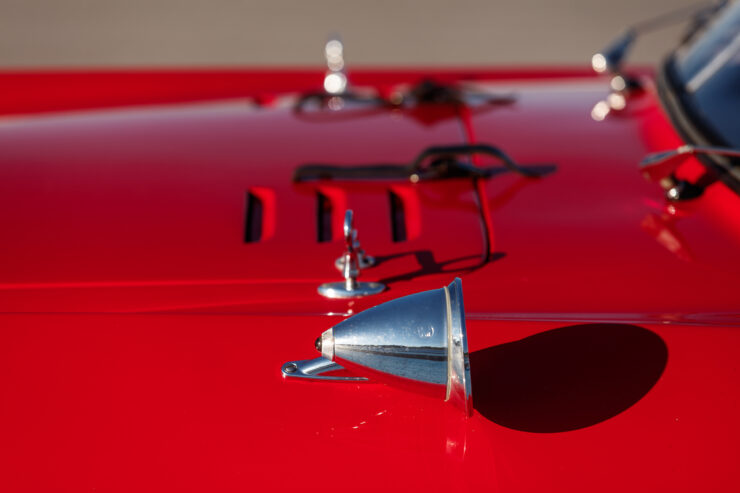 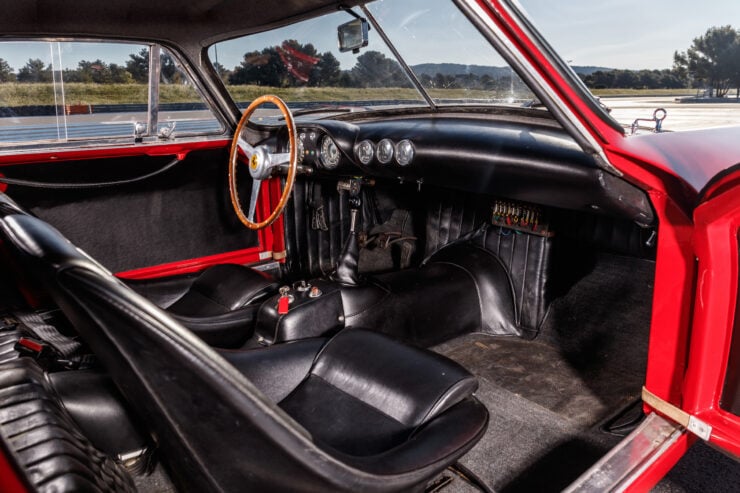 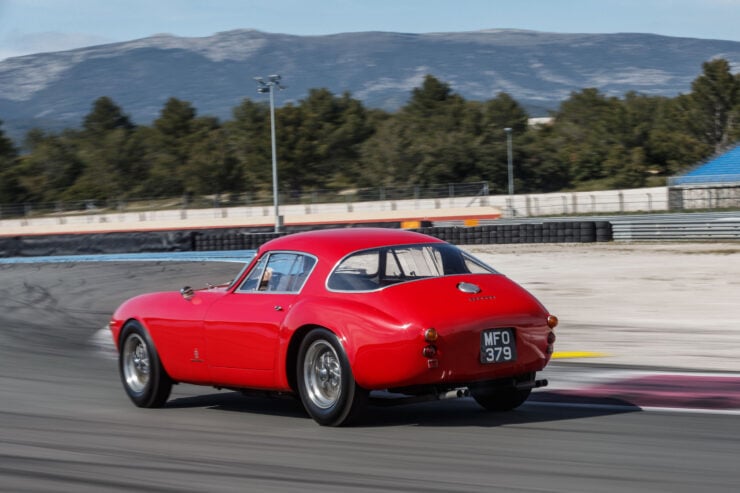 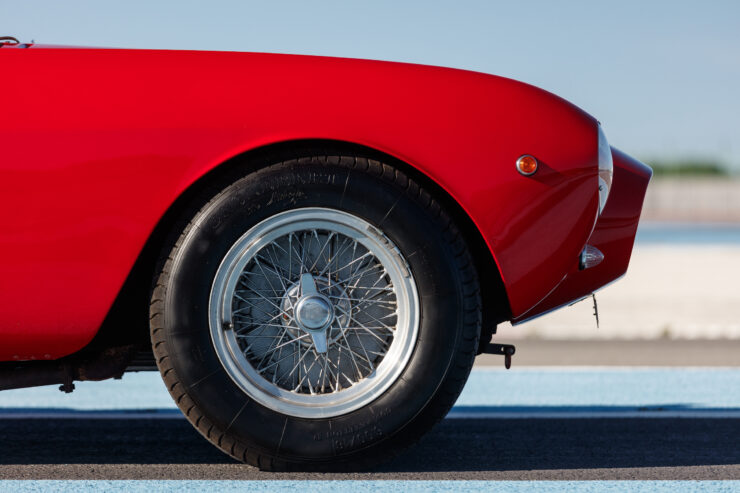 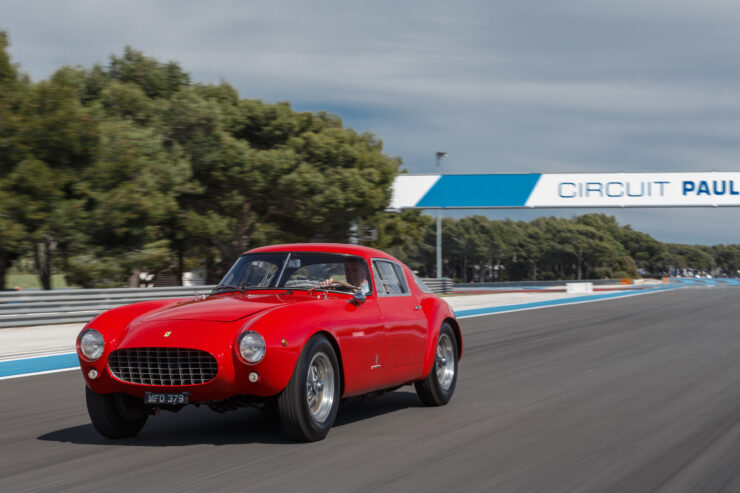 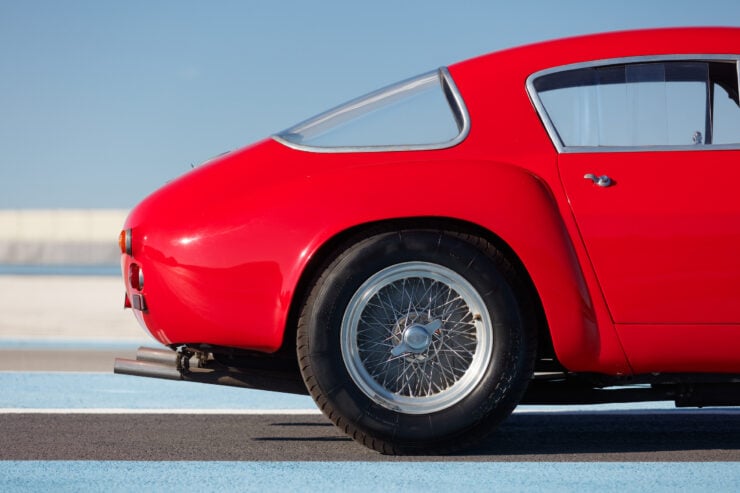