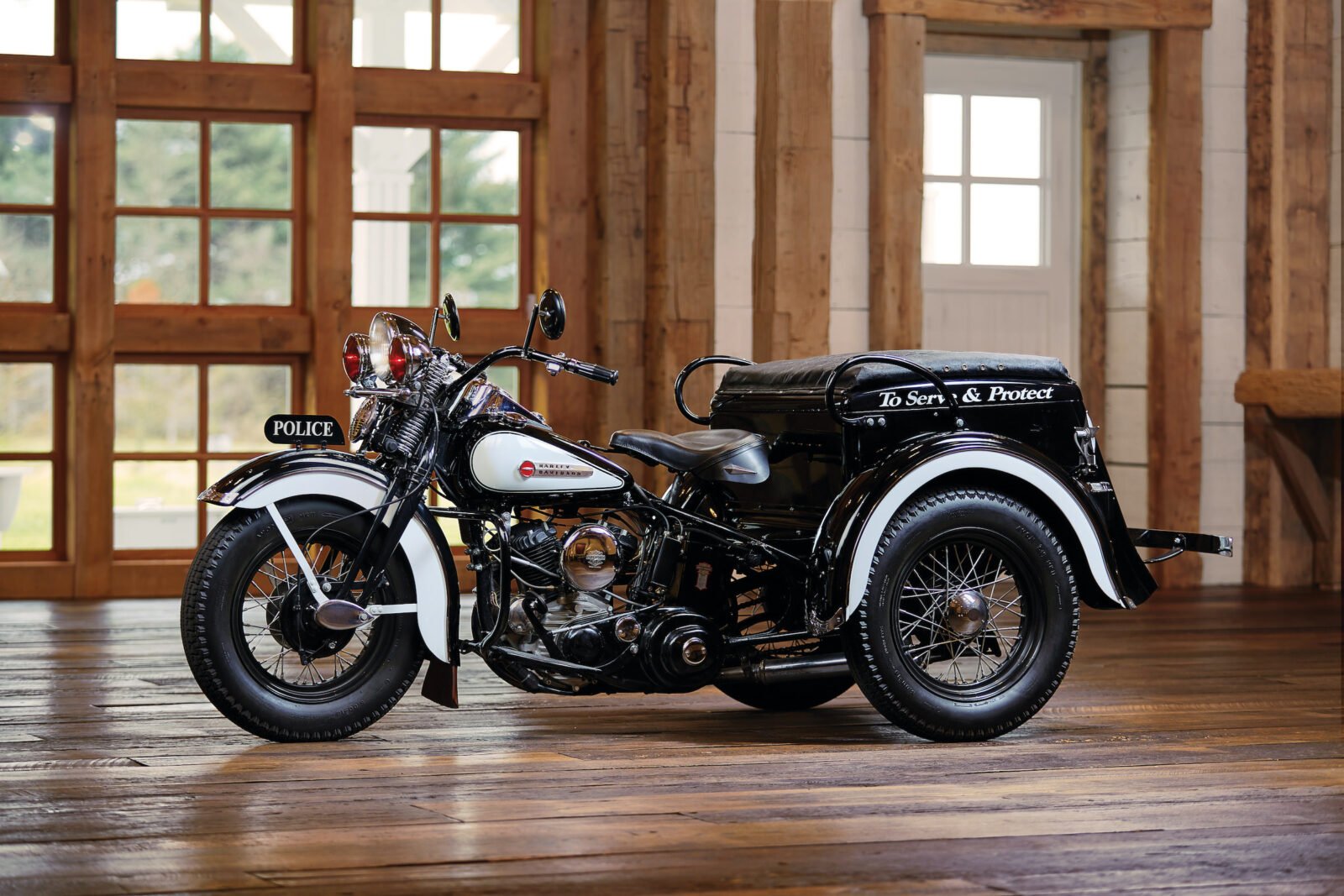 This 1949 Harley-Davidson Servi-Car was originally and bought and used by the police department in Oakland, California. We don’t know what specific uses the Oakland Police had for the Servi-Car, but it’s not hard to image that a three-wheeled motorcycle with plenty of carrying capacity must have come in useful.

If you’re not familiar with the history of the Harley-Davidson Servi-Car, it was a three-wheeled production motorcycle released by Harley-Davidson in 1932. It would prove to be one of the company’s longest running models, staying in production from 1932 until 1973, a run of 41 years.

Impressively, the Servi-Car kept largely the same engine, transmission, and frame for much of its life, and it remained in service with some police departments well into the 1990s. Due to its size and load carrying capacity, the Servi-Car is still used today by a small number of retailers selling everything from ice creams to hot dogs.

Harley-Davidson developed the Servi-Car in the early 1930s due to the Great Depression, money was tight for everyone but the Servi-Car was still relatively affordable, particularly when compared to a car or truck, and it could fulfil some of the same roles.

It’s unlikely that the engineers at Harley knew just how versatile the Servi-Car would be, people found all manner of uses for the three-wheeler during the Great Depression and beyond. Harley even offered a version specifically designed for automobile dealerships that could be towed behind a new car that was being delivered – once the car was dropped off at the customer’s house the Servi-Car could be disconnected from the tow hitch and ridden back to the dealership, ready for the next delivery.

The team at Harley designed the Servi-Car to be as simple as possible, they used a basic tubular steel frame, their flathead V-twin engine which was already in production (and had been for years), a single drum brake on the front and one on the rear, and no rear suspension at all – other than that which was provided by the tire sidewalls of course.

In 1937 a drum brake was fitted to each wheel, and in 1951 the rear braking system was changed over to hydraulic. In 1964 an electric starter was offered on the Servi-Car this was the first time any production Harley had been fitted with one, beating out the Electra Glide model by one year. 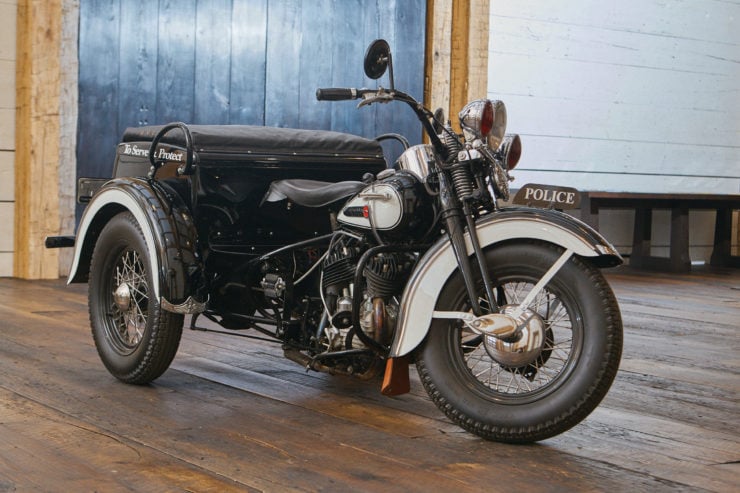 Interestingly, the rear axle has a track of 42 inches, this was the same as many of the cars that were on sale in 1932 meaning that the Servi-Car could use the same wheel ruts in the road. Most roads in the country at the time were still dirt, so it was imperative to ensure that the company’s new three-wheeler was well suited to its environment.

Another little interesting piece of trivia about the Servi-Car is that it had a left-side throttle for the officers using Servi-Cars for parking enforcement. With the throttle on the left the officer could use his right hand to mark tires with a piece of chalk that was at the end of a pole as he rode down a street that had timed limitations for parking.

The 1949 Harley-Davidson Police Servi-Car you see here served with the police department in Oakland, California for a number of years before being acquired by a private collector named Steven Saslow who kept it for 25 years.

More recently it had a complete restoration by Gary and Bob DeVincent in Provo, Utah. This included a full engine and transmission rebuild, meaning the bike is now ready for its new owner. It’s due to roll across the auction block with RM Sotheby’s in mid-January, and there’s no reserve price. 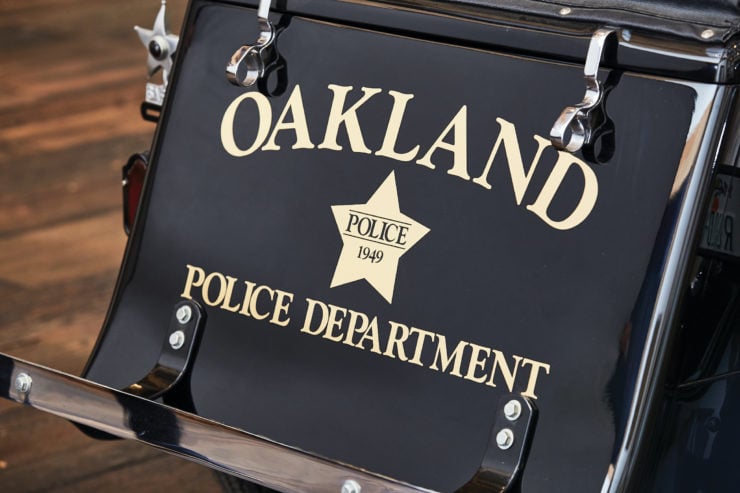 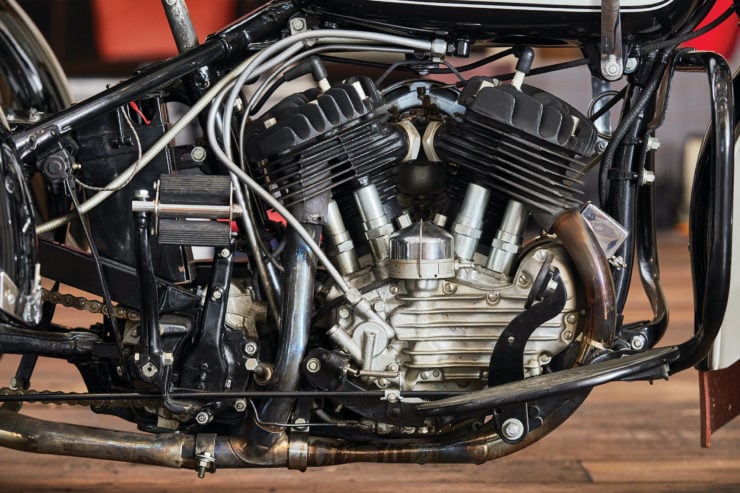 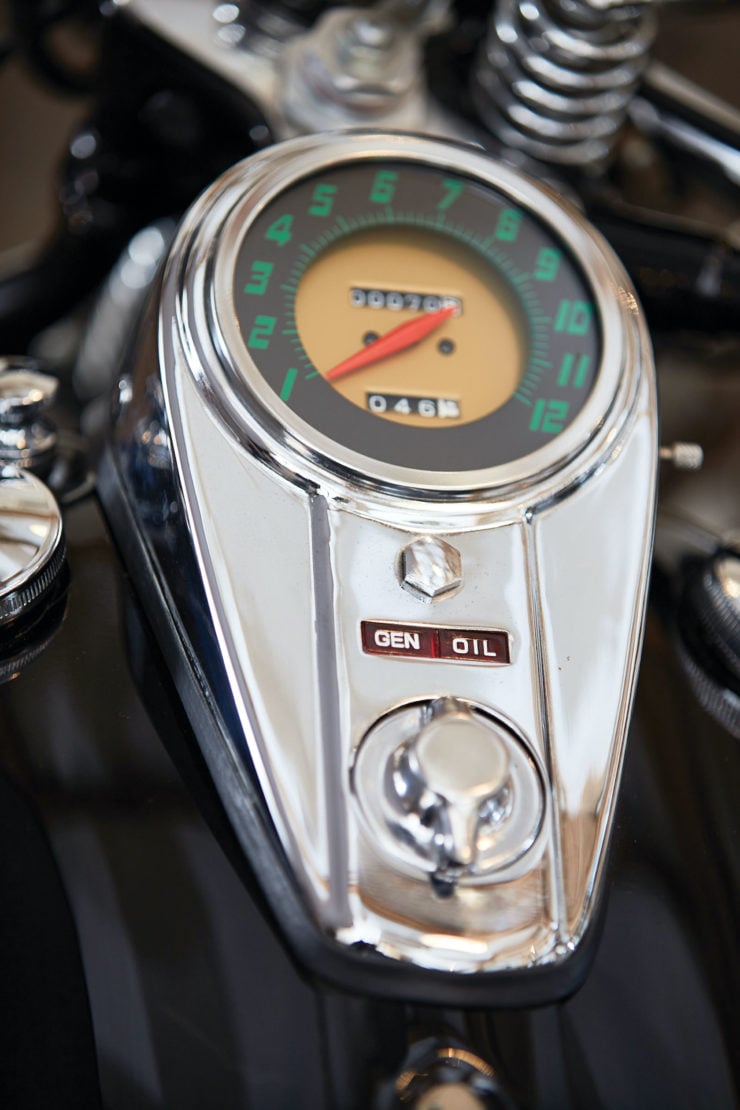 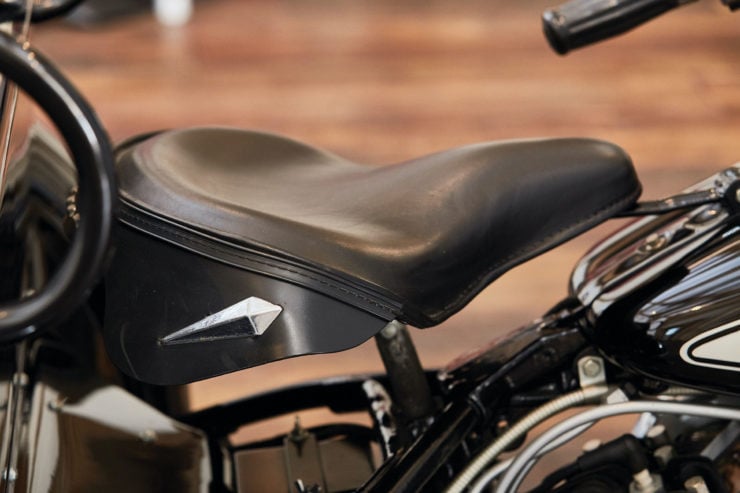 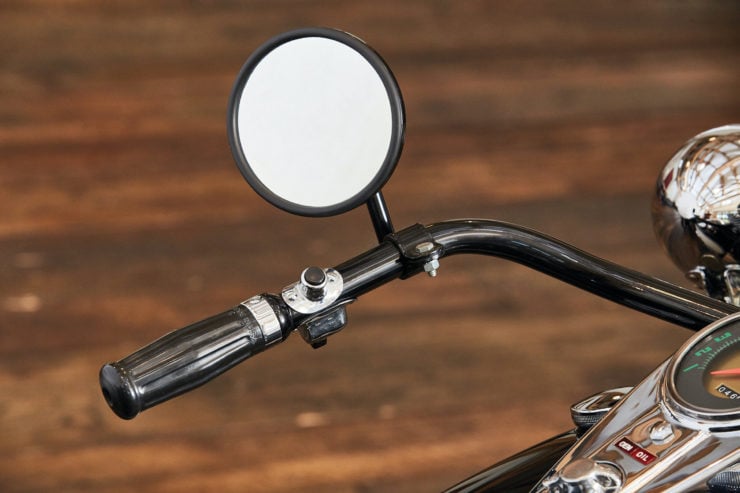 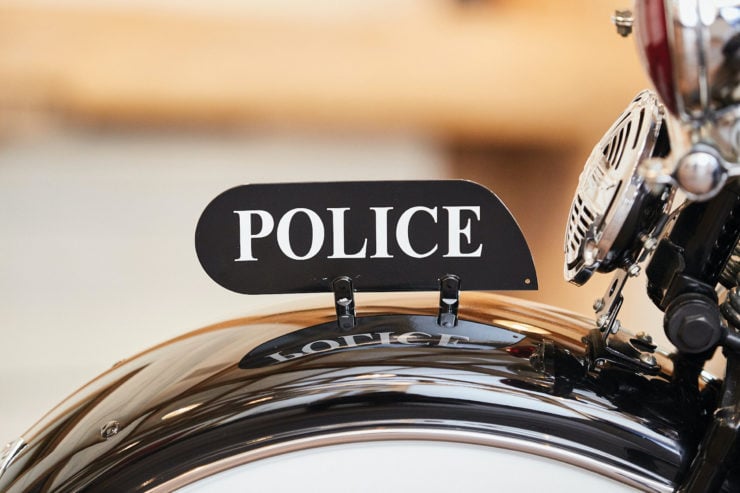 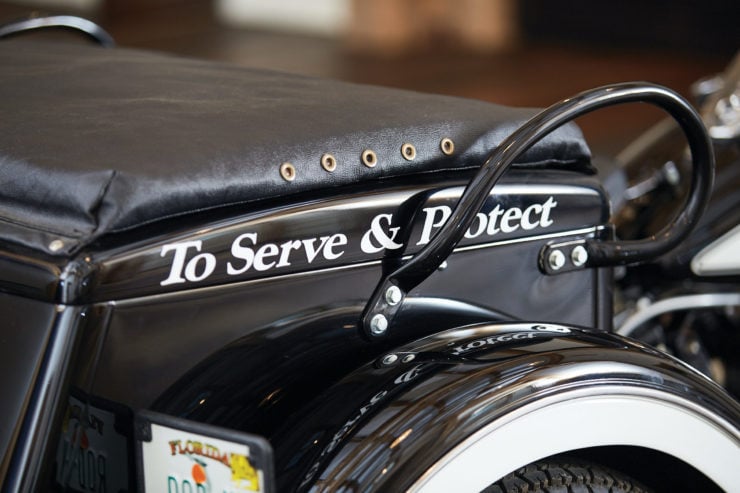 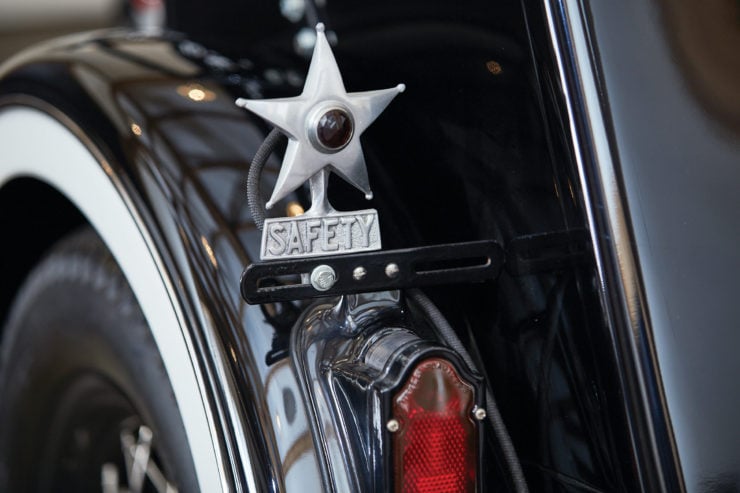 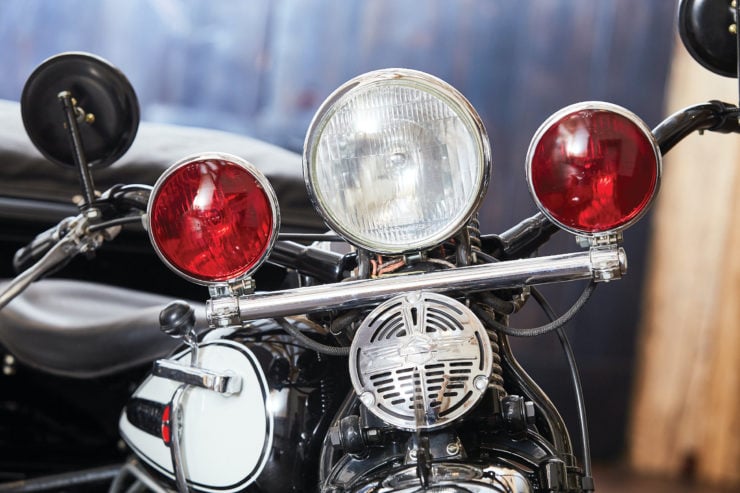 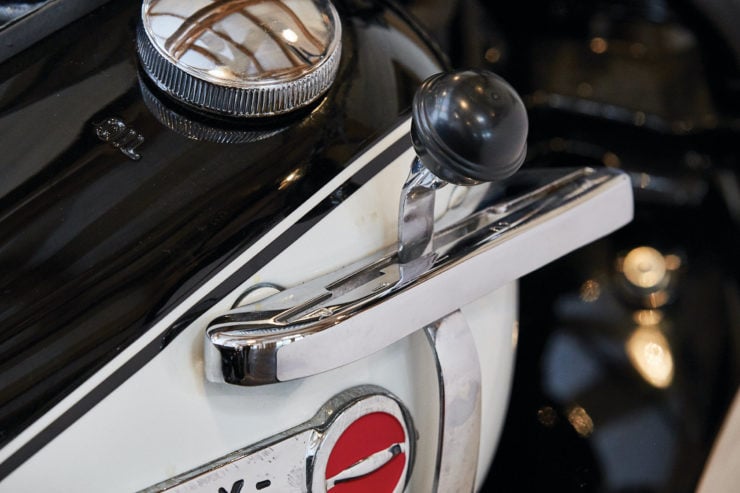 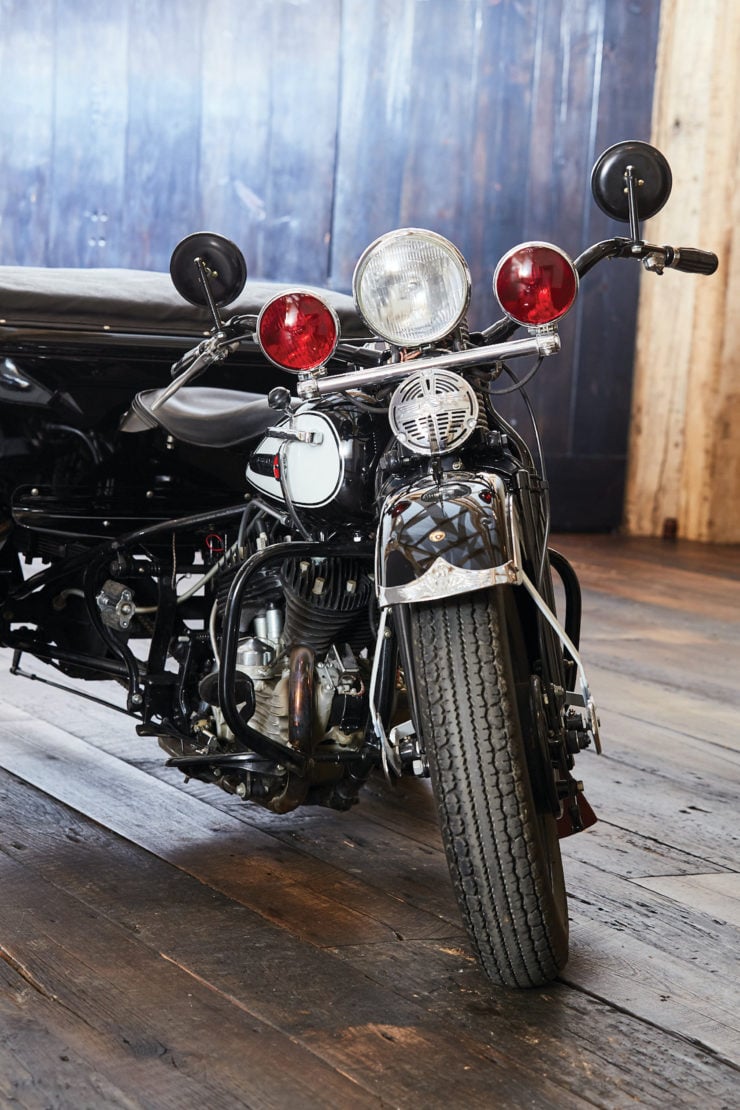 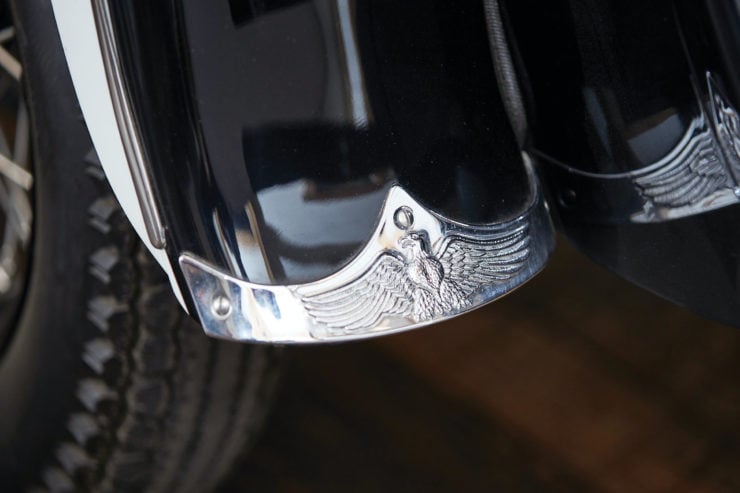 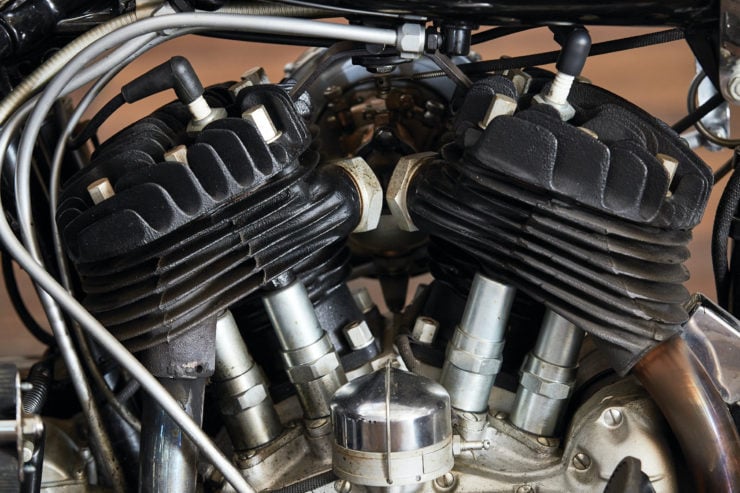 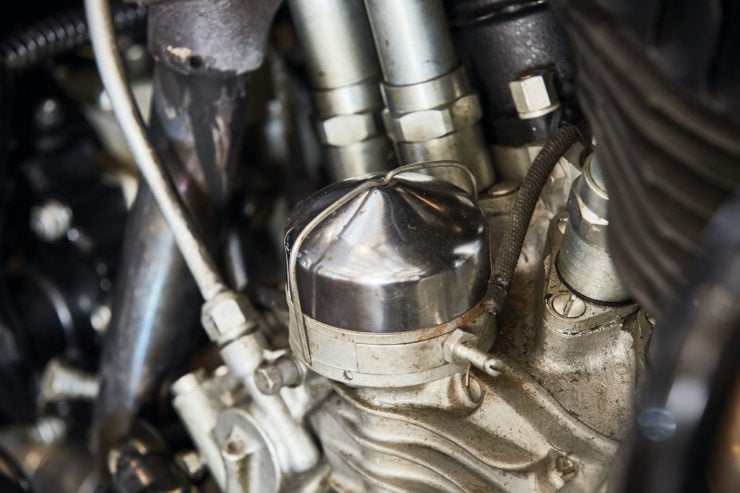 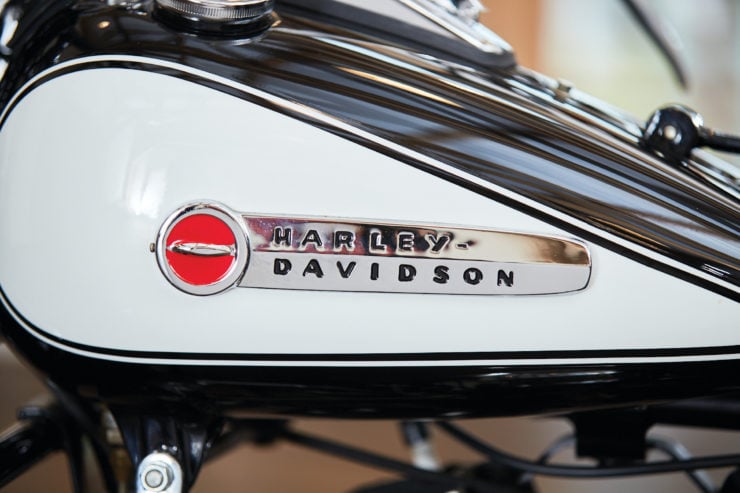 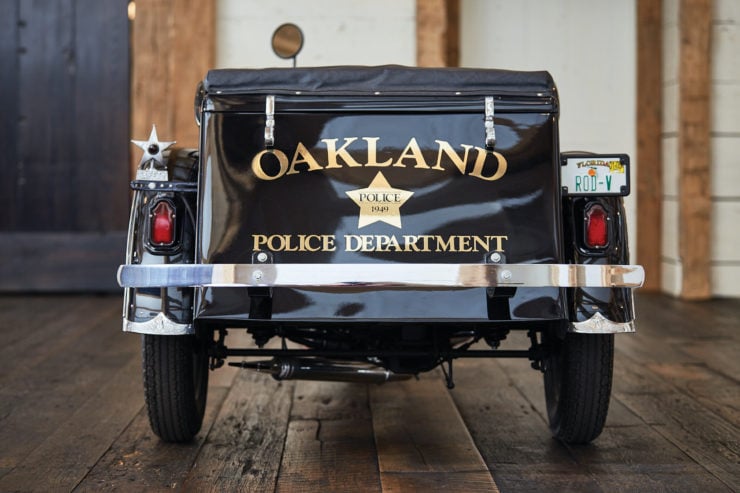 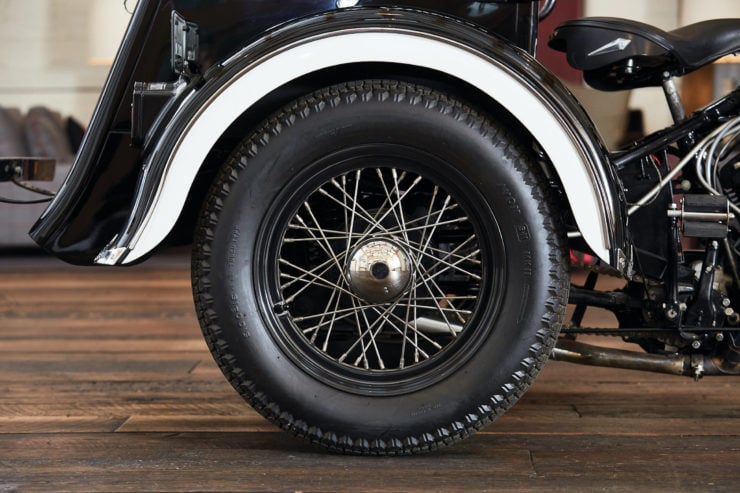