The Harley-Davidson Nightster has been a runaway success for Harley-Davidson since it was released in 2007, the bike offered people a custom look for under $9,000 USD and it was fitted with Harley’s famous 1200cc Sportster v-twin engine. For many Nightster owners, the custom look wasn’t quite custom enough and so wrenches were bought, bikes were placed on centre-stands and work was begun.

This Nightster custom by Cafe Racer Dreams is one of the more unique looking examples of the tweaked Nightsters, in fact it looks almost nothing like the model that it started out as. The only real giveaways are the distinctive engine, front fork gators and belt driven rear wheel. The stock exhaust was thrown away and a Storz Performance 2-into-2 unit was bolted into place, the handlebars were replaced with Renthals, the stock Dunlop tires were removed and replaced with Pirelli Scorpions, the stock air-filter was replaced with a high-flow K&N unit and the rear shock-absorbers were replaced with far more performance oriented adjustable springs. 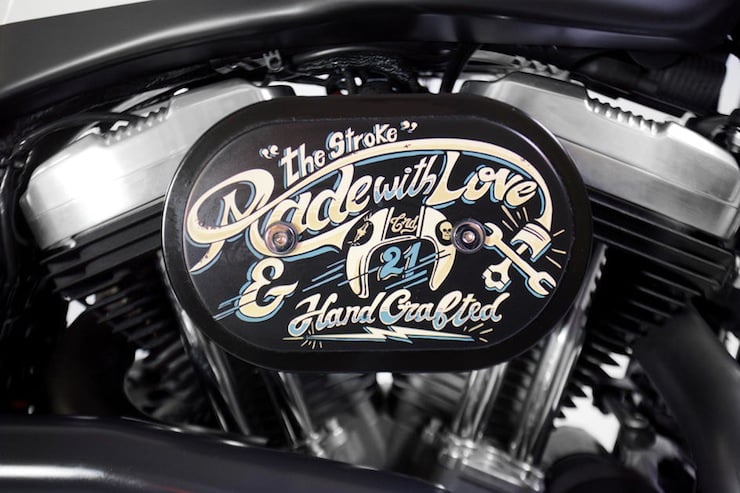 Cafe Racer Dreams is based in Spain, this surprises many people who often assume the company is either American or Australian. Their custom bikes all have a very distinctive look about them, even without the tank badge you’ll usually be able to peg a CRD build from 20 paces. They tend to use unusual colours and often opt for two or three tone fuel tank paint work, the bikes are simple but not simplistic and by all accounts, their bikes perform far better than the donor motorcycles on which they’re based.

This bike has been dubbed CRD #21 “The Stroke”, it’s another example of a custom motorcycle builder creating a bike that the design team at Harley-Davidson should probably take some cues from, a bike like this would provide some interesting competition for both the Triumph Bonneville and the Moto Guzzi V7 Stone, if HD ever signed off on actually making one, which isn’t all that likely. This leaves us in the position of having to pull apart motorcycles and rebuild them to suit our own taste, which isn’t exactly the worst hobby in the world.

If you’d like to see more work from Cafe Racer Dreams, click the link here, but be prepared to want everything you see. 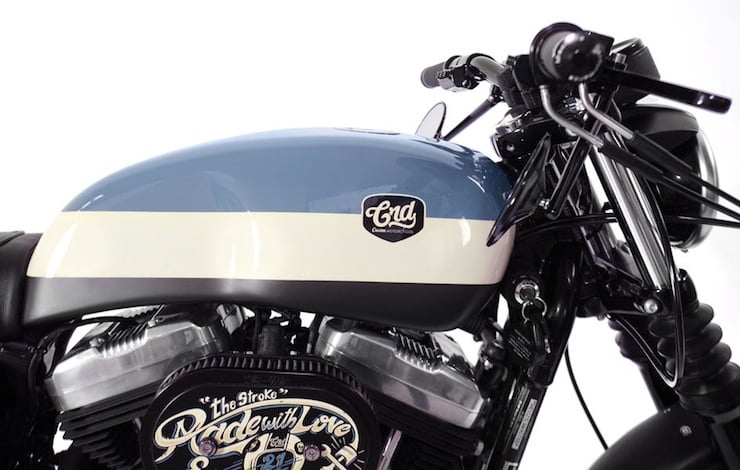 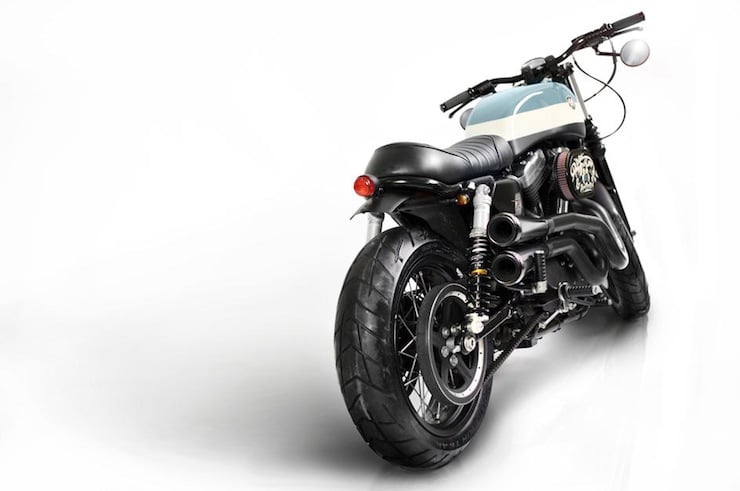 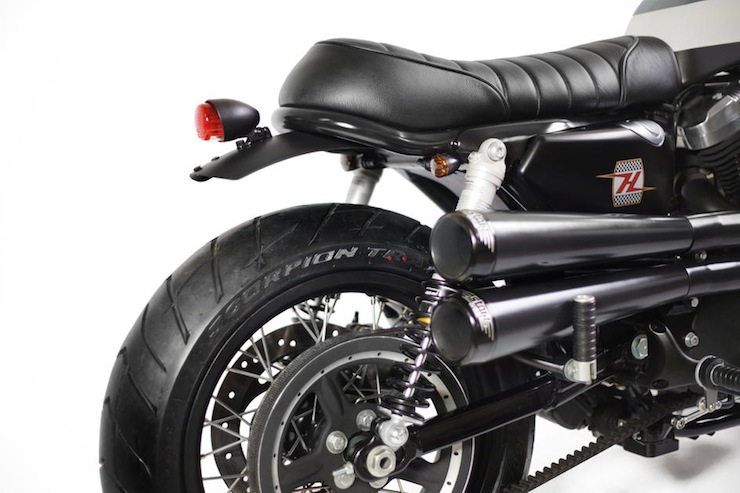