The ’98 Triumph Adventurer is one of the better bikes built by Triumph in the ’90s, it was fitted with an 885cc triple cylinder engine with 12 valves, it produced 68hp and 70nm of torque which was fed to the rear wheel via a 5-speed transmission and a chain drive.

Despite the name, it wasn’t really an adventure bike, in reality it was a sort of cross between the modern Bonneville and the Thunderbird. Not that this is a bad thing.

This take on the Adventurer by custom motorcycle garage Steel Bent Customs is a fascinating look into the potential of the base model. The stripped back mid-section and minimalist seat are both highly attractive modifications, not to mention the addition of clip-on handlebars and the removal of the rear fender. 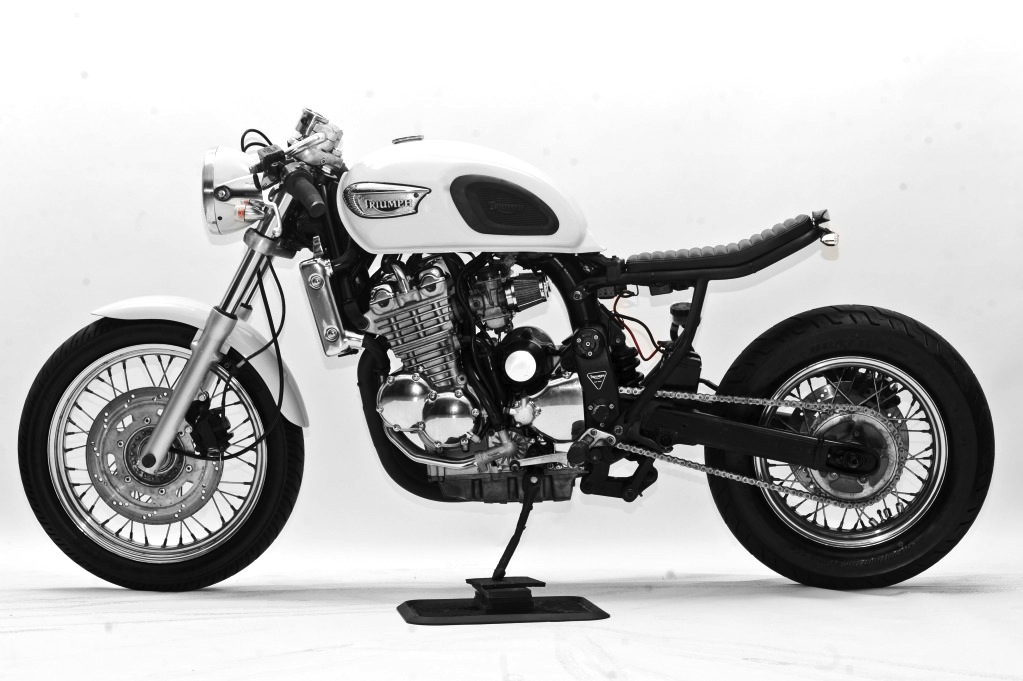 As the bike stands now it looks like the sort of thing we should ship over to the Triumph headquarters with a note asking them to make a few more.

Steel Bent Customs has been going from strength to strength recently, the Florida based team headed up by Michael Mundy have produced a serious collection of modern cafe racers and their reputation is climbing on the international stage at a phenomenal rate.

Check out more from SBC here. 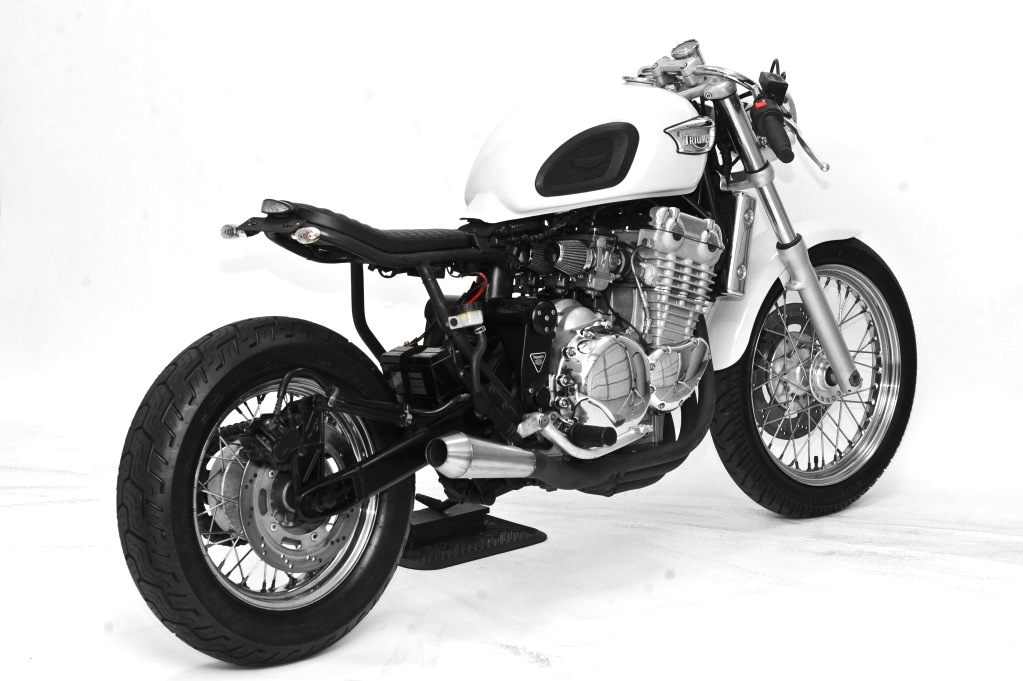 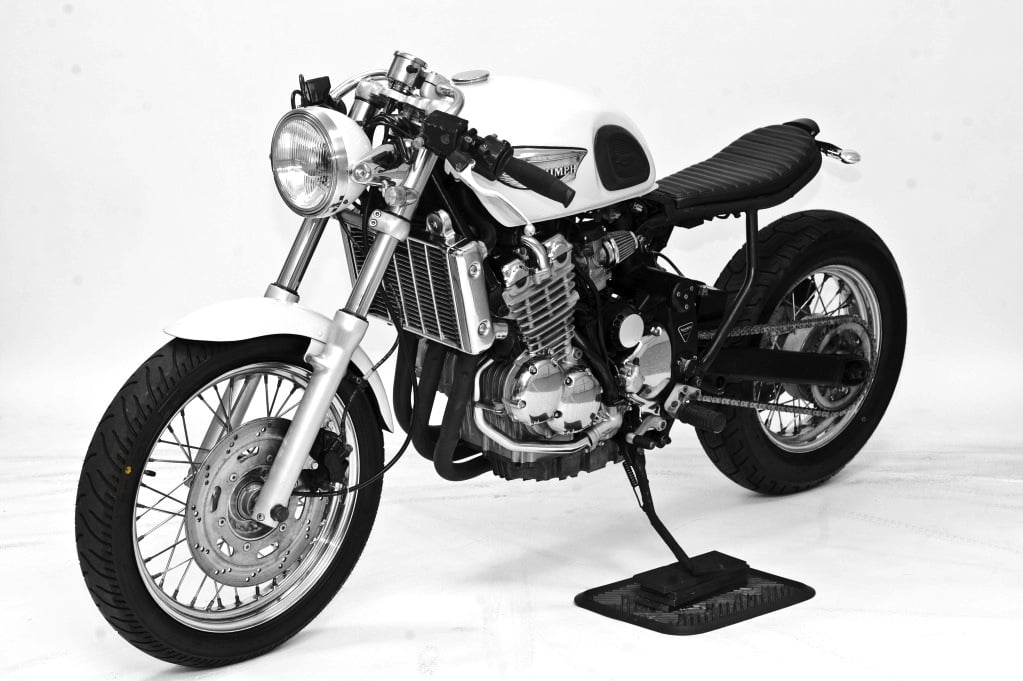 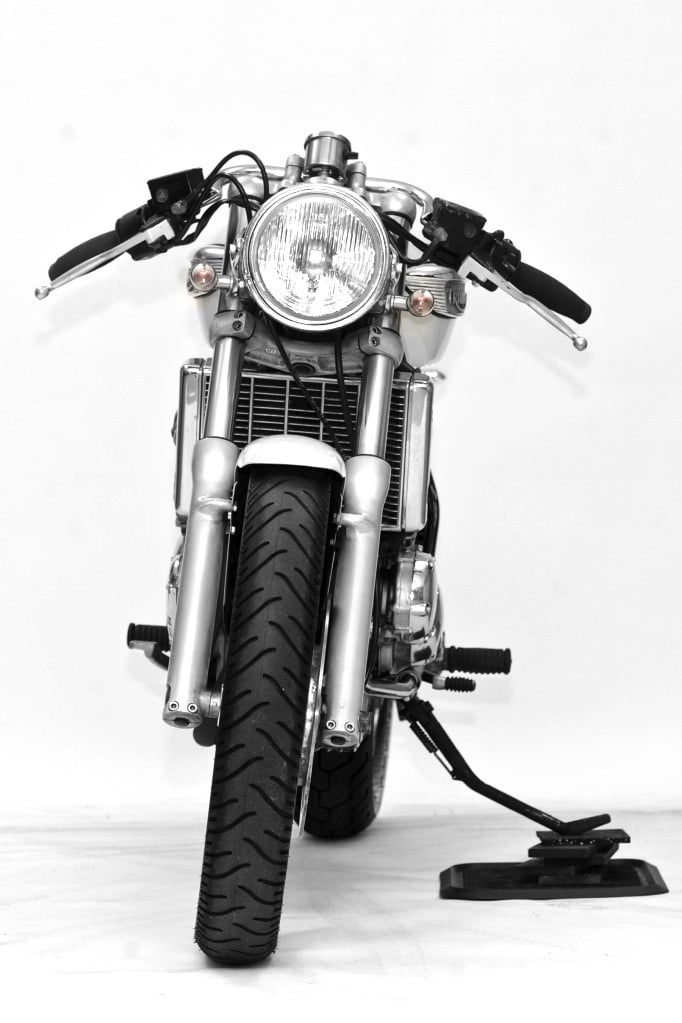 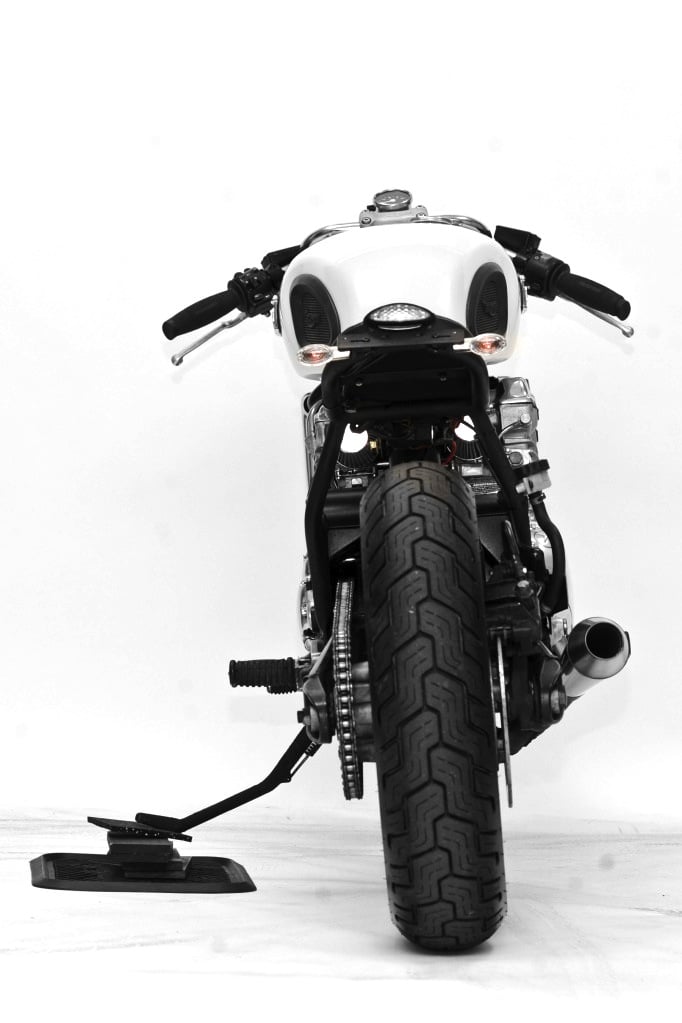 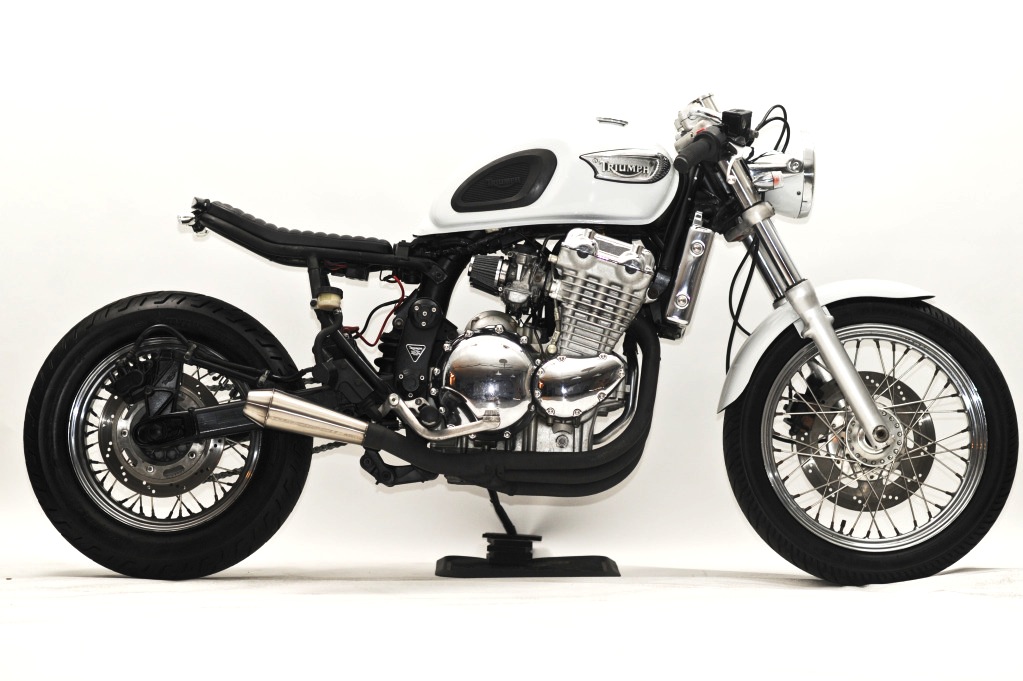 All images courtesy of the talented Erick Runyon @ ChopperShotz