This bike was nicknamed “The American” by its creator, Michael Woolaway (aka Woolie), the head motorcycle man at Deus Ex Machina in California. The fundamental ethos behind The American was that is should be as American as possible with as few internationally sourced parts as could be managed.

The project started with a bare C&J Low Boy chassis (the most successful flat-tracker chassis ever made), a Harley-Davidson Sportster engine and transmission was bolted into the Low Boy and then they added bob-weight-balanced crank performance rods, forged J&E high-compression pistons and Edelbrock big-valve cylinder heads.

The forks were sourced from a Buell and the rear springs were made specifically for this bike by the team at Works Perfomance Products, the rims are from Buchanan’s, the brake hangers are from A&A Racing, and the speedo and electronics are from Motogadget.

The finished bike is a uniquely American cafe racer, it has the look of a pit bull that’ll just as soon lick your face as bite your ass and those twin, high-exit exhausts are a thing of beauty. I often point at motorcycles like this and say that Harley-Davidon should build something just like it, however if they actually did do that in this case I fear that men around the world would be selling off their children to afford one. 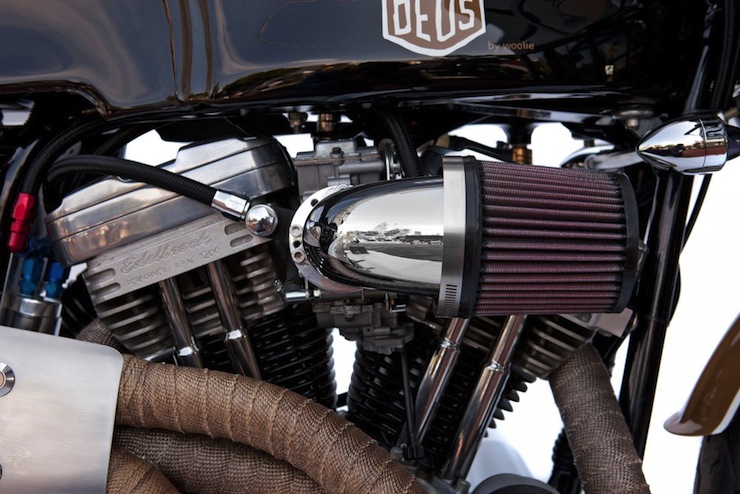 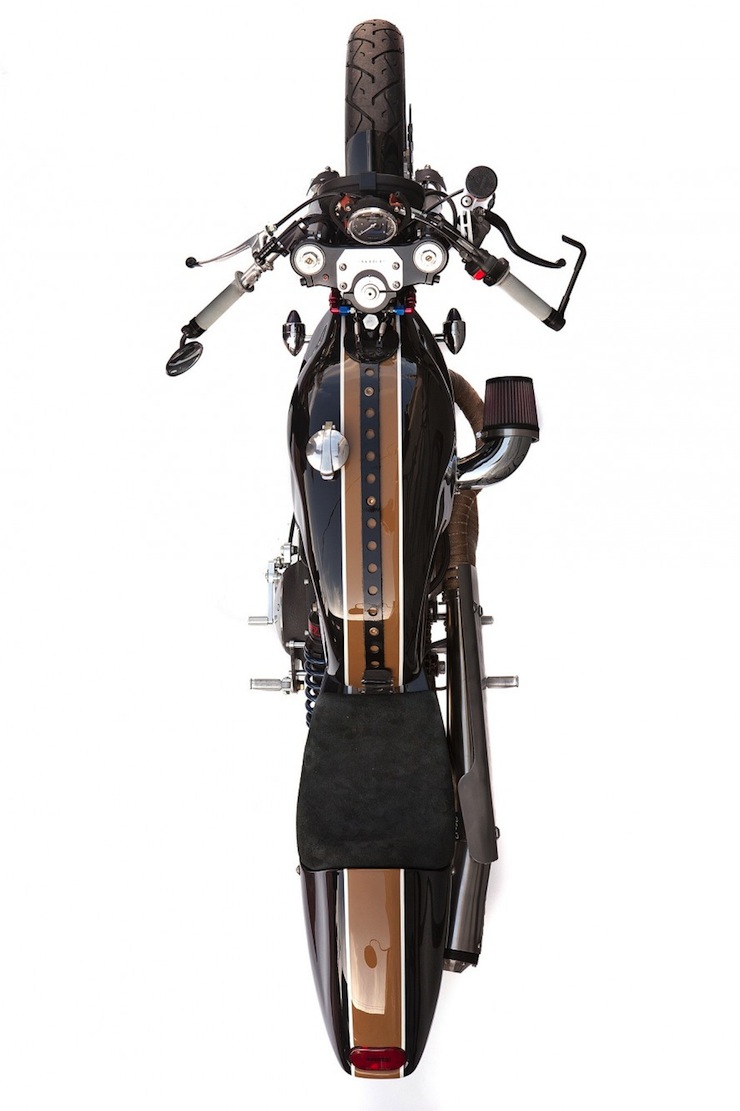 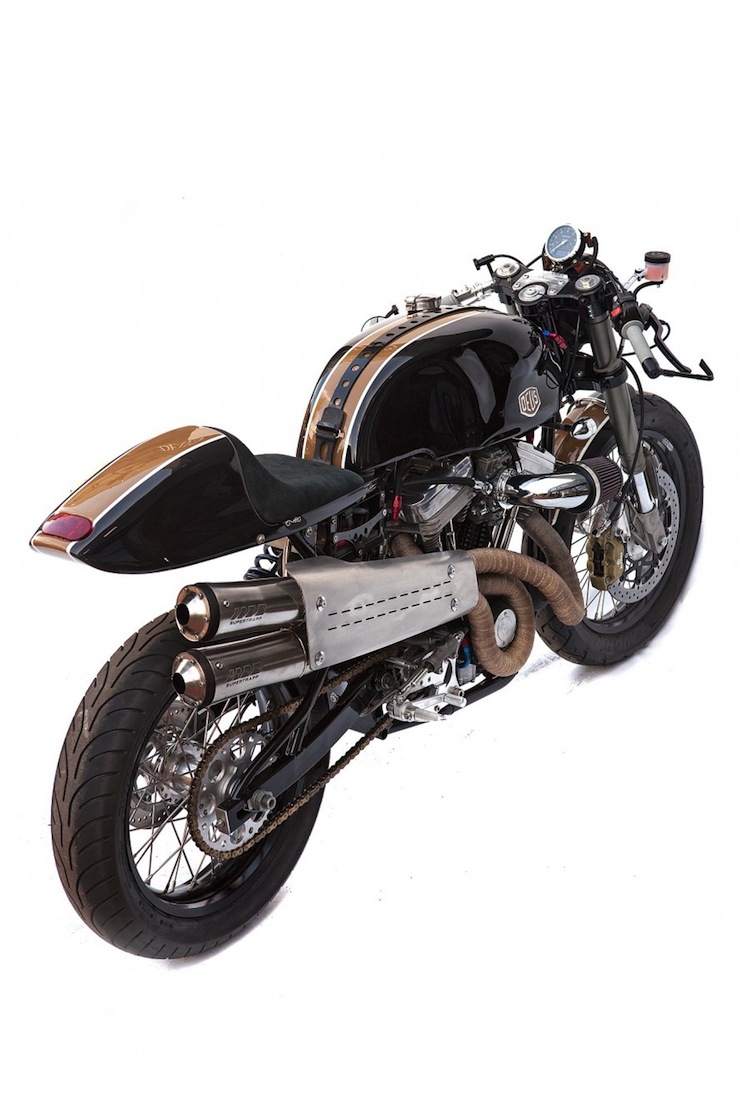 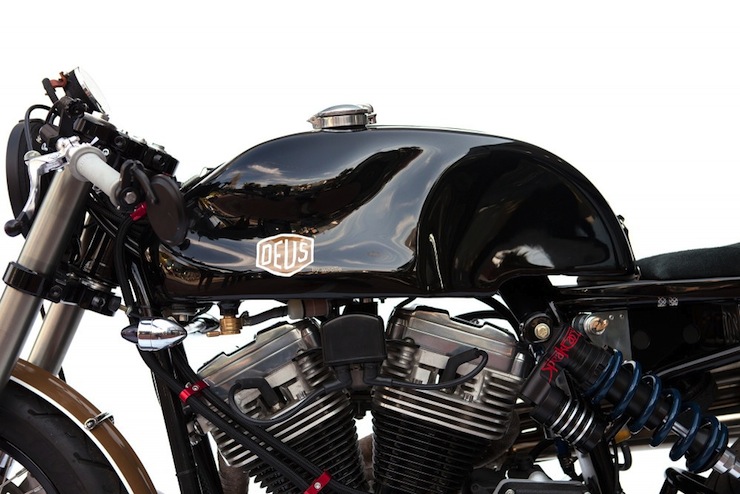 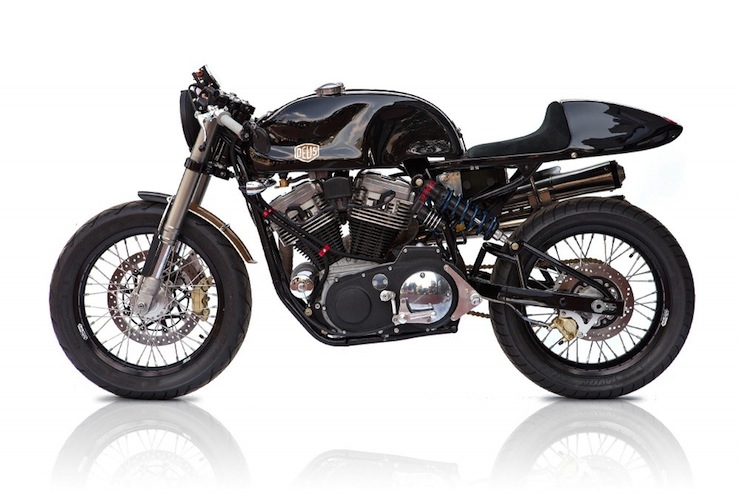