Okay so before I start blathering on, I have a confession to make. The Moto Guzzi V7 Stone you see pictured above is not the stock, road-legal model. It’s the one I just modified in Adobe Illustrator to make it slightly less legal and slightly better looking. Well, better looking in my opinion.

I removed the gauges, cropped the rear mud-guard, popped the tail light under the seat and moved the license plate to the left hand side (asymmetrical mount). I also removed the bug-eye rear vision mirrors that seem to be a legal requirement in much of the developed world.

For the sake of comparison, I included the unmodified original below. 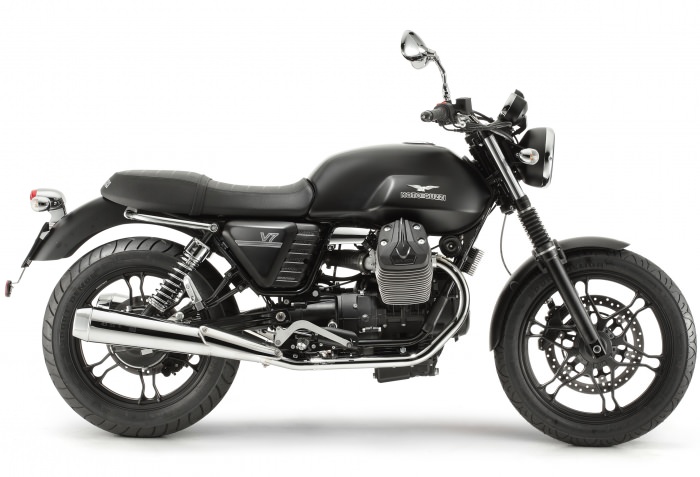 The stock model Moto Guzzi V7 Stone is actually one of our favourite new motorcycles, it weighs in at a fairly light 179kgs and that v-twin produces 50hp and 42.7 ft lbs of torque. It has a shaft-drive meaning the regular greasy-fingered chain-tightening proceedure many of us often go through is eliminated, the rear end his held aloft by 2 spring preload-adjustable Bitubo shock absorbers and the front-end by telescopic hydraulic forks with 40 mm stanchions.

Stopping power is provided by Brembo with 4-pot callipers on the front and 2 pots on the rear, the double cradle tubular frame is made from ALS steel and the rear subframe is fully detachable.

The Moto Guzzi V7 Stone will be available in the USA in the first quarter of 2013 with a MSRP of $8,390 and you can visit Moto Guzzi here to read more. You can also hit the link here to visit the official list of Moto Guzzi accessories for the V7 Stone, where you can pick up everything from uprated suspension and exhaust systems to headlight cowls and throttle body covers. 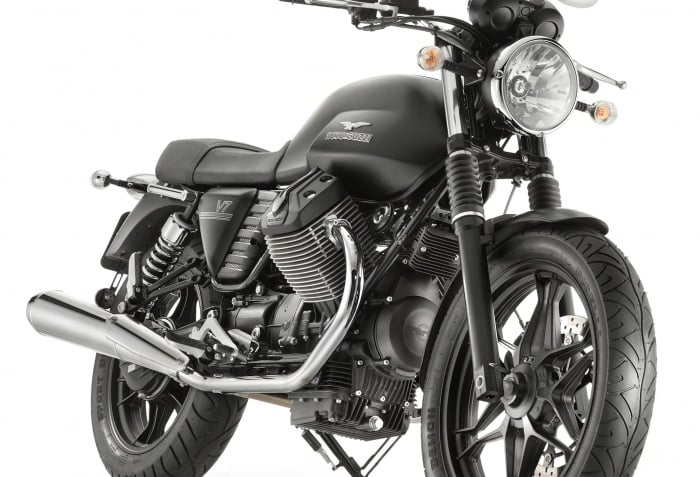 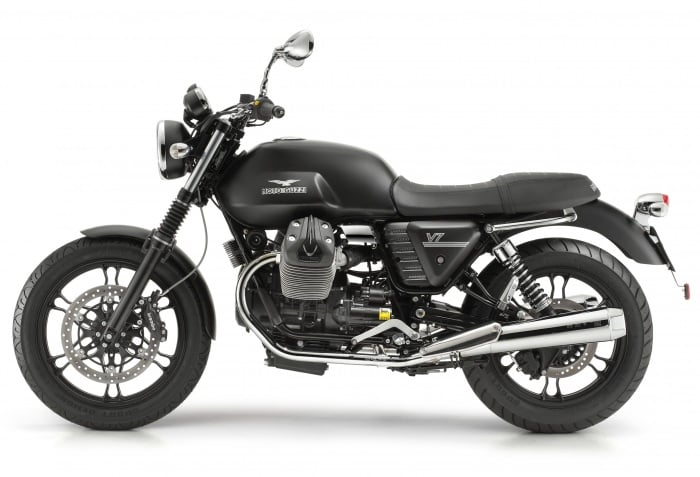 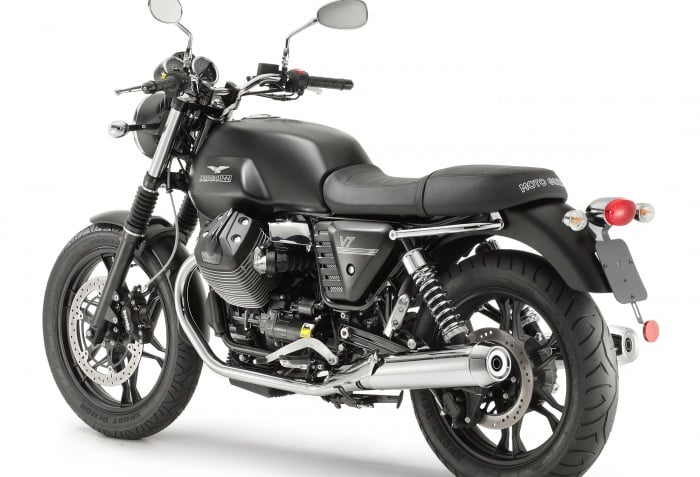 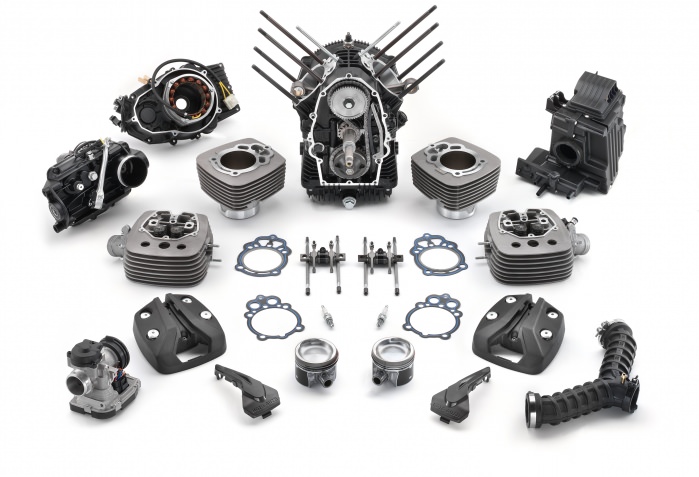