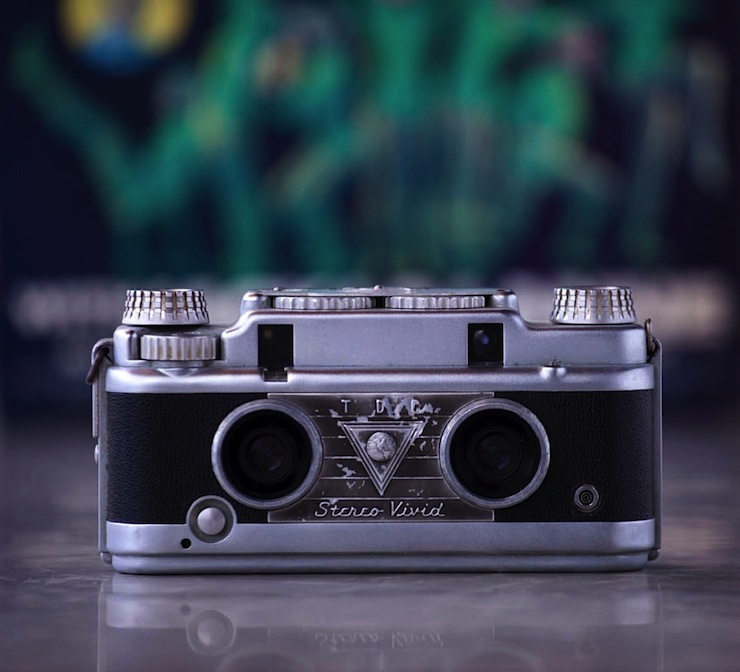 This Bell & Howell TDC Stereo Vivid Camera is a fascinating piece of 1950s era photography trivia, long before the recent spate of “3D” cameras stereo-vision equipment like this was being used by enthusiasts in many countries across the western world.

The Bell & Howell Company started life back in 1907, they specialised in making projectors and 35mm film cameras but they dabbled in many other areas – even building and selling black-cased Apple II computers under license in the late 1970s.

The TDC Stereo Vivid Camera is currently for sale and you can snag it for $50 USD here via Etsy.