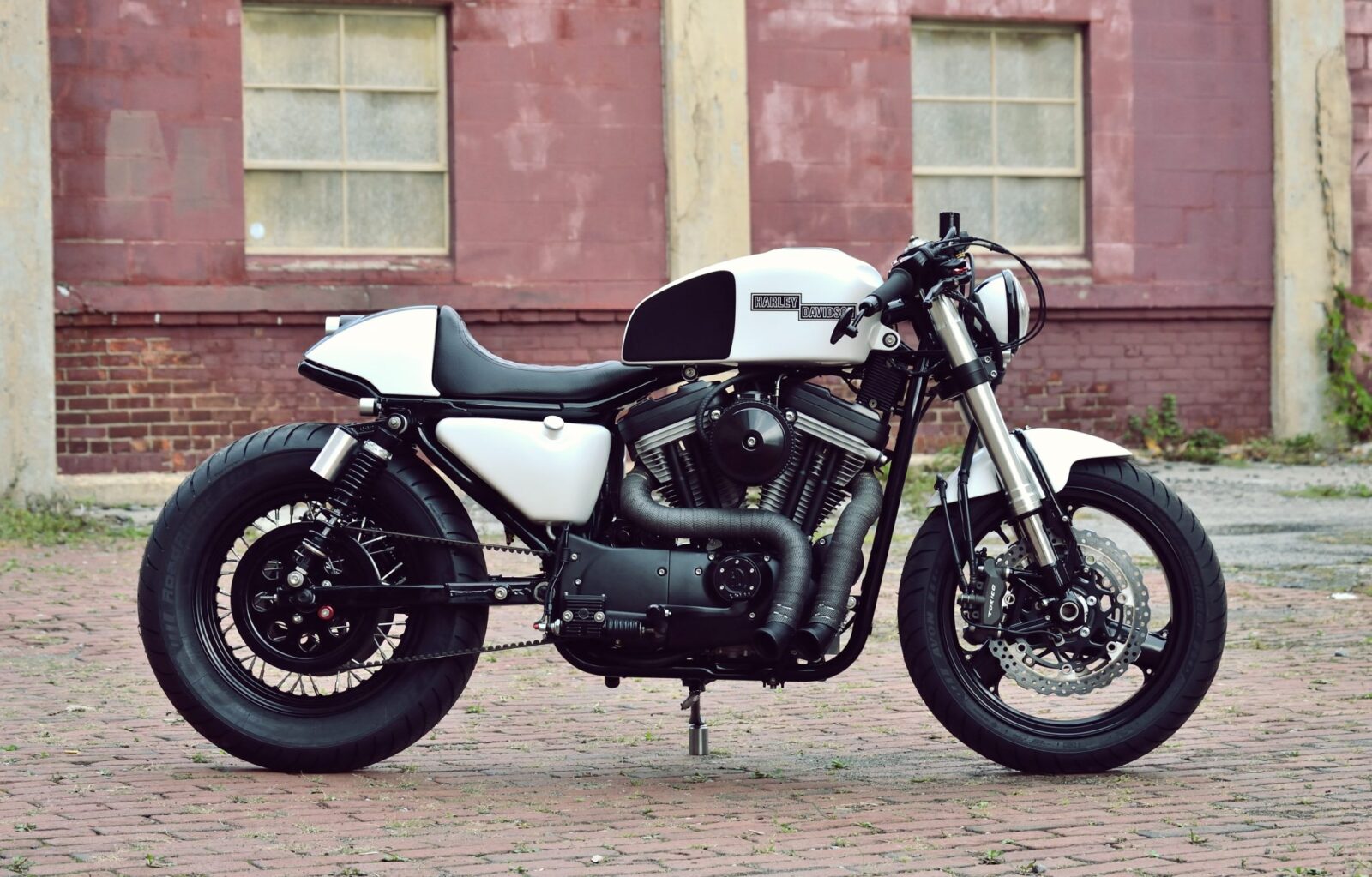 The Harley-Davidson Sportster has been around since 1957 – making it the longest running Harley model ever. The original Sportsters were more similar to the sporty British bikes of the 1950s and ’60s, and they didn’t get their more laid back seating position until later – to cash in on the shifting tastes of the American motorcycling pubic.

Some custom motorcycle garages, like Kustom Research, have taken it upon themselves to reverse this trend and shift the Sportster back to its original sporting roots. Both the 883 and 1200 versions of the Sportster respond surprisingly well to the treatment, and the more comprehensive builds like this one are more than capable of giving the Bonnevilles and Monsters a run for their money.

Kustom Research took up the job to build this Harley-Davidson cafe racer for Cristin Oroszi, for whom they’d built a custom Honda CX500 in 2014. Cristin felt that she needed a little more oomph for highway and longer distance riding, and her brother-in-law rather generously offered her his 1993 883 Sportster. As a father of 3 he hadn’t had time to ride it for years, and it had been sitting outside year round in the snow, rain, sun, and dust.

The build started with a full tear down, and it was decided to change the rake from stock to a sportier 24° with a new tubular frame support structure, giving the bike a quicker turn-in and slightly shortening the wheelbase. A front end from a Kawasaki Ninja ZX-6R was sourced and fitted – simultaneously improving suspension and braking.

The rear subframe was removed and replaced with a new bespoke tubular structure to match the newly fabricated cowling, seat pan, and seat. Interestingly, the fuel tank was made by cutting and combining two Harley peanut tank shells, an R1 filler section, and a hand formed bottom and tunnel.

Adjustable performance suspension was fitted on the back, and a set of deliberately mis-matched wheels were used as a hat tip to fixie bike culture. A pair of Avon Roadmaster tires were fitted front and back, as well as all-new lighting, a new S&S air cleaner, and a set of custom pipes so people will be able to hear Cristin before they see her. 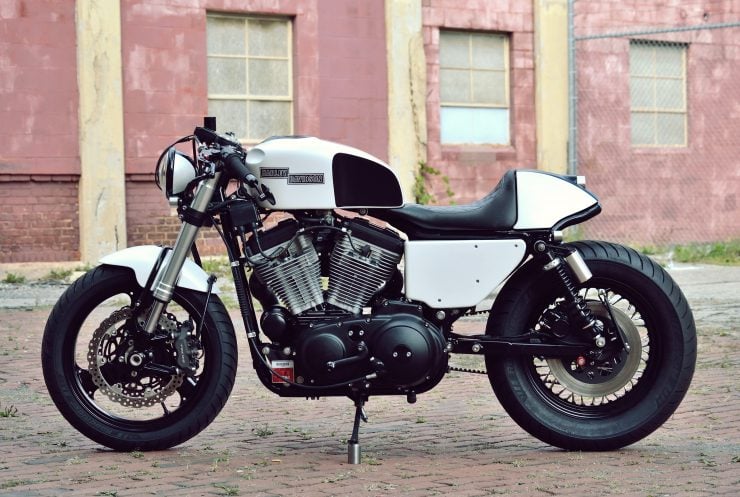 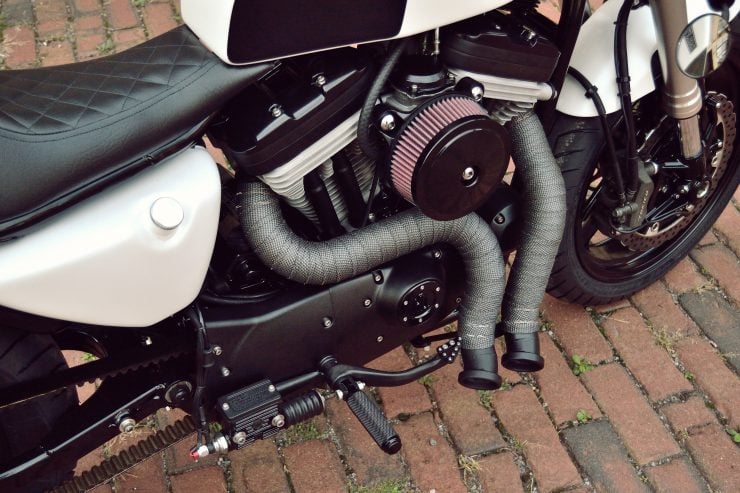 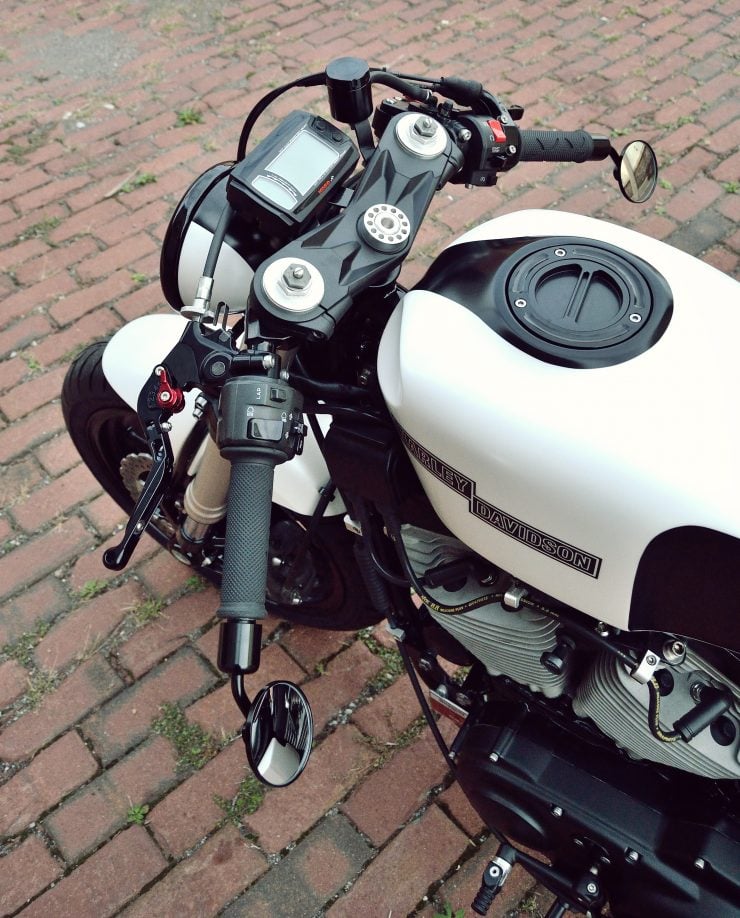 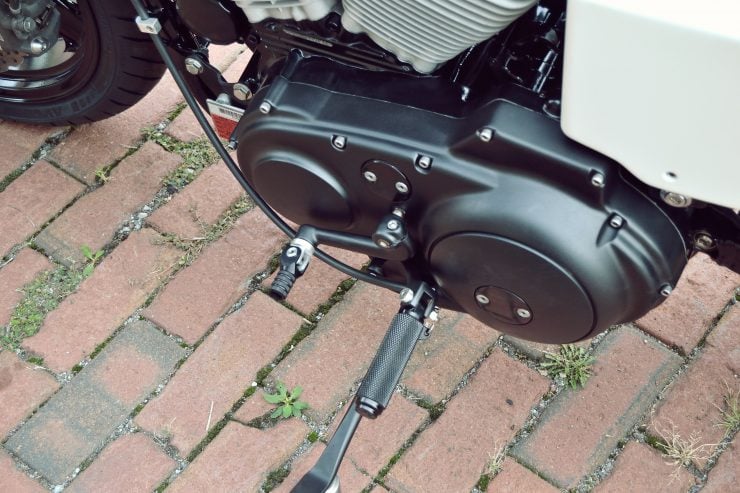 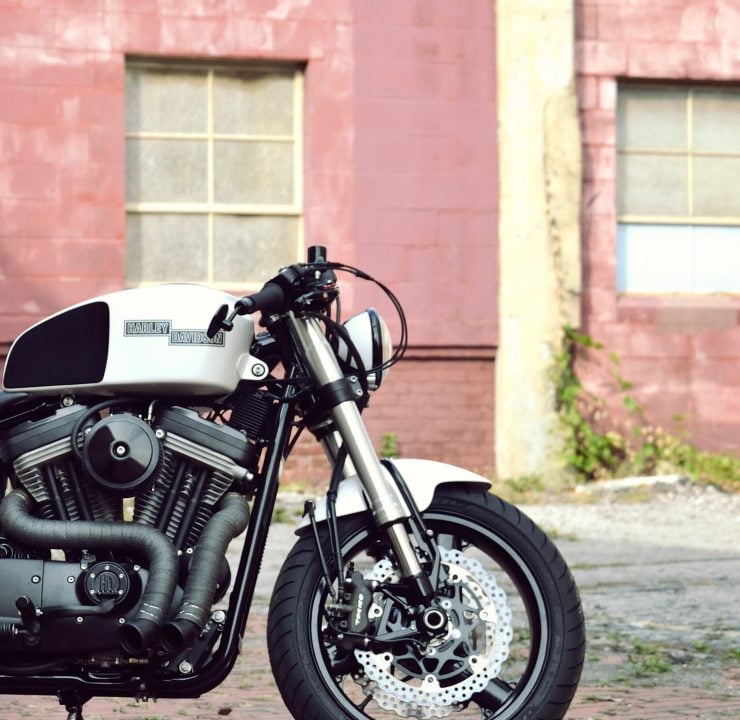 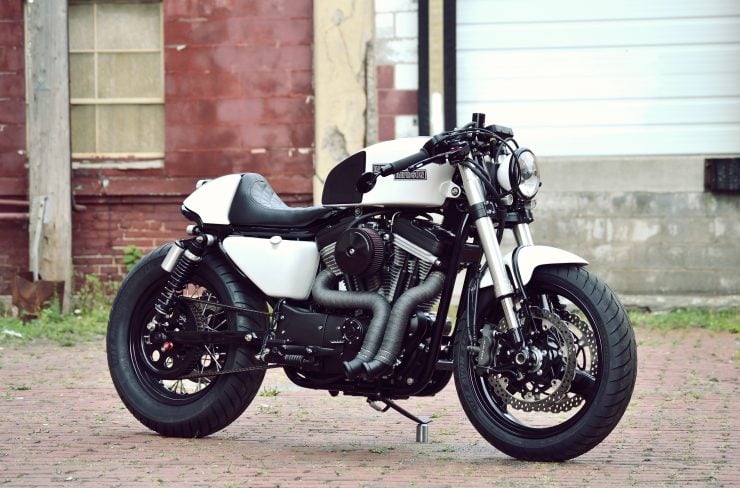 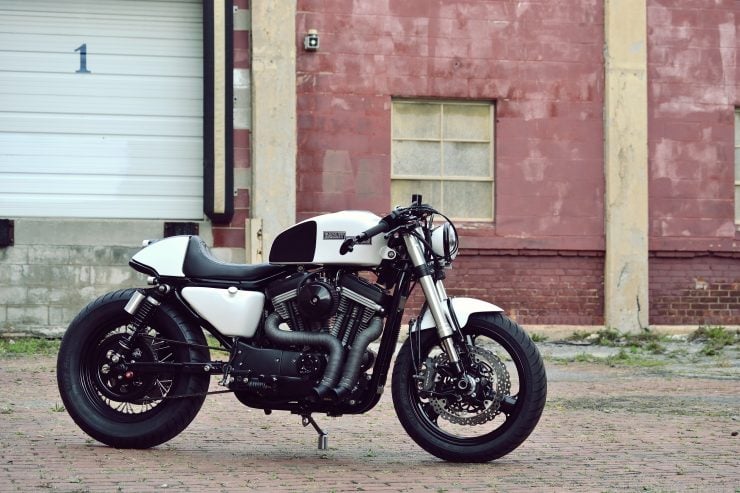 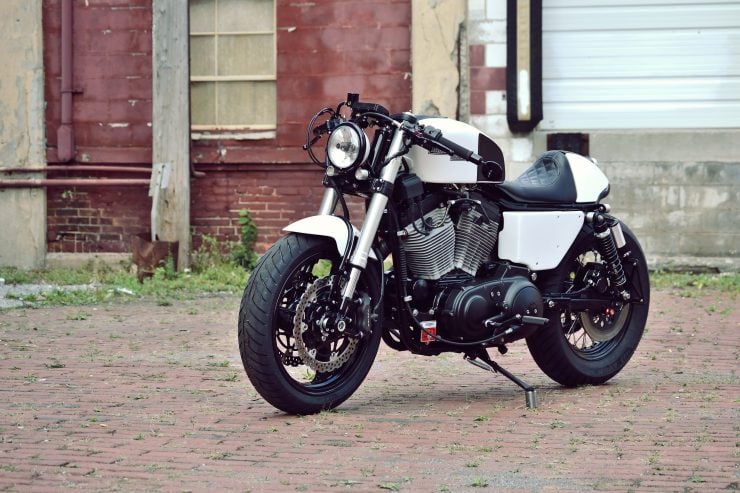 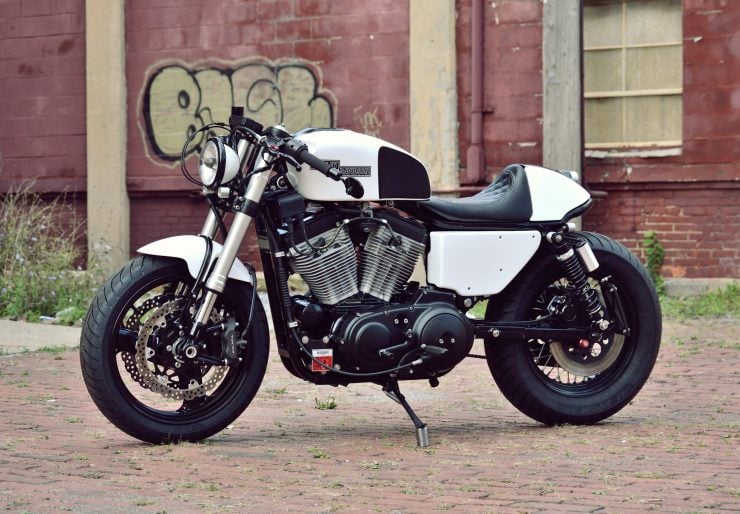 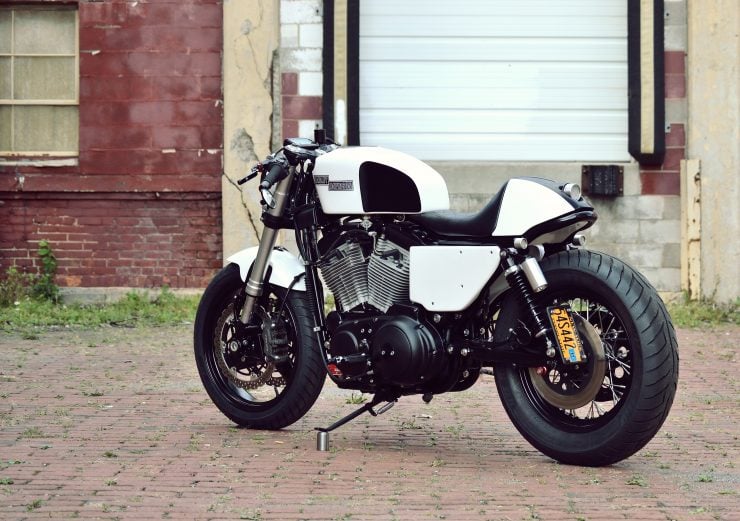 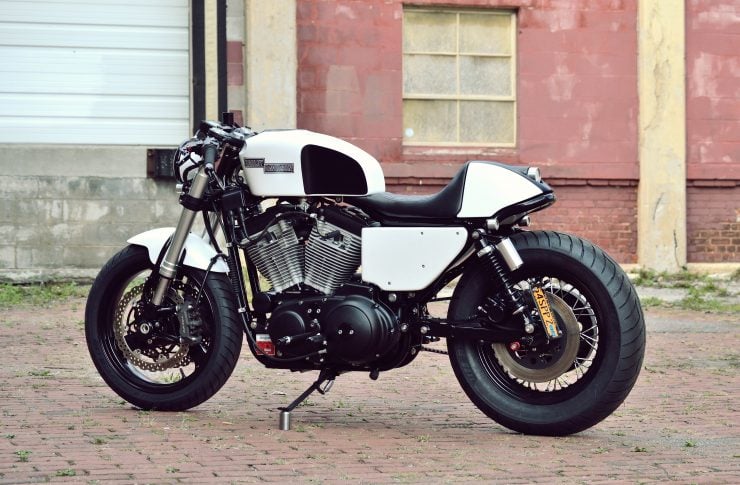 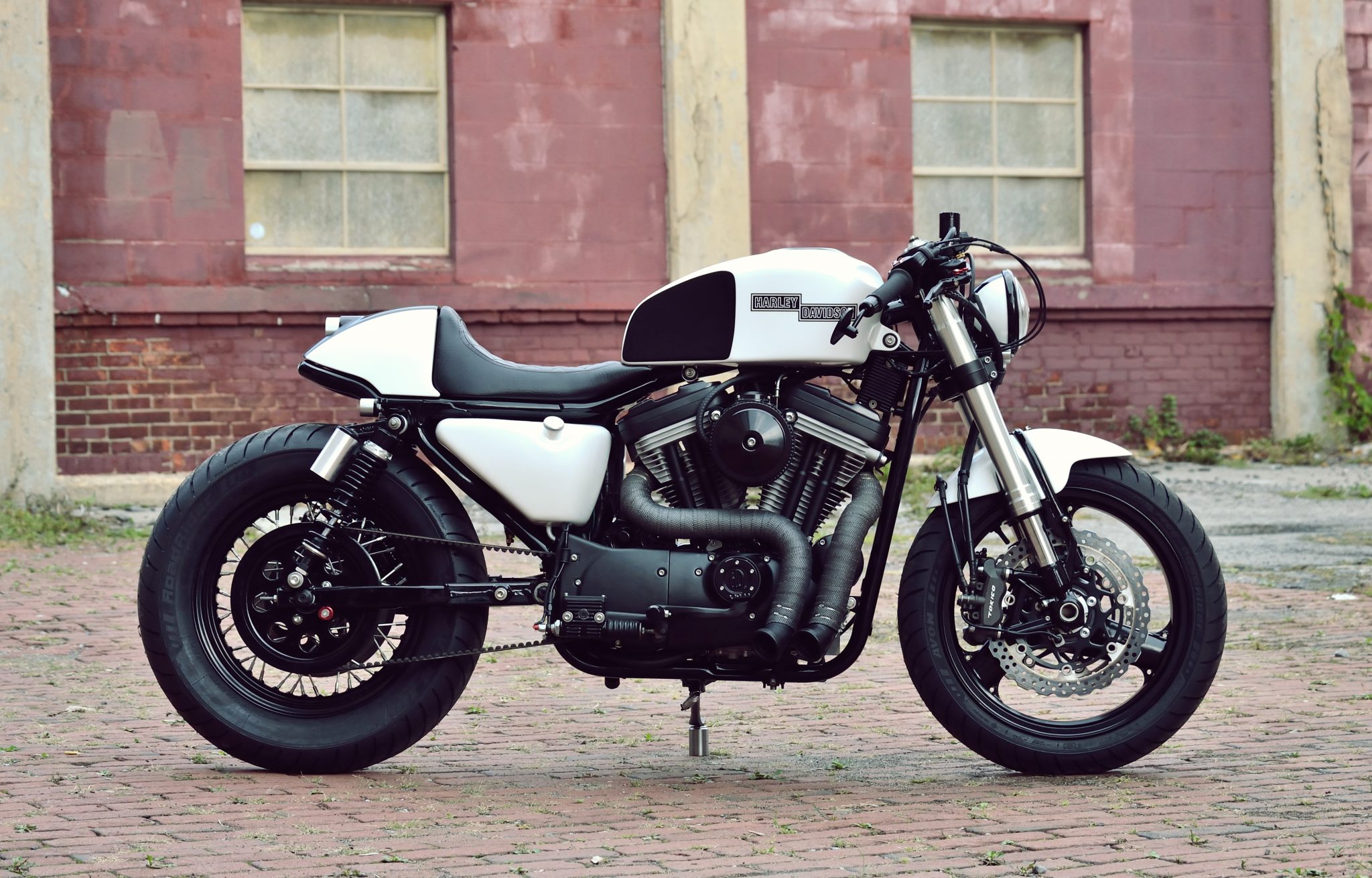