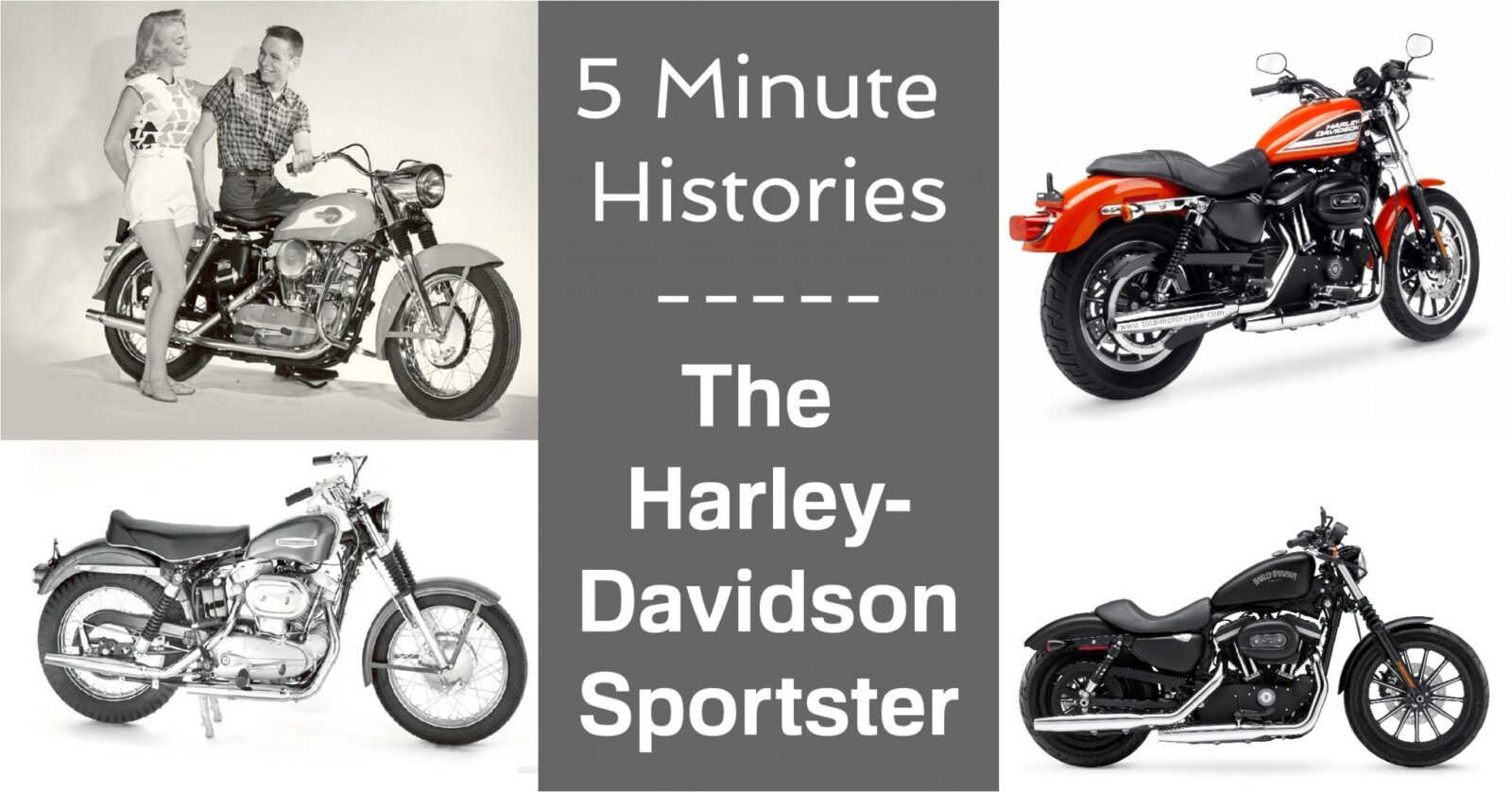 Harley-Davidson created their Sportster partly as a result of losing sales and prestige to the quick and nimble British motorcycles being imported into the United States in the fifties as Britain’s government used an “export or perish” economic model to pay off her war debts. These bikes from the likes of Norton, Triumph, and small arms maker BSA were around 500cc capacity heading on up to 650cc. Born in an environment in Britain where racing from café to café trying to reach 100mph and not get caught by the police had become a new sport.

One of these stopped me in my tracks when I first saw it parked on a city street. It was a café racer but with the Harley-Davidson V twin engine and Harley-Davidson on the tank. I went and had a good look. The bike’s owner undoubtedly knew that his bike would draw lots of attention and so to safeguard it he had affixed a sticker to the fuel tank that read “If you love your life as much as I love this bike don’t mess with it” in large not so friendly letters. But we’re getting ahead of ourselves. For the beginning of the Harley-Davidson Sportster we need to jump into our DeLorean, fire up the flux capacitor, and head back to 1957. 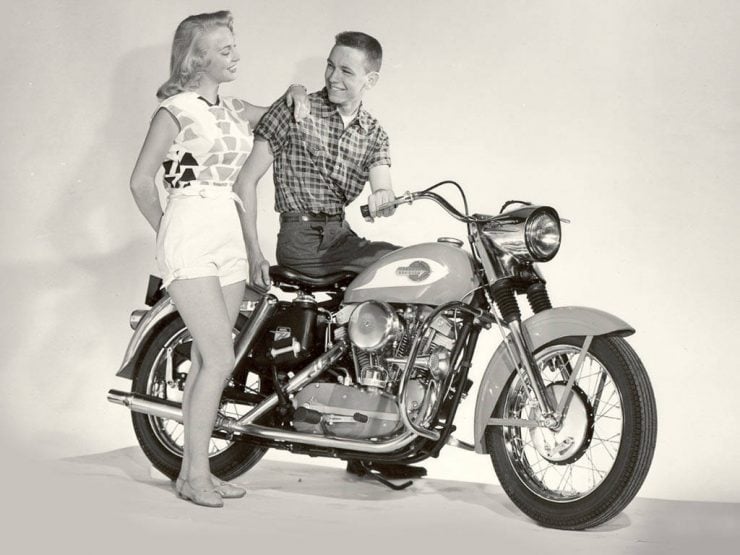 Actually we need to travel back a little further than 1957, which was the year the Sportster was introduced. The beginnings of the idea for the bike really come about in 1952 with the Model K. This was a bike that could do 16 second standing quarter miles and certainly capable of the magic 100mph or “ton” as the Redcoats would call it. It was the germ of an idea to make a Harley-Davidson that was sporty, with the aim to make something that could race and indeed the bike proved popular with young people. It was the sort of thing they were looking for. This was right at the beginning of the British invasion and the movie “The Wild One” appeared the following year in 1953. The bike Marlon Brando rode was a British Triumph 6T Thunderbird with a 650cc engine that was a bored out 500cc Speed Twin and which put out 34bhp at 6300rpm. This was an advanced parallel twin engine in which the pistons both fly up and down together which makes it sound and feel like a powerful street thumper and with its lightweight frame and fairly sophisticated suspension.

When Harley-Davidson introduced their XL Sportster in 1957 it had the sort of specifications that the British had been using so successfully but with a bigger engine. The Sportster had twin shock rear suspension, a characteristic “peanut” shaped fuel tank, the pushrod V twin Harley-Davidson Ironhead engine, a separate transmission case with derby cover, and a look that said “watch out Redcoats the Americans are coming”. It was the bike Marlon Brando should have been riding.

The Sportster has continued to develop and improve over its fifty eight years of production and still counting. In 1957 the engine was bolted directly to the frame which helped make the bike lighter and improve handling, albeit at the price of transmitting engine vibrations directly to the rider. In 1958 the XLCH with its single seat, hotter cams and two separate straight through exhaust pipes was created for racing and it became the bike to beat. From 1972-1985 the XR750 was the racing bike but was also the Evel Knievel stunt bike. That made the Sportster a star and when something becomes a star people are going to want one. Just like when Clint Eastwood in the movie “Dirty Harry” pulls out his Smith & Wesson Model 29 and says “this is a .44 Magnum, the most powerful handgun in the world…” it took Smith & Wesson three years to fill all the orders, everybody wanted one. 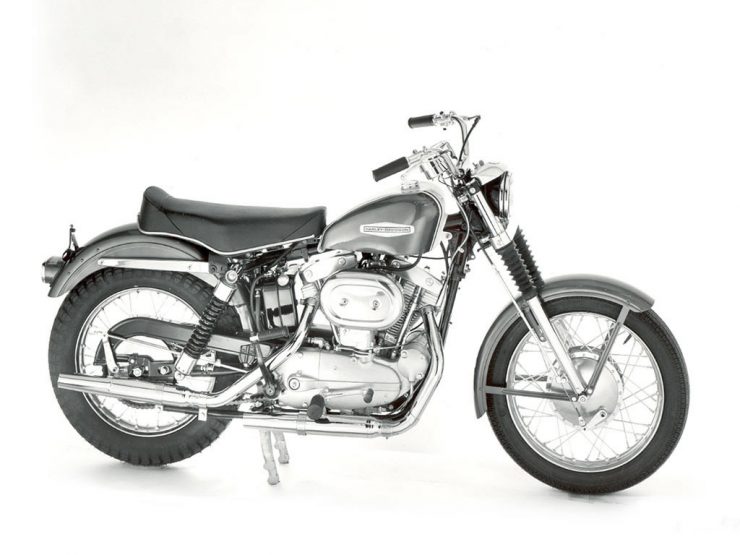 1977-1979 saw the creation of the Harley-Davidson Sportster XLCR, the cafe racer and a personal highlight. This bike served up what the cafe racing fraternity had wanted all along even as the British motorcycle industry collapsed. These are a collectible Harley-Davidson as they were made for such a short time. If you have one, ride and enjoy, but look after it, it might just be worth some cash one day as might the XR1000 that was only made from 1983-1984.

About the only major mistake Harley-Davidson made with the Sportster was the XLH883 Hugger with its low 26” high seat and beginner motorcyclist style. It was a bike that Harley-Davidson thought they were aiming at women and new riders but all it seems to have done was to attach the “girl’s bike” label to all of the Sportster models. With wisdom with the benefit of hindsight the designers at Harley-Davidson might want to slip into the time machine and go back in time to undo that design decision. Strangely Harley-Davidson didn’t have a well set up advertising campaign to attract women to buy the Hugger. With such a major deviation from the Evel Knievel image the Sportster had built up it needed some serious public relations to make the concept work.

The Harley-Davidson Sportster continues to improve and modernise. It has long been a favourite Harley-Davidson model for those who are looking for a lively motorcycle that is responsive and truckloads of fun. They have truckloads of character also with a personality that owners and riders come to appreciate and love. If you haven’t ridden one yet then find an opportunity (a legal one of course!) The Sportster is the merging of the motorcycles the Redcoats love with the motorcycles the Americans love. Its a mix that works wonderfully.

From 1957 to the present day the Harley-Davidson Sportster is still in production. It has acquired some modern improvements along the way and is all the better for them. It hasn’t quite beaten the Land Rover for having a record time in production but it probably will, and by a handsome margin, I hope it does. 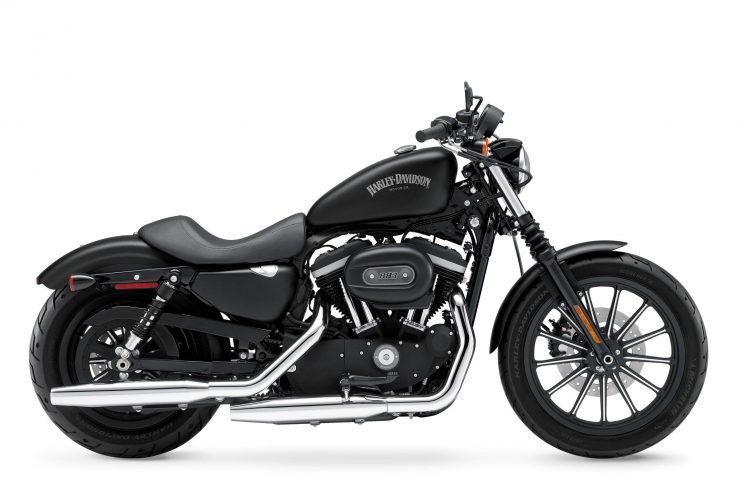 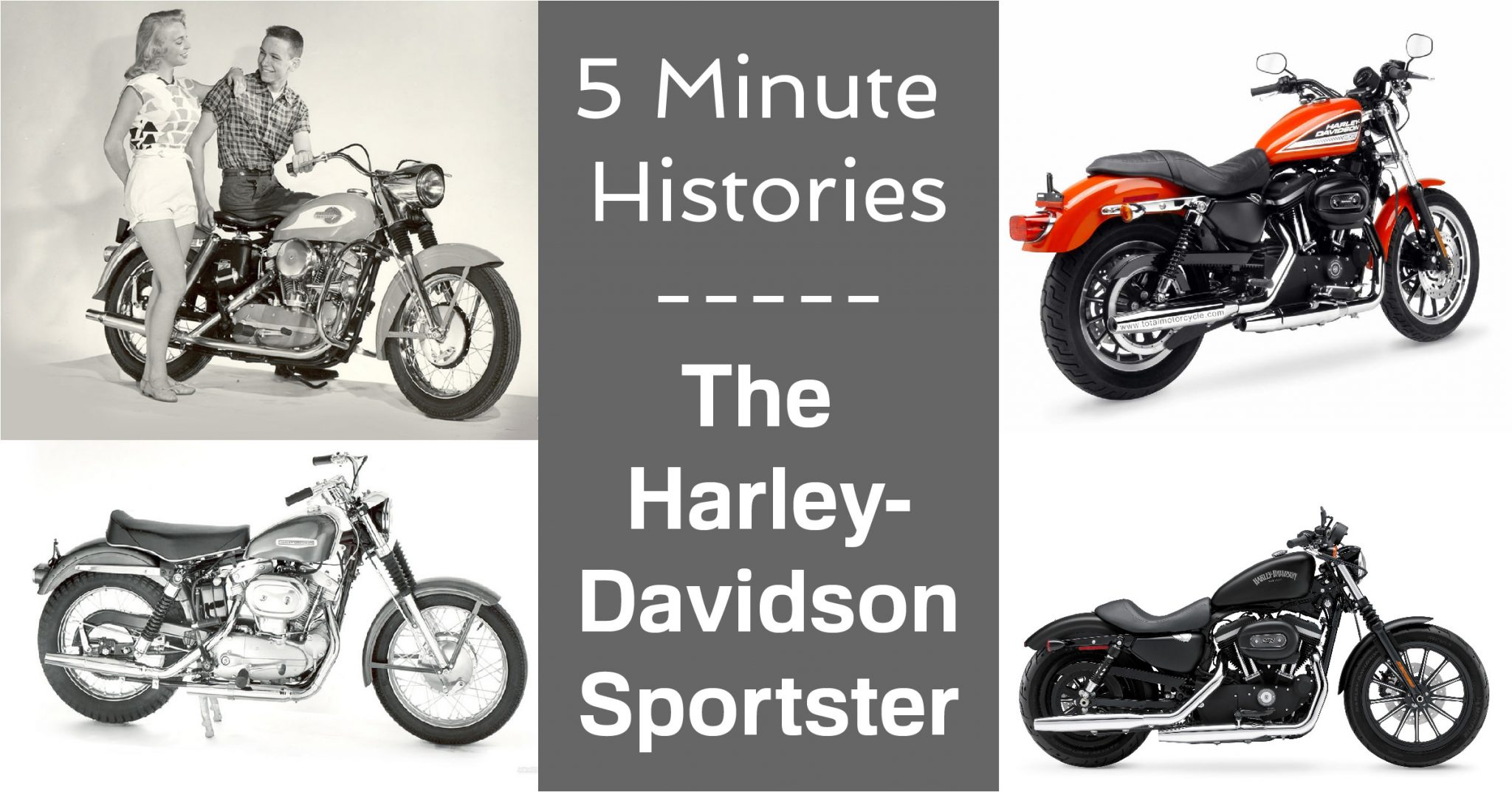