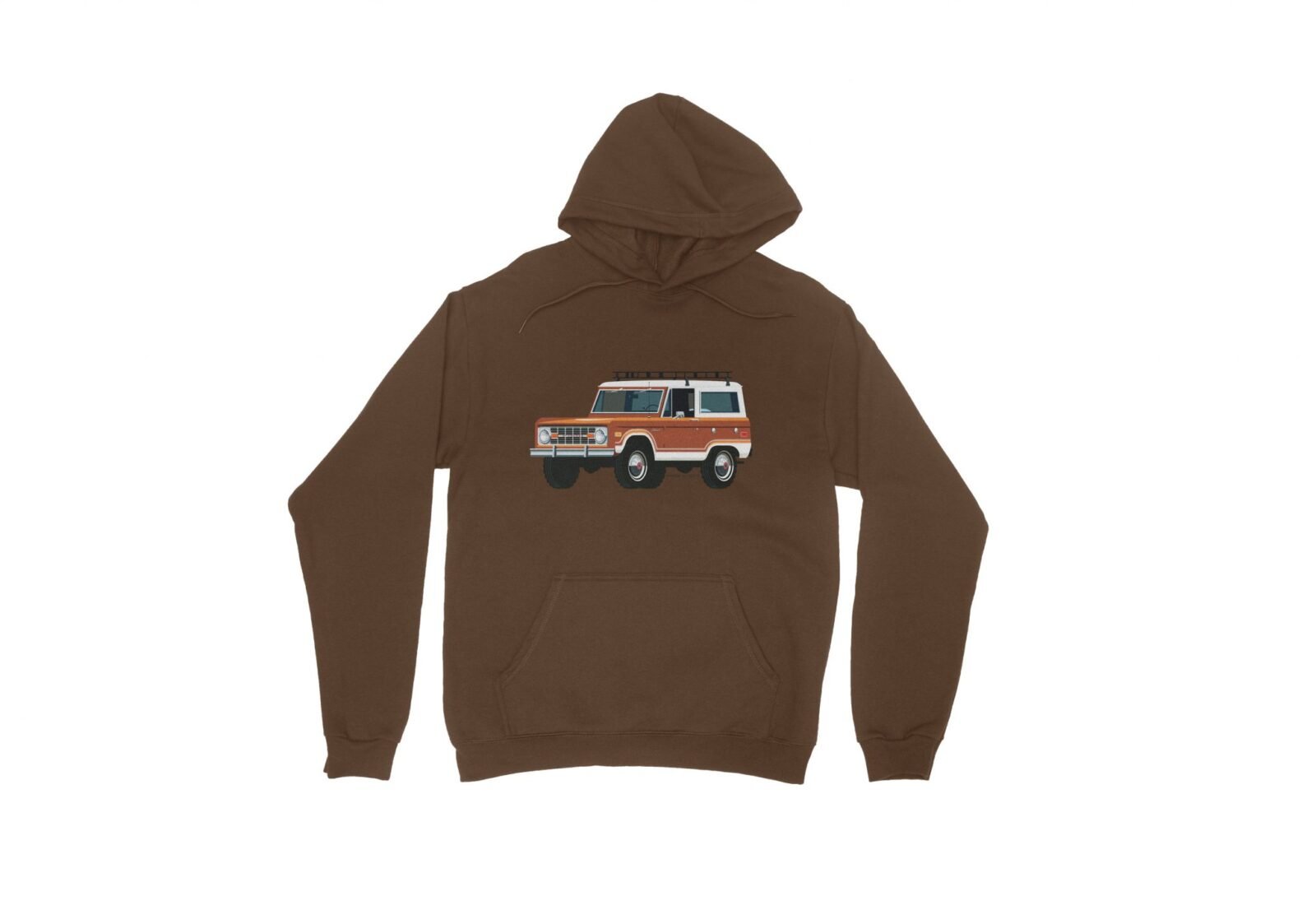 The original Ford Bronco has become an iconic design and a highly collectible 4×4, its simple construction and legendary off-road ability have endeared it to generations of enthusiasts in the United States and around the world.

This new hoodie by L-Dopa Design features an early Bronco with two-tone paintwork and a roof rack, with original whitewall tires and chrome hubcaps. Each hoodie is made from 100% fleece cotton and comes in sizes from S through XXL. 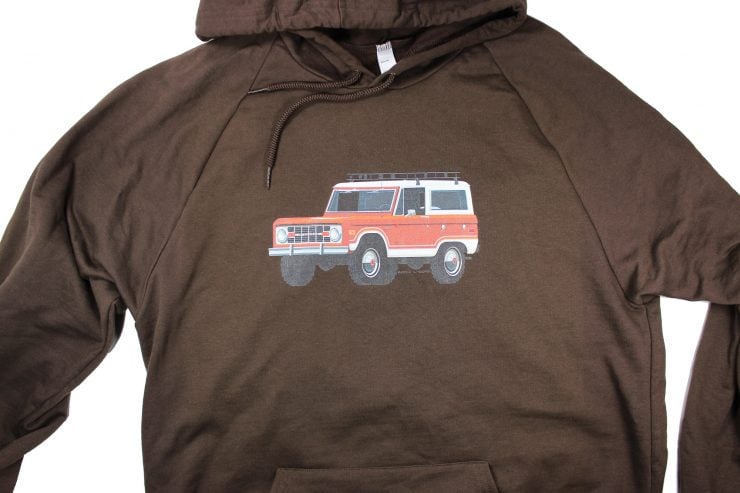