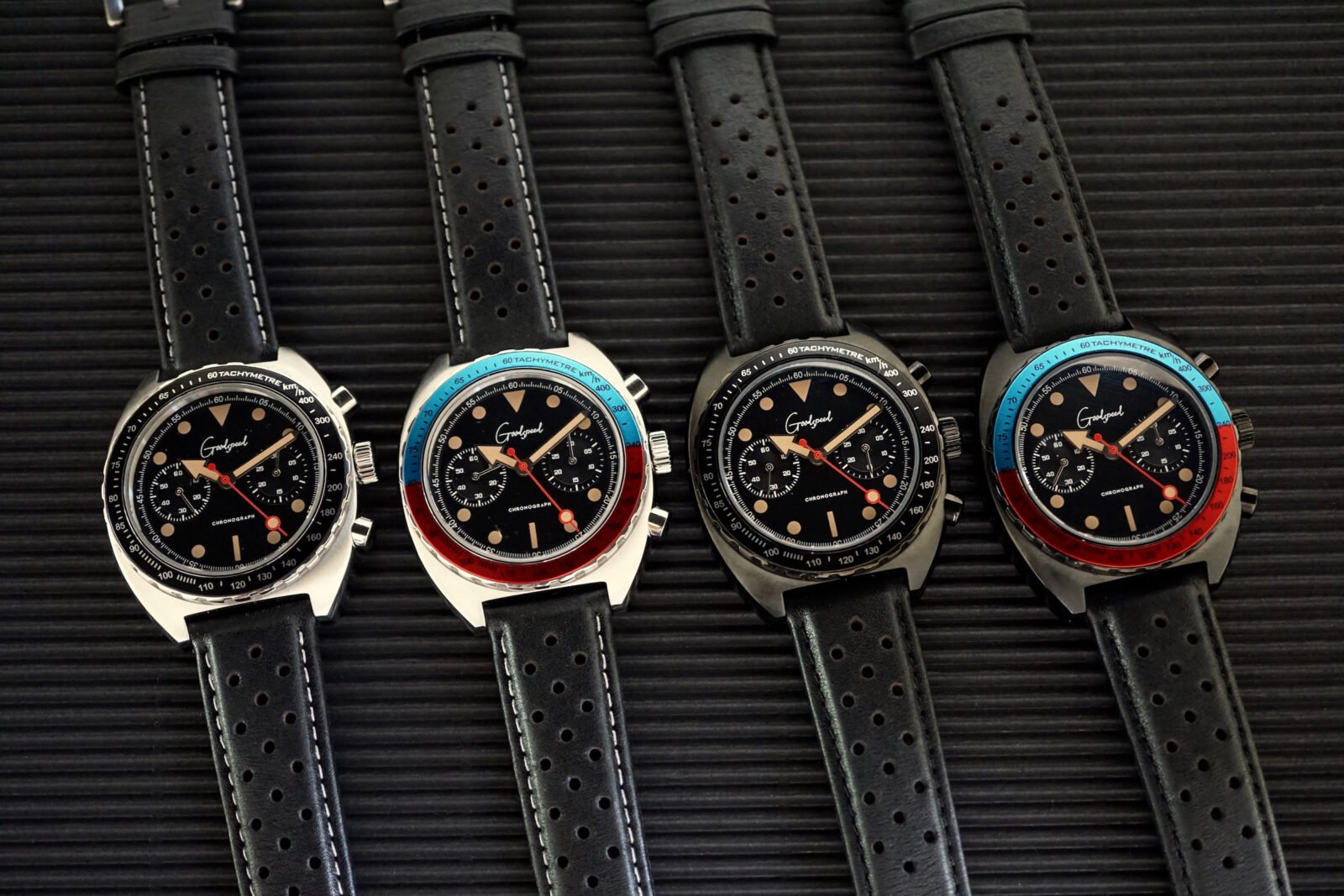 The Goodspeed Sonoma is a new watch that was inspired by the timepieces used by racing drivers and their teams throughout the golden age of motorsport.

When ordering your Sonoma you have the option of choosing a mechanical or a quartz version, allowing the watch to appeal both to those who like the simple reliability of a quartz watch, and enthusiasts who prefer traditional mechanical watches and are willing to spend a little more.

The team at Goodspeed developed the Sonoma, named for the famous California race track, as an affordable modern watch with a slew of vintage styling cues from classic racing watches like the Heuer Autavia.

The Sonoma has a 316L stainless steel case and back, with a sapphire crystal on the mechanical version and a mineral crystal on the quartz version. The band width is 20 mm, the case diameter is 42 mm (without the crown), and both versions of the watch are water resistant to 10 ATM, that’s 100 meters or 330 feet. 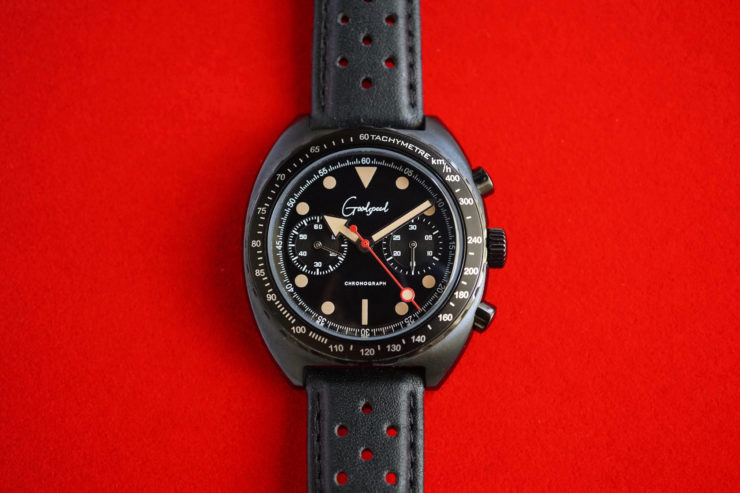 When ordering you can choose from four color ways – stainless + black, stainless + Pepsi, black + black, and black + Pepsi. You can also opt for the add-on stainless steel bracelet designed to resemble the vintage Gay Freres “Beads of Rice” style bracelets found on a number of vintage 1970s-era Heuers.

The mechanical version of the Goodspeed Sonoma is powered by the Seagull ST1901, which is based on the Venus 175. It’s a 23 jewel, column wheel, chronograph movement, operating at 3 Hz (21,600 vph). The quartz version is powered by the tough and reliable Japanese Miyota 6S21 movement.

Prices for the quartz version of the Sonoma starts at $150 USD, and the pricing climbs to a starting point of $275 USD for the mechanical version. The watch is being funded on Kickstarter, it’s already far surpassed its funding goal so it will be going into production – which means you can pick one up now for less than the eventual MSRP. 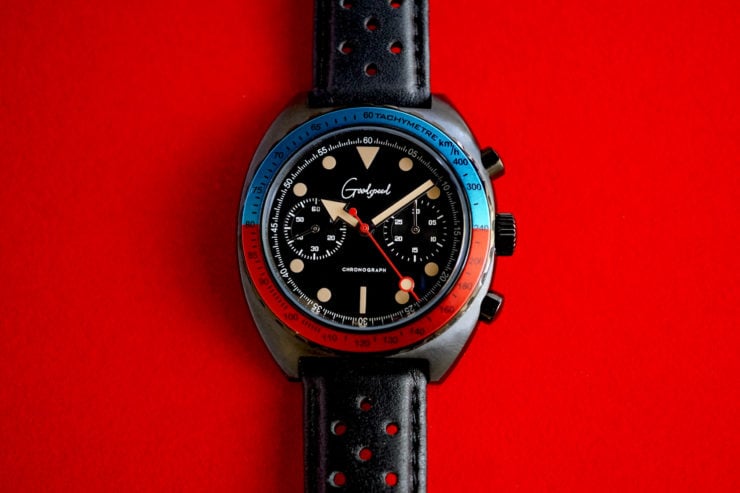 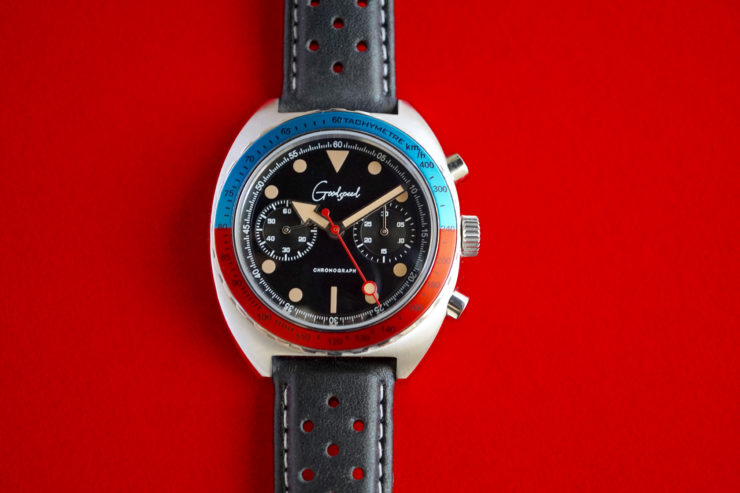 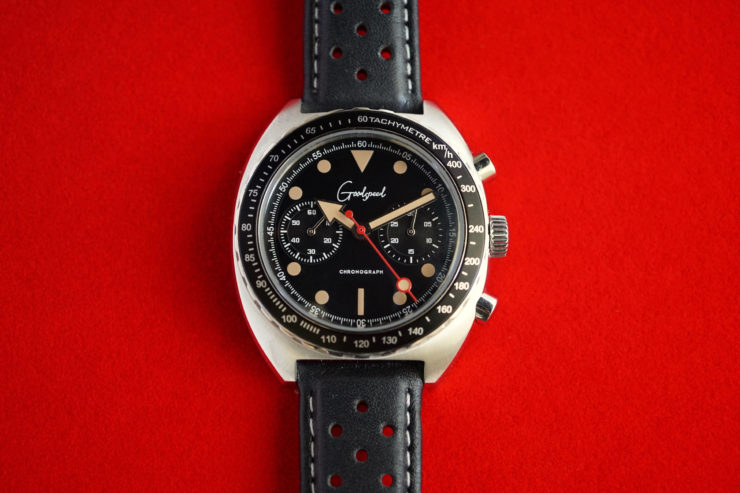 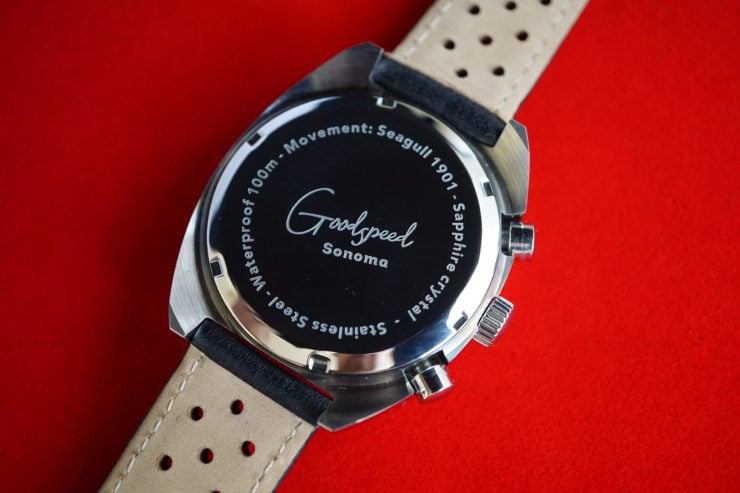 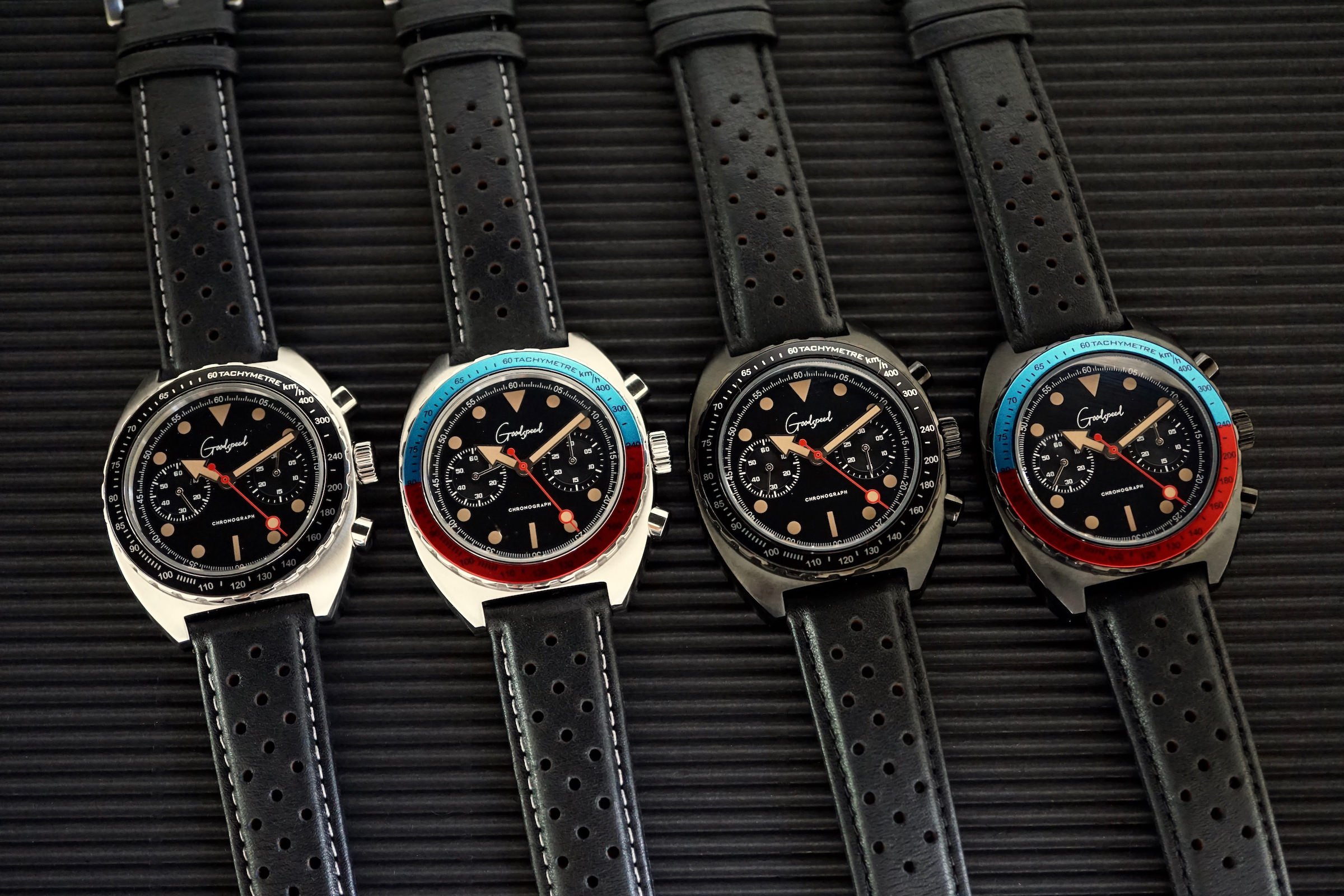