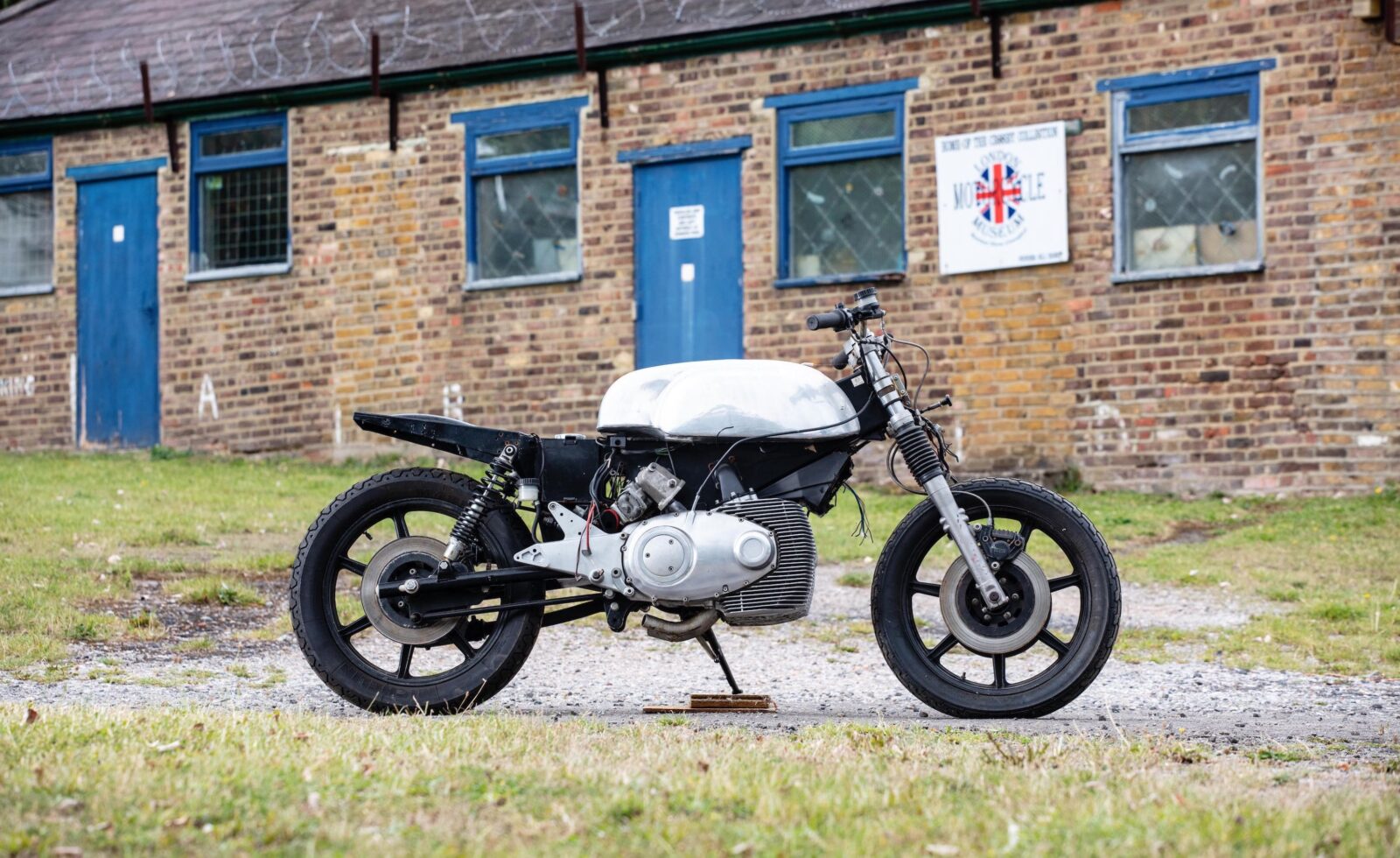 This 1985 Norton Rotary racer is a fascinating project bike, fitted with one of the most unusual engines ever fitted to a motorcycle. Wankel rotary engines have a troubled history in the world of motorcycles – a number of manufacturers tried developing them, including Hercules, Suzuki, Norton, and Yamaha, but they were never much of a sales success.

The reason these victories were against the odds is because the original Norton rotary engines were largely developed by one man, David Garside, at the old BSA Umberslade Hall research facility. He used some parts including rotors from the Hercules, though the casing and the majority of the two rotor engine was bespoke. 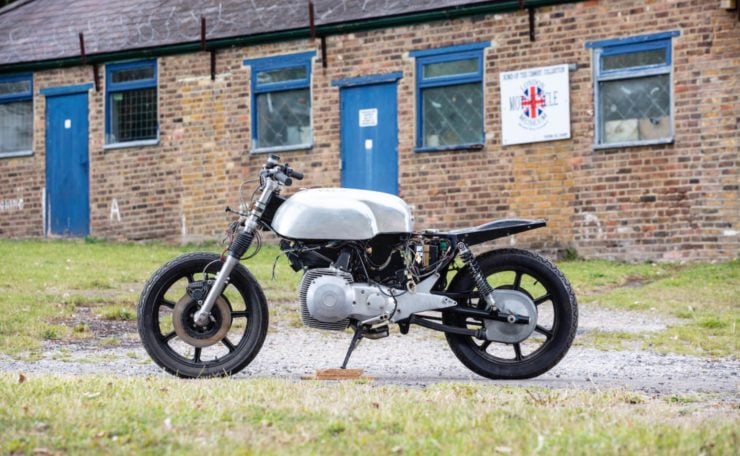 Approximately 100 examples of the original air-cooled motorcycle were sold before attention shifted to a more advanced liquid-cooled version capable of higher RPM, resulting in more power.

It would be this later liquid-cooled version of the Norton rotary that would achieve race and championship victories, however the earlier (and rarer) air-cooled engined bikes are highly sought after by collectors.

In factory trim the air-cooled Norton rotary in the Norton Classic was capable of 79 hp at 9,000 rpm which wasn’t bad for a 588cc engine, but the bike tipped the scales at a little over 510 lbs which did limit performance somewhat. That said, the top speed was 130 mph and the bike reportedly did handle well in part thanks to its low centre of gravity.

Due to the inherent issues of the rotary engine it’s unlikely we’ll see them in production vehicles in the future, mostly because they typically need a small amount of oil in the fuel/air mixture to lubricate the apex seals inside the engine. This results in the oil being burnt of course, which is the primary reason we don’t see many new road legal two-strokes on the road today. 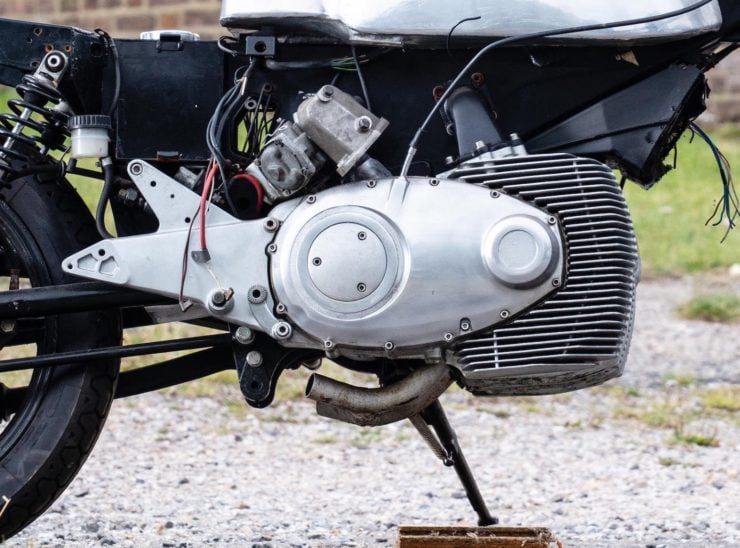 The Norton Classic-based racing motorcycle you see here has a mysterious past, it’s now fitted with an alloy Manx-style fuel tank and it appears to be fitted with the original front end. The bike clearly needs a lot of work to get back into road or track going condition, however it has the potential to be an entirely unique project – just 100 were built originally and most of them are in pristine condition in climate controlled storage.

The good news is that Norton has a huge online community of dedicated enthusiasts, which tends to make Norton-based project motorcycles a little easier to work on than some other marques. A Norton rotary will always present some unique challenges however due to the model’s low production numbers.

This bike will be rolling across the auction block with Bonhams on the 19th of October with an estimate price of between £1,000 and £2,000 – a relatively affordable sum given the rarity. If you’d like to read ore or register to bid you can click here to visit the listing. 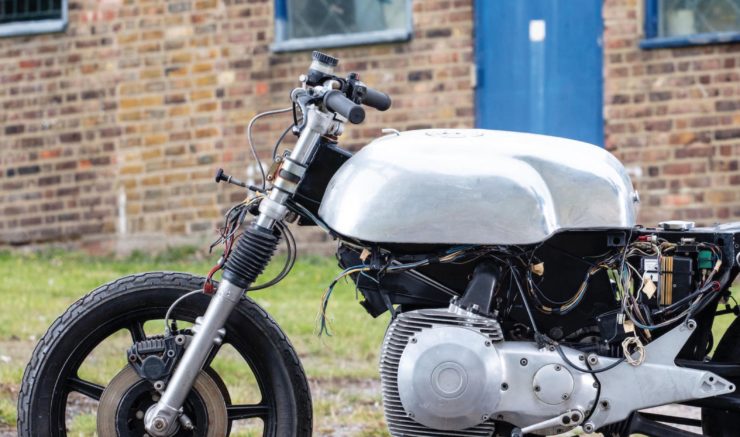 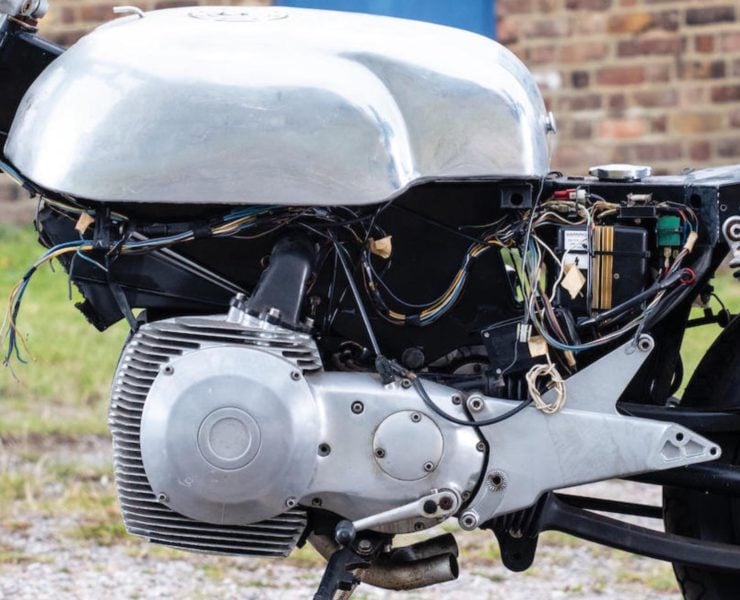 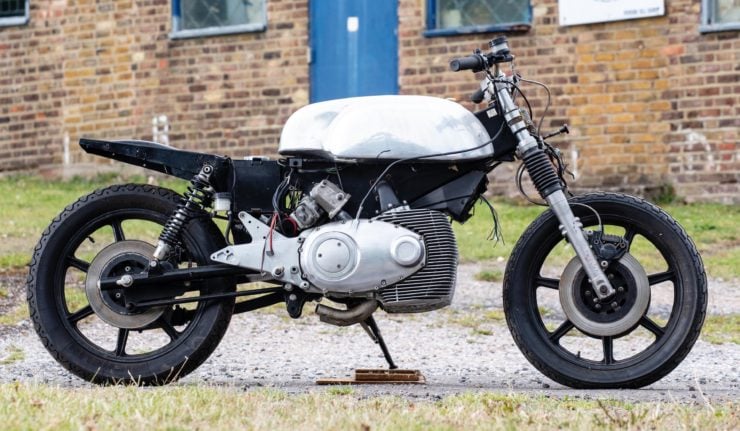 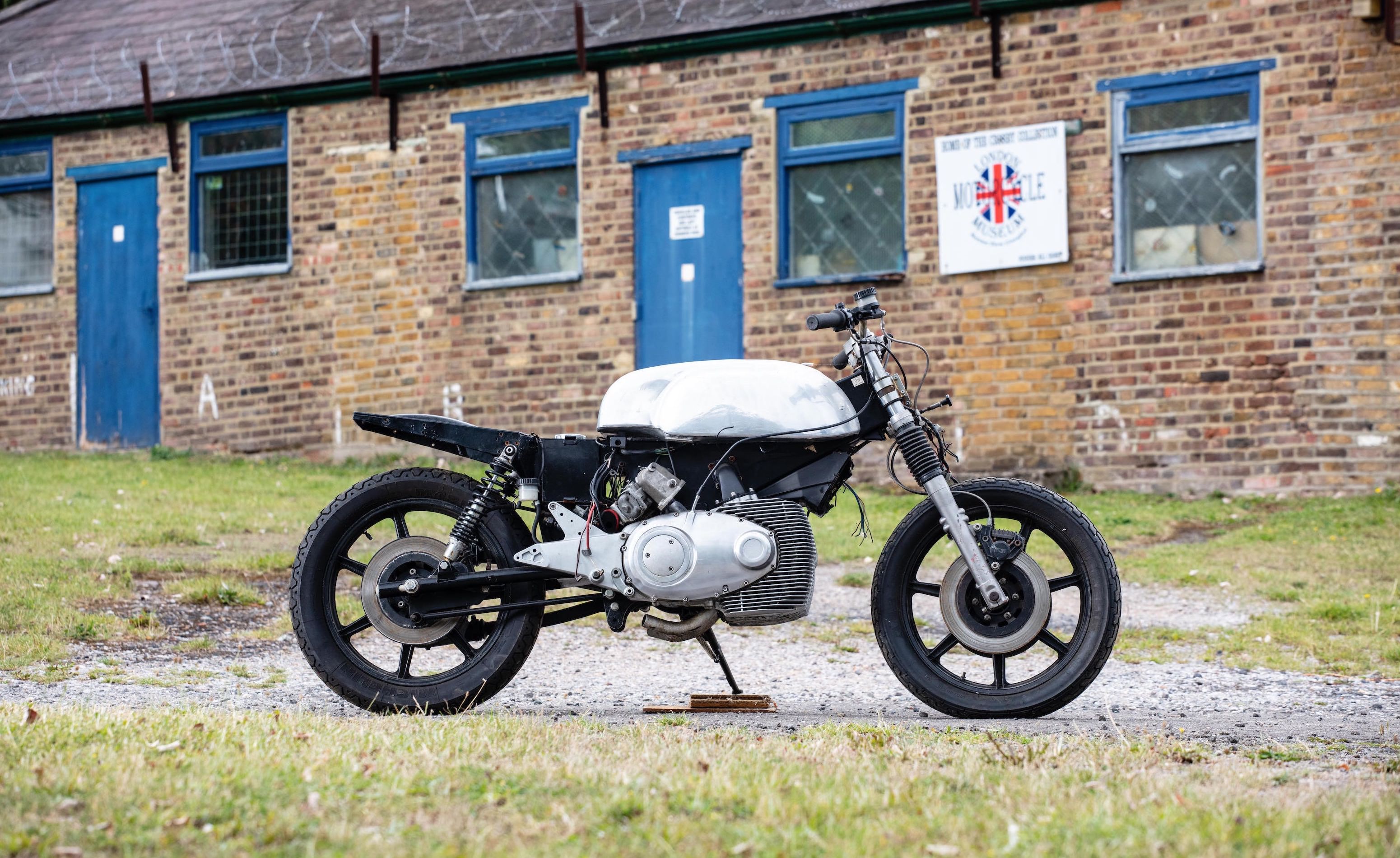