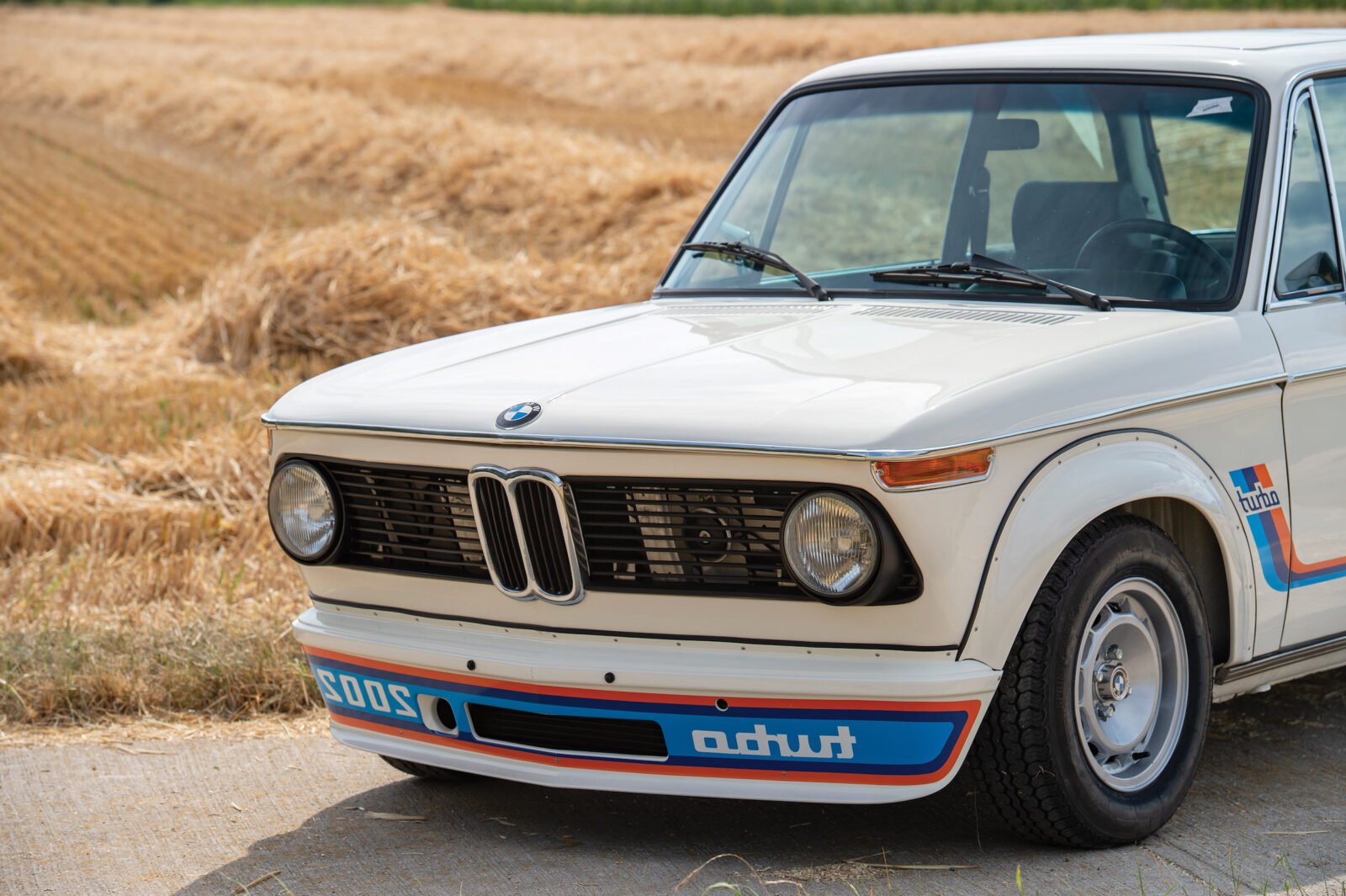 Now before I get a slew of emails from people telling me the engine is actually 1998cc I should tell you that the engine size was actually 1998cc. I think BMW realised that the model name “1992” sounds far less cool than “2002”, particularly when the car was first released in 1968 and the year 2000 seemed like a future age of jetpacks, flying cars, and self-lacing shoes.

The story behind the creation of the BMW 2002 is fantastic, it’s an essential piece of trivial knowledge for any self-respecting petrolhead. 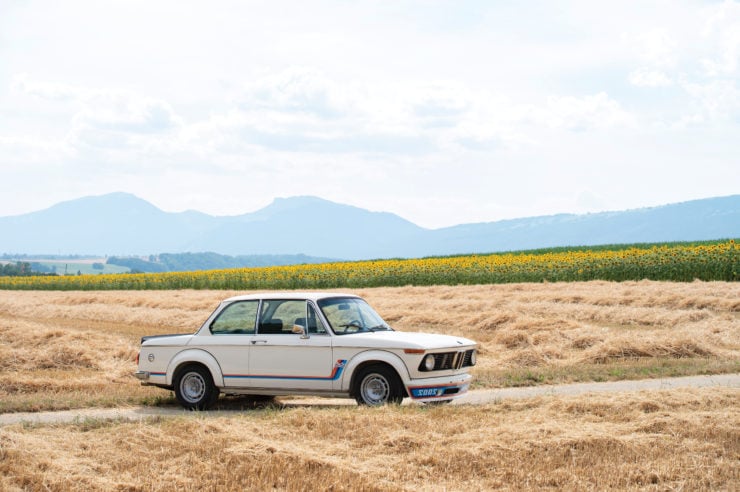 The short and less entertaining version is that two senior executives at BMW both had the new M10 2 litre engine fitted to their BMW 1602s, creating a sports car that could pass as a regular executive car. This would be a formula that BMW would go on to perfect with vehicles like the BMW M3 and the M5, but it was a relatively unique concept.

This combination of a spritely 2 litre SOHC engine in a two-door car with a trunk, seating for 4, excellent fuel economy, a practical upright seating position, and styling that wouldn’t attract the attention of the highway patrol.

BMW offered a series of upgrades to the 2002 over its life including Ti and Tii versions with increased horsepower and fuel injection. It would be the 2002 Turbo introduced in 1973 that would really set the motoring world alight, and not always in a good way.

The BMW 2002 Turbo was released at the 1973 Frankfurt Motor Show to a very mixed reaction from the local German motoring media. Unlike the reserved appearance of the original 2002, this new Turbo version featured flared wheel arches, front and rear spoilers, and an eye-catching graphics package. This was a 2002 the highway patrol would certainly notice. 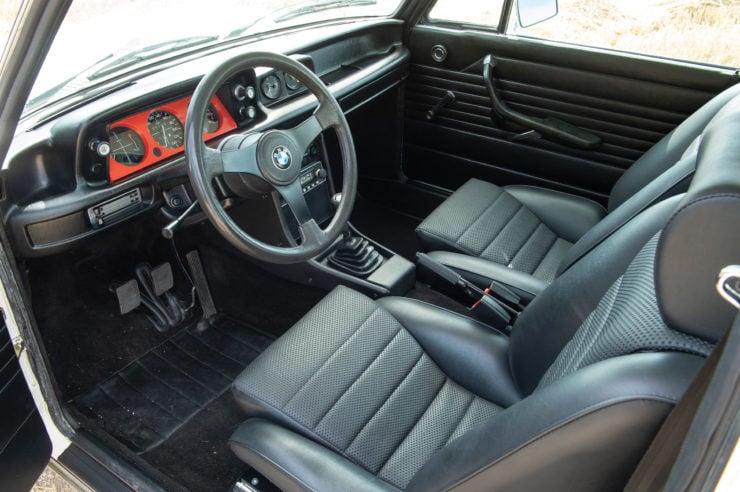 The new forced-induction engine started out as a Tii M10, it was fitted with a KKK turbocharger, Kugelfischer mechanical fuel injection, and a compression ratio of 6.9:1. In factory-fresh trim the engine was capable of 170 hp at 5,800 rpm and 177 ft lbs of torque – more than enough to propel the ~2,300 lb car to dizzying speeds by the standards of the early 1970s.

The 1973 Oil Crisis hit the same year the 2002 Turbo was introduced, this led to a global loss of interest in performance cars and an uptick in interest for fuel efficient vehicles. Although the 2002 Turbo wasn’t a gas guzzler, certainly not by American standards anyway, it was impacted and sales figures were low. By the time the model left production in 1974 just 1,672 had been built. 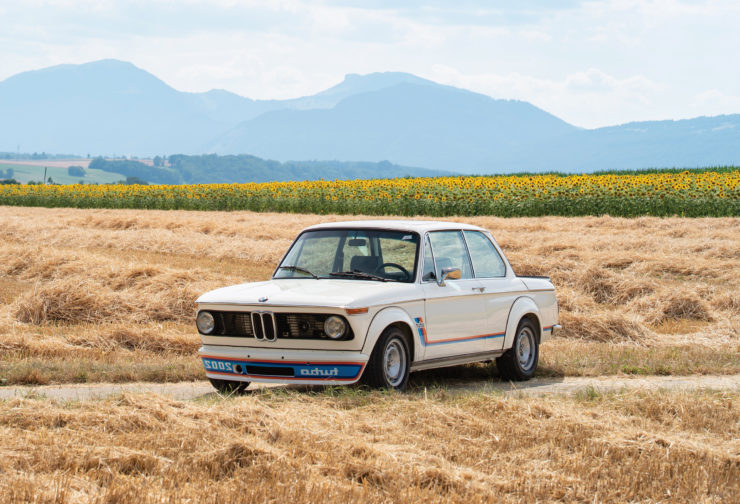 The 1974 BMW 2002 Turbo you see here is a matching-numbers example that recently went through an exhaustive comprehensive nut-and-bolt restoration by marque specialists Oldenzaal Classics. The restoration involved a complete tear down and rebuild, essentially returning the car to as-new condition.

Since its rebuild the car has covered just 132 kms (82 miles) and its presented with all the correct BMW Motorsport livery, including the reversed “Turbo 2002” script on the front spoiler so people can read it in the rear vision mirrors and get out of the way.

If you’d like to read more about this car or register to bid you can click here to visit the listing on RM Sotheby’s. It’s listed with an estimate of between £110,000 and £120,000 and it’ll be rolling across the auction block in London on the 24th of October. 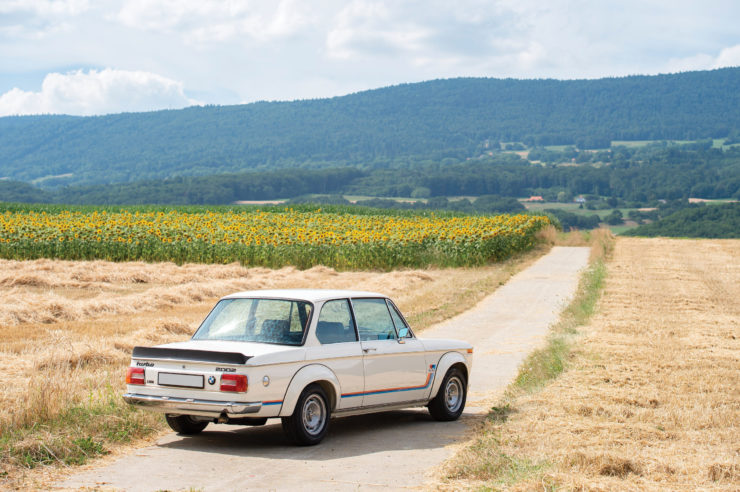 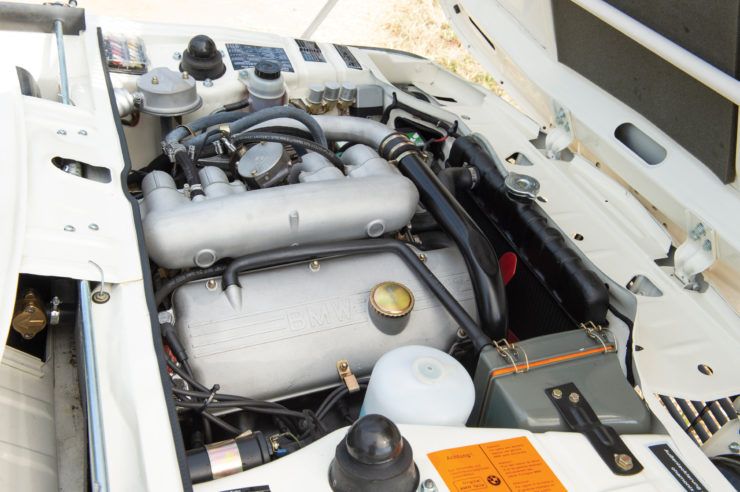 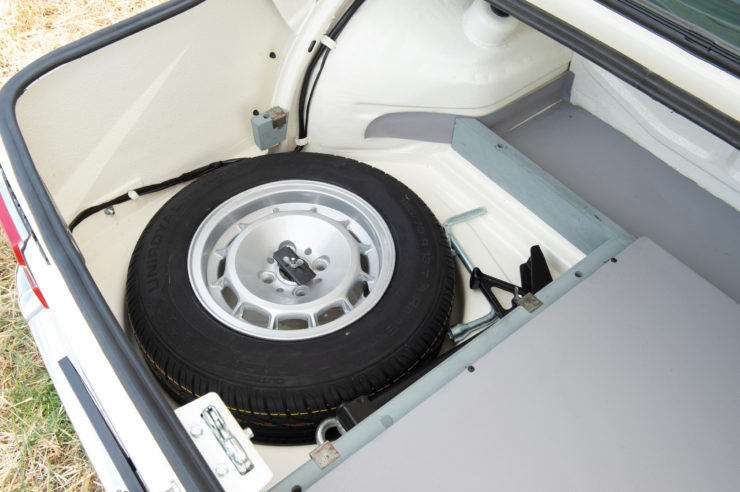 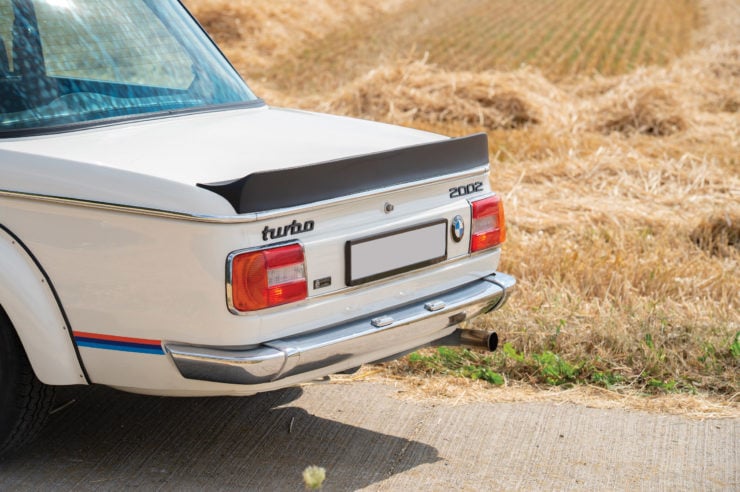 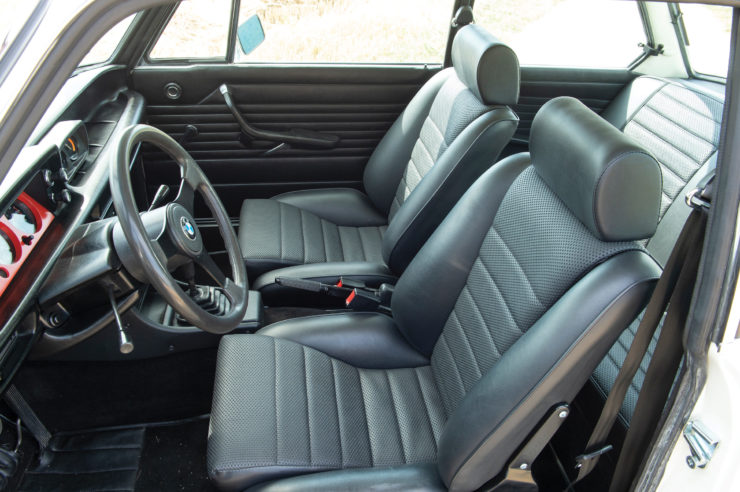 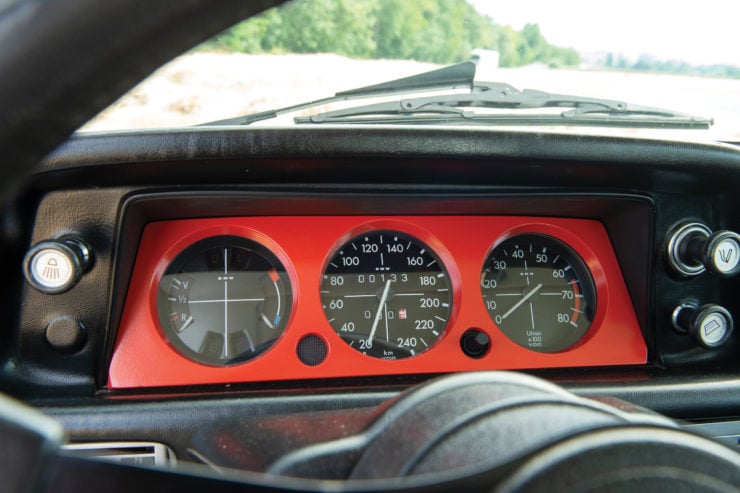 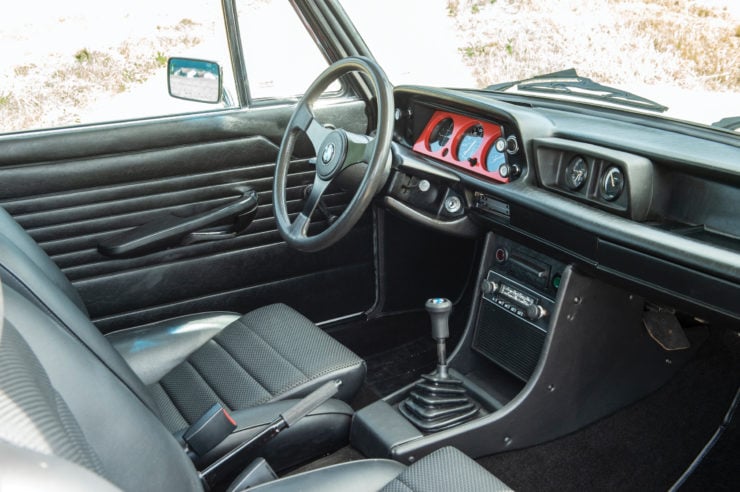 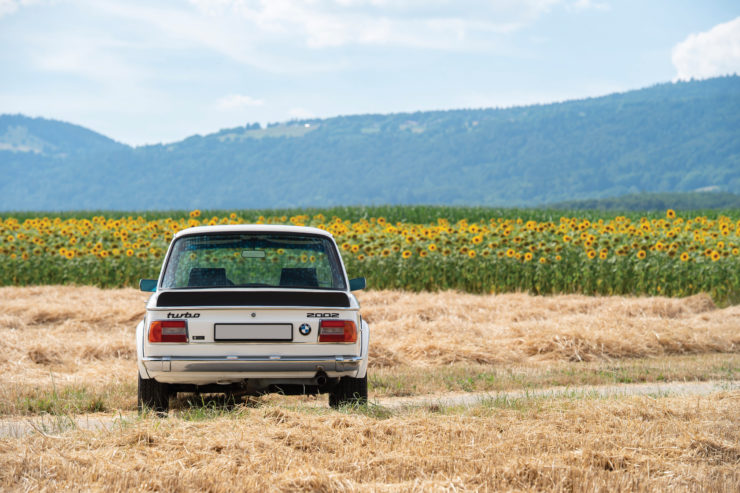 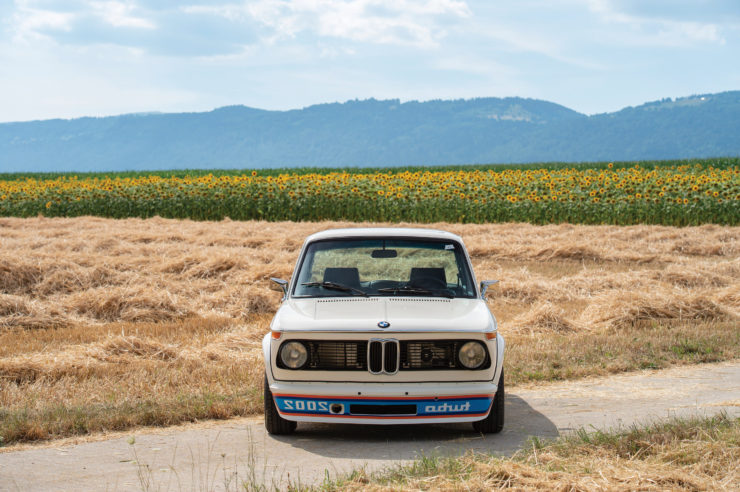 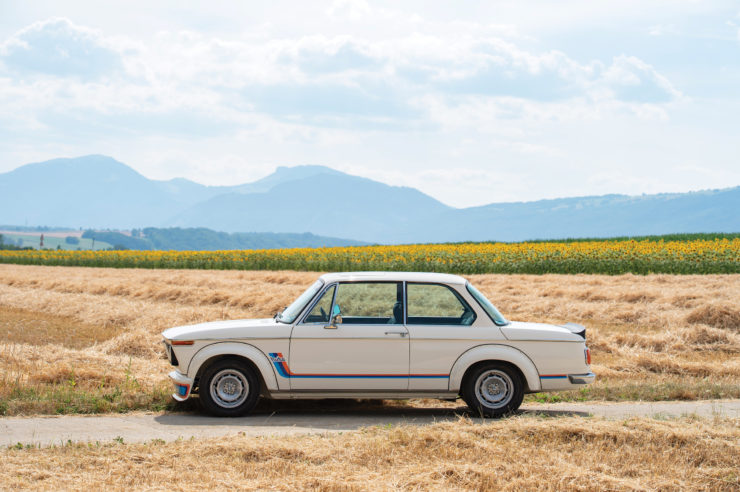 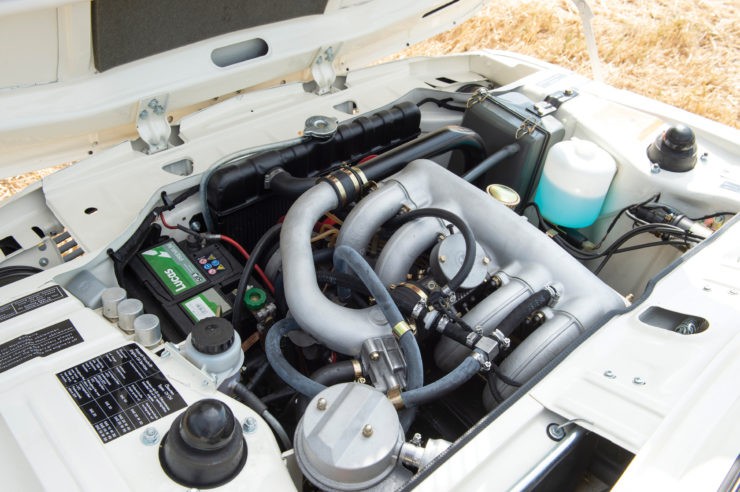 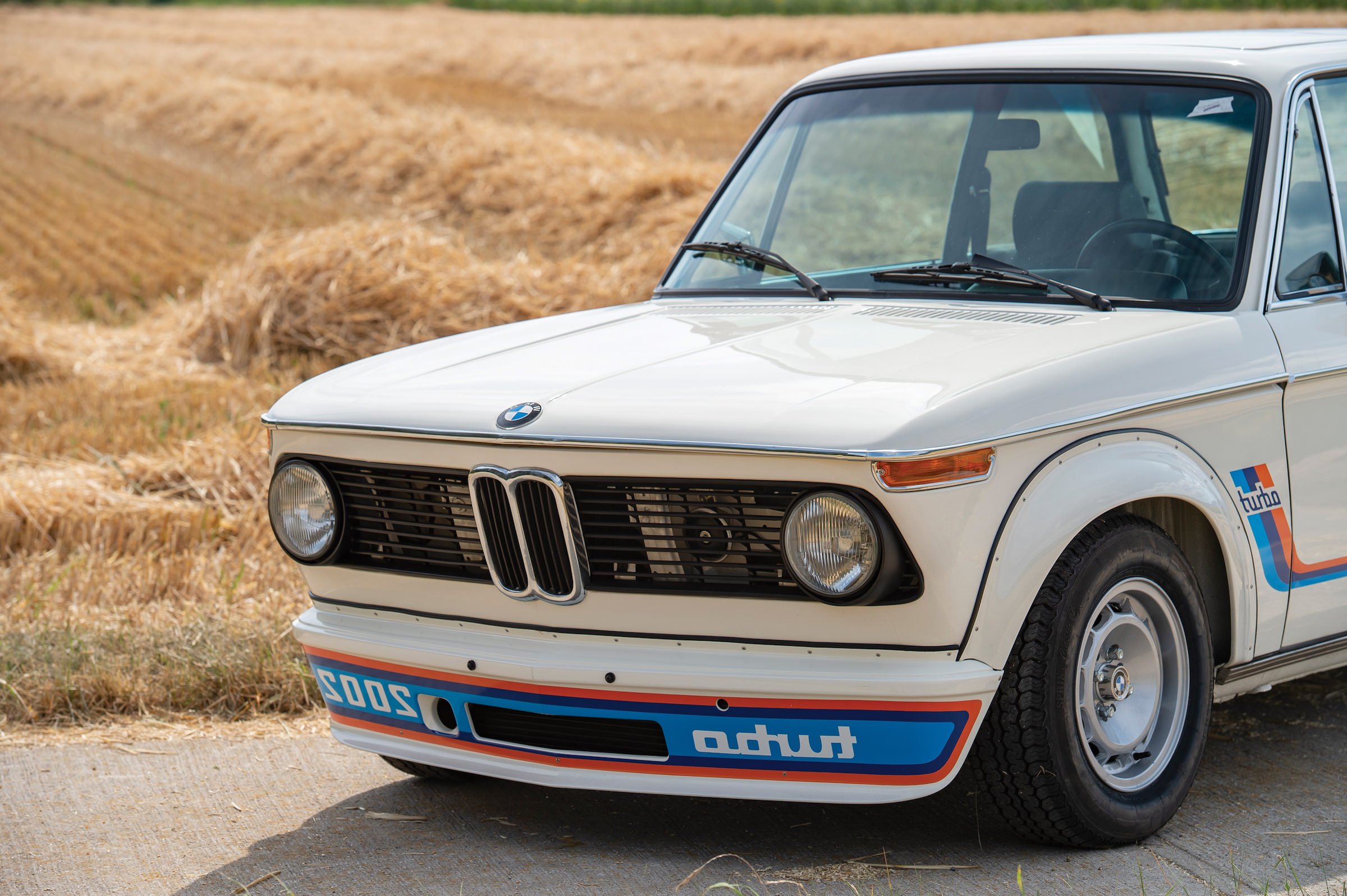