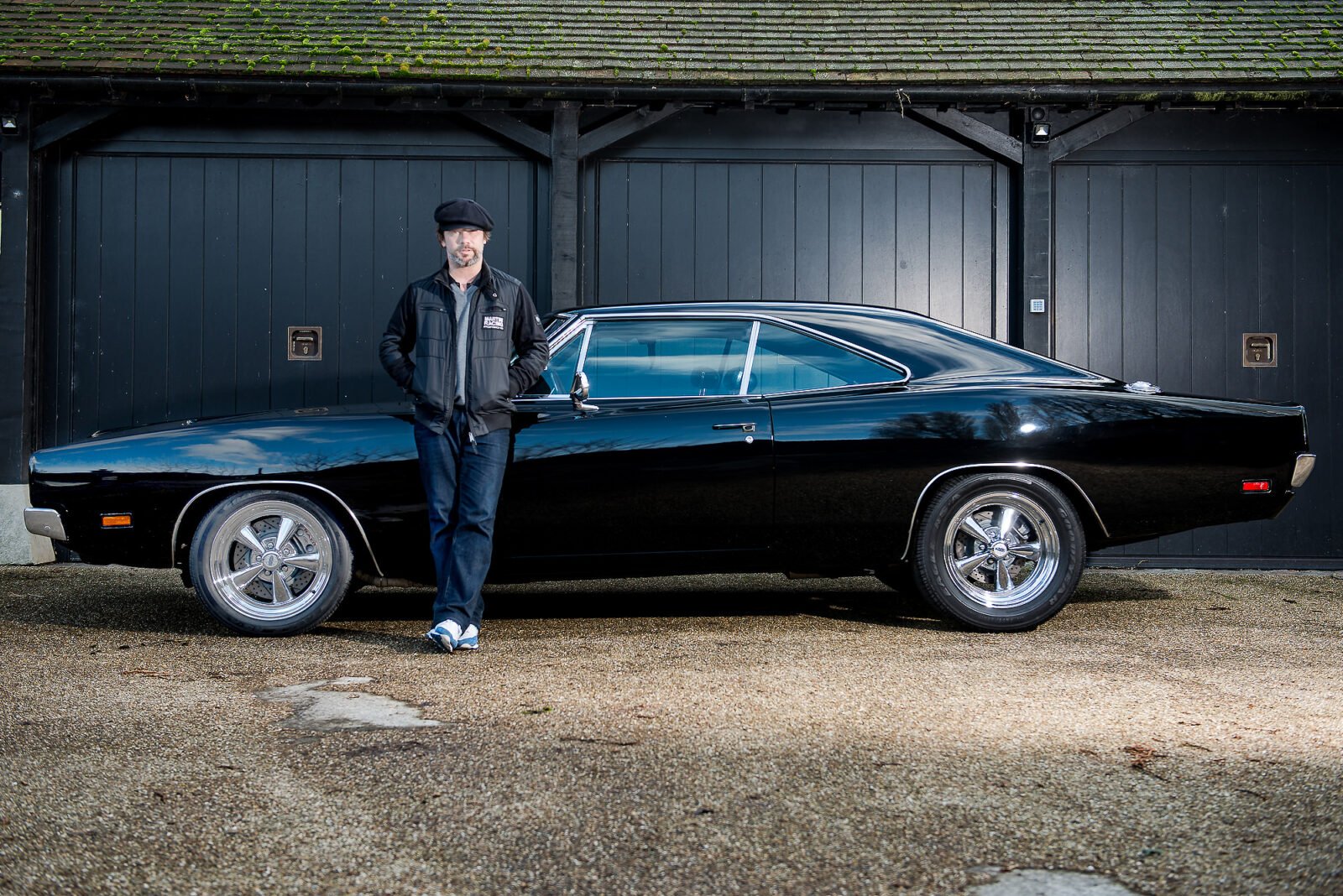 The Dodge Charger is often remembered for being the “other” car from the iconic chase scene in the Oscar winning 1968 Steve McQueen film Bullitt.

The undulating streets of San Francisco form a captivating backdrop for the police thriller, and they feature heavily in what is now widely regarded as the greatest chase scene in cinema history. As many muscle car buffs have noted in the years since the film was released, the Charger was actually the faster of the two cars by quite some margin – with 375 hp in stock trim versus the 325 hp produced by the dark green Bullitt Mustang.

There are few (if any) cars from the era better suited to being the “bad guy’s car” than the Dodge Charger – particularly when in all-black. The sound from the big block 440 cubic inch V8 is unmistakable, and the hidden headlights only add to the model’s mystique.

A 500 Cubic Inch Gift From Demi Moore To Bruce Willis

The early life of the Charger you see here is a bit of a mystery, right up until the point it was rebuilt to better-than-Bullitt specification and given as a gift to Bruce Willis by his then-wife Demi Moore. The original 440 cubic inch V8 had been upgraded from its original capacity to 500 cubic inches – that’s 8.2 liters. 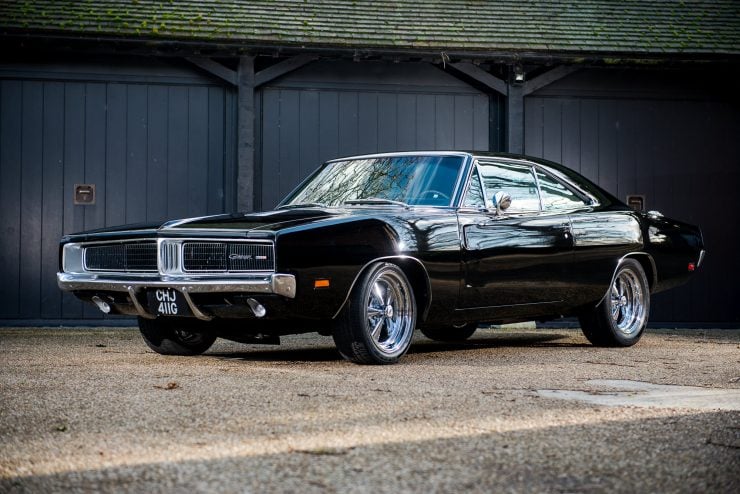 The newly uprated big block V8 was accompanied by upgrades throughout to bring the car up to a similar specification (though obviously not identical) to the 1968 vinyl-top Dodge Charger used in the movie – including upgraded suspension and high-performance disc brakes on all four corners, which necessitated larger wheels to accommodate the rotors. These wheels were shod with more modern rubber in the shape of Goodyear Eagle RS-A tires – though they don’t have a hope of maintaining traction when the driver dumps the accelerator.

Bruce kept the car for years before eventually selling it on, and its next owner would be no less famous – Jamiroquai front-man Jay Kay, a guy almost as famous for his love of cars as for his love of music.

The Dodge Charger, Jay Kay, And The Upgrades

8 years ago when Jay Kay took ownership he had the car imported in the UK, and had it passed over the pits for an MOT. The vehicle now has full UK road registration and it’s accompanied by bills for £25,000, for a series of extensive upgrades and improvements.

Jay Kay had his newly acquired Dodge Charger repainted in gleaming jet black, the interior was comprehensively re-trimmed (also in black) and the car is now in significantly better overall condition that it was fresh from the factory.

The 500 cubic inch V8 is fitted to a 3-speed automatic Chrysler transmission topped with a B&M Quicksilver shifter – and it’s more than capable of wiping the floor with almost any Mustang you throw at it (even if Steve McQueen is driving).

Jay Kay has decided to part with his beloved Dodge Charger to make space, his recent expenditure on upgrades makes it an easy buy for anyone in the market for a tire melting muscle car – and the double barreled A-list former owners will only add to the appeal.

If you’d like to read more about this car or register to bid on it you can click here to visit Silverstone Auctions. It has an estimated hammer-price of £50,000 to £60,000, which seems like an absolute steal. 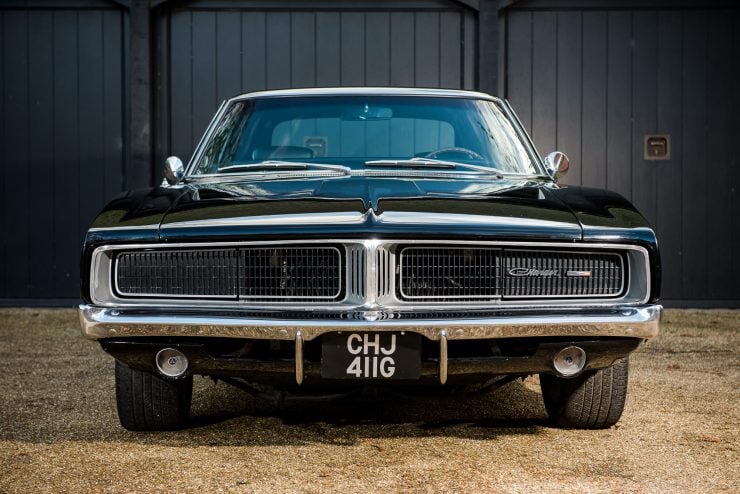 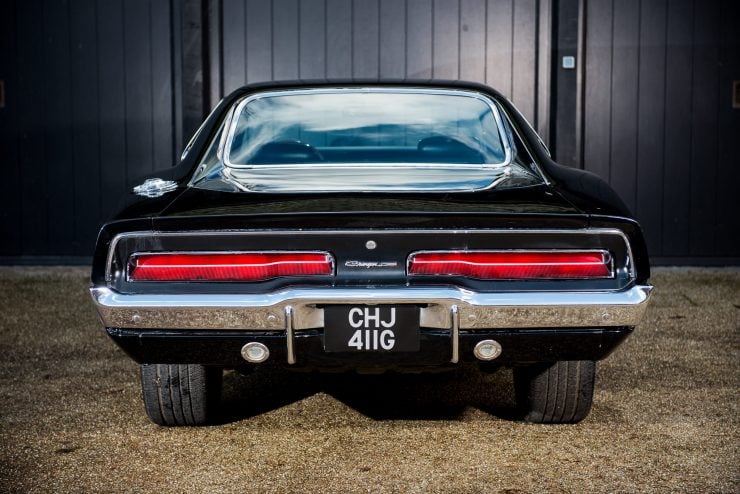 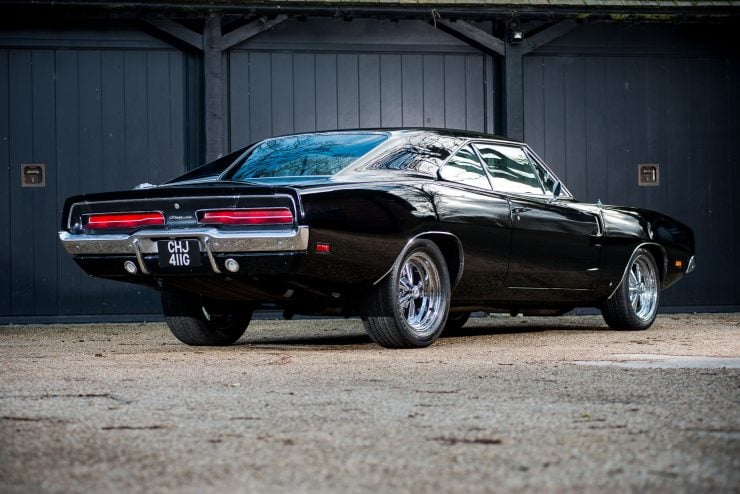 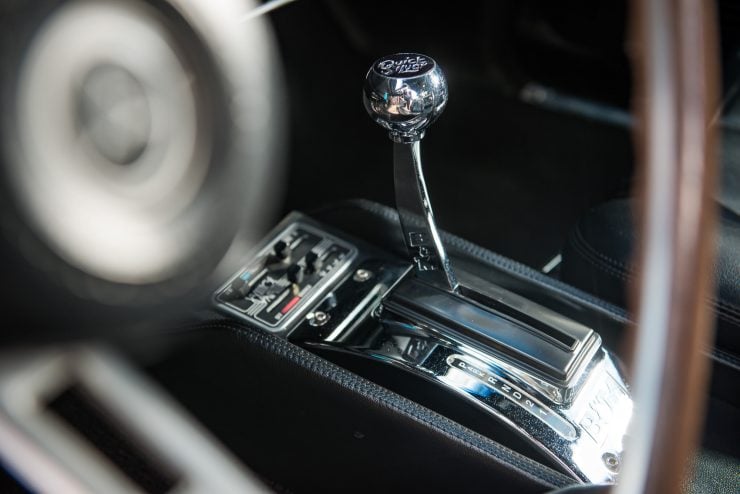 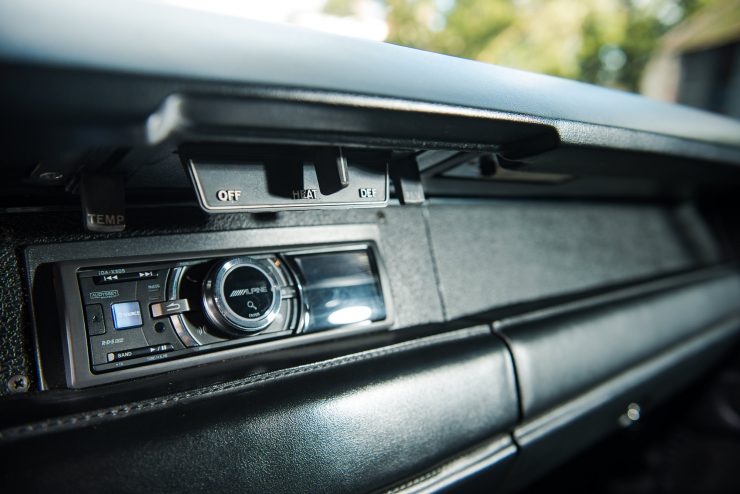 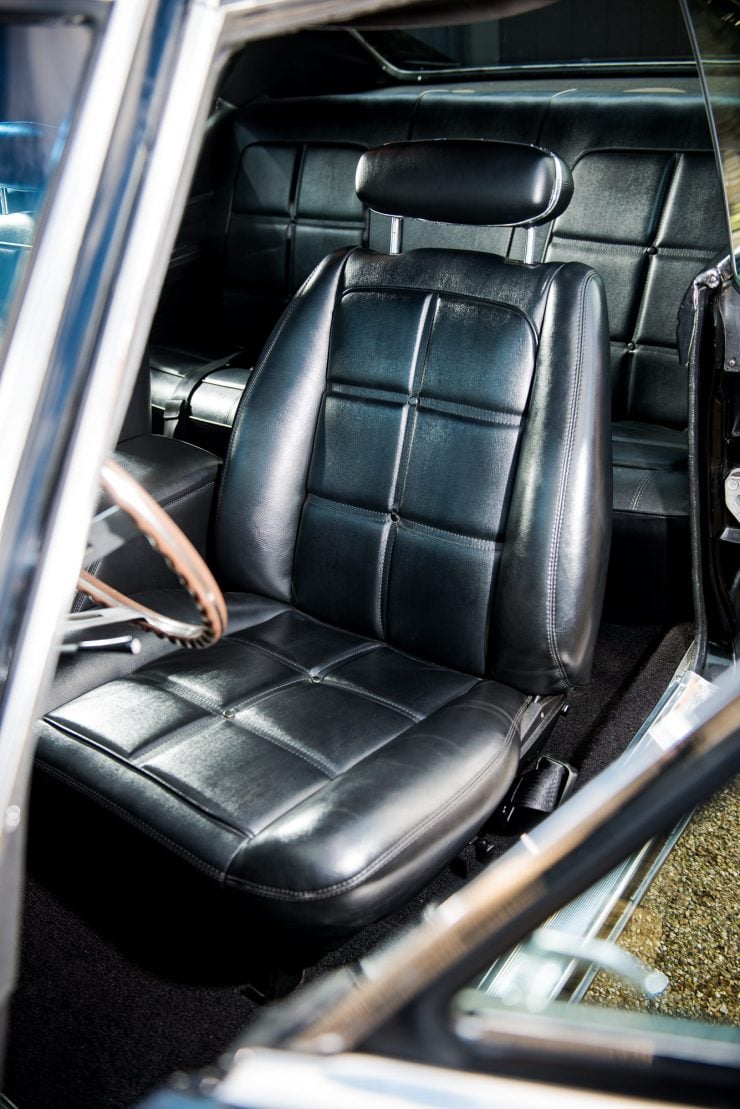 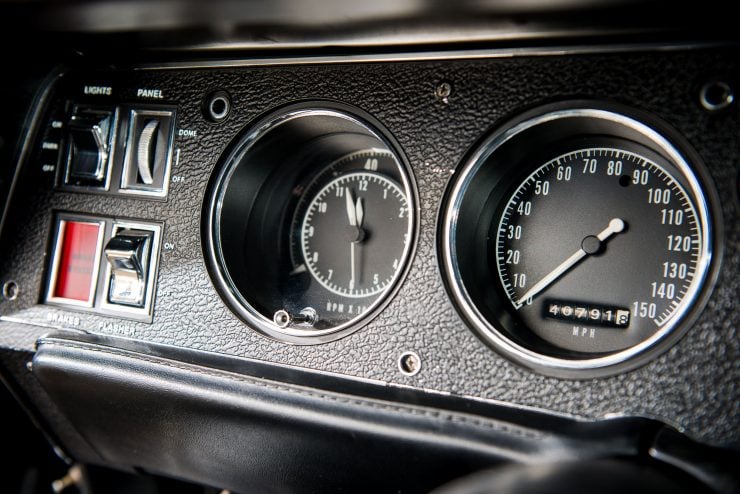 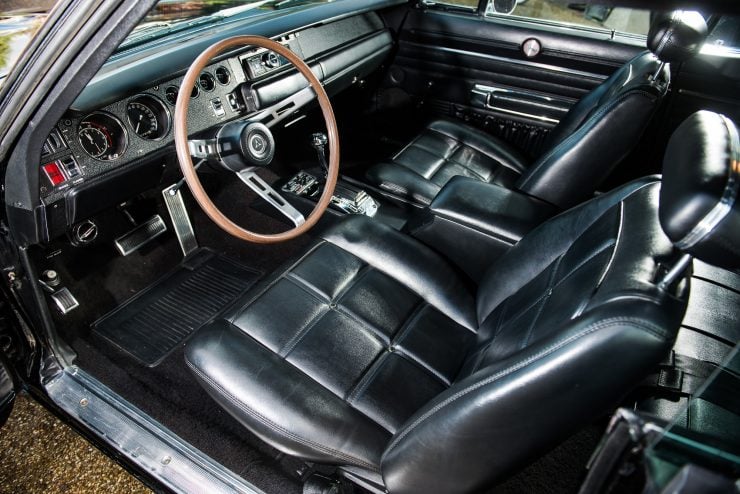 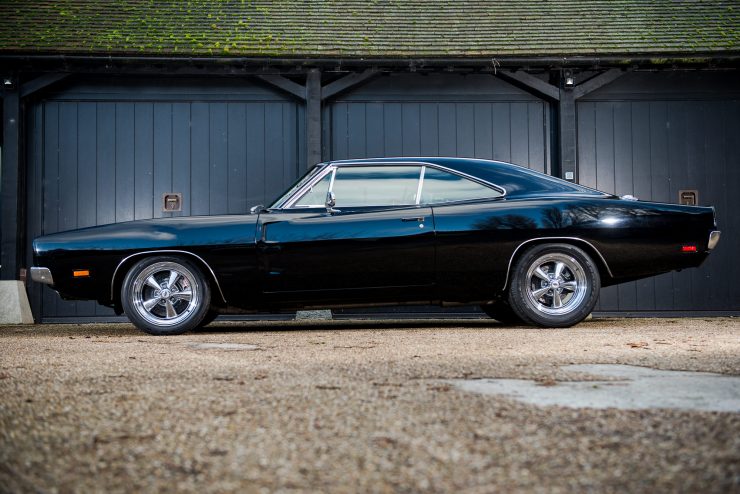 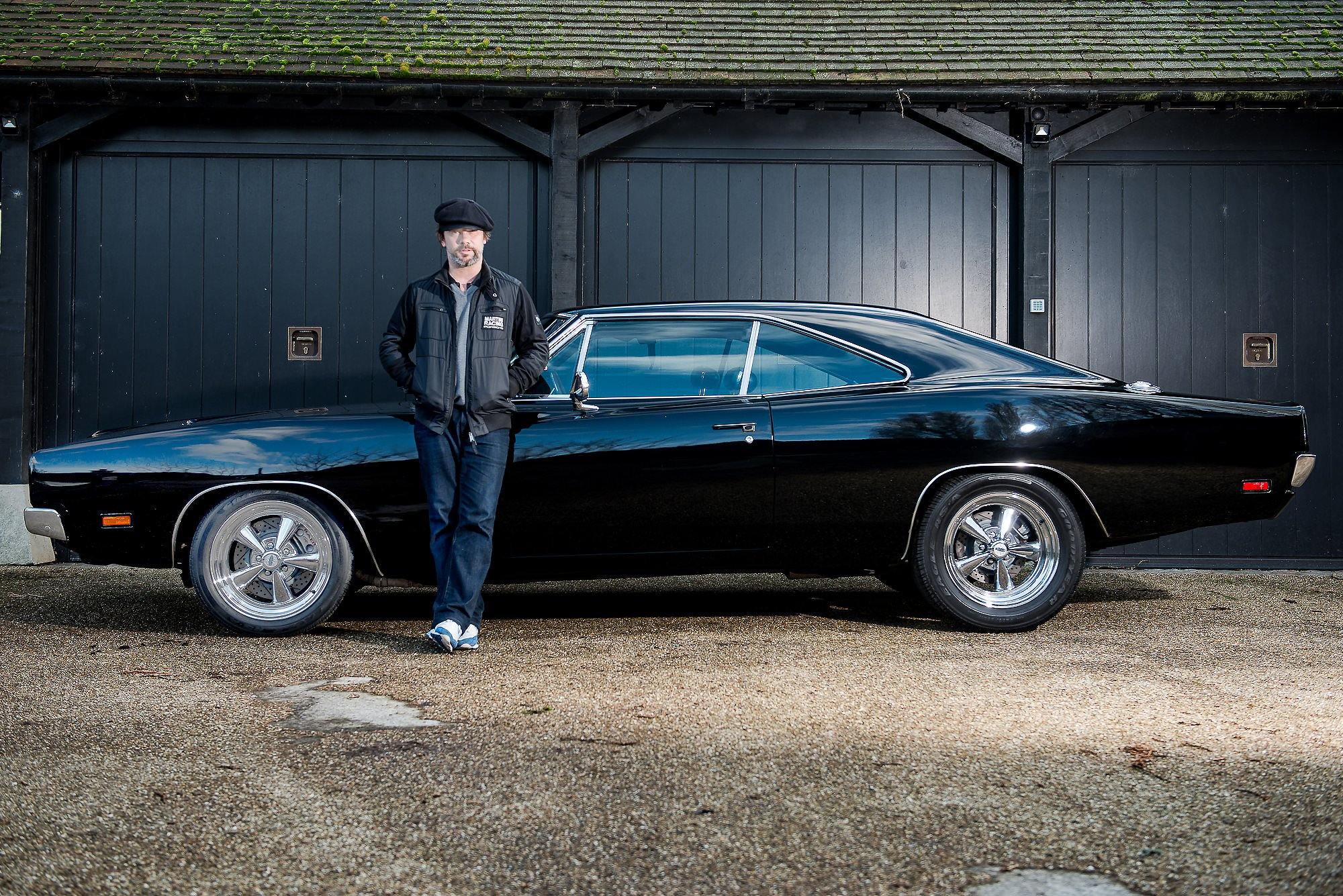