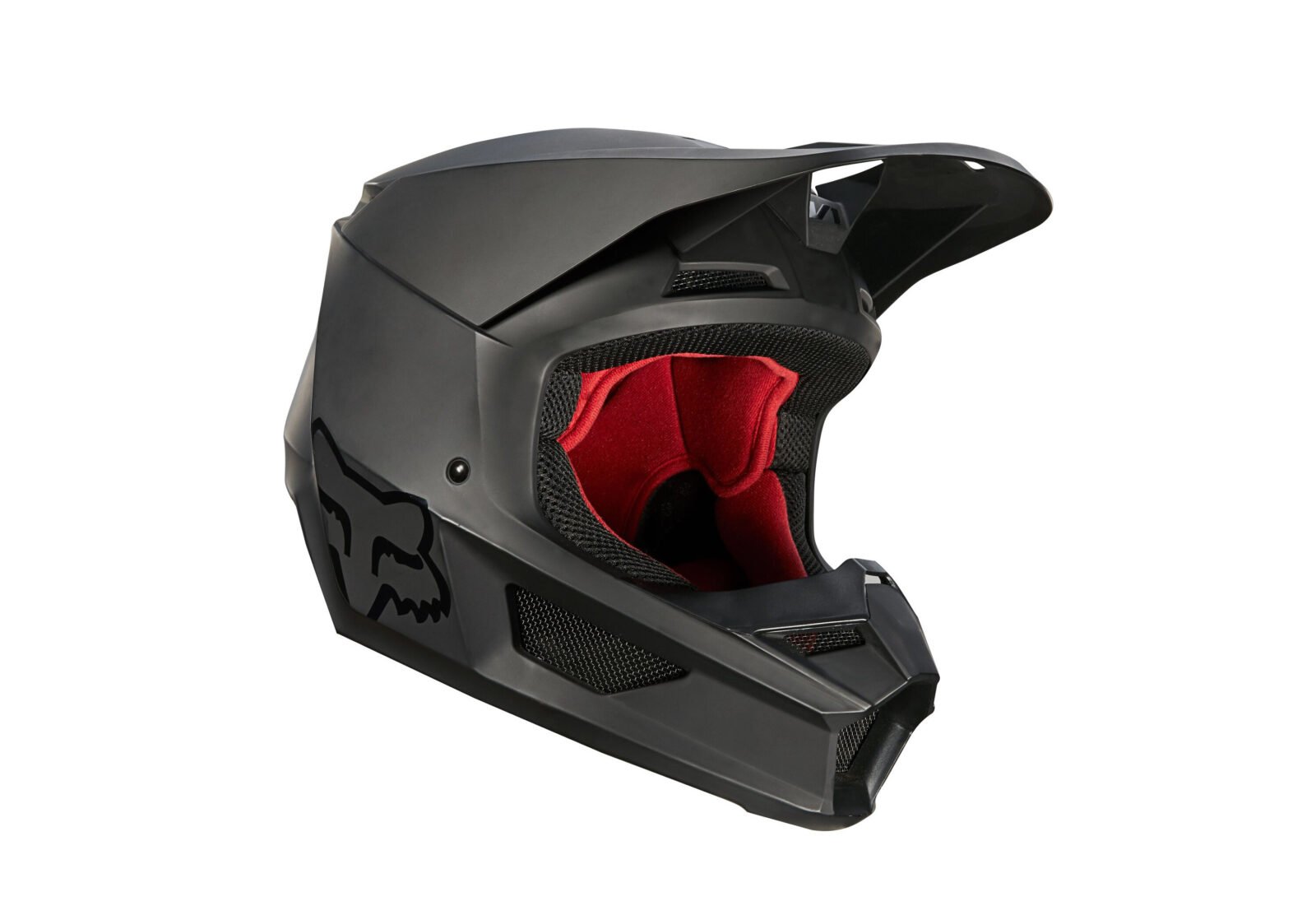 This is the new Fox Racing V1 matte helmet, it’s a lightweight helmet designed for both road use and racing, with a precise fit thanks to the six unique shell sizes. This many shell sizes means you’ll get a helmet with an external size perfect for your head measurements – essentially a tailored fit.

The six shell sizes are paired with uniquely-sized impact-absorbing EPS layers and the helmet incorporates a MIPS slip liner that mitigates rotational forces. MIPS is an acronym for “Multi-Directional Impact Protection System”, it’s an internal liner that allows the helmet to rotate slightly around your head which helps to absorb rotational energy – these rotational forces are an often ignored aspect of helmet safety but they result in a lot of brain injuries for both motorcyclists and cyclists every year.

The Fox Racing V1 helmet meets both the DOT (USA) and ECE (EU) helmet safety certifications, these standards are also accepted in many other countries.

That Magnetic Visor Release System is designed to allow the peak visor to come off in accidents, the frontal impact on the visor pops it off and avoids the situation where the riders next is hyper-extended backwards when the visor hits the ground.

Fox Racing offer the V1 helmet in sizes ranging from XS up to 3XL and the model you see here comes in any color you like as long as it’s matte black. 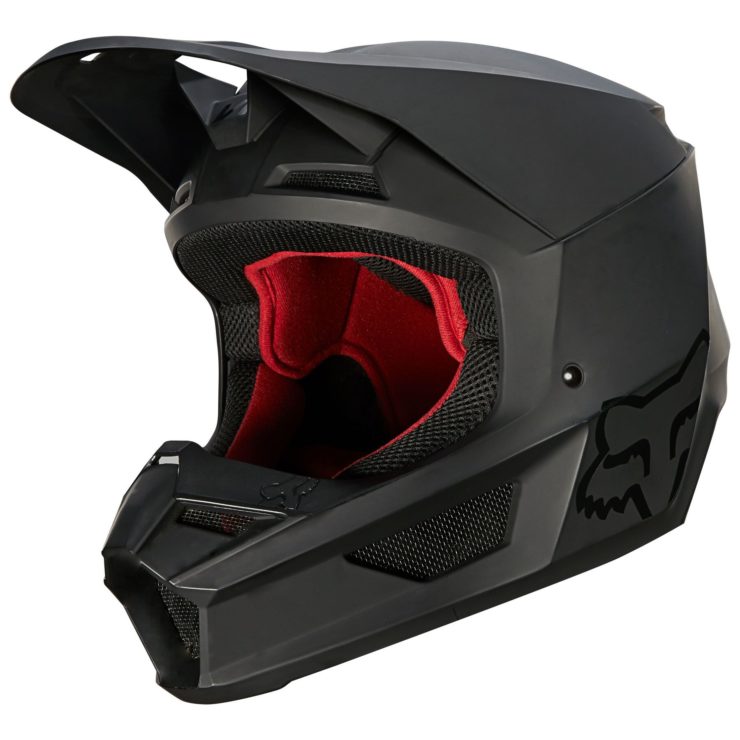