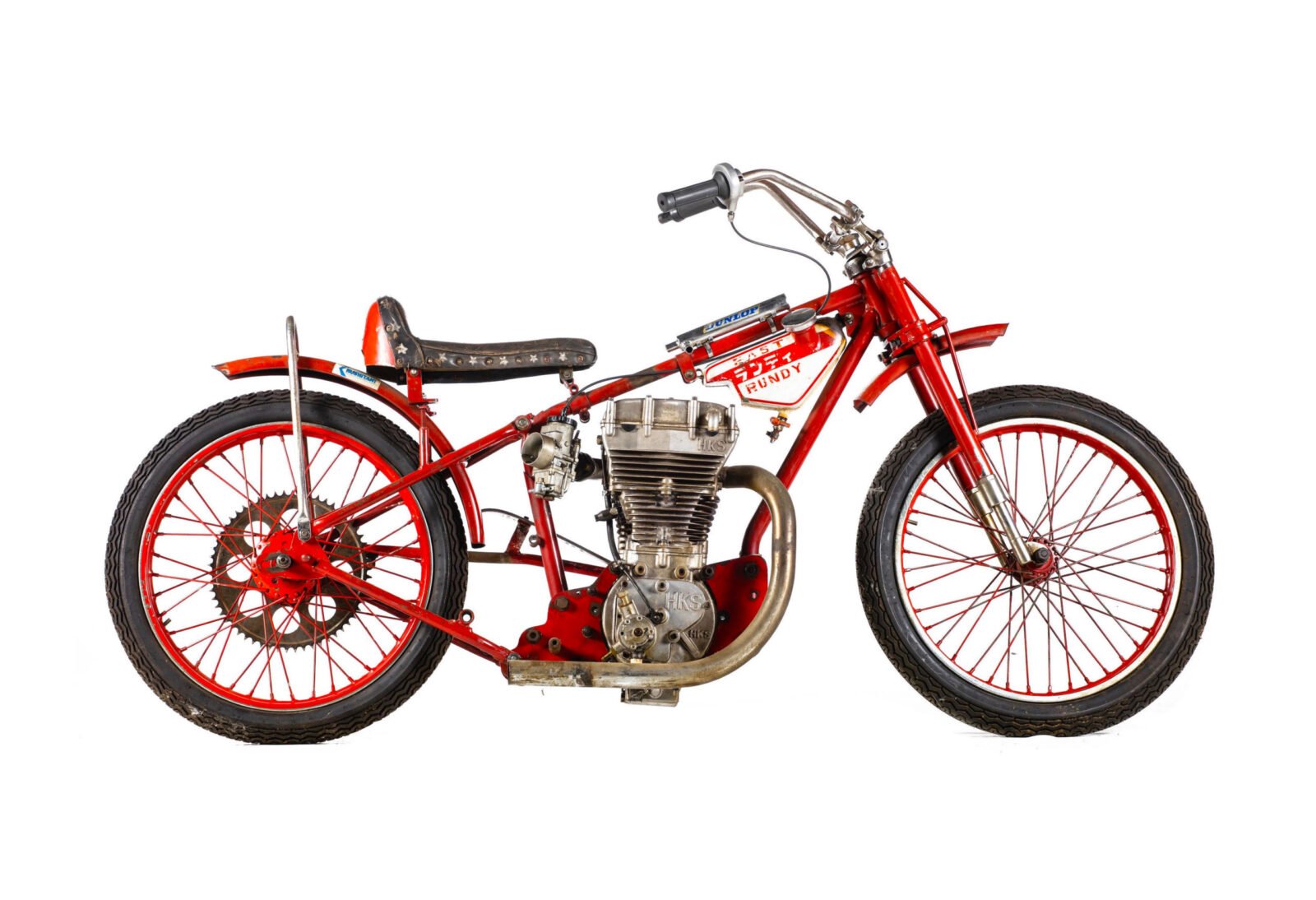 This is a rare HKS Speedway Special from 1976, it was designed and built for Japanese Auto Racing – a form of motorcycle racing somewhat similar to American flat track racing but held exclusively on wide tarmac ovals.

HKS is a globally renowned Japanese aftermarket tuning company based at the foot of Mount Fuji. The company started in the same location all the way back in 1973 in a disused dairy shed when former Yamaha engineer Hiroyuki Hasegawa and Goichi Kitagawa formed the company with funding by Sigma Automotive.

The company name was taken from the first letter of each founder’s surname with the letter “S” for Sigma.

Although HKS is now famous for its racing exploits and its broad range of aftermarket parts for Japanese sports cars they have also done signifiant work in the motorcycle racing world including superbikes and back in the early days of the company – Japanese Auto Racing. 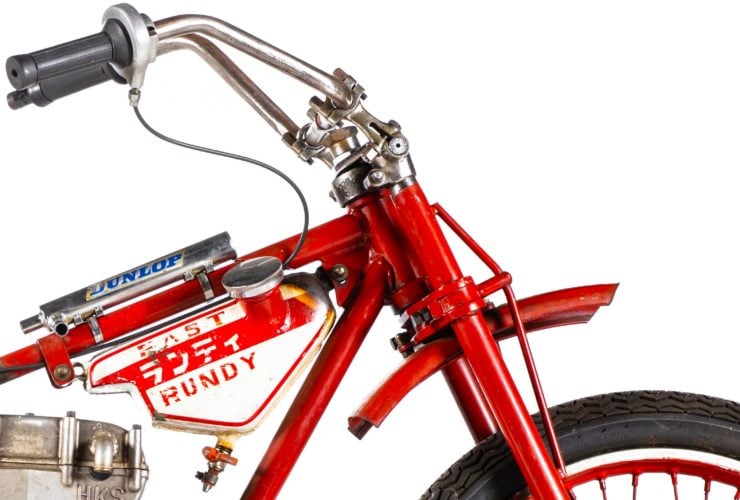 The HKS Speedway Special you see here is powered by an in-house developed HKS 600cc single cylinder engine, it’s an air-cooled long-stroke unit with double overhead cams, a single carburettor, and a single exhaust however further information is scarce – we don’t know how many valves it has, what compression ratio it has, what its power output is or much else about its development.

Japanese autoracing is a fascinating sport, it’s mostly seen as a gambling sport in Japan similar to horse racing. Rather than sliding around the corners like in flat track racing, auto racing riders lean their bikes in at impossible looking angles while leaning back and keeping their left foot out. The riders wear armour under their brightly coloured jerseys for protection, and each rider has a distinctive jersey so they’re easily identified by punters observing from trackside.

The only way to really understand Japanese auto racing is to see it, so I’ve added a video below of Guy Martin trying it and competing with Japan’s Auto Racing champion.

Interestingly the riders who compete in auto racing live in closed compounds and they’re not permitted any contact with the outside world for weeks, sometimes months, at a time. The average auto racing rider spends 6 months or so away from home each year – they’re isolated to ensure there is no race fixing. Sadly they never achieve the fame of top racers in other forms of motorsport.

The HKS Speedway Special you see here was built in 1976, we know the engine is an HKS unit thanks to the HKS stamps on the head and crankcase, but company that made the frame is lost to history. The frame is tubular steel and it has a single down tube and a hard tail rear. There is discreet front suspension and a very small fuel tank – enough for just a few laps in order to keep weight as low as possible.

We know that this bike was bought by Mr Morbidelli in the USA however much of the motorcycle’s history is lost to the sands of time. Bonhams estimate that it’ll sell for as little as £250 to £350 ($320 to $450 USD) when it’s auctioned on the 16th of August which makes it seem like the deal of a lifetime for anyone looking for a fascinating piece of motorcycle history. 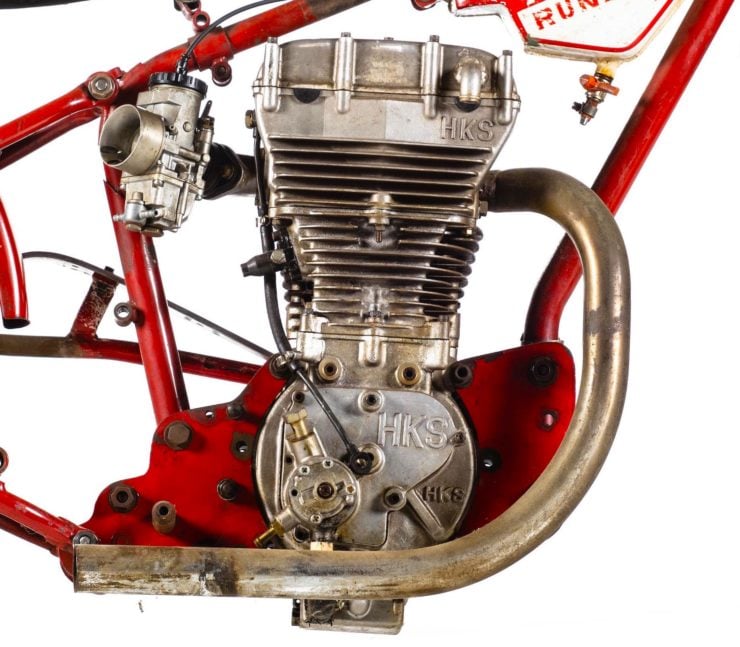 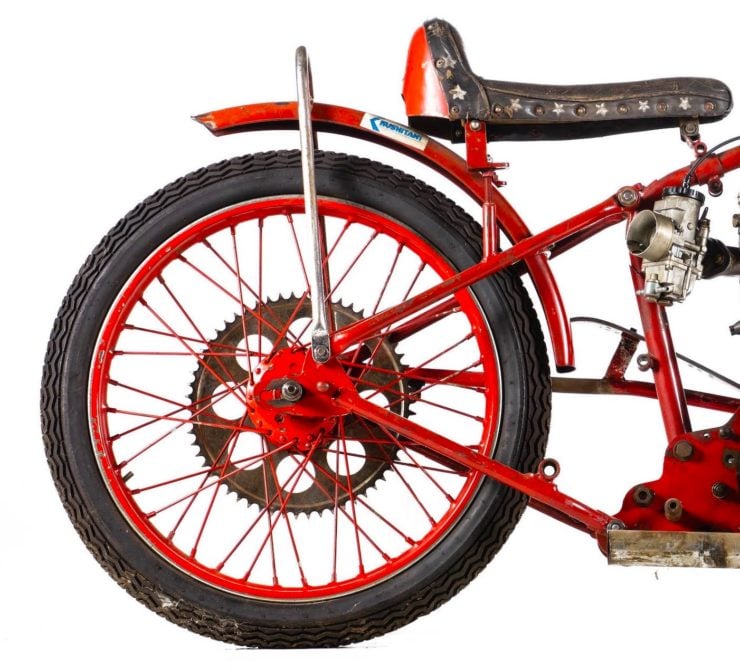 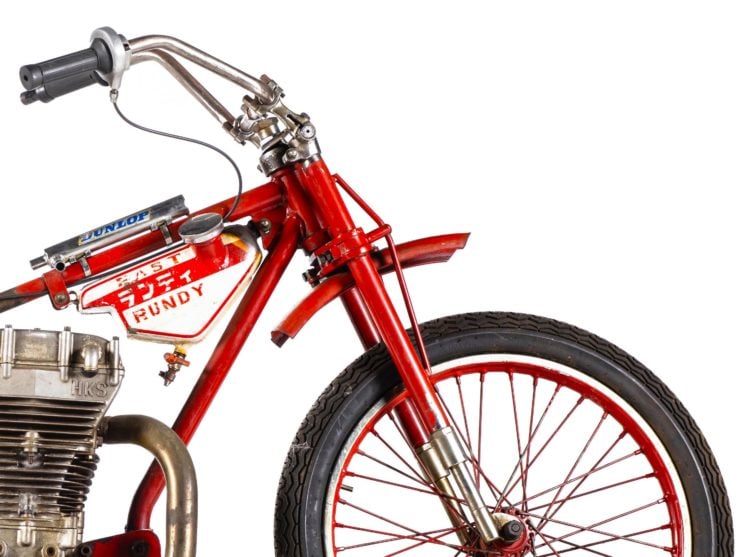 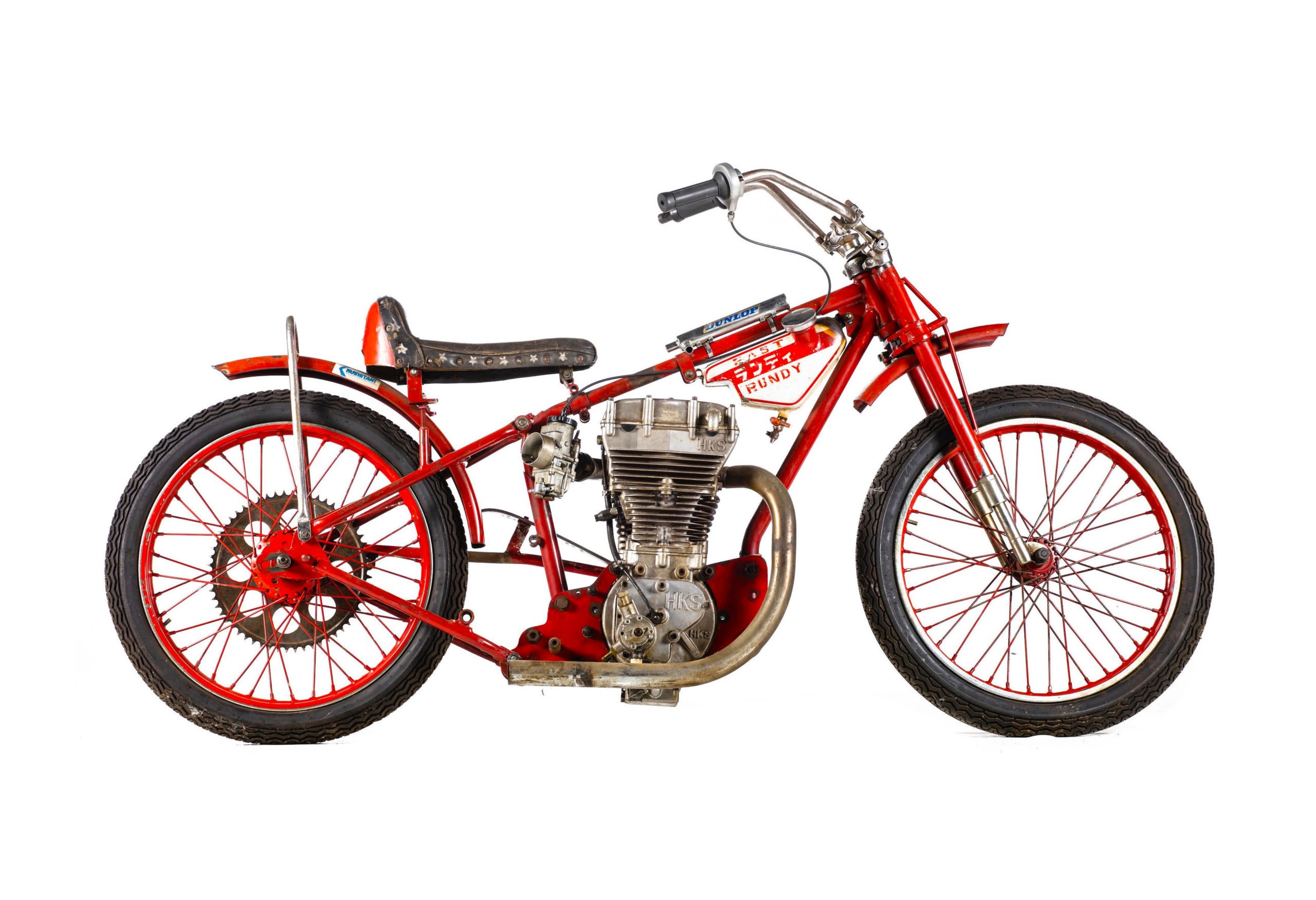