This Time Tomorrow is a documentary about the 1966 24 Hours of Le Mans victory by the Ford Motor Company, now the subject of a major Hollywood film named “Ford v. Ferrari” starring Christian Bale and Matt Damon.

The true story about the Ford racing program started by Henry Ford II is one of the great tales of the age. Ford had been in talks with Enzo Ferrari to buy the Italian sports car company, millions had been spent by the Americans on audits and negotiations. 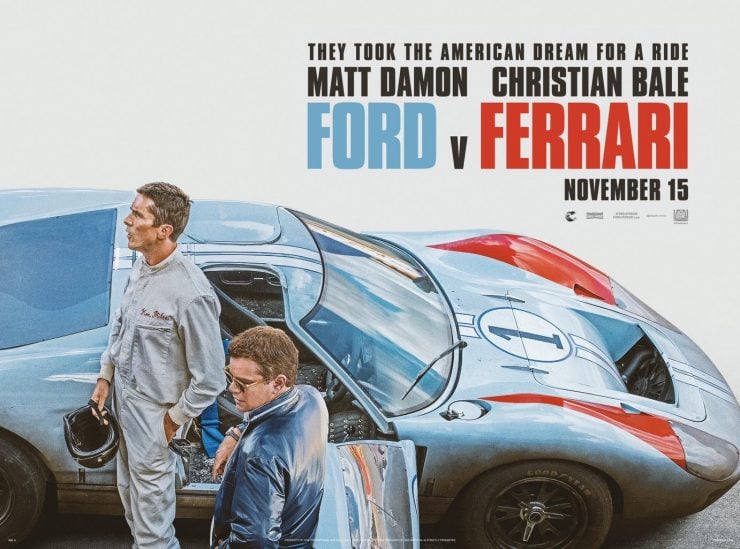 Enzo pulled the plug at the last minute and walked away from the deal when it became clear he would not be able to retain control over the racing division. Racing was always his first love.

Incensed by this last minute withdrawal and the millions of dollars wasted, Ford tasked a team to find a specialised manufacturer who could build them a car with a Ford V8 to beat the Ferraris at the most famous race in the world – the 24 Hours of Le Mans.

Ford initially looked at three British companies: Lola, Lotus, and Cooper. They settled on Lola as the Lola Mk 6 made the most sensible starting point, and it was already Ford powered. 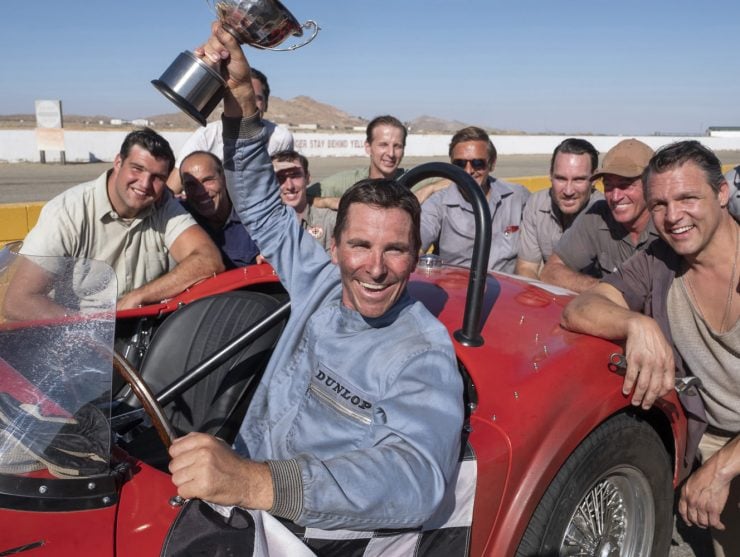 A team made up of Brits and Americans worked in England on the project, developing the Ford GT40 in 1963 and beginning the racing program at the Nürburgring 1000 km in 1964.

As is the case with any new racing car, the GT40 needed time and fettling to work out kinks and reliability problems.

By 1966 most of the GT40’s kinks had been worked out and Ford wanted to take no chances, they flooded the Le Mans field with over a dozen entries. Ferrari had pioneered this strategy and the ’66 race was no different, with over a dozen Ferraris on the grid.

24 hours of hard racing takes its toll on even the most well-engineered car, so the best solution to beating the odds is to stack the deck in your favour with as many cars as possible on the grid.

It was a controversial win, Ford had tried to get the cars to cross in a dead heat but the governing body ruled that the car that started farthest back on the grid had travelled the furthest distance. 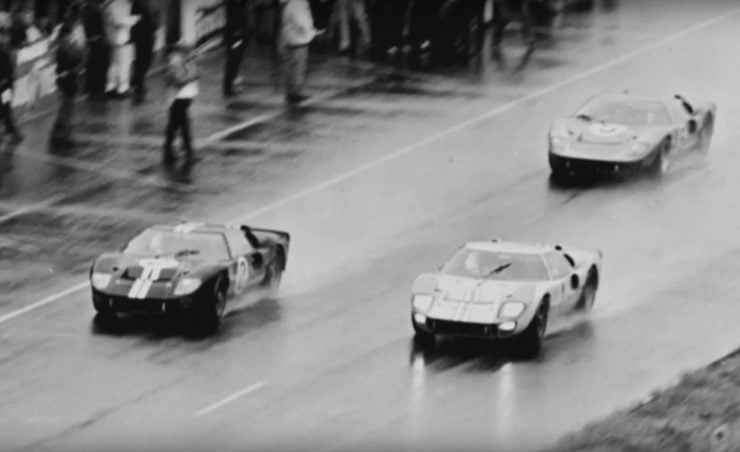 This meant that the car driven by McLaren/Amon took the victory, even though the Miles/Hulme car had been told to slow down and let them catch up for the photo finish. Tragically Ken Miles would be killed a matter of months later in testing, and he never got a chance to win at Le Mans.

The 1966 Le Mans would be the first of four back-to-back victories for Ford, with wins in 1966, 1967, 1968, and 1969. It was exactly the kind of Ferrari-crushing dominance Ford had hoped for. The GT40 would go down in history as one of the most famous British/American joint automotive projects – a list that’s remarkably long.

The Film – This Time Tomorrow

This Time Tomorrow is a fascinating film about the 1966 24 Hours of Le Mans, it’s been filmed in such a way as to give you a genuine impression that you’re at the race, with the sounds of the cars combined with a look through the crowds and the people in attendance.

The film is directed by Philip Bond and features narration by Chris Amon, Bruce McLaren, Graham Hill, Dan Gurney, Ken Miles, John Surtees, Carroll Shelby, and Denny Hulme. These men are some of the most important names in motor racing from the period and Shelby was running the factory Ford effort.

He had won the race himself for Aston Martin in 1959 along with teammate Roy Salvadori, and back home in the United States his own Shelby workshops were turning out Shelby Cobras and Shelby Mustangs – all powered by Ford V8s.

If you’d like to read more about the 1966 24 Hours of Le Mans you can click here to read the thorough Wikipedia entry. 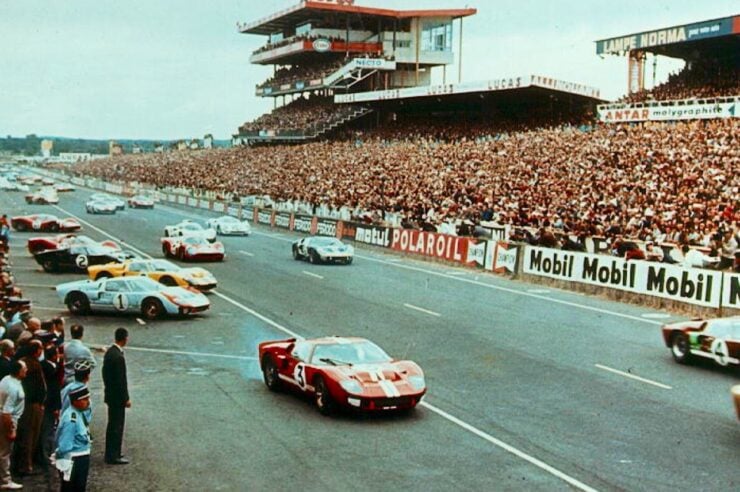 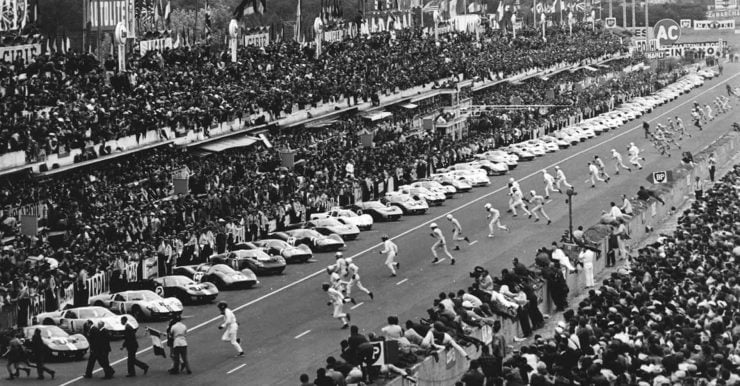 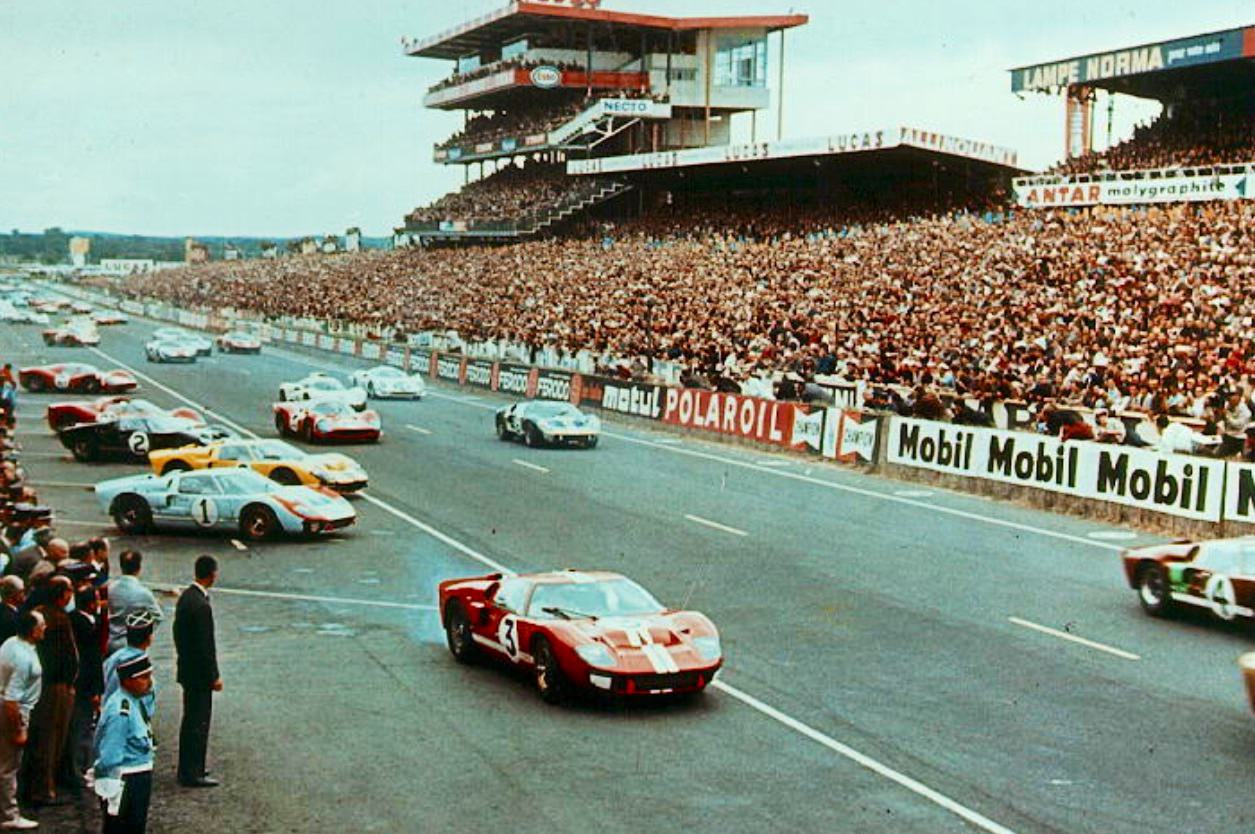