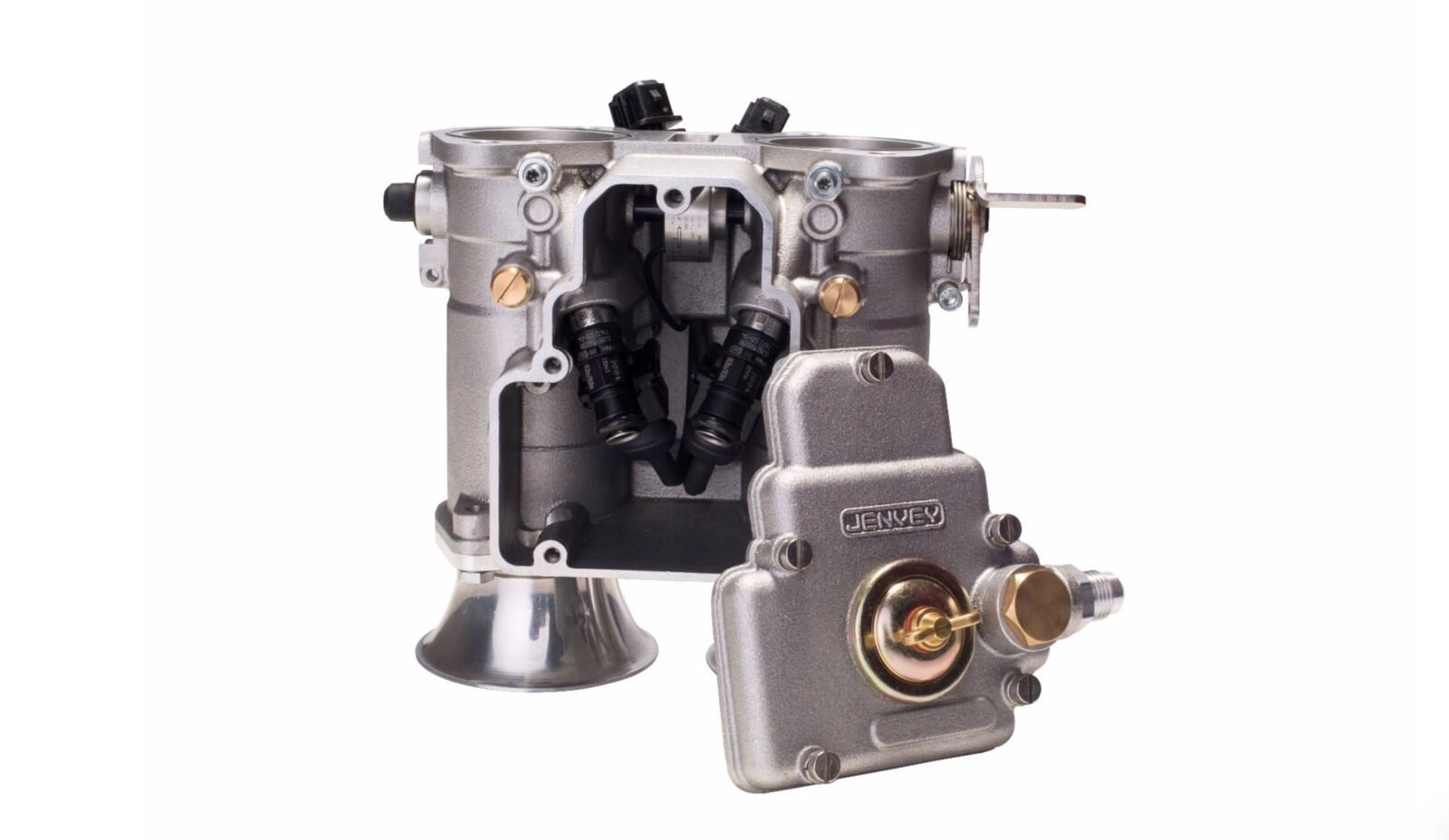 The Jenvey Heritage DCOE throttle body was developed to evoke the styling of the classic Weber DCOE – the acronym stands for “Doppio Corpo Orizzontale E” which means “double body horizontal” in Italian.

The Weber DCOE was fitted to countless high-performance engines over the decades, and they’re one of the most common carburettors for use in historic motor racing. Weber sells kits that fit many classic cars, once fitted the kits generally offer significant improvement in power output, fuel economy, and cold starting performance.

The British team at Jenvey developed their Heritage DCOE throttle bodies for owners of classic cars who wanted to keep the period-correct look, but benefit from the advances offered by modern fuel injection. Inside each throttle body you’ll find twin fuel injectors that meter out a computer controlled dose of fuel (pictured above). 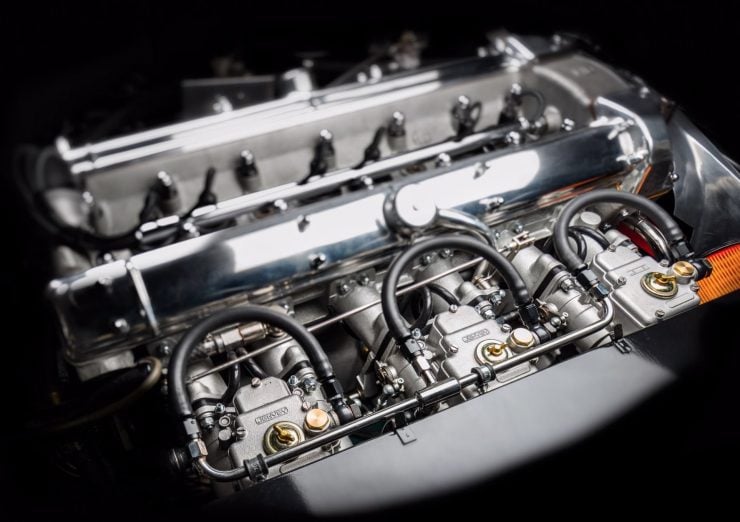 Fuel injection offers a series of advantages over carburettors, they tend to be more efficient with fuel, they offer easier starting, lower emissions, more accurately metered fuel, and the ability to tune a series of different fuel maps into an ECU.

Jenvey Heritage DCOE throttle bodies can be ordered in kits of one, two, or three with matching manifolds for a series of vintage cars, and they include a built-in fuel rail, injectors, extension looms (to bring the injector connector to the underside of the throttle body) and a hidden internal throttle position sensor (TPS).

When ordering you can choose between TDS40mm, TDS45mm, and TDS48mm bore options, and there are a wide variety of parts and accessories available to make fitment as straight forward as possible. 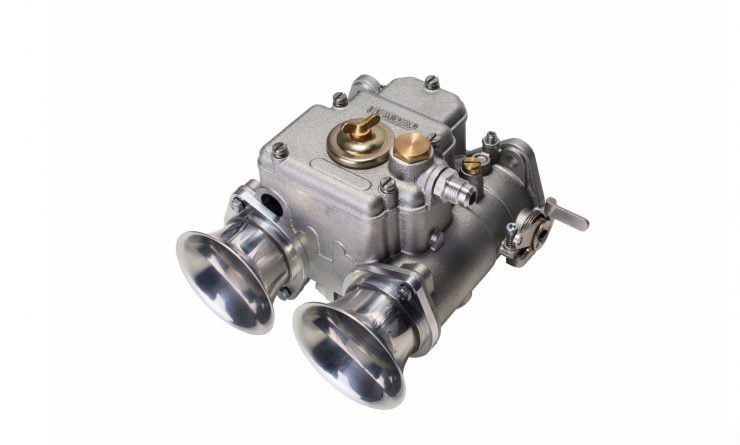 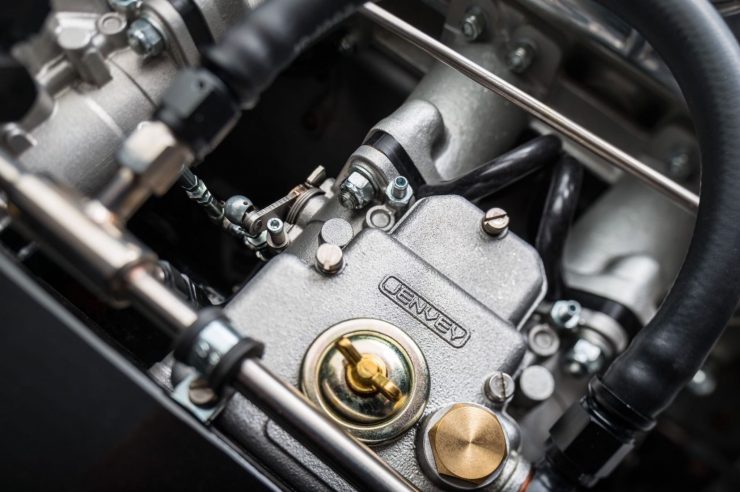 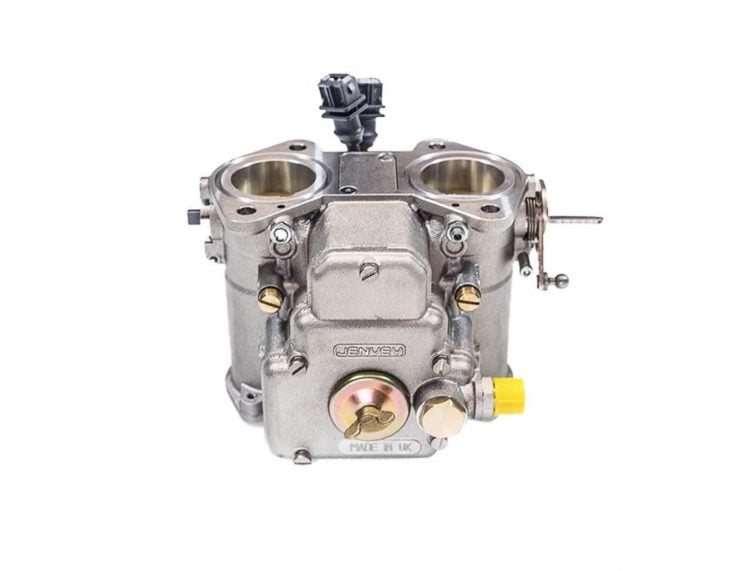 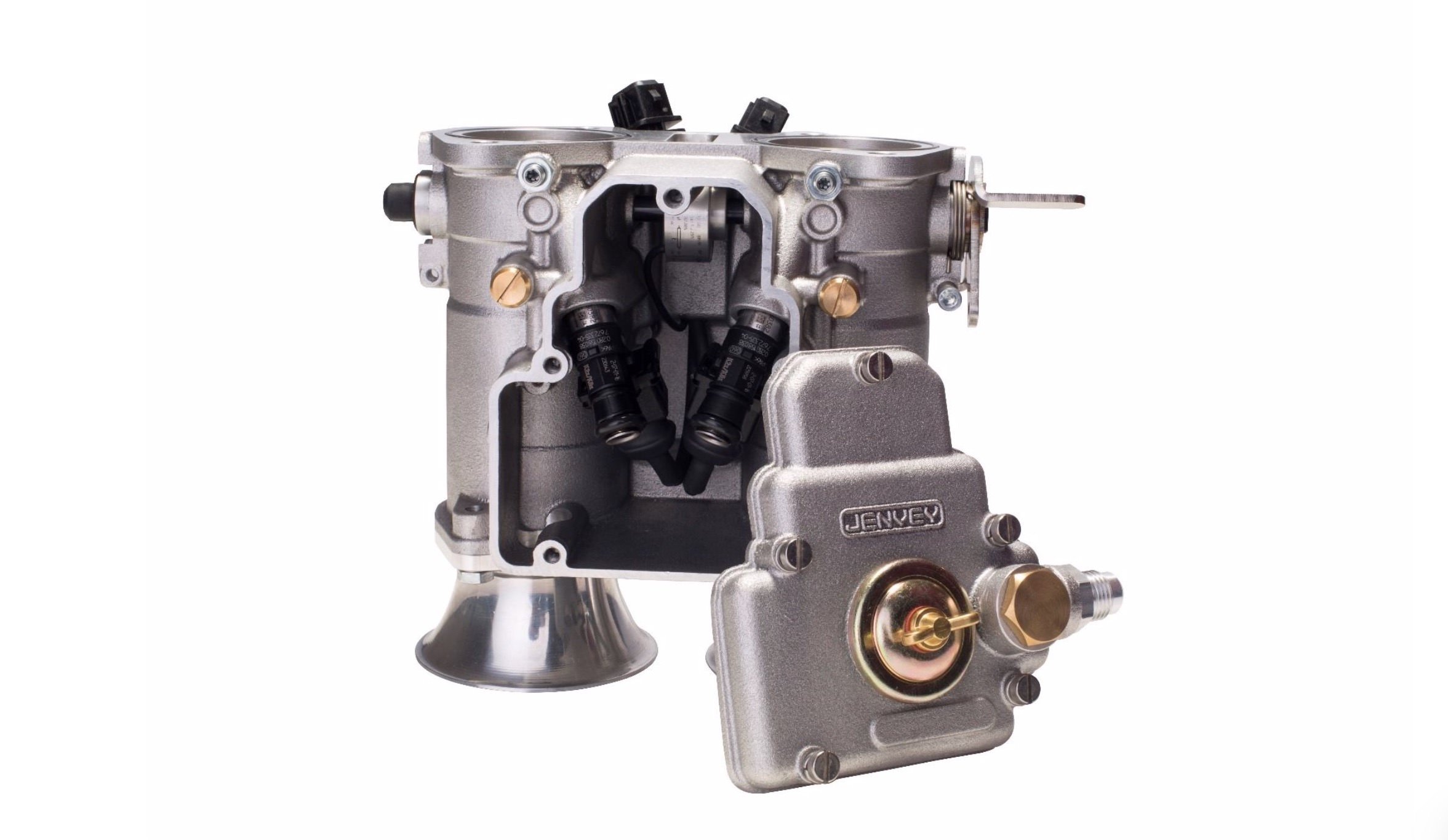