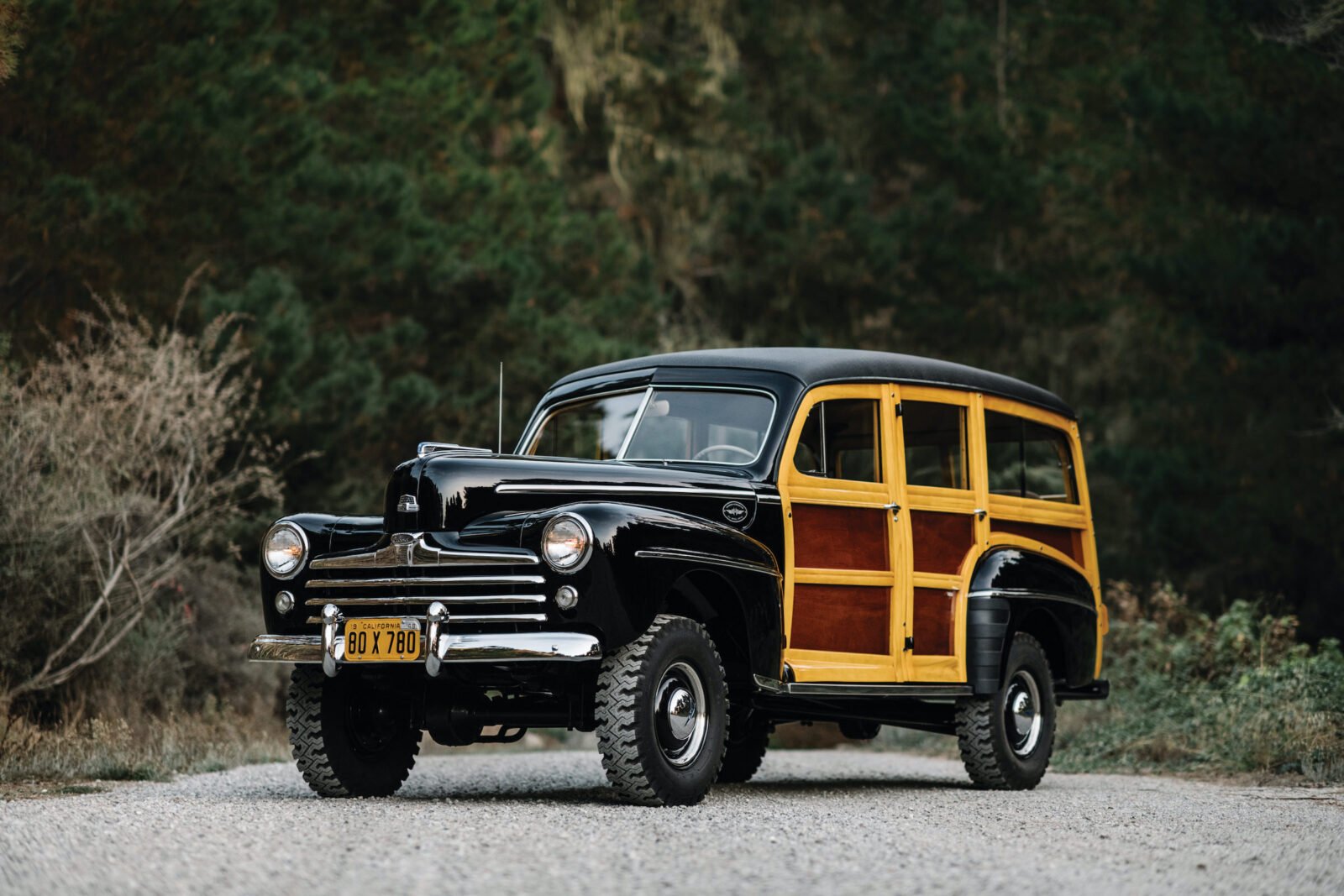 This original 1948 Ford Marmon-Herrington Super Deluxe 4×4 Station Wagon was almost certainly one of the world’s first luxury 4×4 SUVs, it was constructed by Marmon-Herrington using a factory-fresh Ford station wagon, with production starting all the way back in 1937 – two years before the outbreak of WW2.

The Second World War was responsible for introducing many servicemen to 4×4 vehicles and their capabilities. The most obvious was the Willys Jeep and its siblings, but there were a number of 4×4 vehicles including trucks built for the war effort that gave a taste of four-wheel driving to hundreds of thousands of young allied soldiers.

In the years after the war the number of civilian 4×4 vehicles began to grow quickly, with civilian versions of the American Jeep, as well as the British Land Rover Series 1, and the German Unimog. By the 1960s the surge in popularity of enthusiast off-roading led to vehicles like the Range Rover, the Ford Bronco, the International Harvester Scout, the Land Rover Series II and IIA, the Toyota Land Cruiser, and many others.

Today the SUV class is the best performing in many world markets, and pick up trucks are best-sellers across the United States. 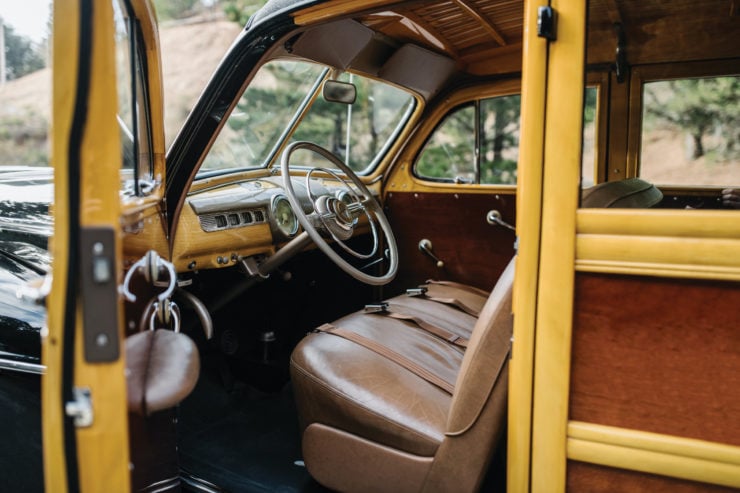 Back in the 1930s it was a team of engineers at Marmon-Herrington who would be partially responsible for this explosion in popularity of off-road/SUV/4×4 vehicles – though it was never really their intention. They just wanted to build a comfortable off-road capable vehicle that could be used by wilderness lodges, farmers, the U.S. Forest Service, the U.S. Army, and anyone else who needed to traverse difficult terrain but wanted to do it in relative comfort.

The body would be removed from the chassis, the chassis would then be strengthened to ensure it could handle the rigours of off-road use. It would also be modified to take a new live axle front end, a modified rear axle, uprated suspension, and a new Ford truck 4×4-4-speed manual transmission. The original Ford Flathead V8 would be kept in place, an engine that proved well-suited to off-road use. 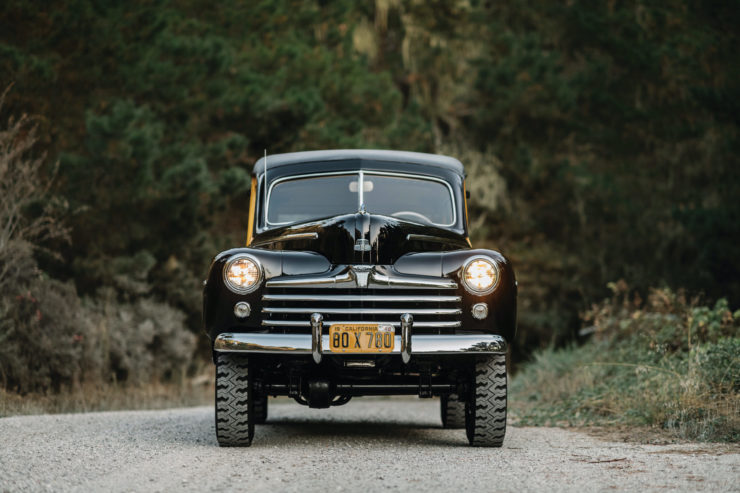 The new four wheel drive power train coupled with the elevated leaf springs and increased ground clearance made the Ford Marmon-Herrington 4×4 an excellent off-road vehicle by the standards of the day, it certainly lived up to the “Super Deluxe” model designation, offering never-before-seen luxury in an off-road vehicle.

Production of the Ford Marmon-Herrington 4×4 was stopped during WW2 as both Ford and Marmon-Herrington focussed on building vehicles for the war effort. Production resumed after the war in 1948 but with a $4,000 USD MSRP, it was twice the cost of the regular Ford station wagon and sales were understandably slow.

Today the surviving examples of the Ford Marmon-Herrington 4x4s are greatly sought after by collectors and enthusiasts, and they always attract crowds at shows of people who had never previously heard of them. 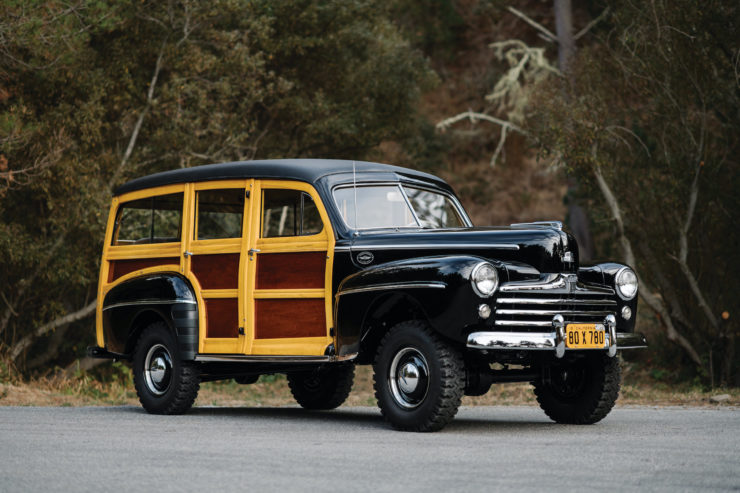 The 1948 Ford Marmon-Herrington Super Deluxe 4×4 you see here is from the first year of production after the Second World War. It features the highly capable original powertrain including the Ford Flathead V8, the 4-speed truck transmission and the front and rear live axles on leaf springs.

This vehicle received a meticulous nut-and-bolt restoration, much of the work was done by the highly-respected Nick Alexander Collection. It’s been finished in Medium Luster Black, with top-of-the-line Super Deluxe trim that includes chrome moldings around all windows, a horn ring, two sun visors, armrests on all doors, passenger assist straps, and horizontal chrome trim on the body, along with a factory radio.

In addition the vehicle is fitted with the correct wood-grain metal dash, rubber flooring, the correct brown interior upholstery, and it’s fitted with off-road ready 7.00-15 STA Super Traxion tires. Since its restoration it’s been using sparingly, it was shown at the 2018 Hillsborough Concours d’Elegance which remains its only public showing.

It’s accumulated just 600 miles since its restoration six years ago, and it’s due to roll across the auction block with RM Sotheby’s in mid-January in Arizona. If you’d like to read more about it or register to bid you can click here to view the listing. 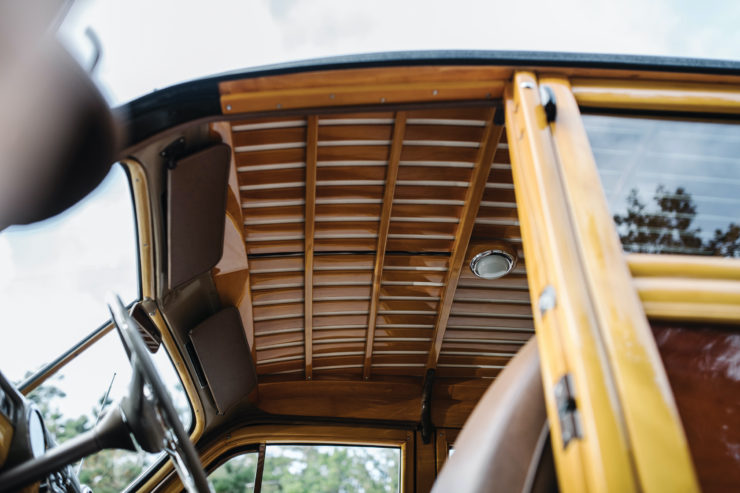 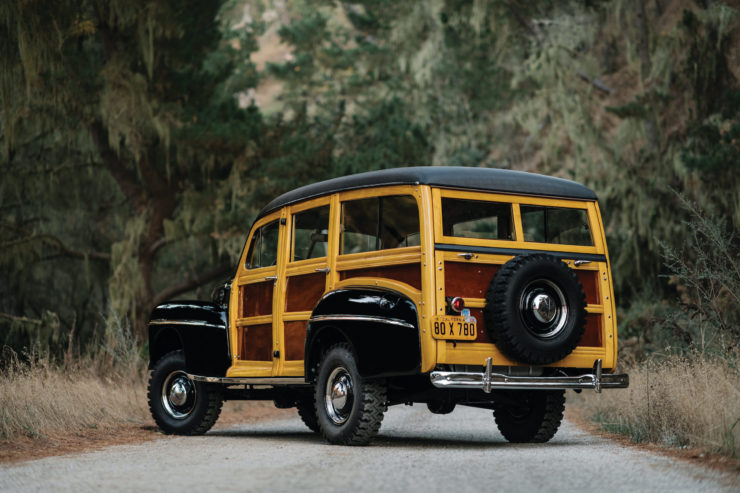 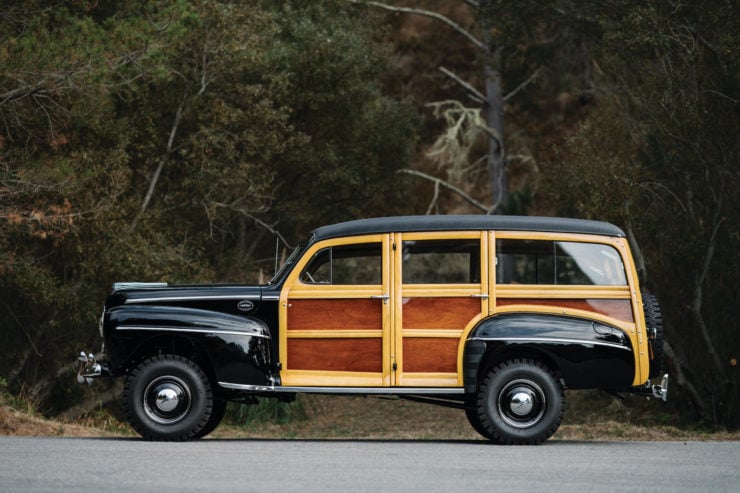 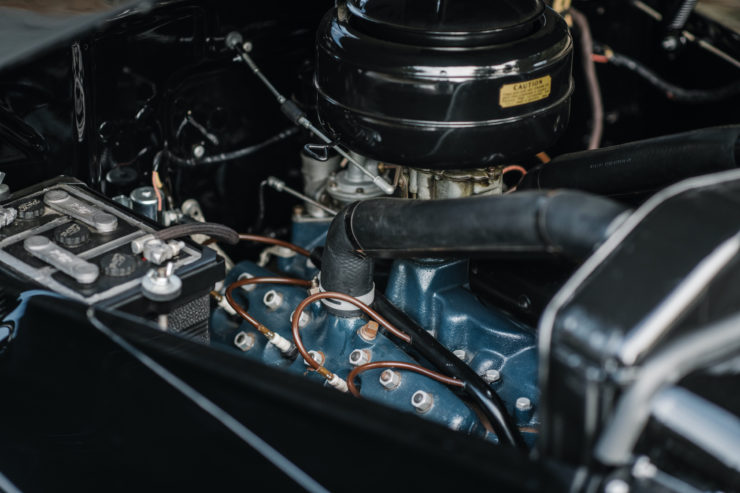 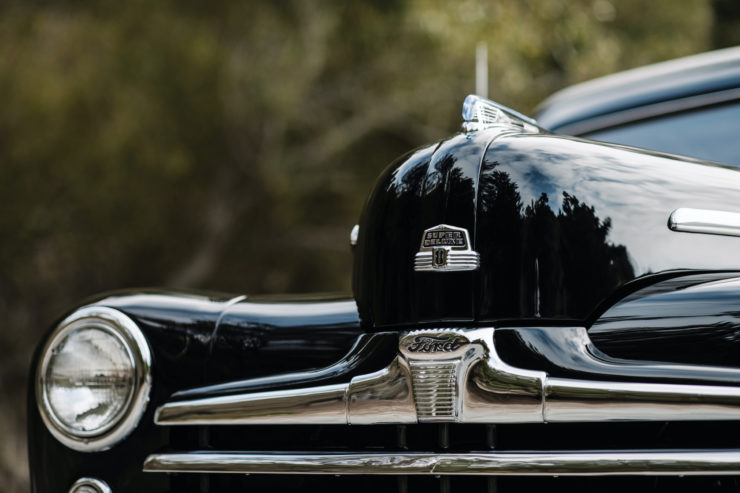 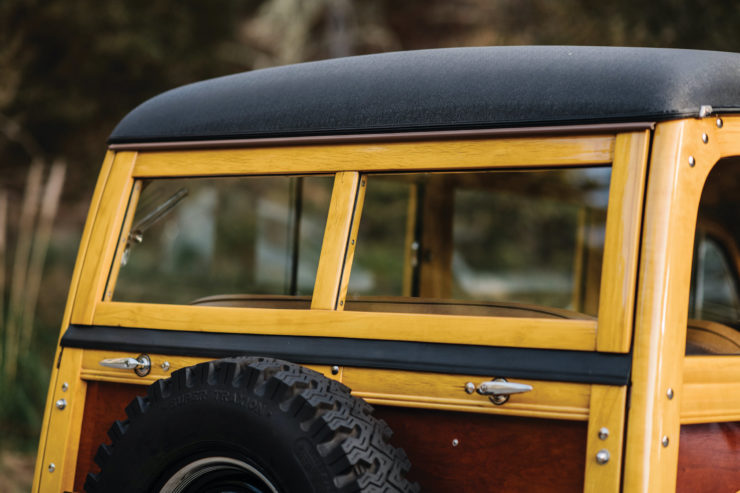 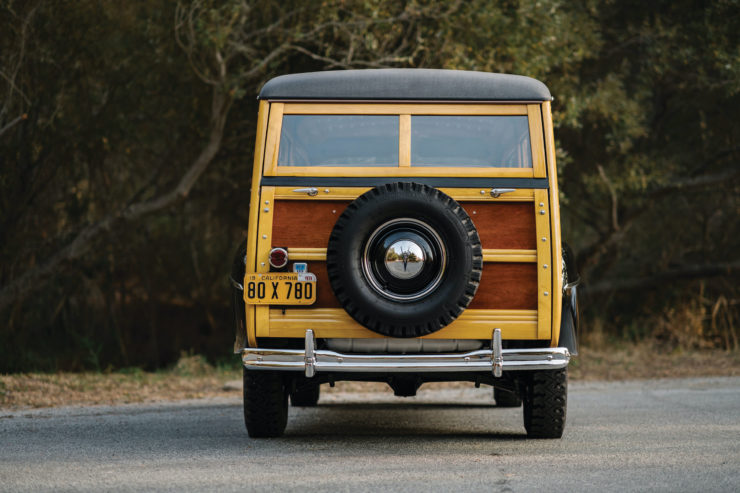 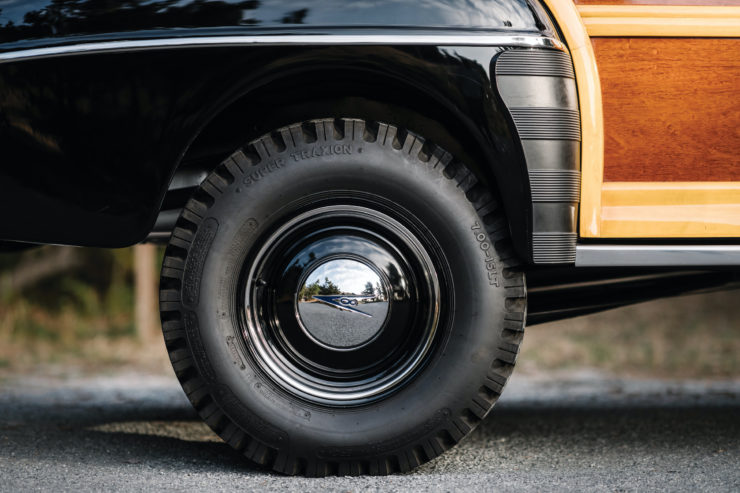 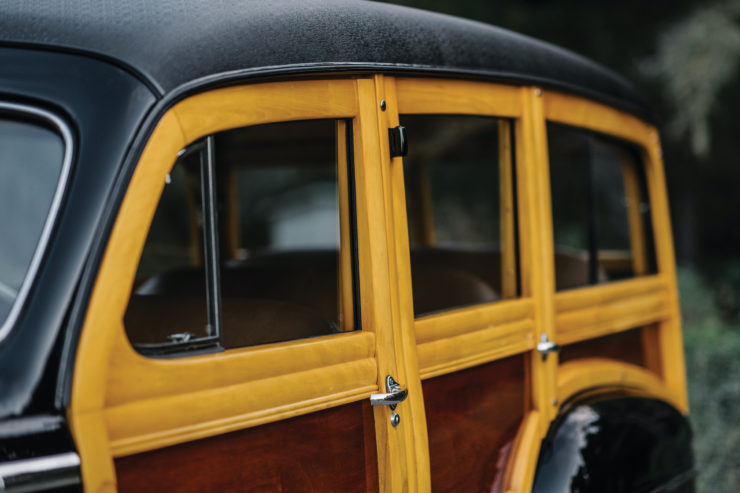 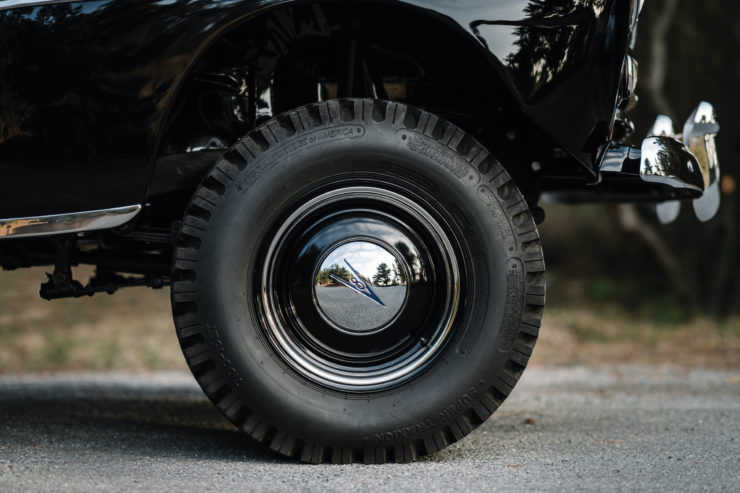 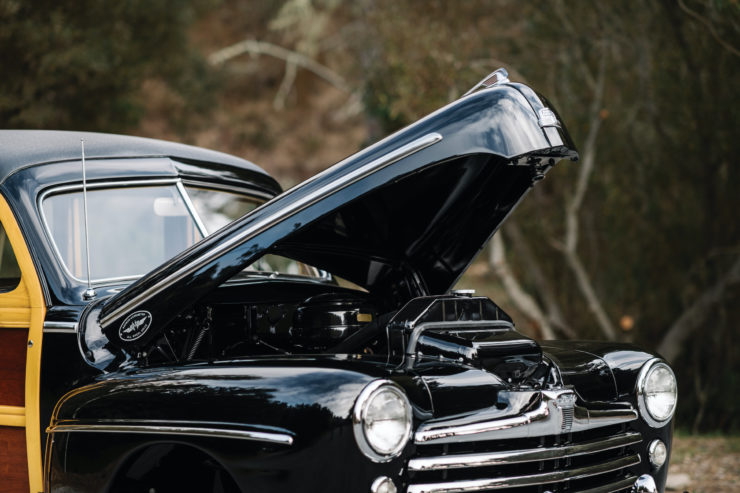 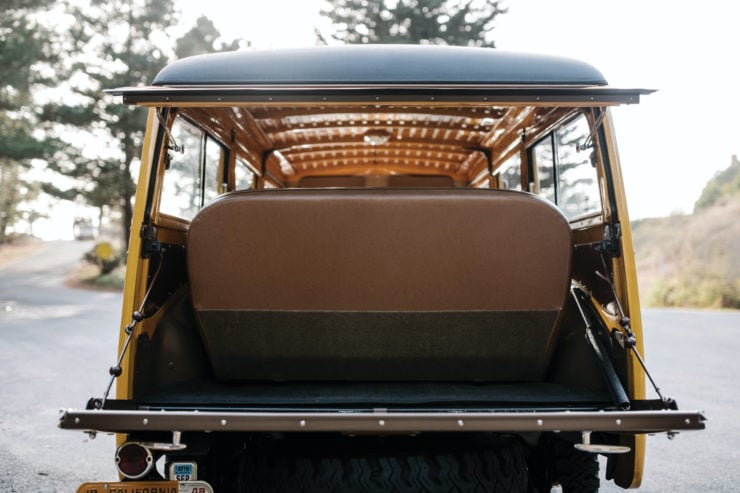