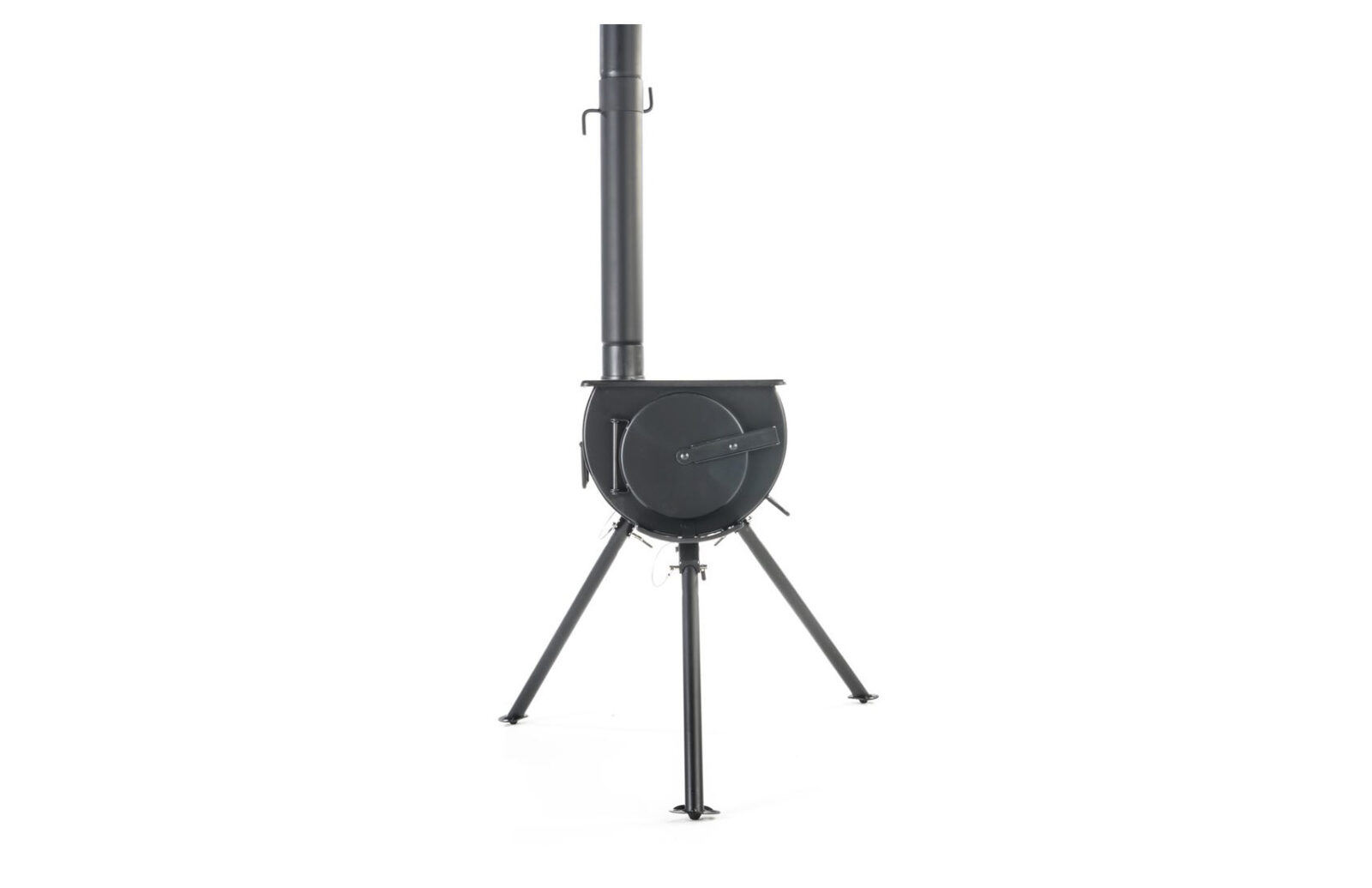 The Anevay Frontier Stove was originally developed for humanitarian aid purposes, but the design was so solid and practical that they encountered strong demand from regular consumers to sell them.

Each stove comprises a three removable legs, a five part flue, and a central stove section. The whole ensemble can be disassembled and placed in a bag (pictured below) for transportation or storage.

Frontier Stoves are now being used in yurts, sheds, cabins, semi-permanent tents, and they’re also popular as campfire replacements – as its easy to cook on them and the smoke is channeled up away from you. 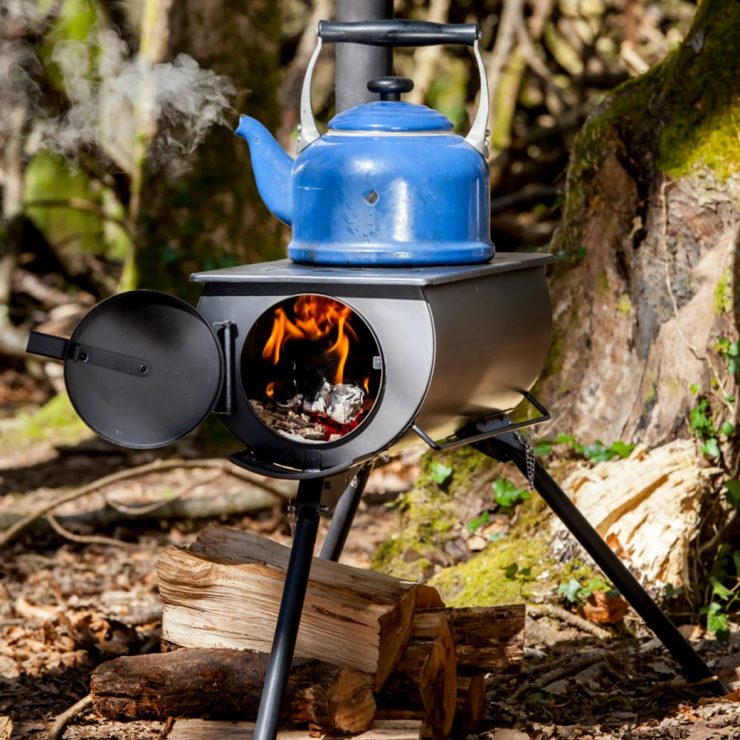 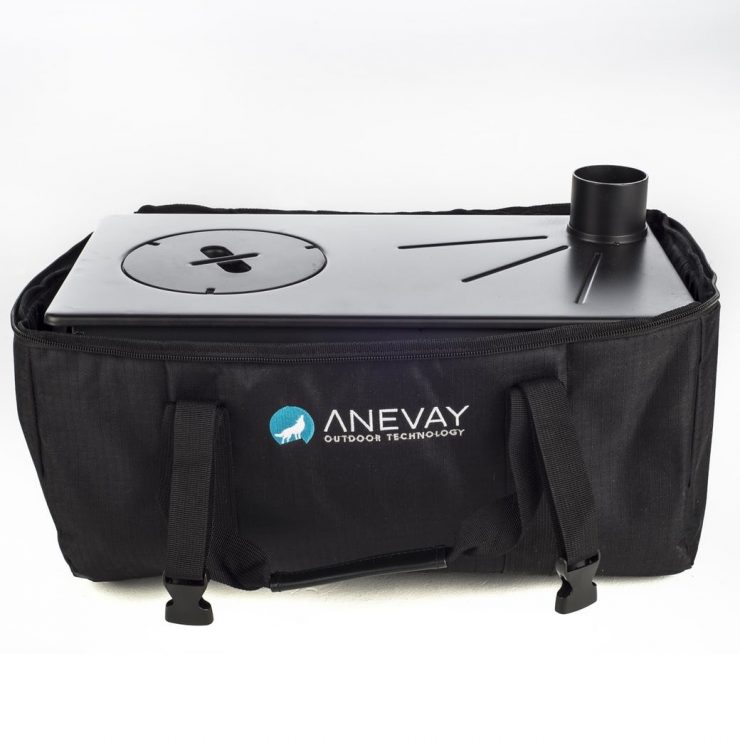 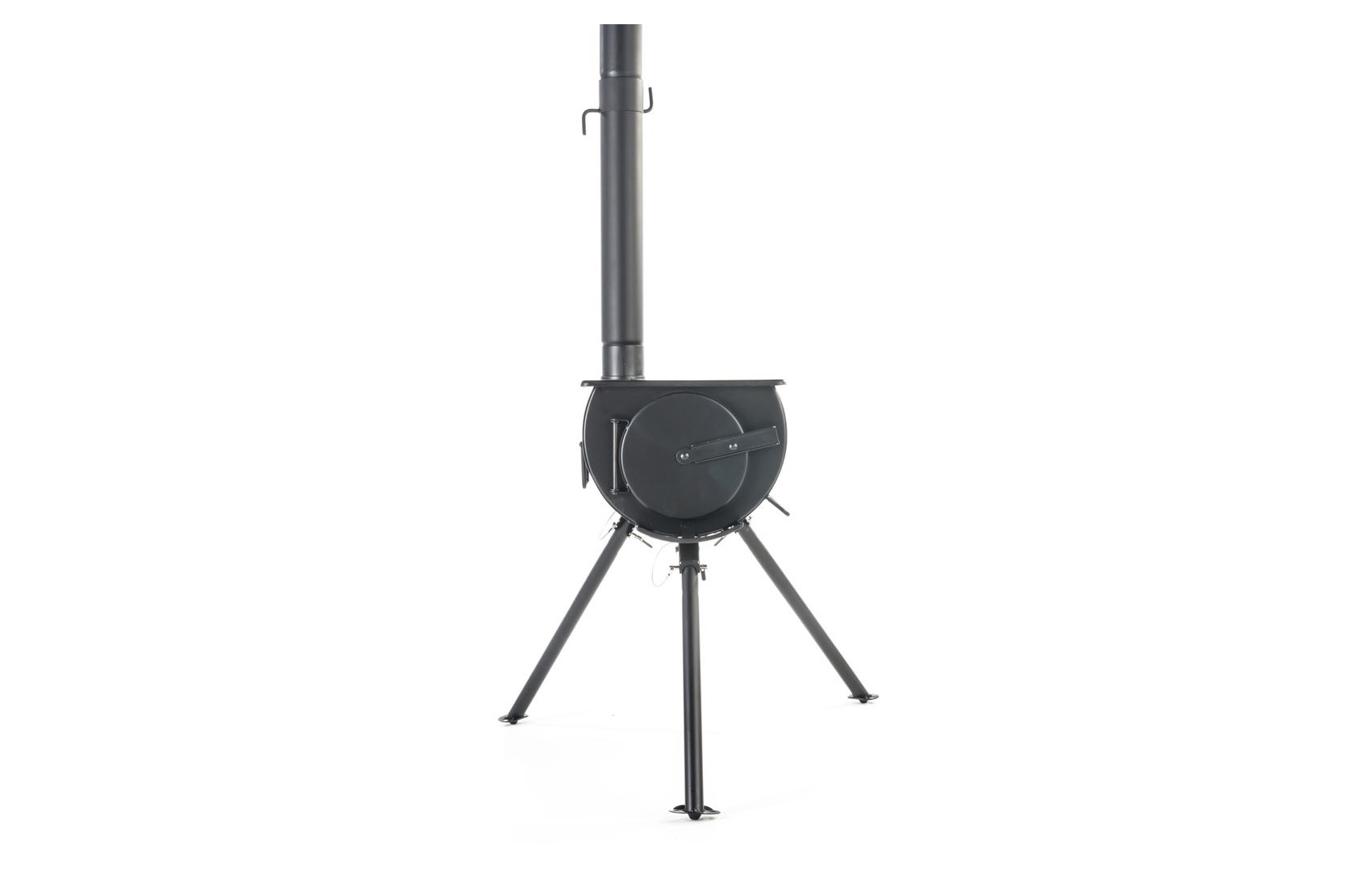