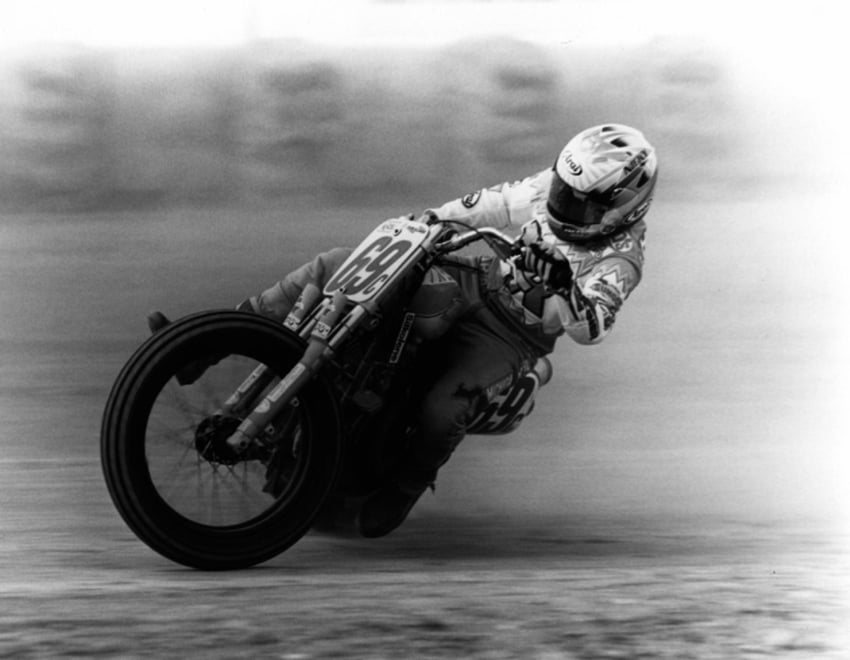 Flat track racing is one of the most tirelessly cool Sunday activities I’ve ever encountered. Sadly they don’t hold them in my part of the world, though even if they did, I doubt I’d be capable of this level of sidewaysness.