The GORUCK GR1 is a rucksack designed by a former Green Beret who sat down and spent a couple of years creating the pack he wanted whilst deployed in a war-zone. It’s nigh-on indestructible, highly customisable and designed to withstand anything up to and including a bomb-blast.

Each GORUCK GR1 has a laptop pocket that doubles as a hydration bag section, they also have multiple zippered inner pockets for sorting gear. Each GR1 can hold a pair of boots and a change of clothes, a laptop/charger and some assorted bits and bobs, which is basically all I need to survive quite happily. Apart from beer. But they have another bag for that.

The bags are all hand made in the USA and you can grab yours here. 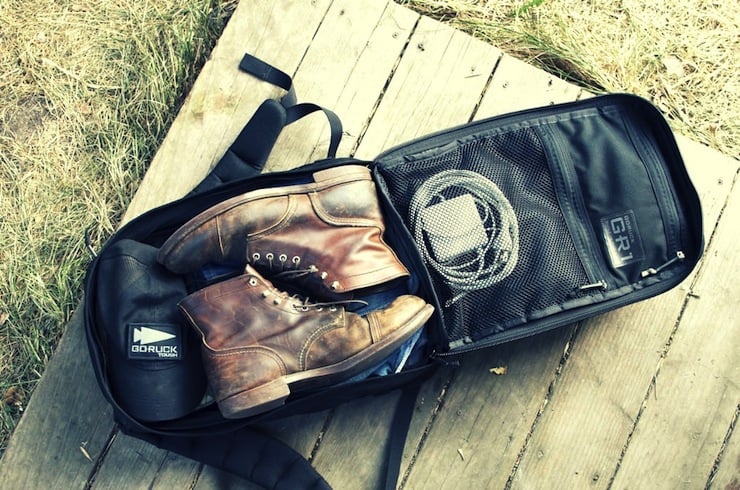