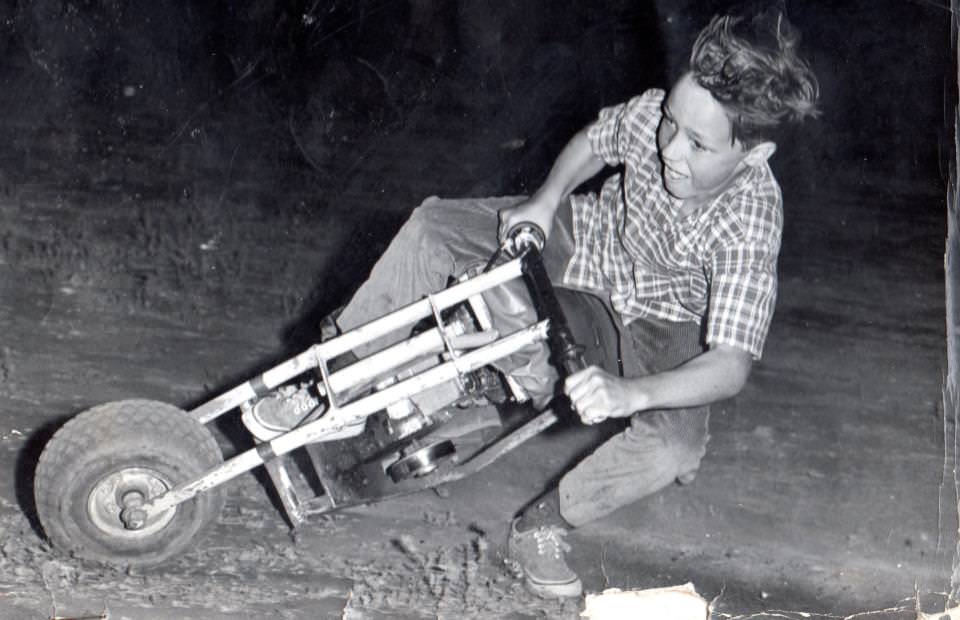 There’s something wonderful about this old photograph, I think the most impressive part of it is the boy’s perfectly positioned left foot. He looks for all the world like a crusty flat track old timer.