This film shows the first Indianapolis 500, it took place on the 30th of May 1911, and its official full name was the 1911 International 500-Mile Sweepstakes Race.

Remarkably, since this film was uploaded to YouTube by the Indiana State Library five years ago it’s been seen by fewer than 10,000 people. With a run time of 11 minutes and 30 seconds it’s a fantastic window back in time, over 111 years, of one of the most important and influential motor races in history.

The first Indy 500 would see the first race start behind a pace car in history as well as the first documented use of a rear vision mirror. Each team had to pay $500 to enter, a huge sum of money at the time, but the prize purse for winning was $14,250 and each of the top ten place finishers would receive varying payouts.

The cars being used were all running on castor oil fuel which created billows of white smoke behind them, with all 40 cars on the grid as the race started it was impossible for cars further back down the order to see much of anything at all. 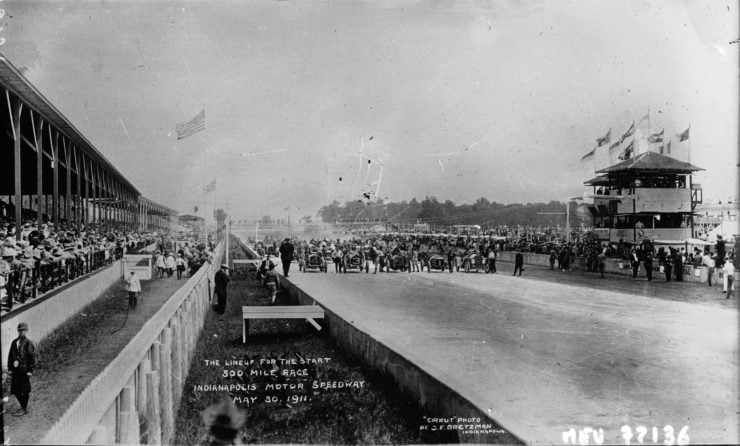 The first Indianapolis 500 starting grid In 1911. Teams had to prove their car was capable of 75 mph to qualify, and the race started behind a pace car amid plumes of smoke from the castor oil fuel – see it yourself in the video above.

Tragically on lap 12 there was an accident and fatality, Sam Dickson (the riding mechanic for Arthur Greiner) was killed when the car’s front wheels came off, causing a catastrophic accident.

A few of the cars racing came from marques that we still recognize today, including Fiat, Mercedes, Buick, and Benz. Many more have been lost to history, like Jackson, Marmon, Simplex, Knox, and Cutting.

It would be in this very race that racing driver Gil Andersen would finish 11th in the “Bear Cat” developed by Harry Stutz for the Ideal Motor Car Company. A production version of this car would be developed and released in 1912, it was called the Stutz Bearcat and it became one of the most desirable high performance cars of the era.

If you’d like to read more about the 1911 Indianapolis 500 you can click here to visit the Smithsonian article on the subject. 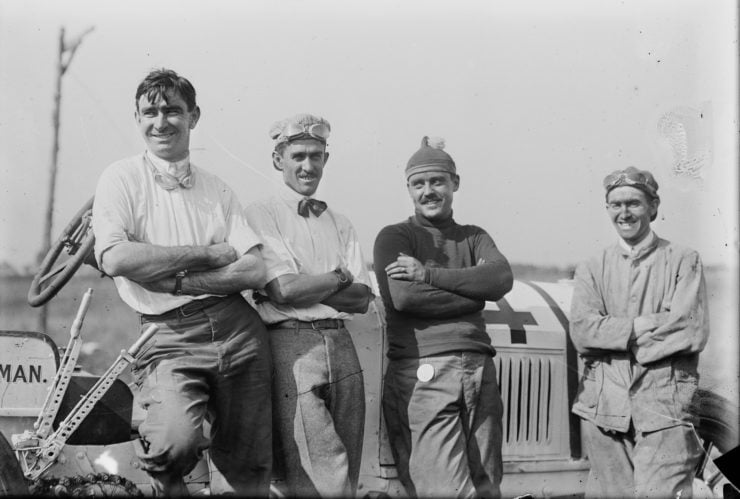 Racing drivers Burman, Disbrow, Tower, and Grinnon at Indianapolis in 1911.