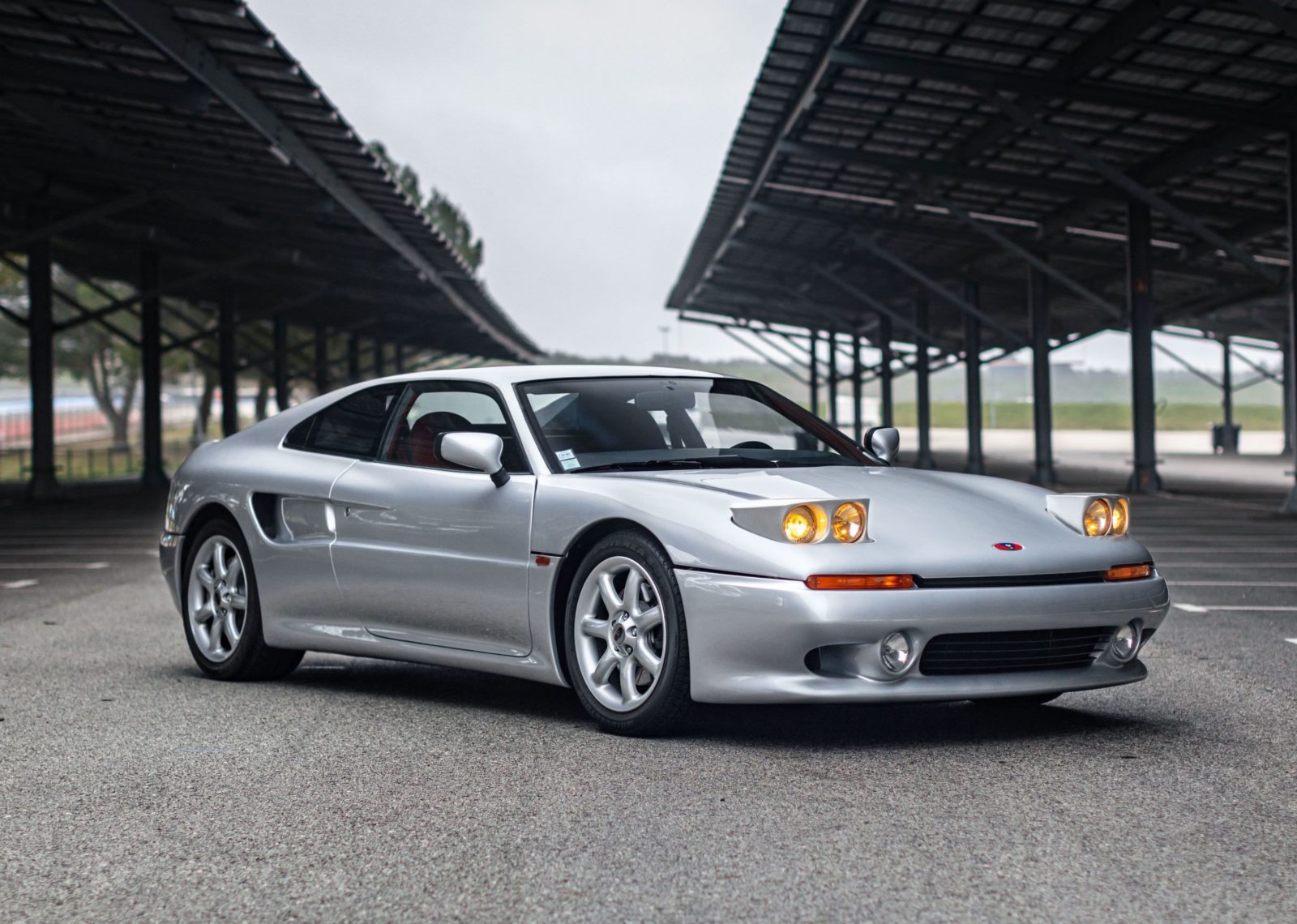 The Venturi 300 Atlantique is a little known mid-engined French GT car from the 1990s, they were built in very limited numbers and at the time of their release they were among the fastest French production cars in the world.

Venturi has often been compared with Lotus, the British automaker located just across the channel. This comparison rises from the fact that Venturi often made use of fiberglass bodies and tubular steel back bone chassis, just like their British cousins, as well as mid-mounted engines and a strong focus on handling.

Venturi – The French Answer To Lotus

Ever since it was founded in 1984, Venturi has frequently been compared to Lotus, though perhaps a more fair comparison would be Alpine – the French builder of sports cars with fiberglass bodies and backbone chassis including the highly-regarded Alpine A110. 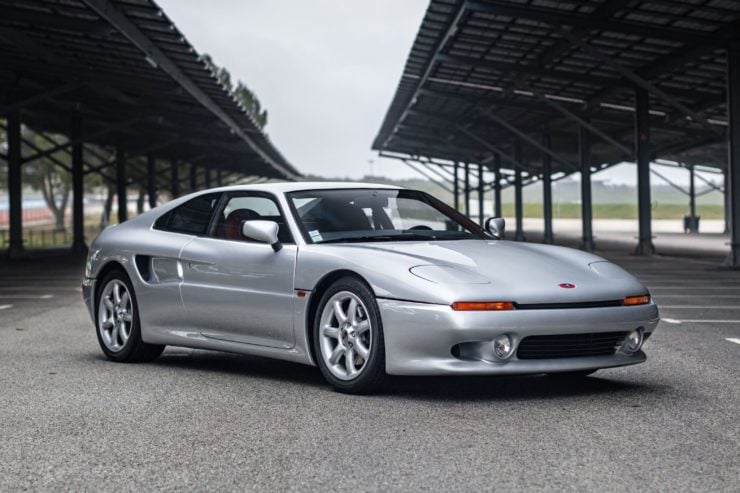 The beautiful styling of the Venturi 300 Atlantique has been compared to a number of similar supercars from the era. It remains one of the fastest French production cars ever made.

Though they didn’t quite succeed in their mission they did create one of Europe’s most unusual marques, a company that would successfully compete in GT racing, they battled with Ferraris and Porsches at the 24 Hours of Le Mans, and even (briefly) competed in Formula 1.

Over the course of the company’s tumultuous history they built some of the fastest French production cars in history, including the twin-turbo Venturi 400 GT which produced 402 hp and could reach a top speed of 291 km/h (181 mph) with a 0 – 60 mph time of 4.7 seconds.

Venturi would go bankrupt in the year 2000, the company was quickly bought out by Gildo Pallanca Pastor who turned it into one of the world’s first 100% electric sports car companies. It also currently competes in the world of Formula Racing as ROKiT Venturi Racing, and the company holds a world speed record for its Voxan Wattman electric motorcycle. 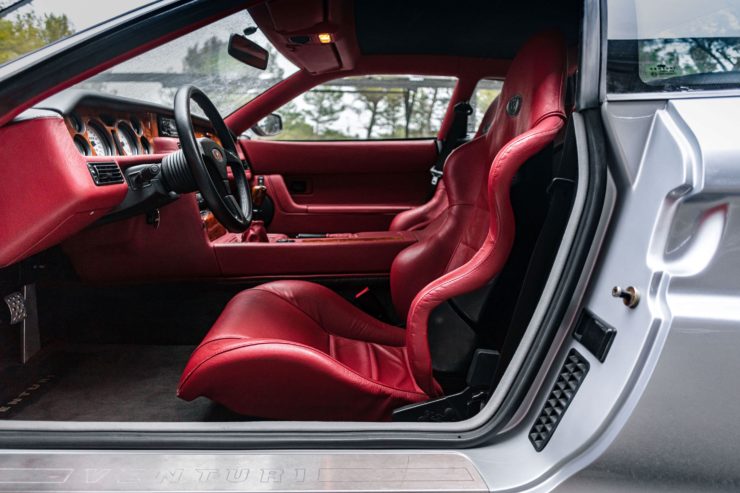 The interior of the car is very well appointed, with Cartier leather used throughout, a woodgrain dashboard, climate control, power windows, power brakes, and power steering.

There can be little doubt that the Venturi 300 Atlantique is one of the best kept secrets in the modern history of French automobiles. The engineering that went into each Venturi was excellent, and the 300 Atlantique is no exception, it has a still tubular steel backbone chassis with a fiberglass body for low weight.

The PRV V6 is mounted amidships for optimal weight distribution, feeding power to the rear wheels via a 5-speed manual transmission.

There were a few different configurations of this powertrain offered by Venturi, the example you see here is powered by the turbocharged PRV engine producing 281 bhp and it’s capable of 280 km/h (174 mph). 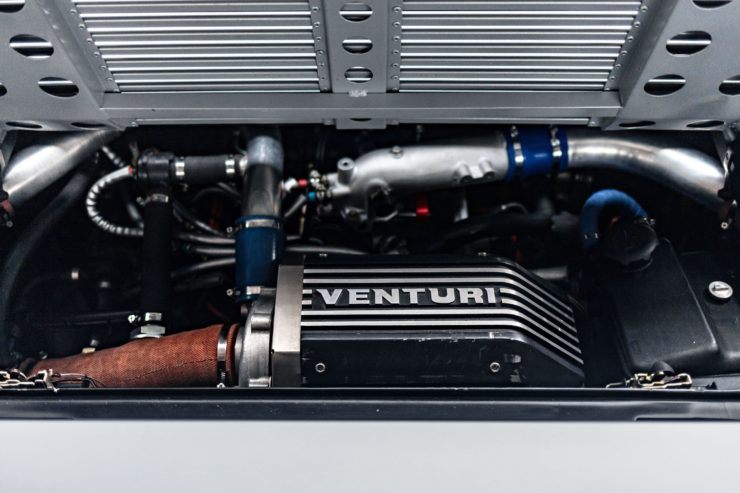 The styling of the Venturi 300 Atlantique has been compared to both the Lotus Esprit and the Ferrari 348, both of which were period sales competitors of course, and the Venturi was more than capable of rubbing shoulders with them on the roads, highways, and race tracks of Europe.

Just 57 examples of the Venturi 300 Atlantique turbo were built and despite the model’s rarity it still remains relatively affordable by supercar standards – the example you see here has a price guide of $91,500 – $114,400 USD.

When it was delivered new in 1997 the car had been optioned with Nimbus Grey paint and a Cartier leather interior. It was given a respray in its original color in 2015, and it’s now showing just 15,000 kms from new (9,321 miles).

If you’d like to read more about this car or register to bid you can click here to visit the listing on Artcurial. It’s due to cross the auction block on the 18th of March in Paris. 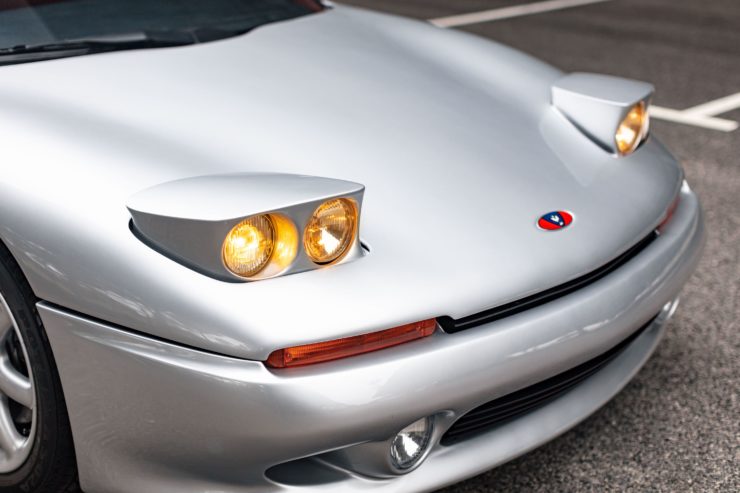 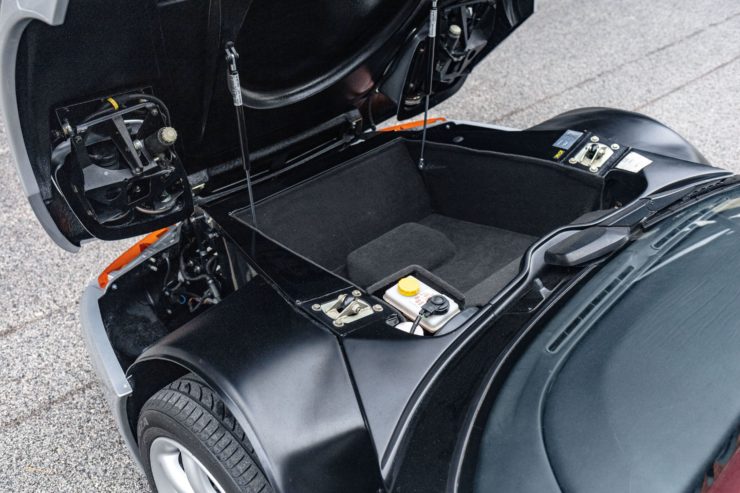 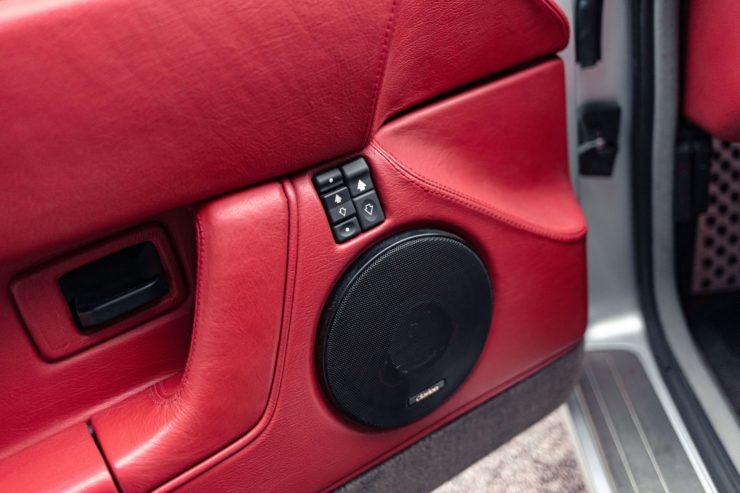 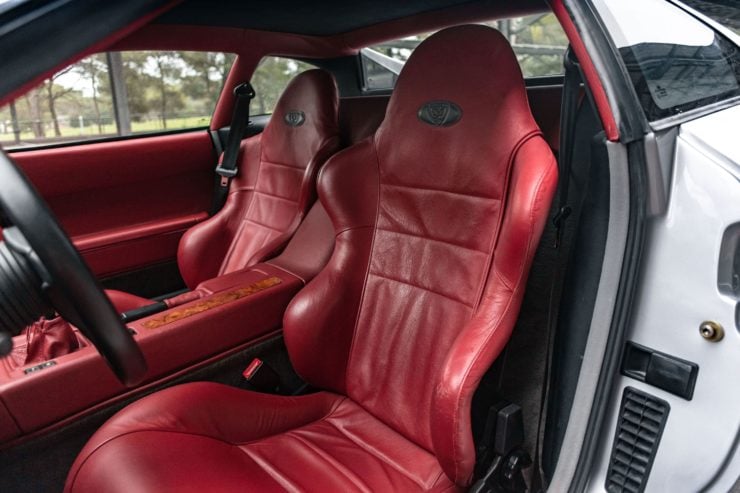 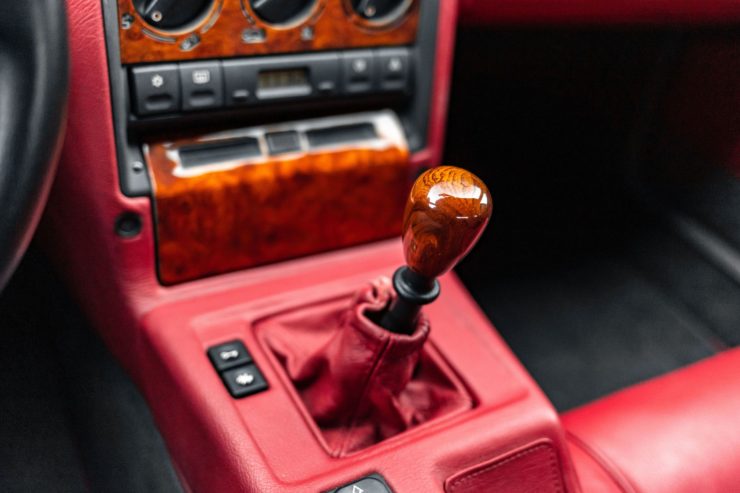 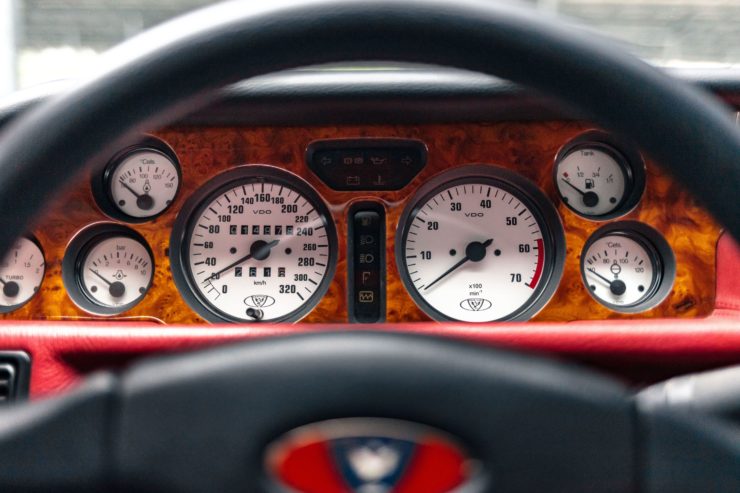 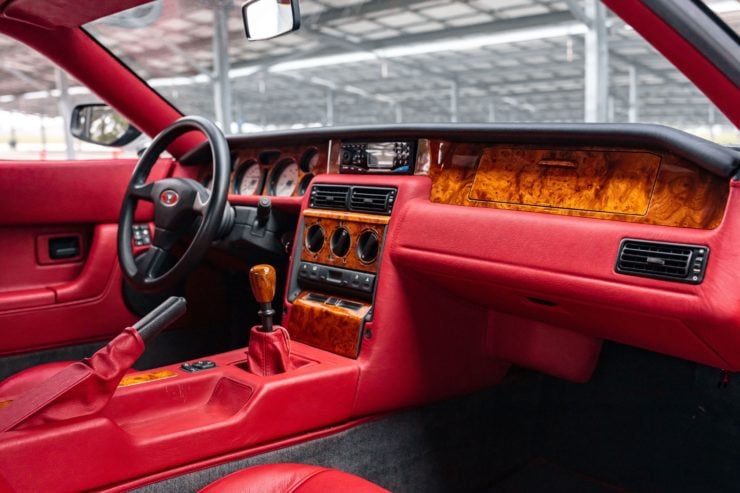 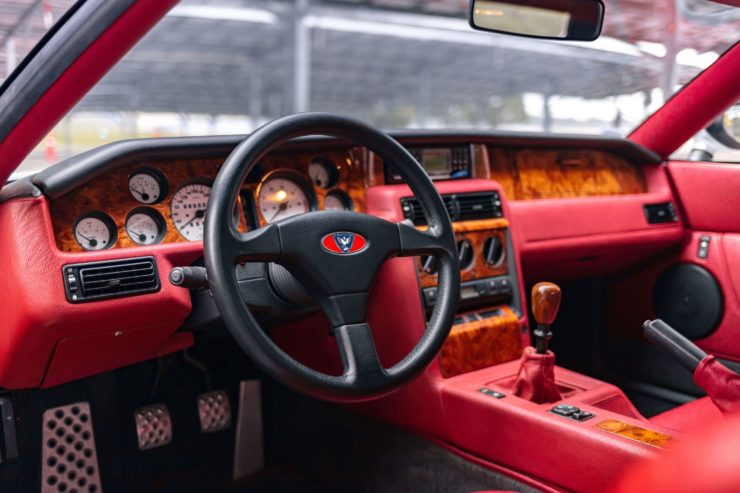 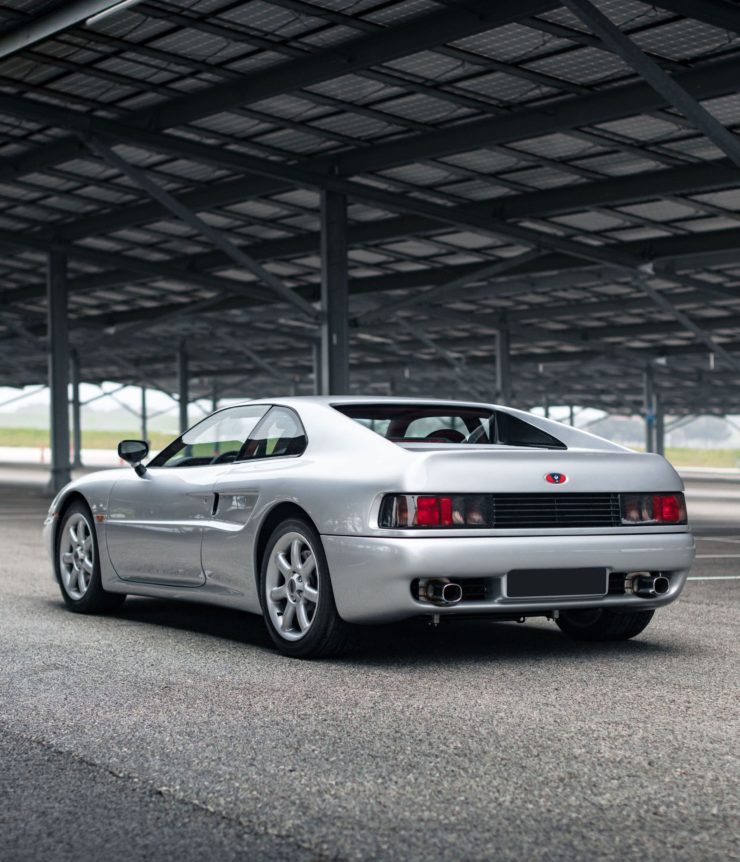 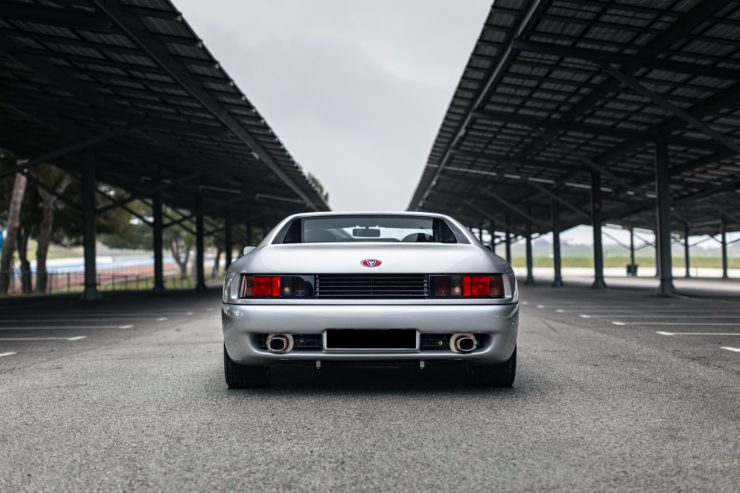 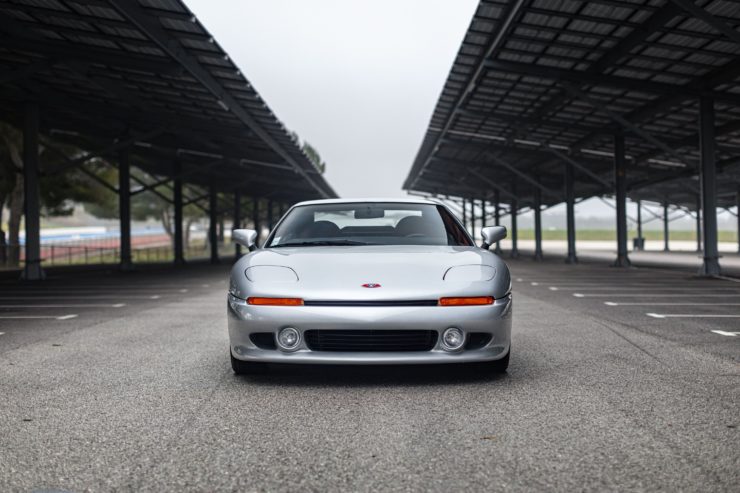 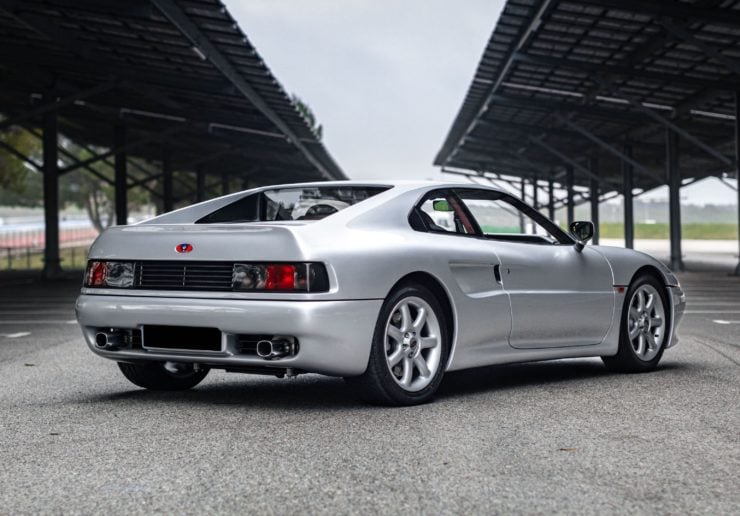 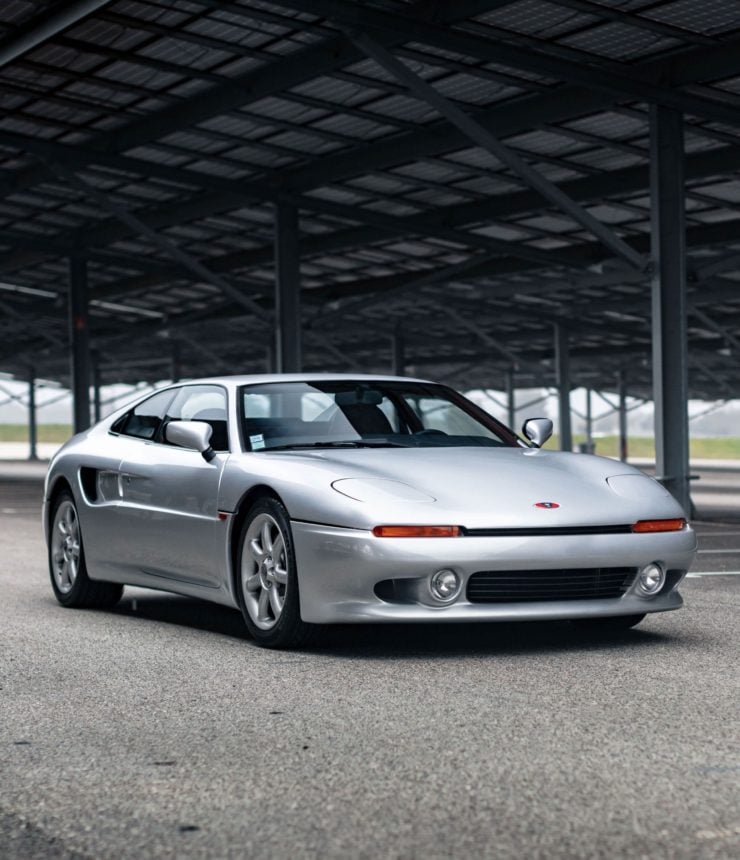