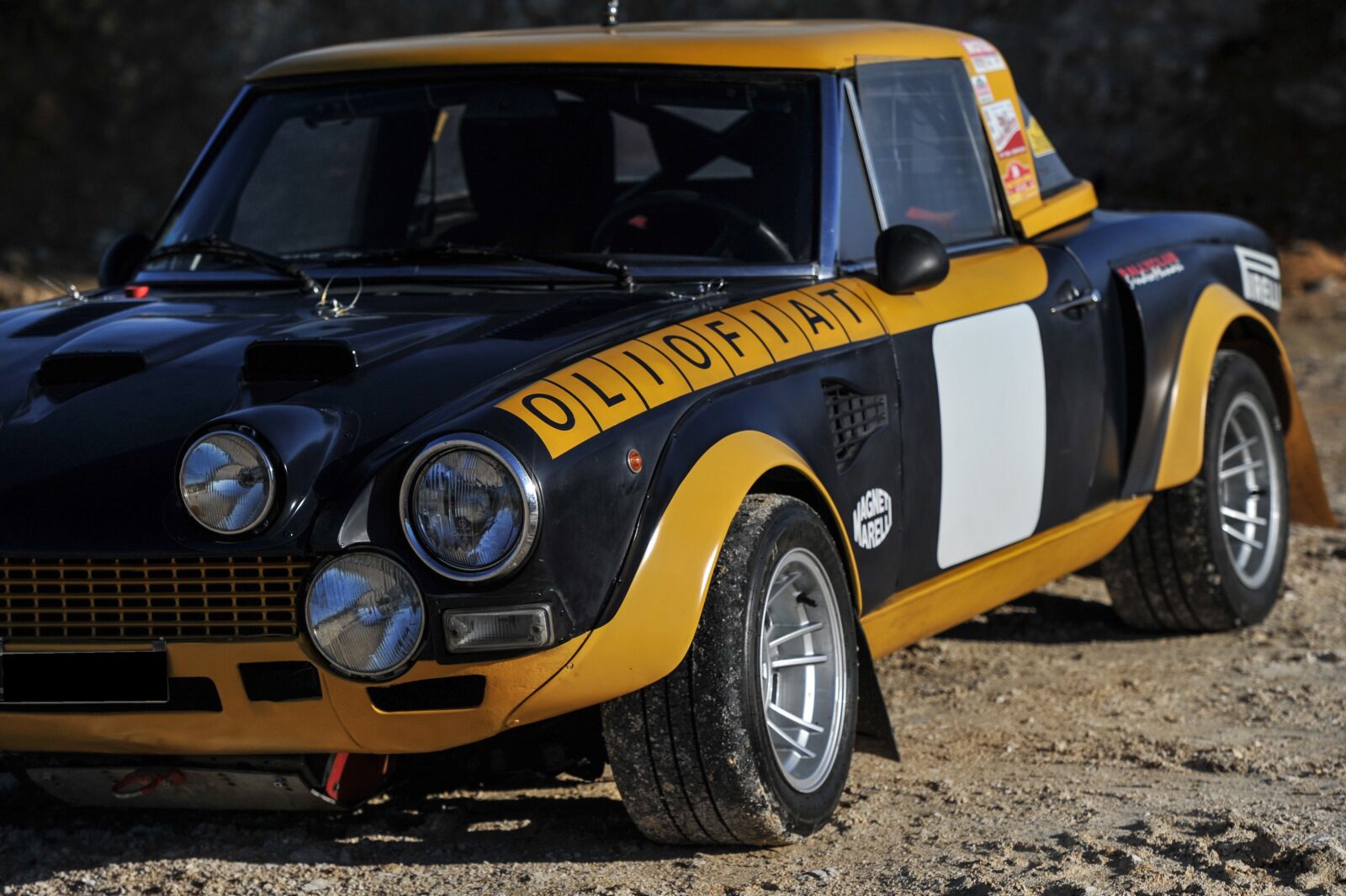 The Fiat Abarth 124 Rallye Spider was a comprehensively re-developed version of the famous little Italian roadster designed to race in the Group 4 division of the World Rally Championship.

Abarth is an Italian tuning house known for sometimes outlandish cars, built with an almost Machiavellian eye for performance above all else. Fiat took over Abarth in 1971, integrating the company as the Fiat Group’s in-house racing department.

Management of all racing operations was under the experienced eye of former-Ferrari V12 engine designer Aurelio Lampredi, and one of his first tasks was developing the racing version of the 124 Sport Spider – the Fiat Abarth 124 Rallye.

The Pininfarina styled 124 Sport Spider was penned by American automobile designer Tom Tjaarda, one of the most prolific car designers of the 20th century, with 80+ vehicles to his name.

Fiat intended their new roadster to be a direct competitor for the popular British MGB, a car that was selling well on both sides of the Atlantic, and that would go on to have almost 500,000 units built by the time production ceased.

Tjaarda designed the two-seat roadster on a shortened version of the platform used by the Fiat 124 sedan to reduce production and development costs. The 124 used a steel unibody design with unequal length wishbone front suspension, and a coil sprung live axle rear.

The 124 Sport Spider proved to to be a significant success for Fiat, over 200,000 units were sold worldwide. The Italian automaker brought the model designation back in 2016 with the Fiat 124 Spider, based on the Mazda Miata platform, with a unique Fiat-designed body and a turbocharged Fiat Multiair engine. 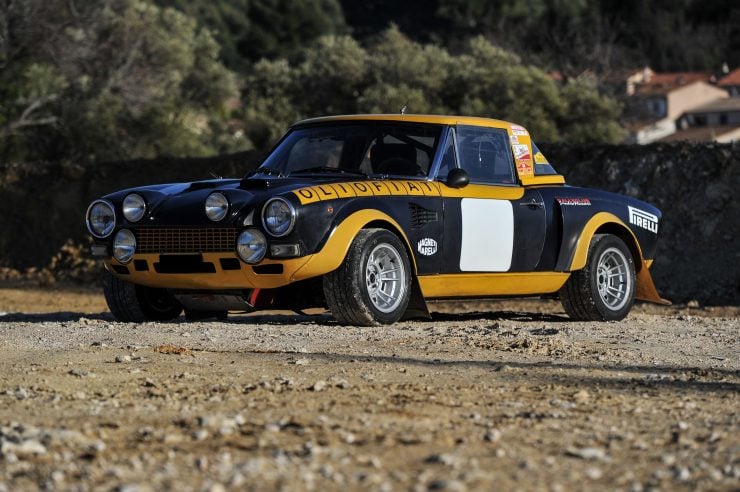 When the Lampredi-led team at Abarth set about developing a homologation rally version of the 125 Sport Spider they did a lot more than jack up the suspension and slap stickers on fenders.

The prototype was stripped back to its bare shell and a number of steel panels were replaced with fiberglass to save weight. A roll bar was fitted in the passenger compartment and a new rigid hardtop was fitted to further improve rigidity and help with aerodynamics at speed.

The rear axle was removed and replaced with an independent suspension arrangement with lower wishbones, trailing arms, an upper strut, and an anti-roll bar. A limited-slip differential was used for better acceleration, particularly on loose surfaces, and wider alloy wheels were fitted front and back under new flared wheel arches.

The original seats were deleted and a new pair of competition seats were fitted, along with a revised dashboard, and an Abarth steering wheel. The centre console, rear occasional seats, and glovebox lid were also removed for weight savings, and the rear window was replaced with a Perspex unit.

The stand-out feature of the new Fiat rally car was its Abarth-tuned 1736cc twin-cam engine producing 128 bhp in road trim, with 170+ bhp available in rally trim. The power increase was largely thanks to double vertical twin-choke Weber 44 IDF carburetors and a new higher-performance Abarth exhaust with a twin mufflers.

The car successfully achieved FIA homologation in the Group 4 (special grand touring cars) racing class, and it began competing in the the World Rally Championship in 1972.

In 1972 it took wins at the Hessen Rally (1st and 2nd), and the Acropolis Rally (1st, 4th, 7th), and in 1973 it won the Polish Rally. In 1975 Maurizio Verini took five victories to win the European Rally Championship at the wheel of the final 16-valve version – forever securing the model in the annals of Abarth history. 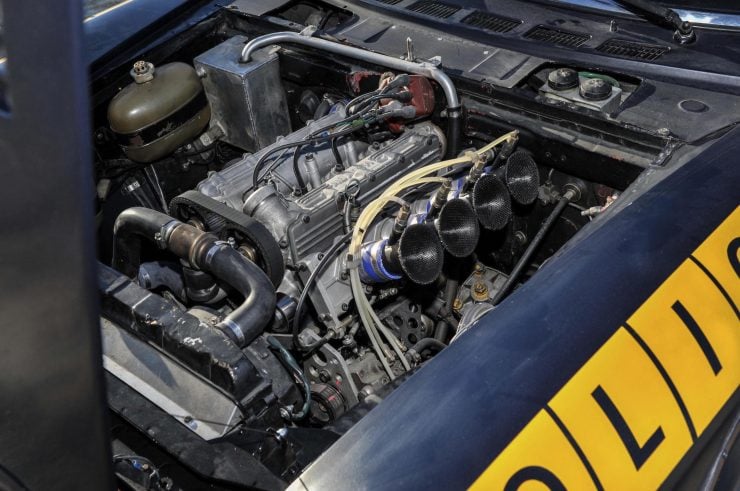 This Abarth 124 Spider is one of just seven Olio Fiat works cars, it has in-period competition history, and according to Abarth it’s the best of the surviving Group 4 cars due to its originality, condition, and the fact that it still has all of its rare Abarth works parts fitted.

These seven works cars were the only examples to be fitted with the 16-valve version of the 1.8 litre engine, known as the “Testa Streta” or “Narrow Head”. These engines are capable of almost 200 bhp thanks to their Kugelfischer fuel injection system, a power figure made all the more impressive when you remember the kerb weight is just 863 kilograms (1902.59 lbs).

This car was one of the three sold to private entrants, it competed in the Italian and European Championships driven by Cuniolo/Poletti. It finished 7th overall at the Quattro Regioni Rallye in 1977 with Cuniolo/Poletti at the helm, and in the years after this it passed through the hans of a number of other Italian drivers.

Importantly the car was always maintained by an Abarth Classiche professional team, and it has Abarth Classiche certification. Its due to roll across the auction block with Bonhams on the 8th of February at Les Grandes Marques du Monde au Grand Palais. If you’d like to read more or register to bid you can click here to visit the listing. 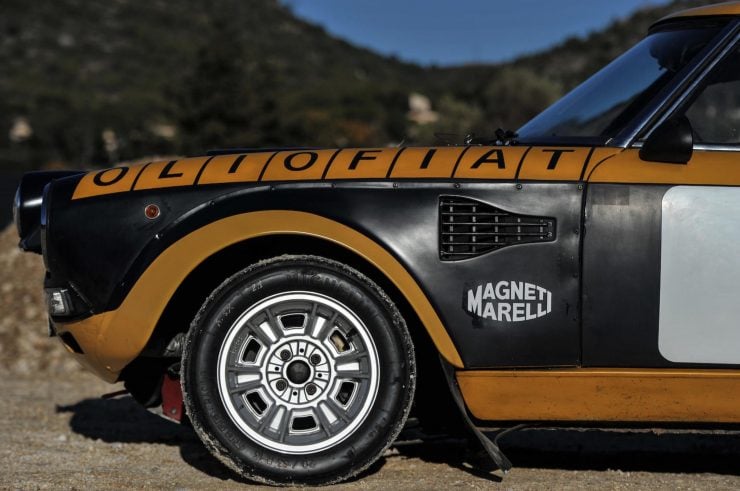 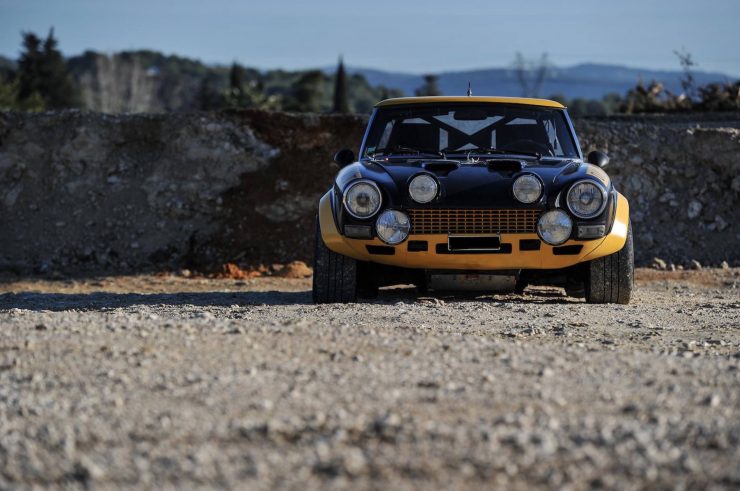 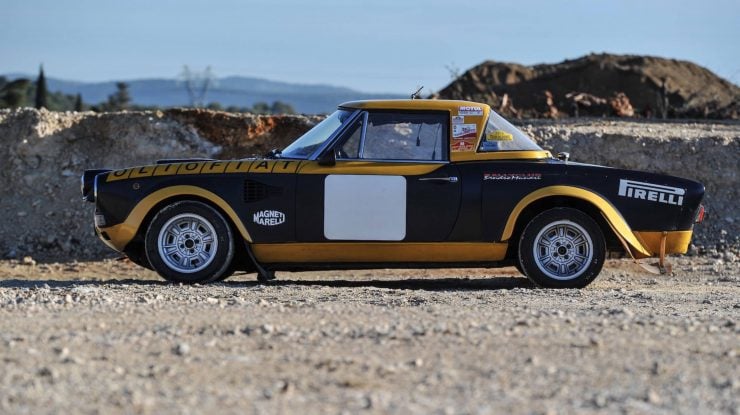 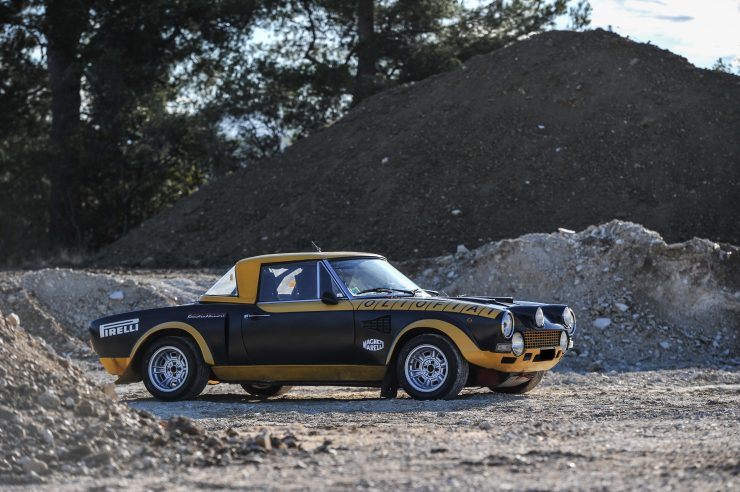 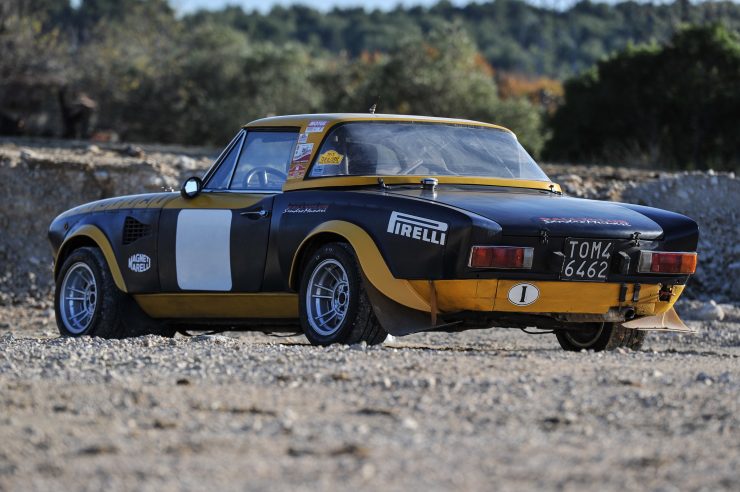 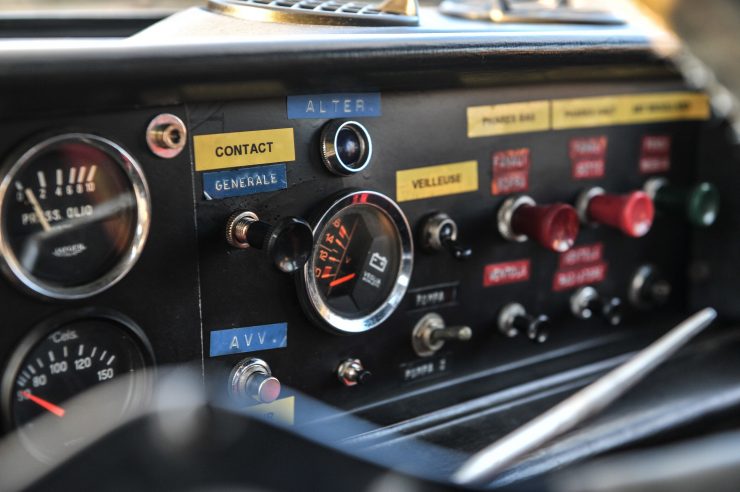 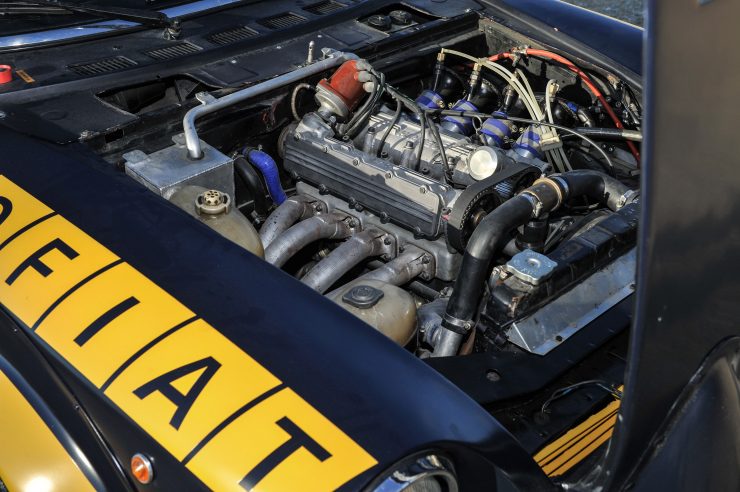 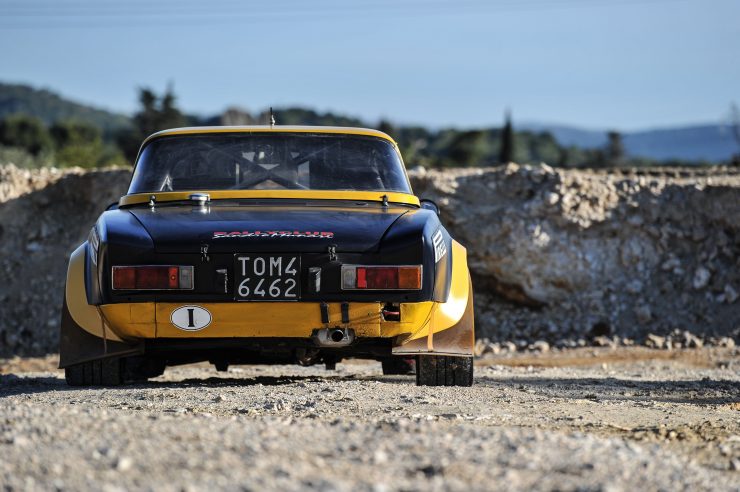 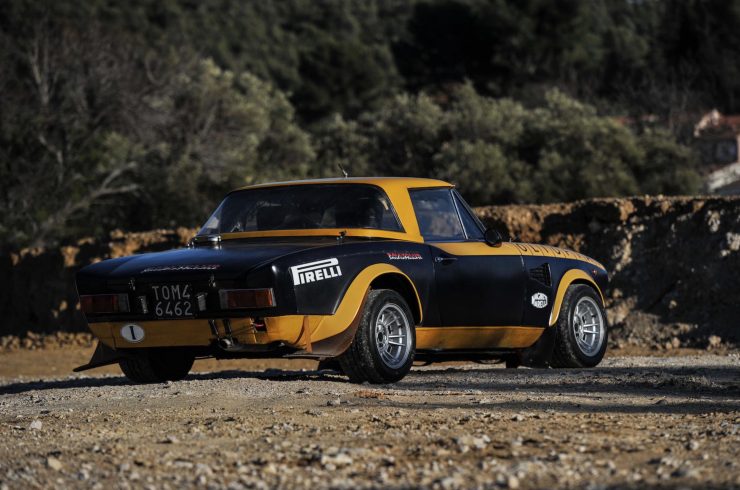 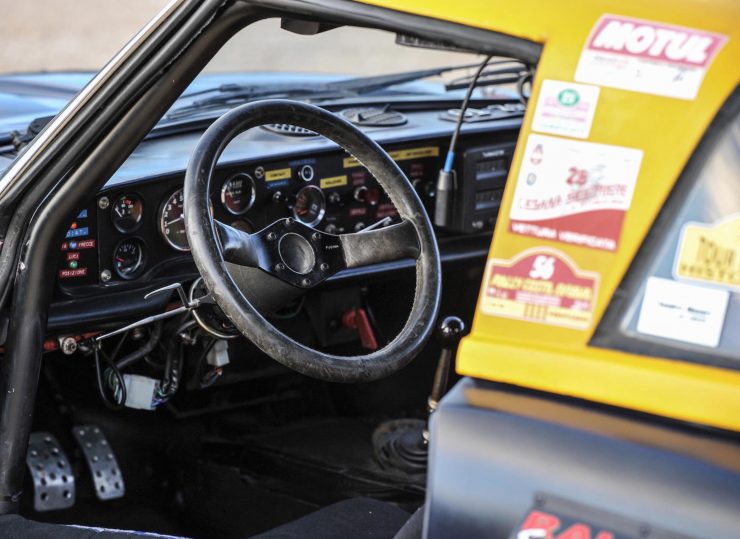 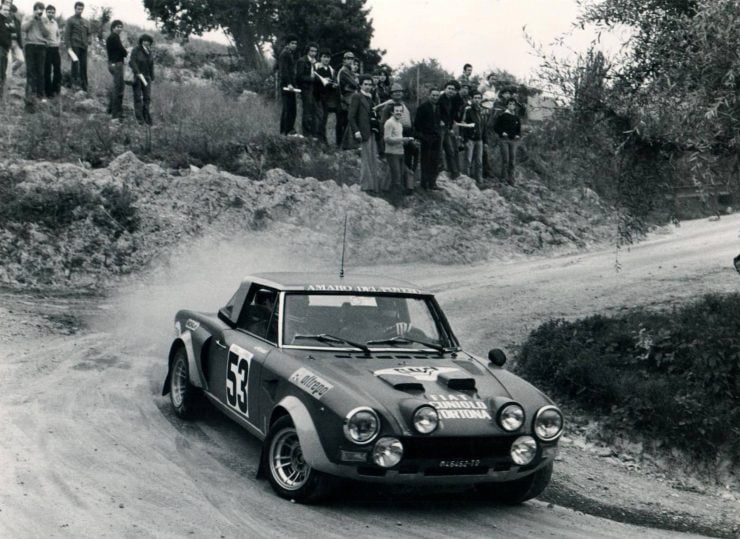 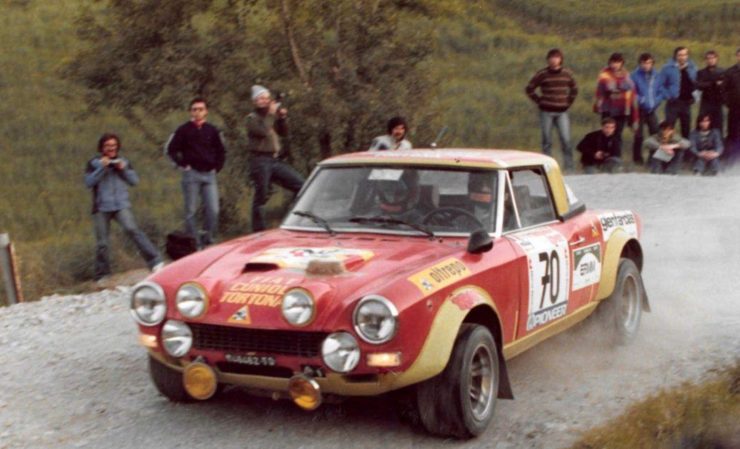 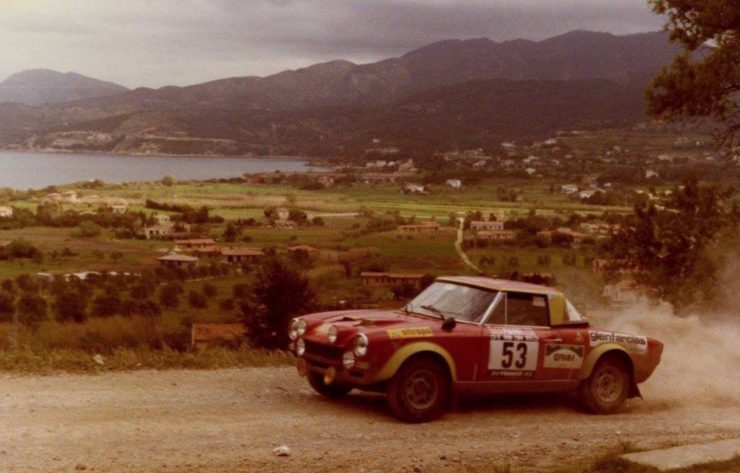 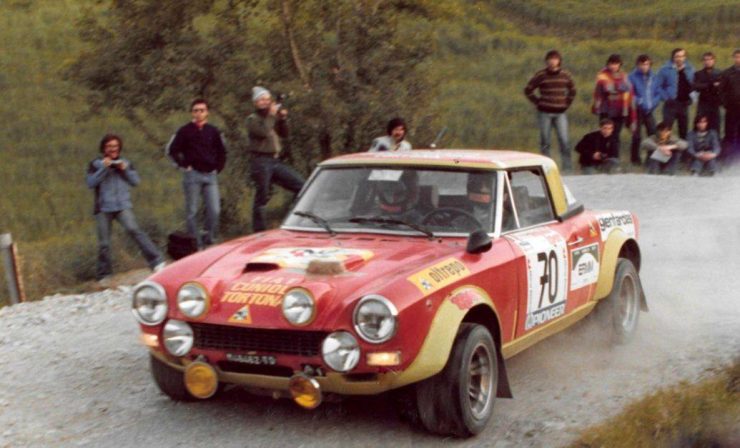 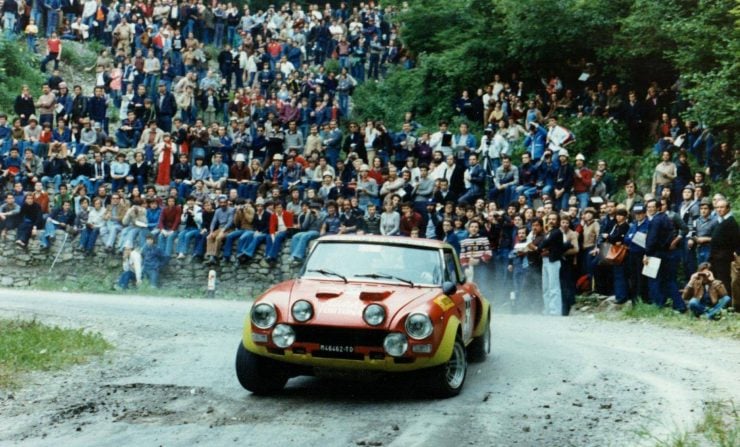 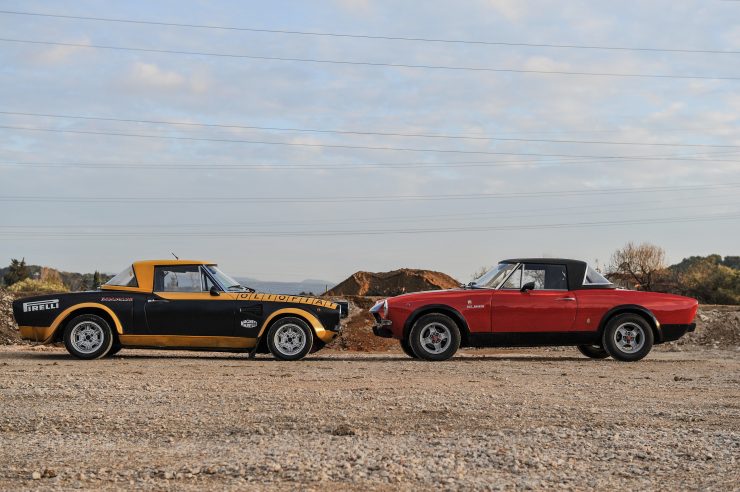 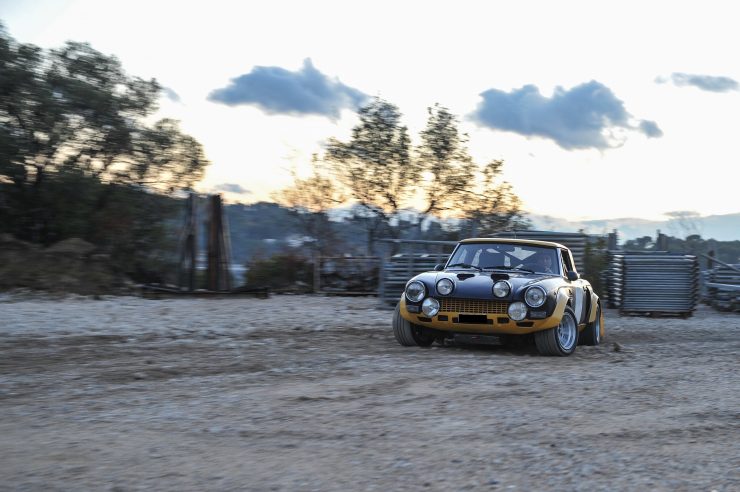