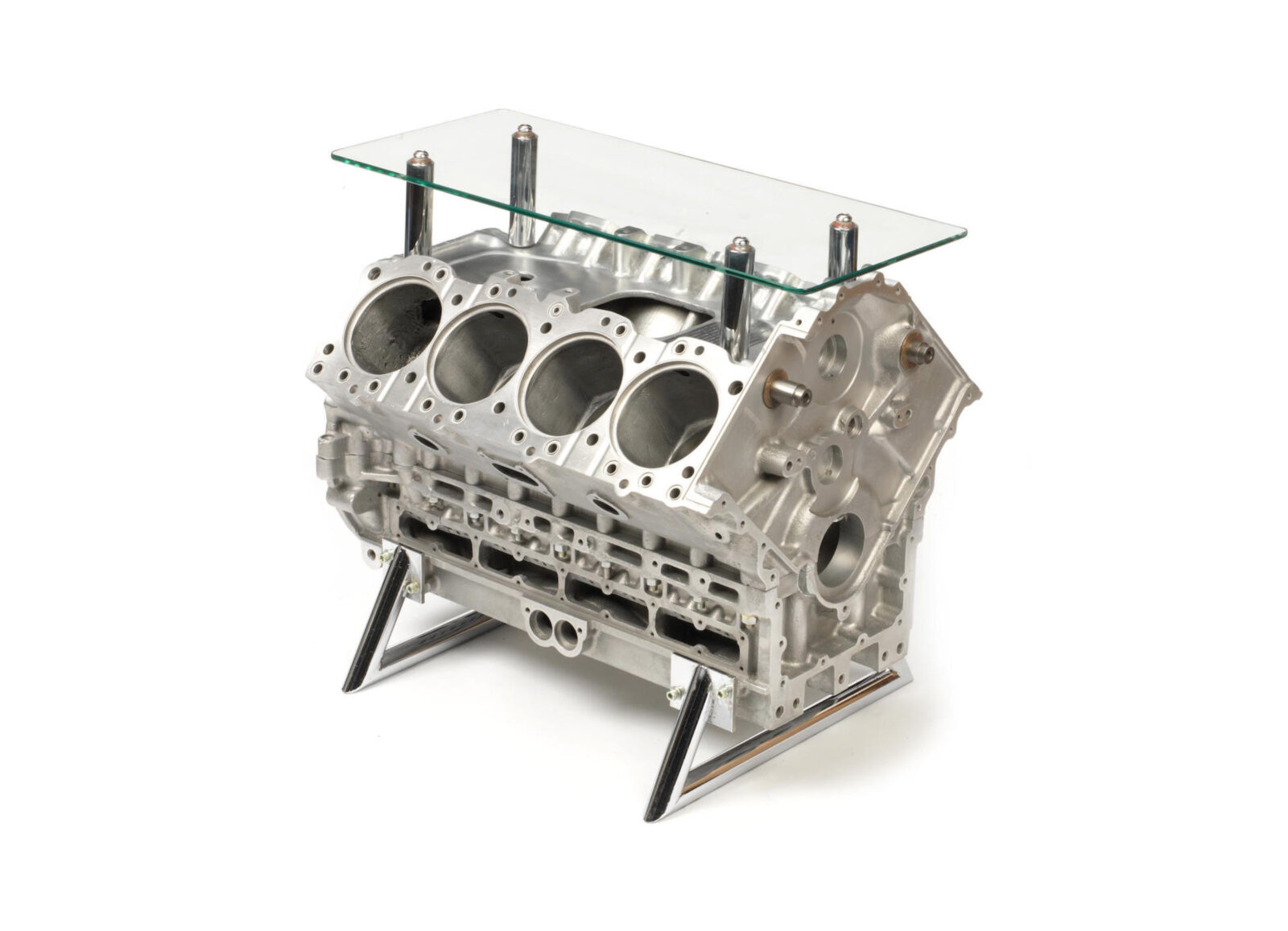 When the McLaren Racing Formula 1 Team blew this engine during a test session in the mid-70s there are few who would have believed it would be offered for sale in Paris over 40 years later as a €1,500+ coffee table and wine rack.

Before its explosive demise, the Ford DFV 919 V8 F1 engine was used by Mike Hailwood in the 1974 Belgian Grand Prix (in the back of his McLaren M23) where he finished 7th and by Emerson Fittipaldi, who drove it to a win in the 1974 Canadian Grand Prix at Mosport Park driving – making him World Champion.

In order to convert the blown block into a coffee table and wine rack, a series of four chromed pillars were installed with a piece of rectangular glass on top. There’s also a pair of chromed legs, and a plaque that explains what the engine is, and gives the details of its race history.

Although the original engineers will never have considered it, the bore of the cylinders is ideal for holding wine and champagne bottles, or whiskey bottles if that’s more your thing. If you take a close look at the cylinder on the far left side, you’ll see the damage that was done when the engine grenaded itself on track. 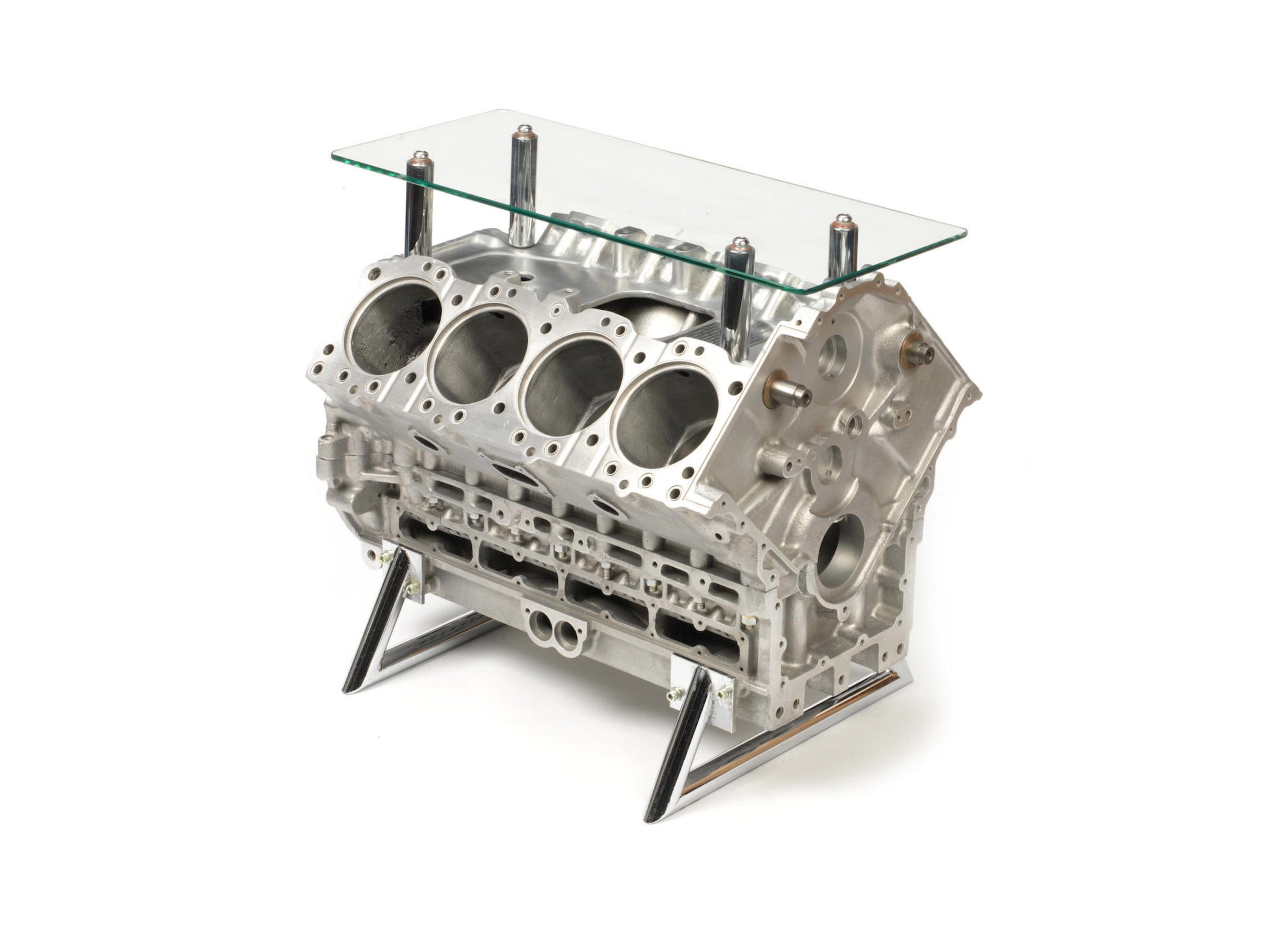