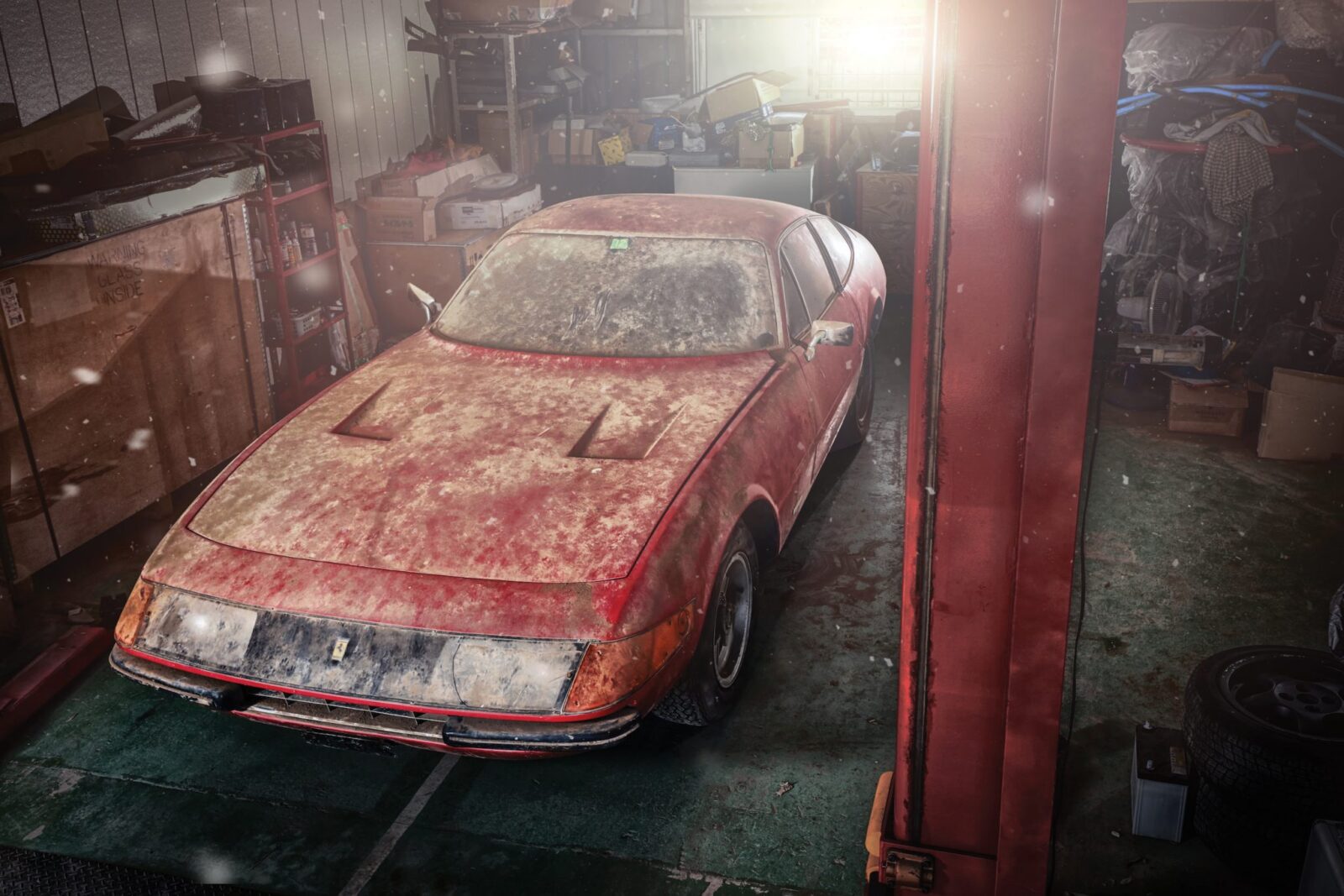 Only one alloy-bodied road-going Ferrari 365 GTB/4 Daytona was ever built, and for decades its whereabouts were largely unknown. Very few Ferrari historians even knew the car had been built, and those who did know of it and it’s location kept it a closely hidden secret, in the hopes they could convince its Japanese owner to part with it. None were successful, until now.

In 1968 Ferrari unveiled their new car, the 365 GTB/4. It was a stark shift from the more rounded and flowing designs of its predecessors and thanks to a 1-2-3 finish at the 1967 24 Hours of Daytona by Ferrari, it was nicknamed the “Daytona” by the world’s motoring media. The nickname stuck even though Ferrari resisted it for decades.

Ferrari had built the 365 GTB/4 Daytona to take on the newly minted Lamborghini Miura, a car that had been released in 1966 and put the fear of God into Enzo Ferrari unlike any car before it. The Miura was Ferruccio Lamborghini showing that he could out-Ferrari Ferrari, and he had succeeded. 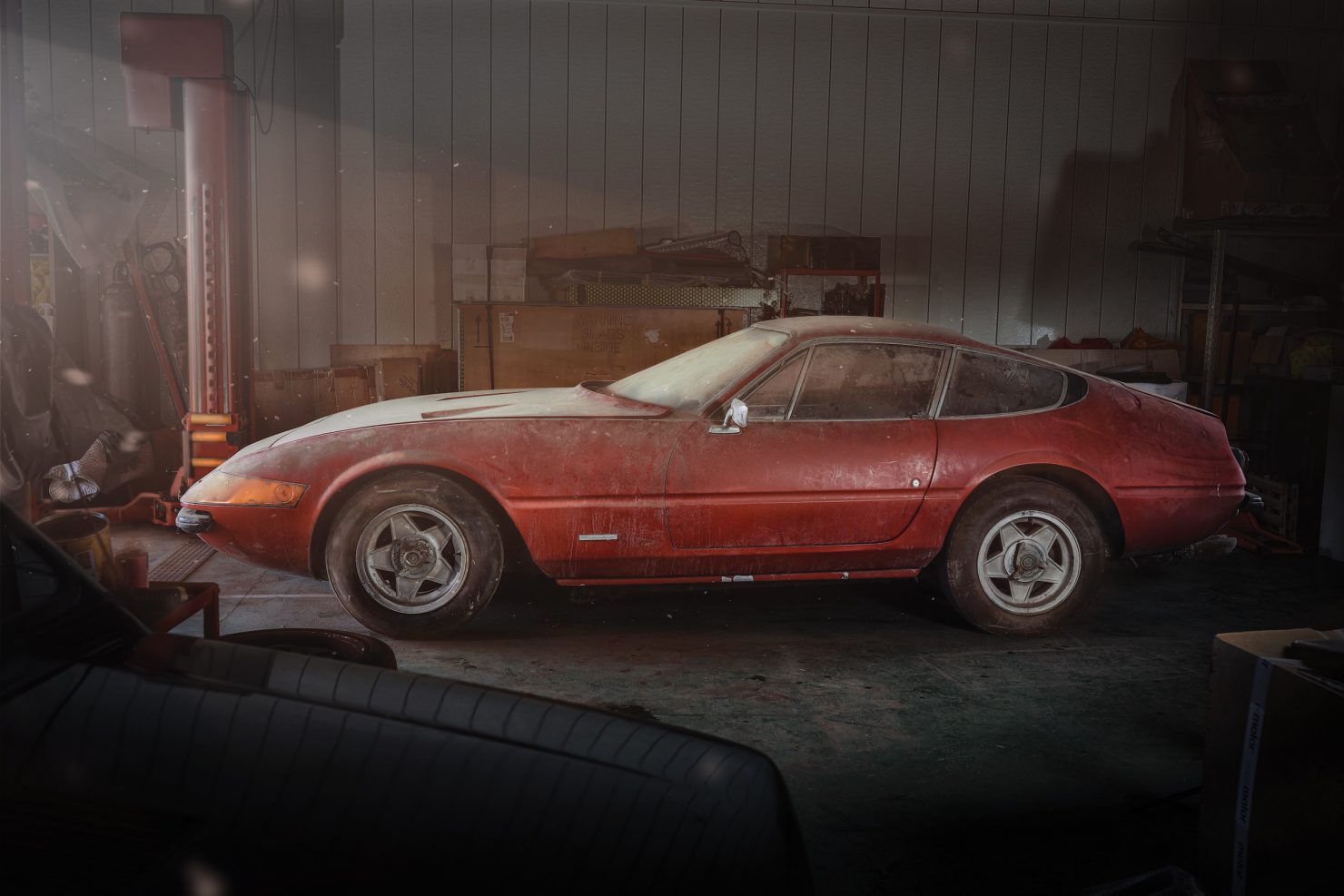 In order to balance the car a transaxle was used, the same basic layout that had been implemented in the outgoing Ferrari 275 GTB. For the unfamiliar, a transaxle is a combination gearbox and differential – it’s beneficial because it moves the weight of the gearbox to the back of the car, which helps to balance the weight of a large front-mounted engine and ensure optimal weight distribution. 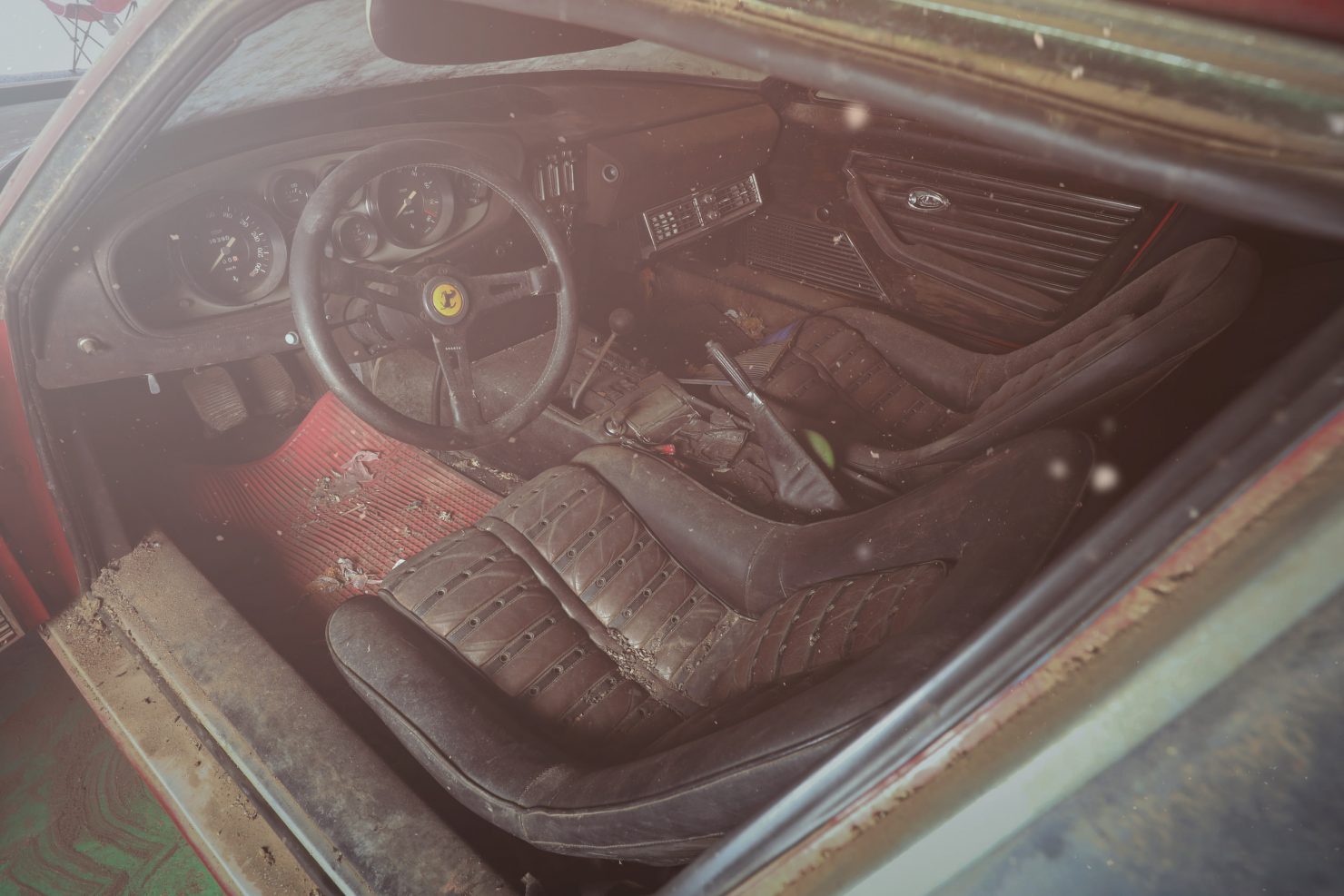 After spending the better part of 40 years in storage the car was inspected by marque expert Marcel Massini who confirms the car’s authenticity, and the matching numbers engine and transaxle that correspond to factory build records.

Over 1,200 Daytonas were built, but only six alloy-bodied examples were made. Five were lightweight Alloy competition cars, which dominated the 24 Hours of Daytona, and one was a “street version”, sold to Luciano Conti, the founder and publisher of Autosprint magazine, and a personal friend of Enzo Ferrari.

After passing through the hands of a small number of Italians the car was sold on to a Japanese dealership in 1971, it was featured in the January 1972 issue of Car Graphic, and in 1980 it passed into the ownership of Makoto Takai. Makoto kept the car in storage for almost 40 years, turning down several significant offers from Ferrari collectors to buy it.

The car is now being offered in untouched “barn find” condition with 36,390 kilometers on the odometer, it’ll roll across the auction block for the first time in its life on the 9th of September with an estimated value of between €1,400,000 and €1,700,000. If you’d like to read more about it or register to bid you can click here to visit RM Sotheby’s. 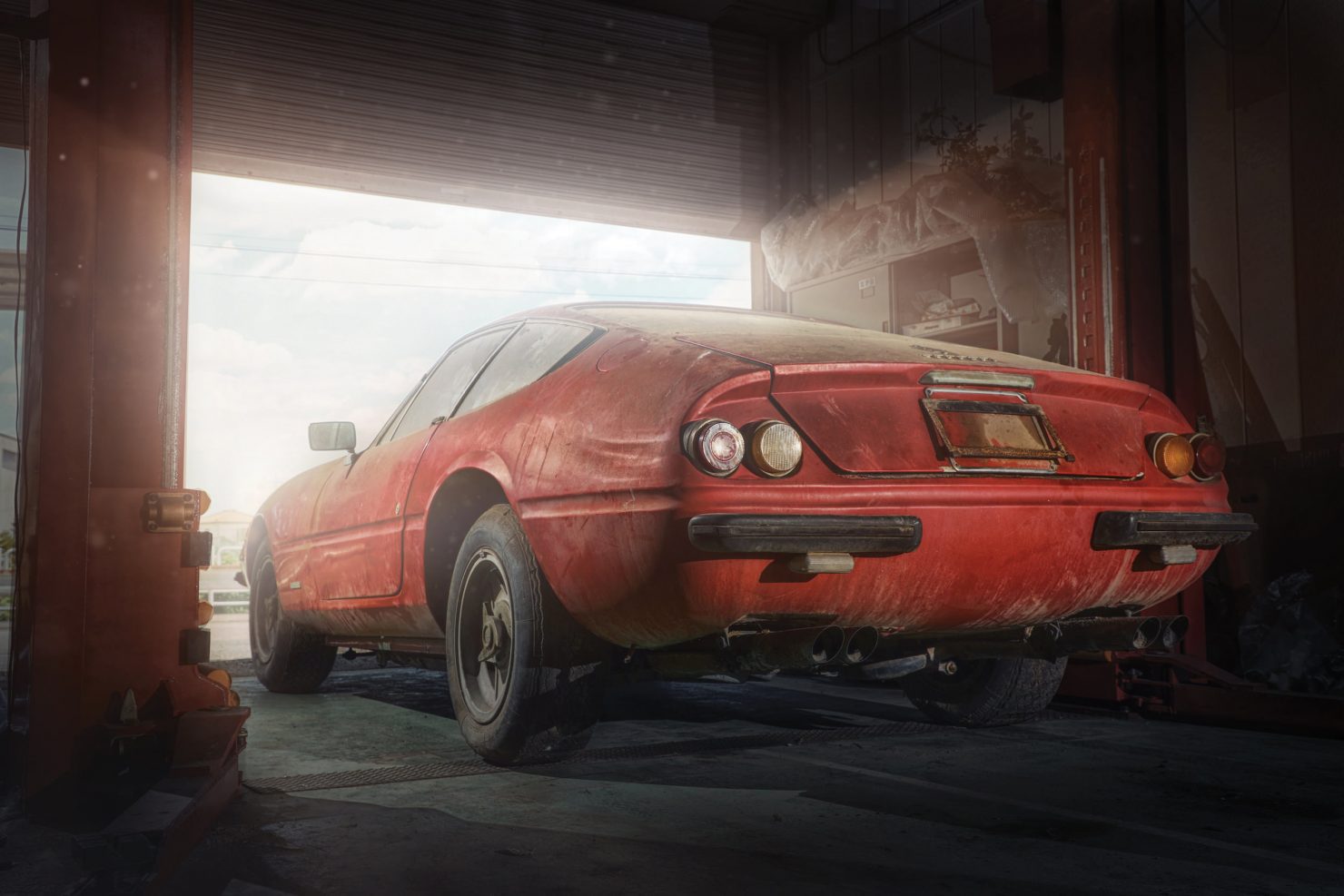 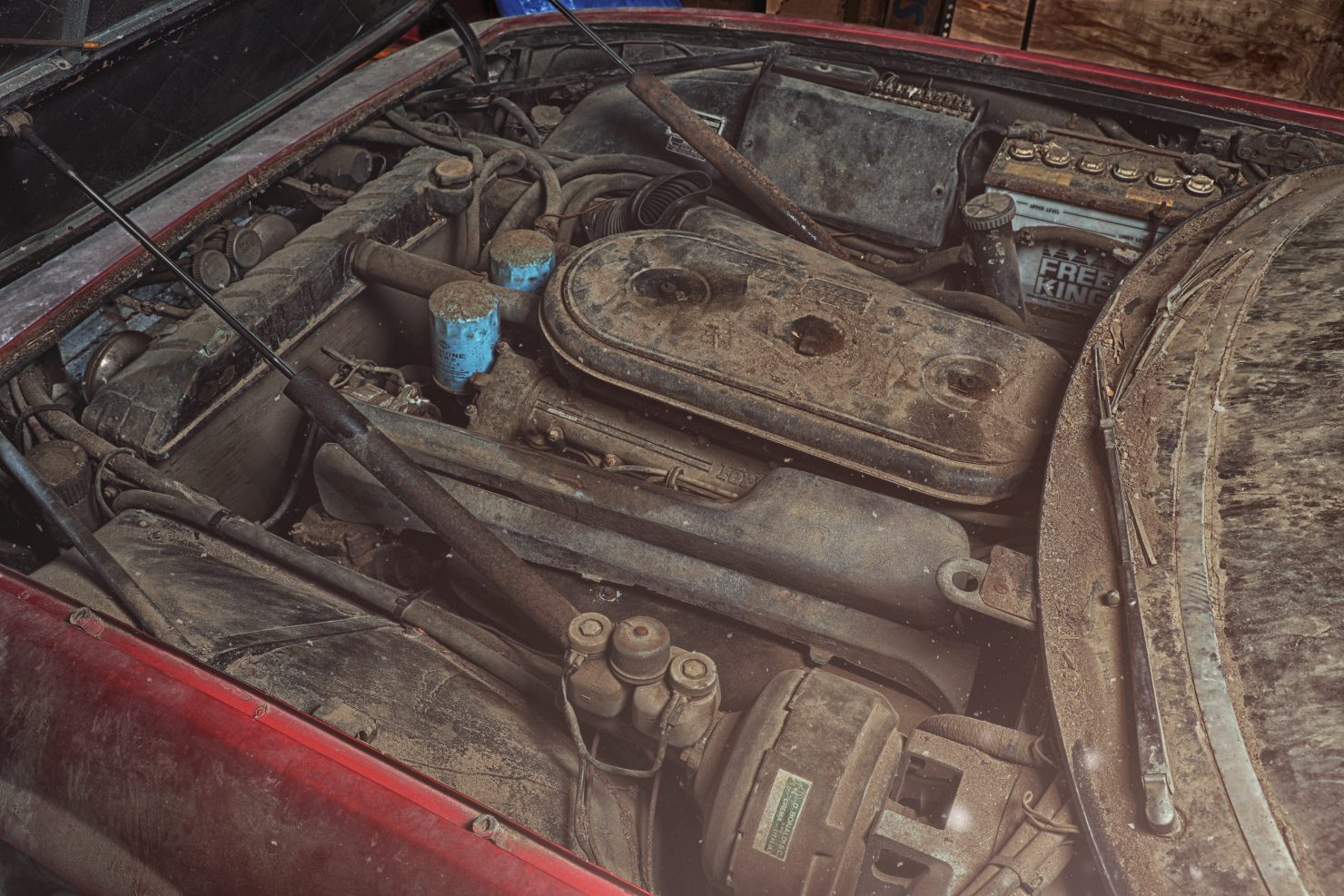 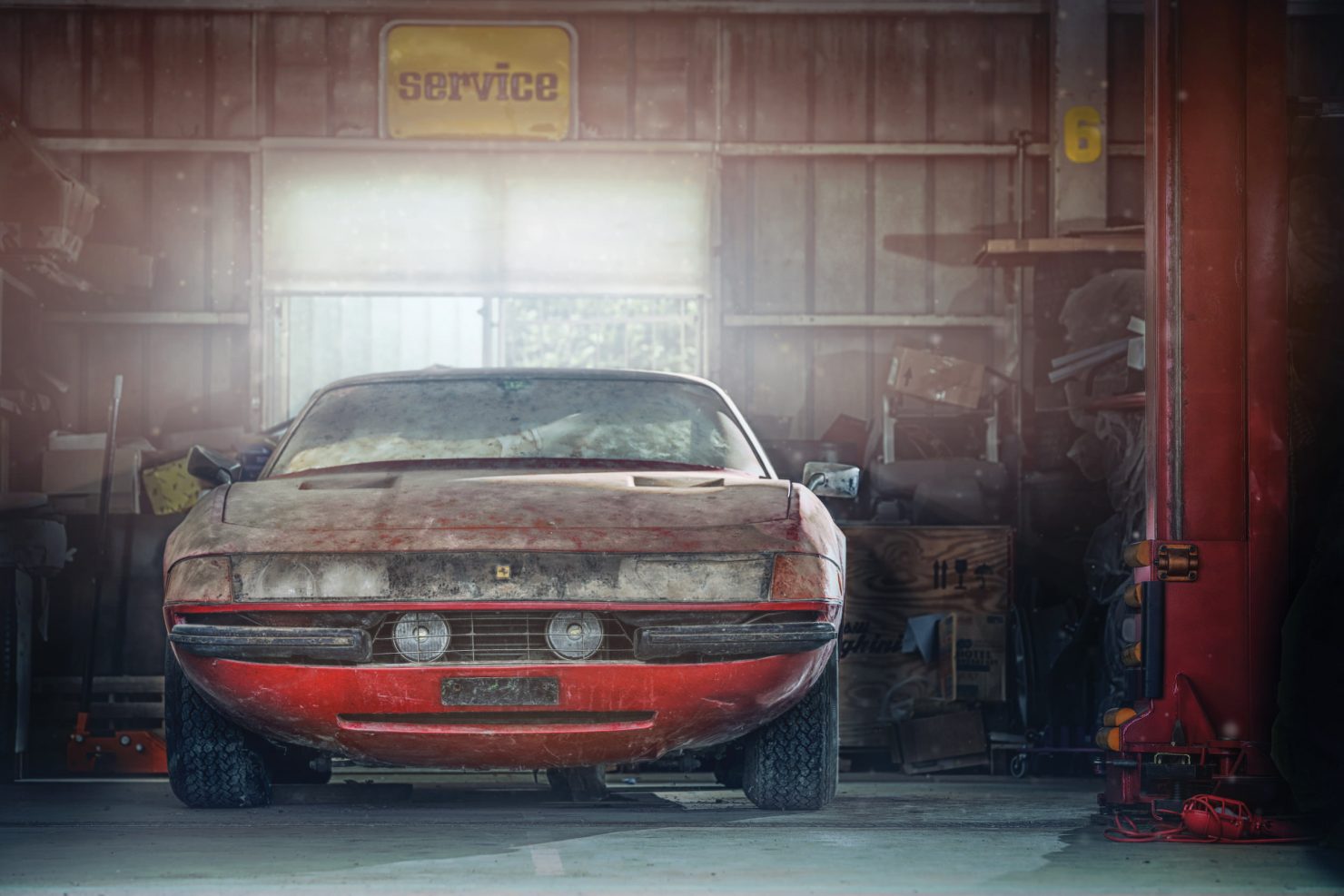 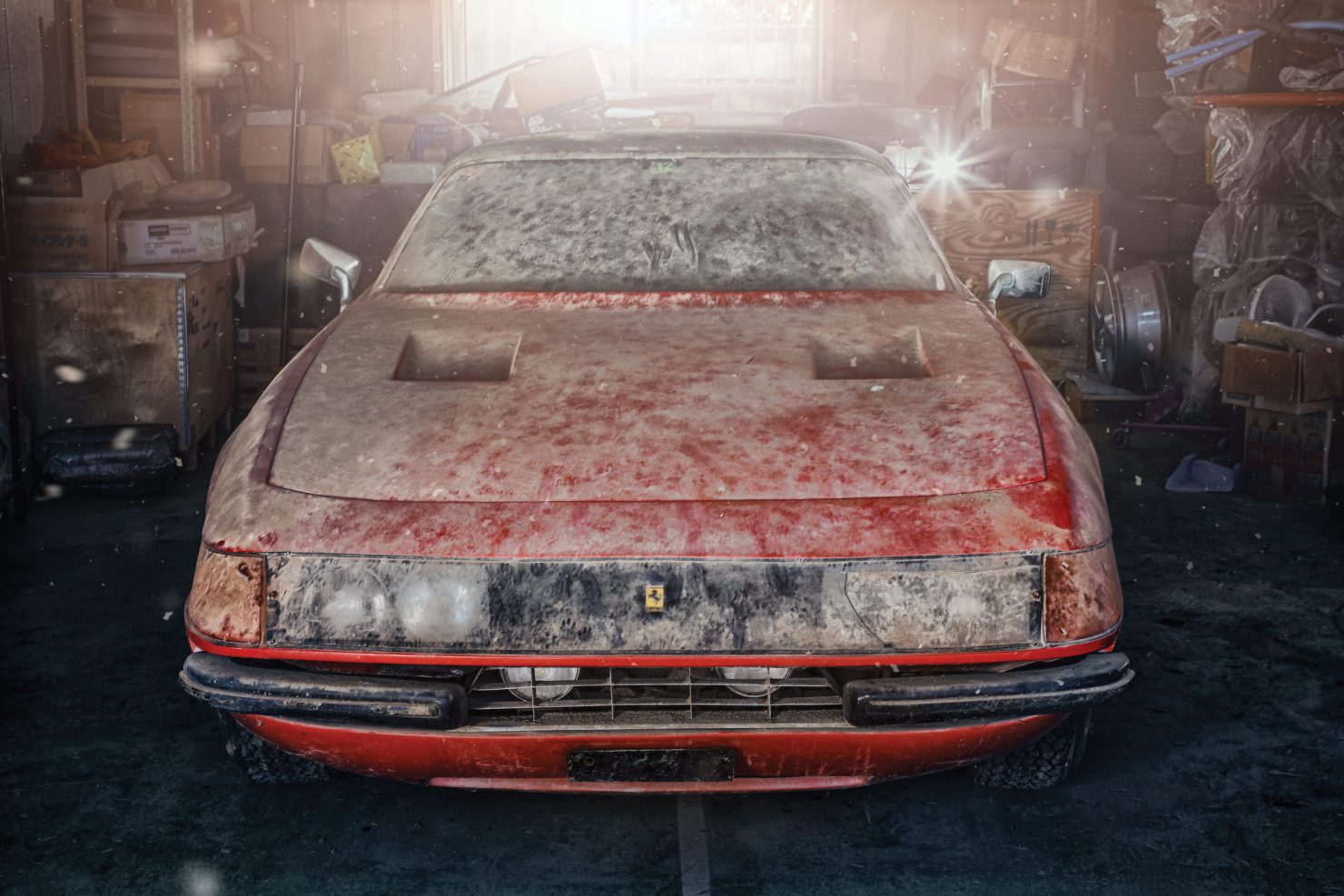 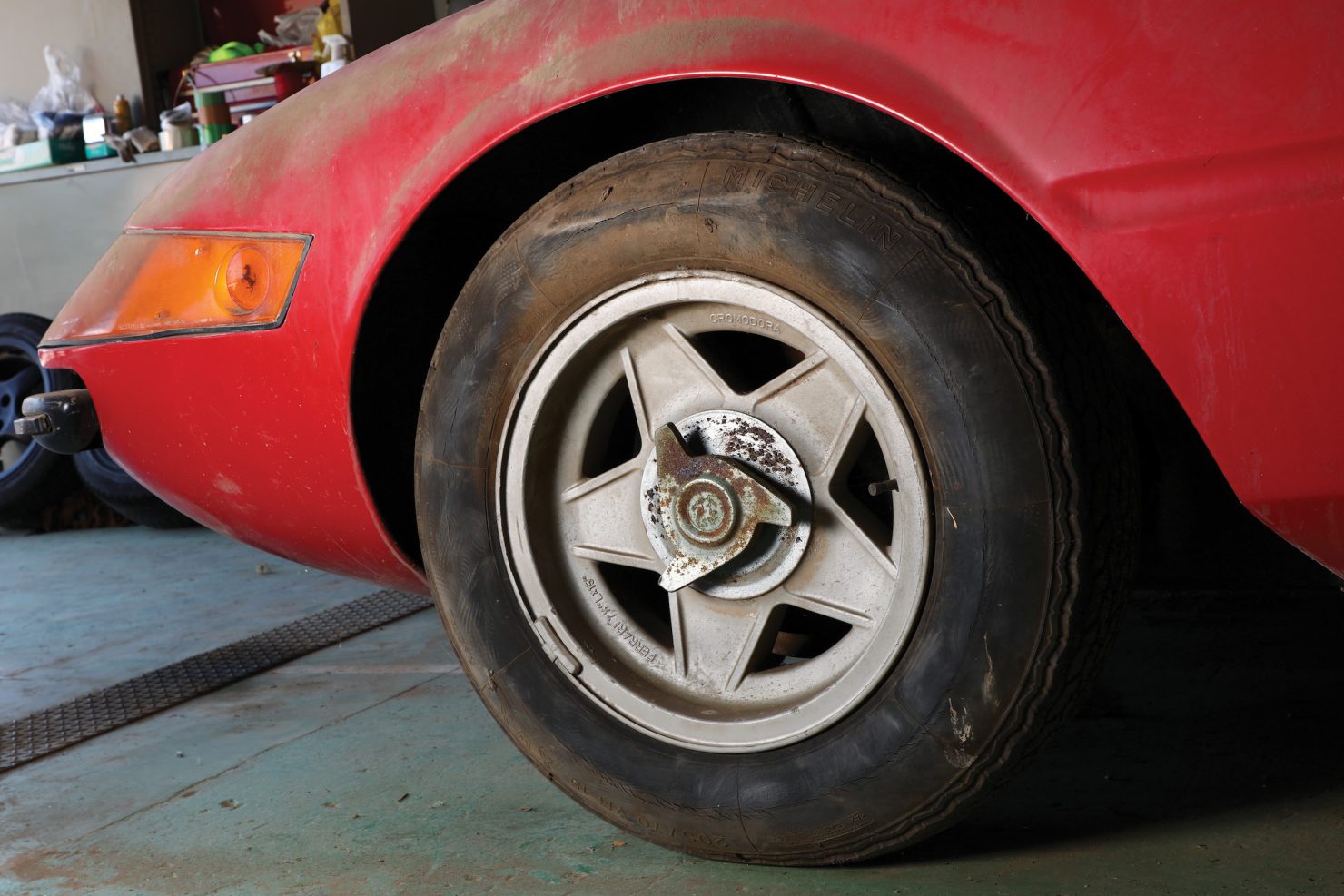 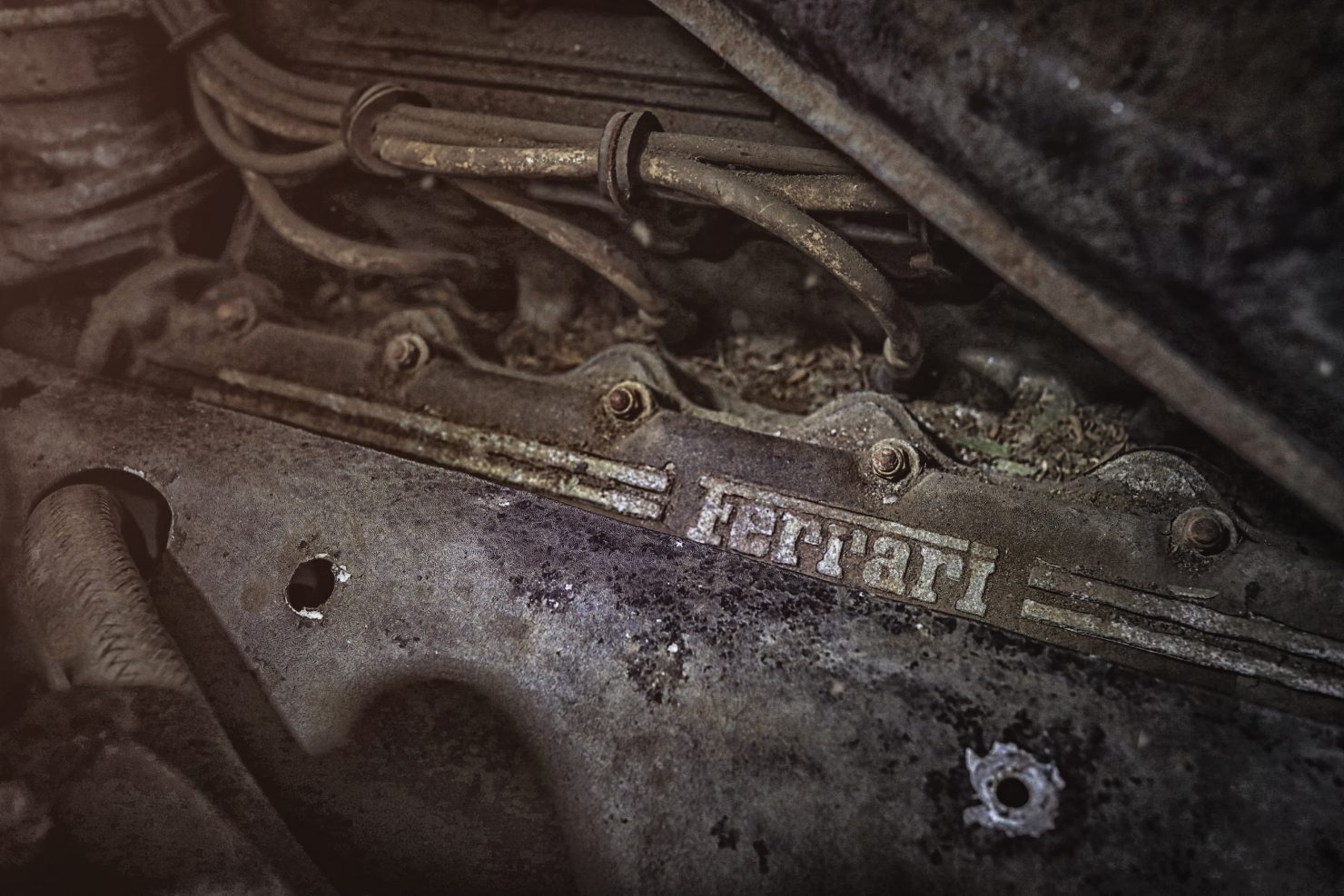 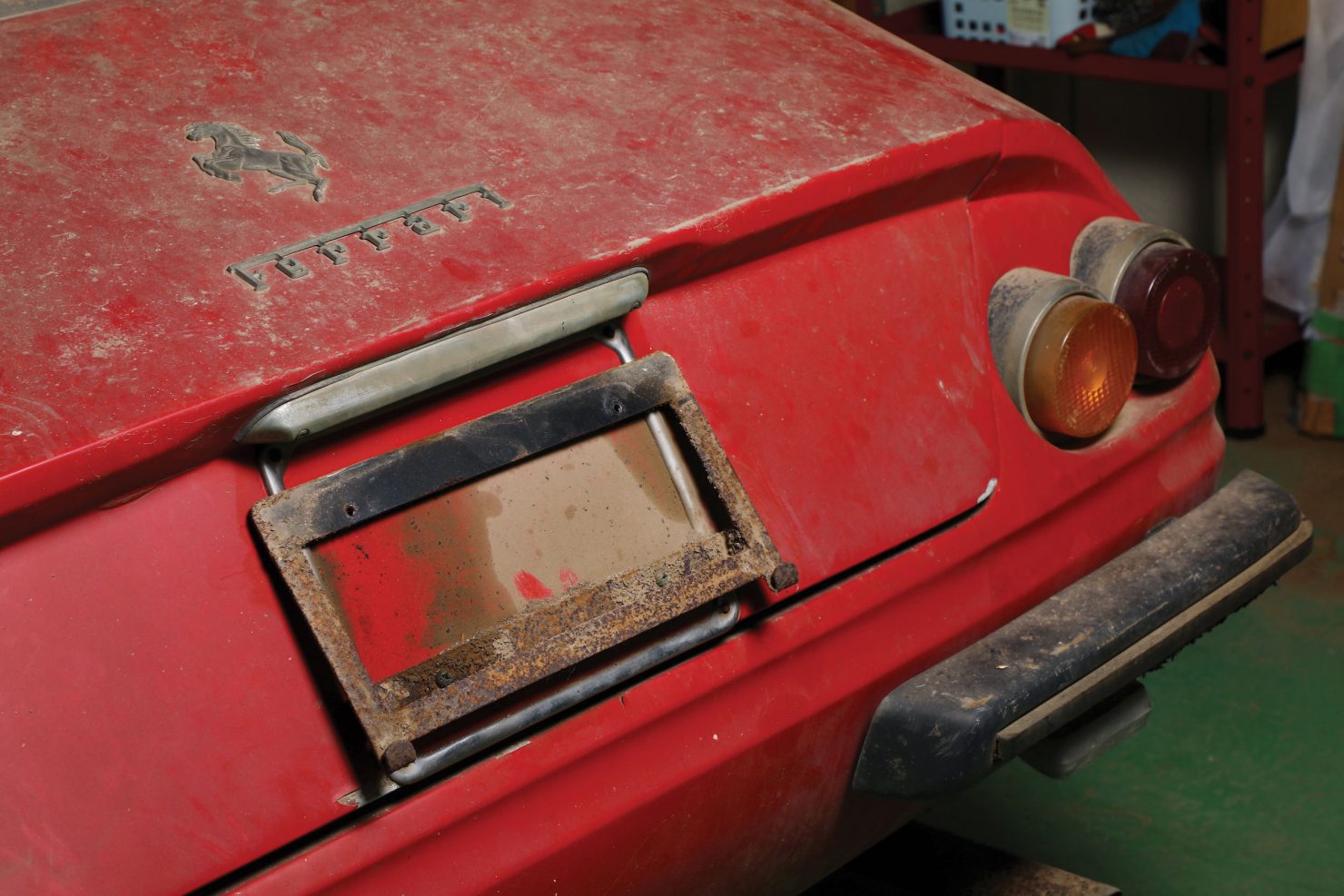 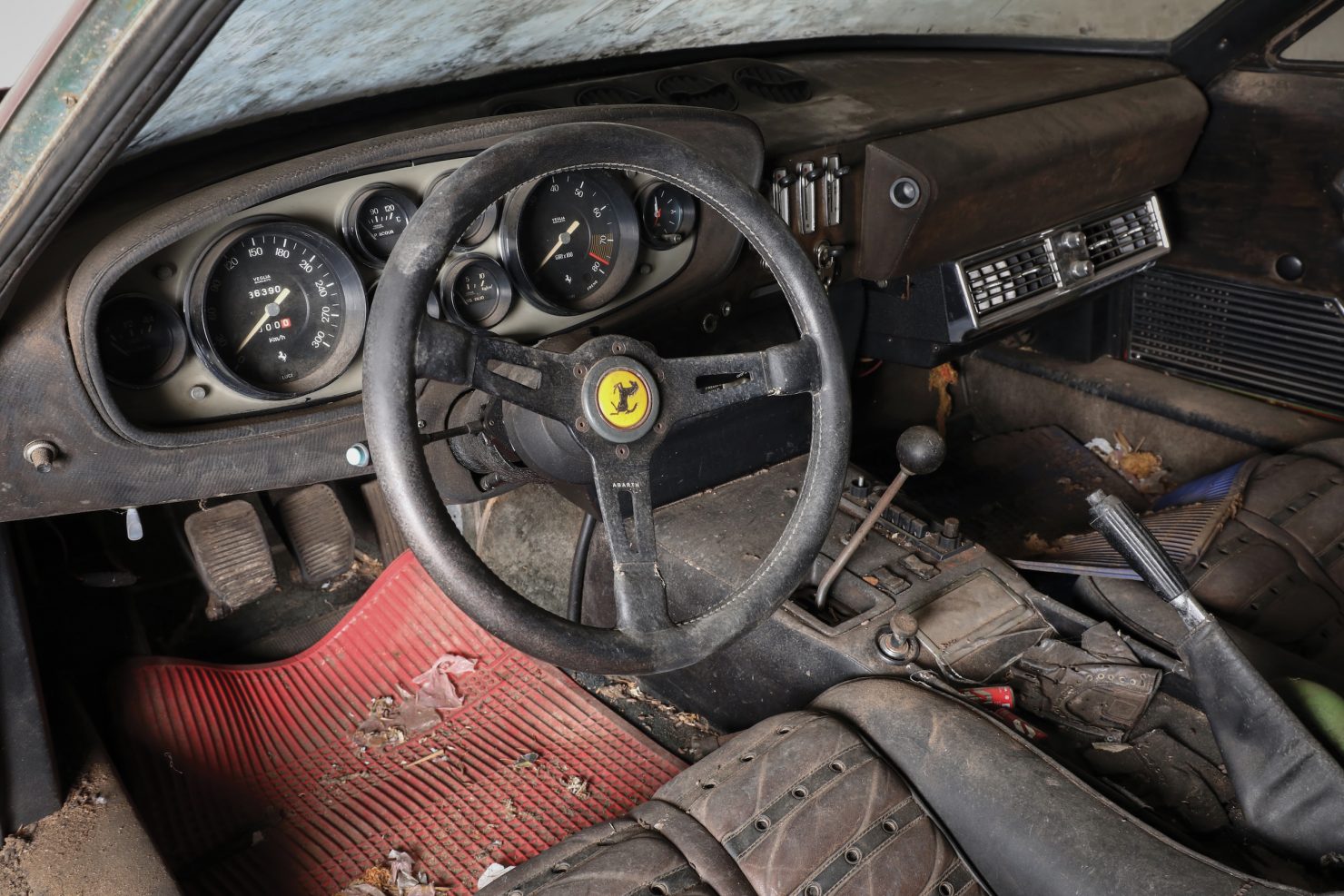 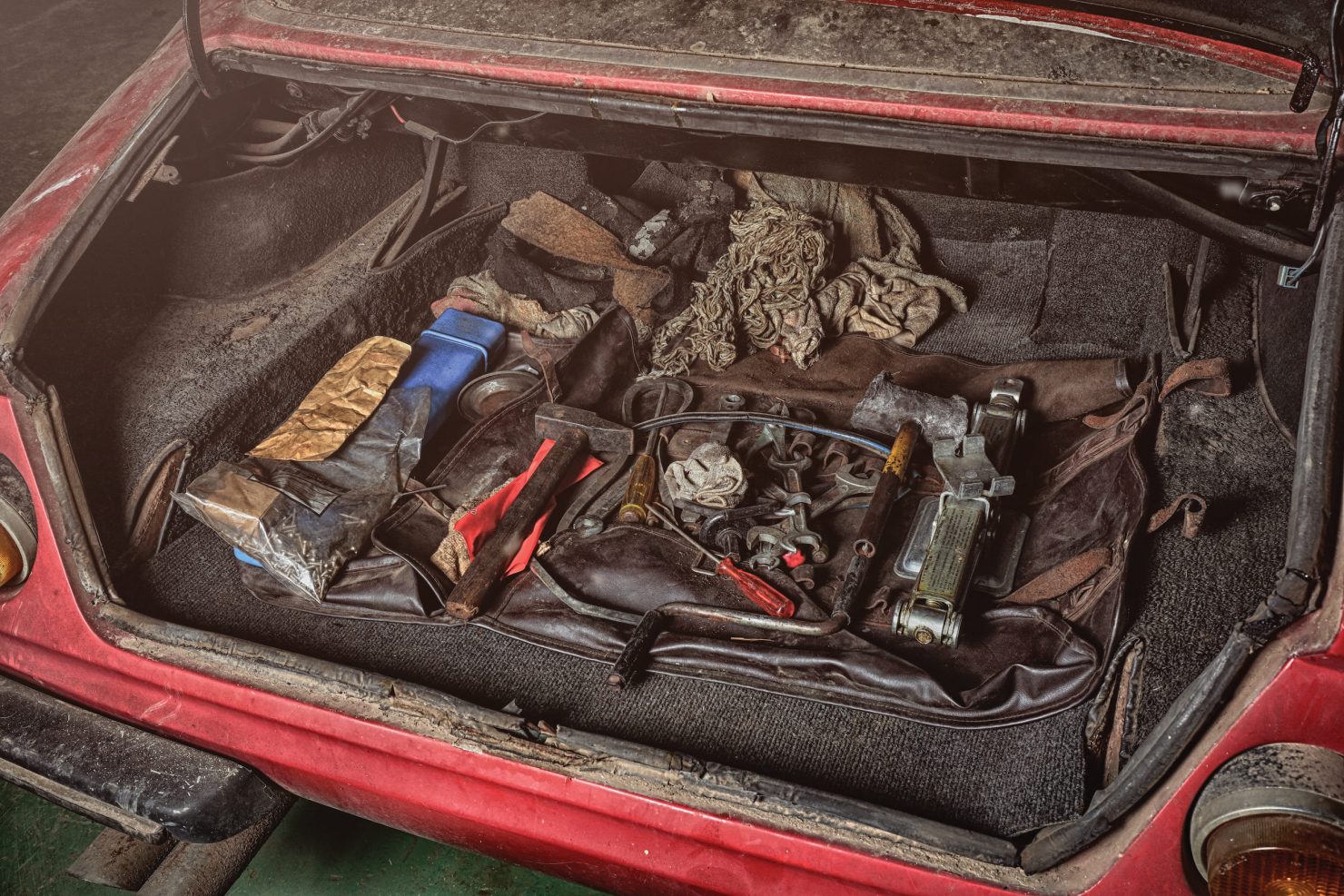 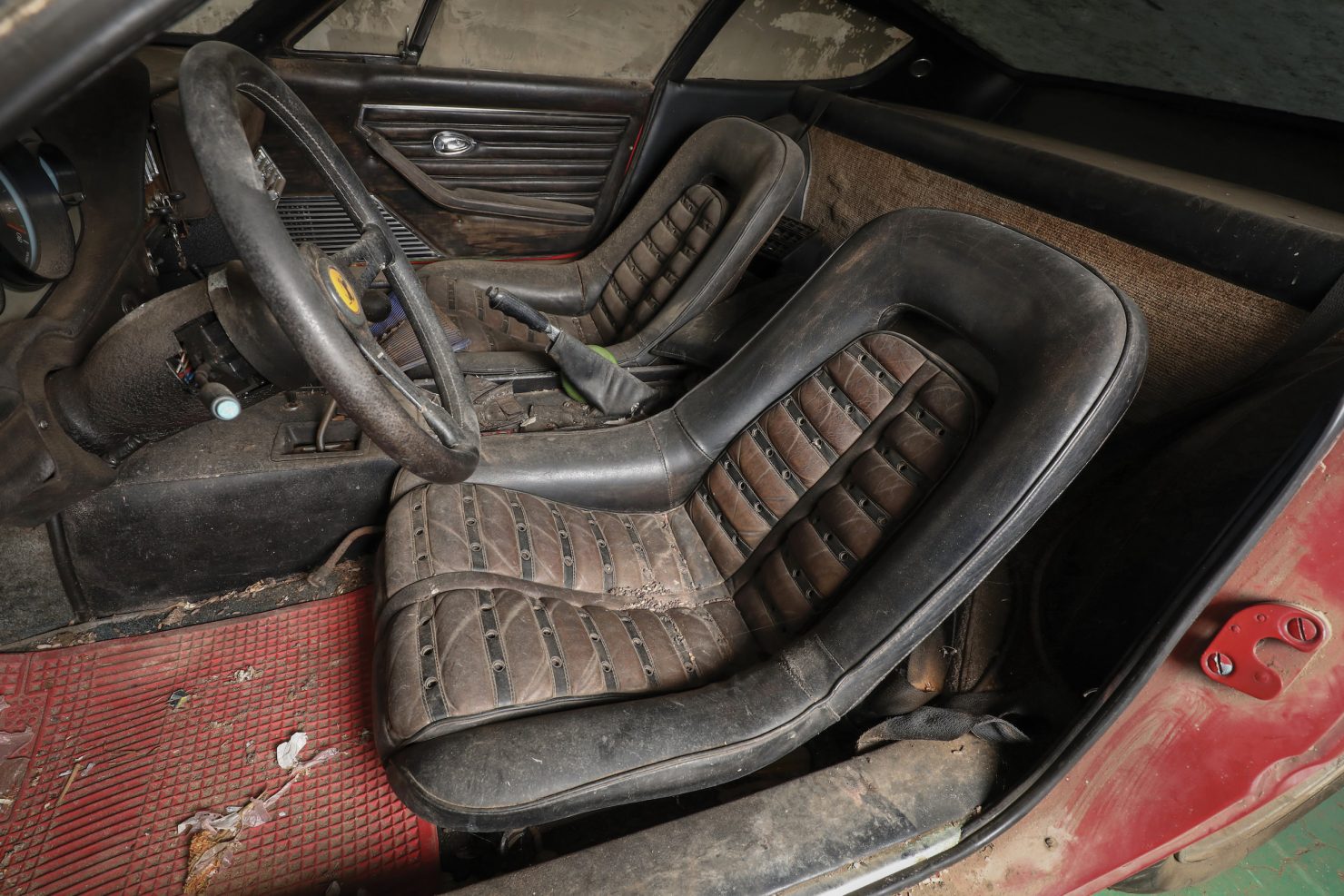 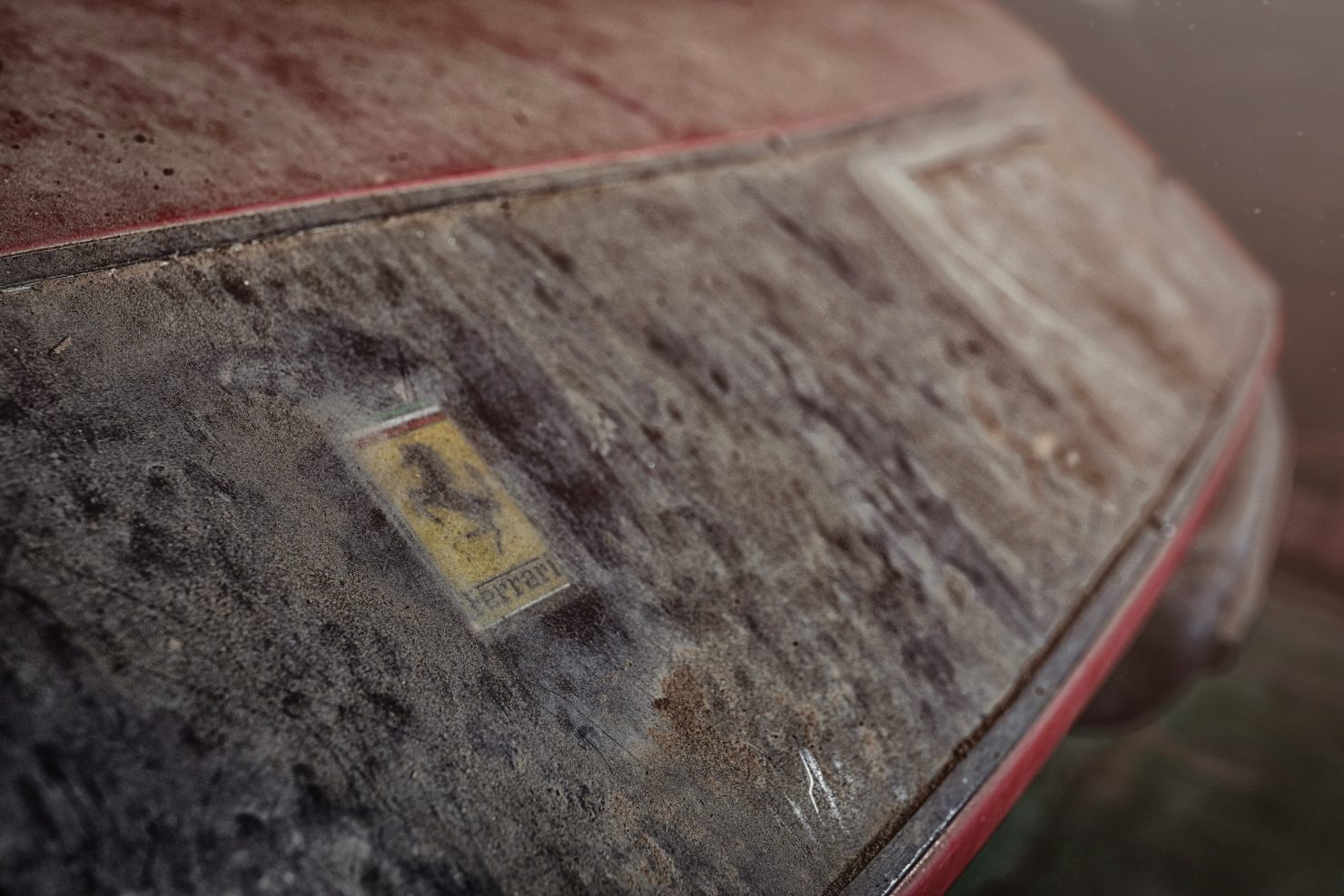 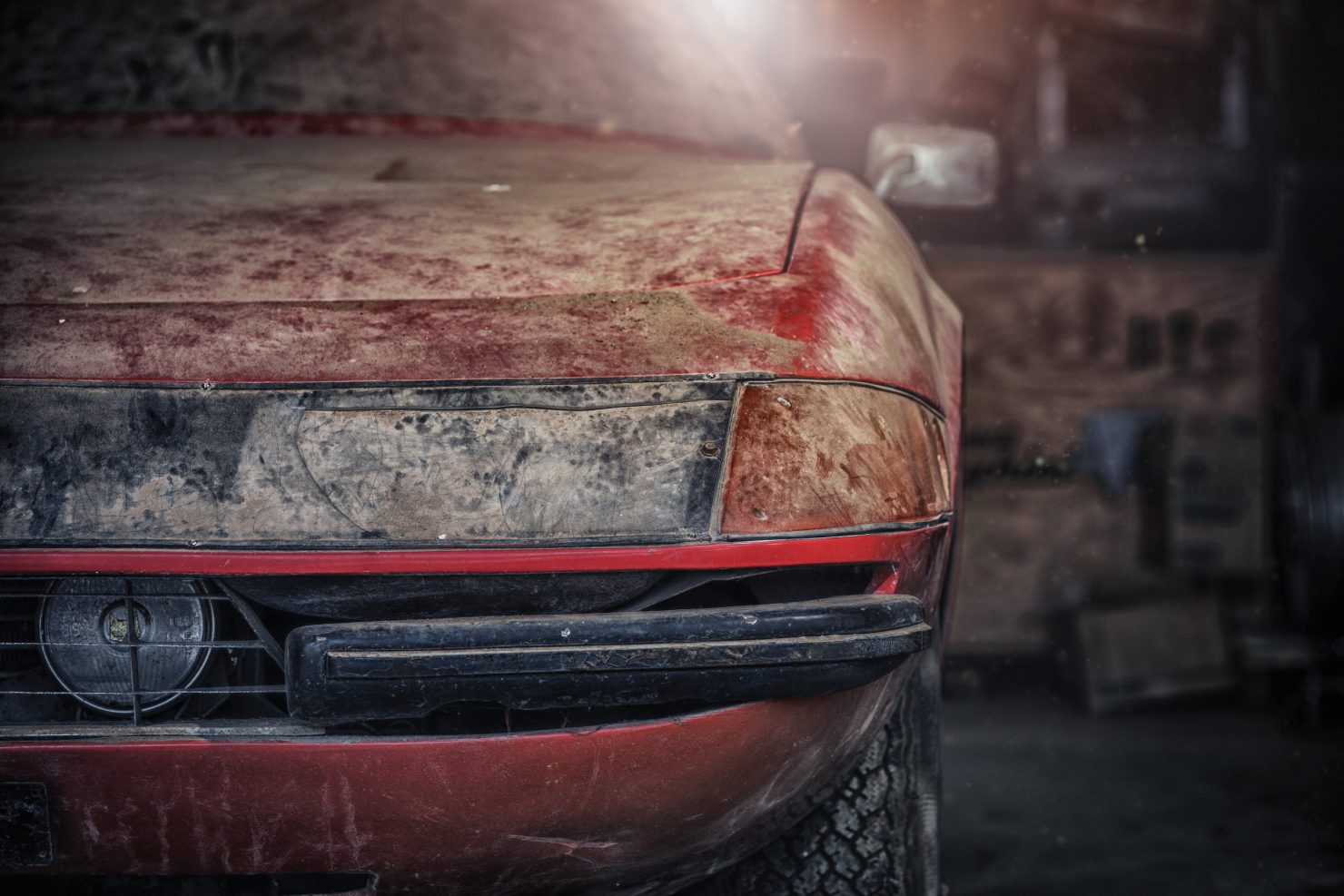 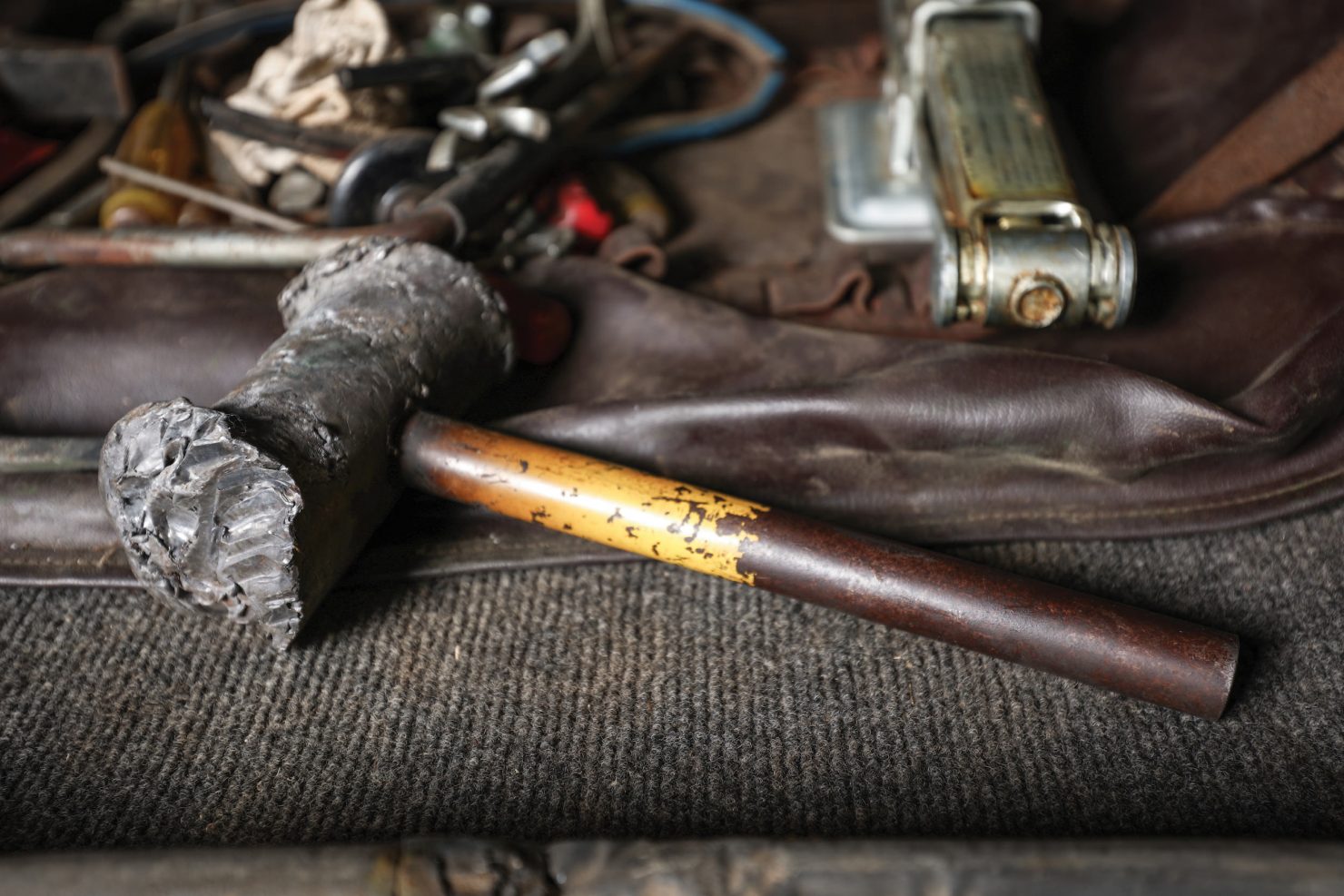 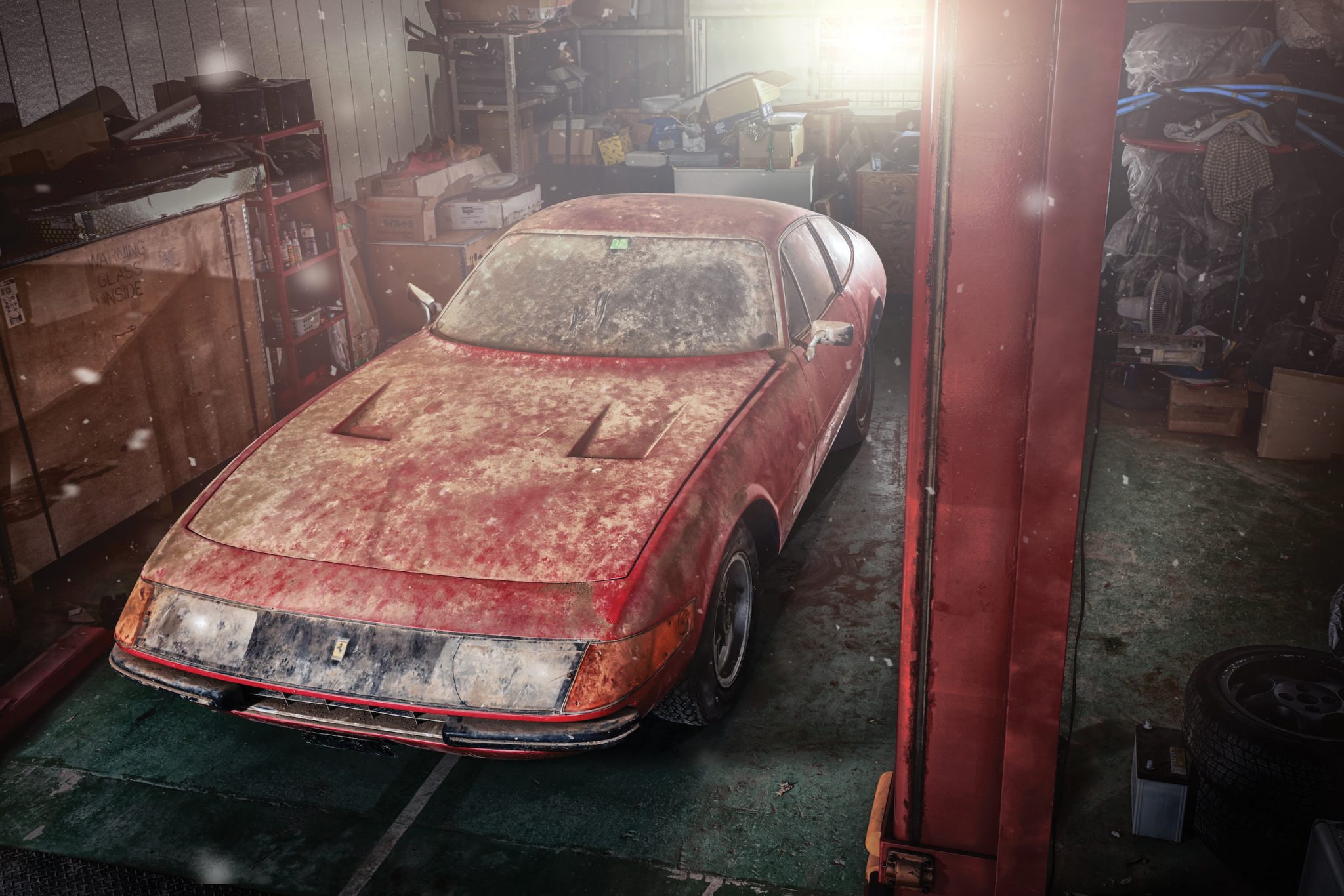