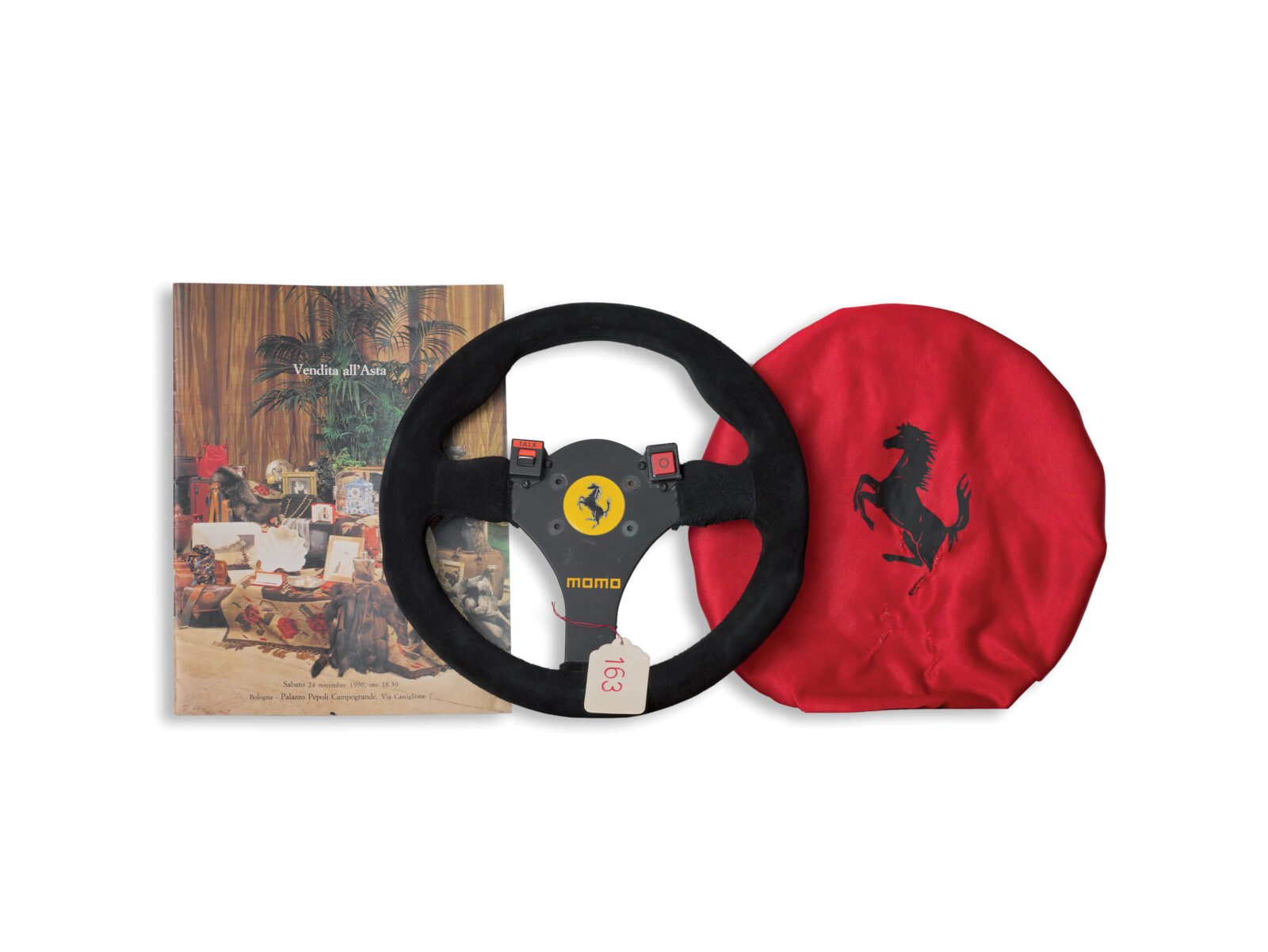 This MOMO steering wheel was fitted to the 1990 Ferrari 641 Formula 1 car, the car driven by both Nigel Mansell and Alain Prost to six wins, three poles, and five fastest laps in the 16 races of the 1990 season.

The Ferrari 641 was an upgraded iteration of the 1989 Ferrari 640 which had been designed by British engineer John Barnard. The 641 was designed by American engineer and former McLaren designer Steve Nichols, who moved to Ferrari to stay with Prost, and to replace Barnard who had left to join Benetton.

Interestingly the Ferrari F50 took inspiration from the Ferrari 641 Formula 1 car, the 4.7 litre, naturally aspirated Tipo F130B V12 engine was based on the V12 used in the F1 car, though obviously with many changes to make it suitable for road use. 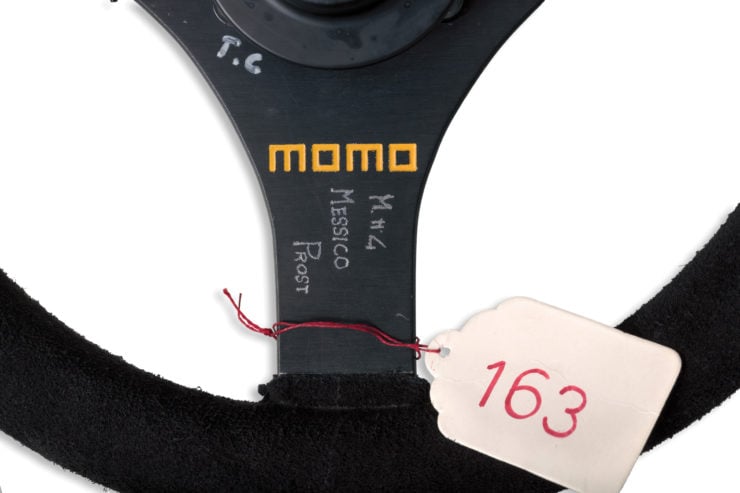 The MOMO steering wheel you see was used during the 1990 season, though there’s no record of which driver used it it is engraved with the words “Messico Prost” which translates from Italian to “Mexico Prost” in English. This would imply that the wheel was used by multiple Formula 1 World Champion Prost at the Mexican Grand Prix on the 24th of June 1990 – a race where he would both win and set the fastest lap.

The Ferrari 641 was a serious contender for the title in 1990, Prost took five wins and Mansell took one, Ferrari would finish the season second behind McLaren with 110 points to 121. Prost would come second in the Driver’s Championship with 71 points vs 78 and Mansell finished 5th with 37 points.

The wheel is due to cross the auction block with RM Sotheby’s on the 5th of February in Paris with an estimated hammer price of between €5,500 and €6,500 with no reserve. If you’d like to read more about it or register to bid you can click here to visit the listing. 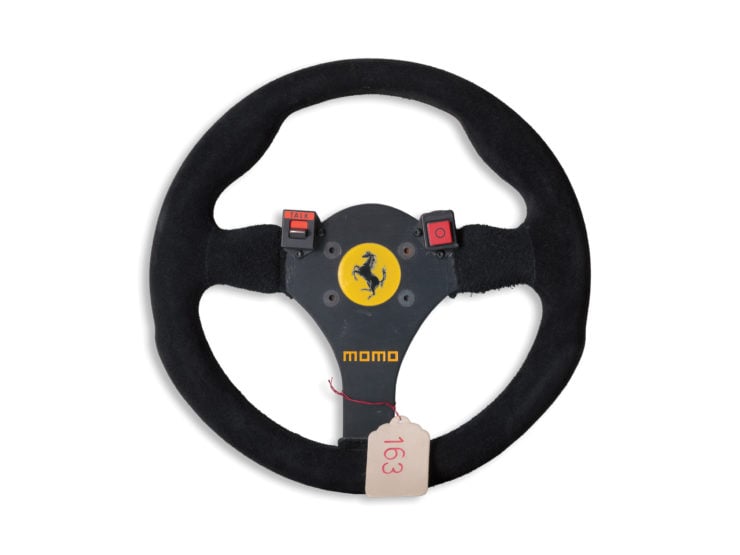 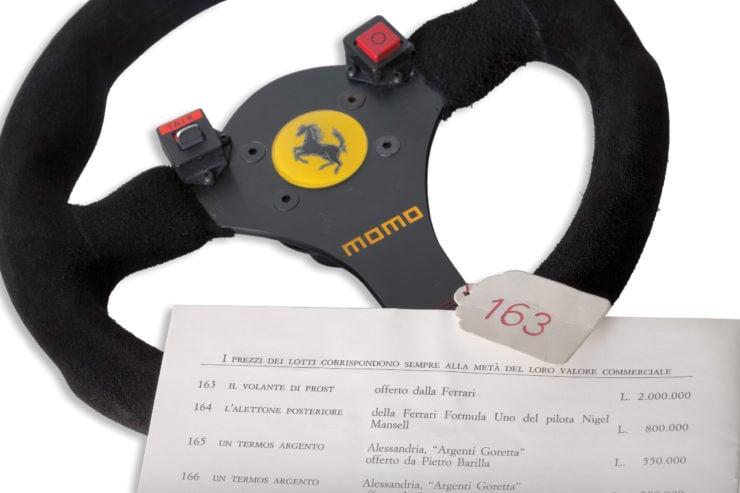 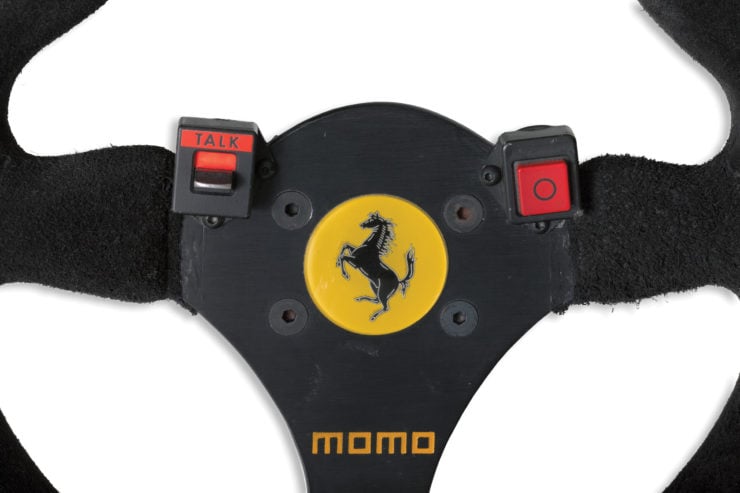 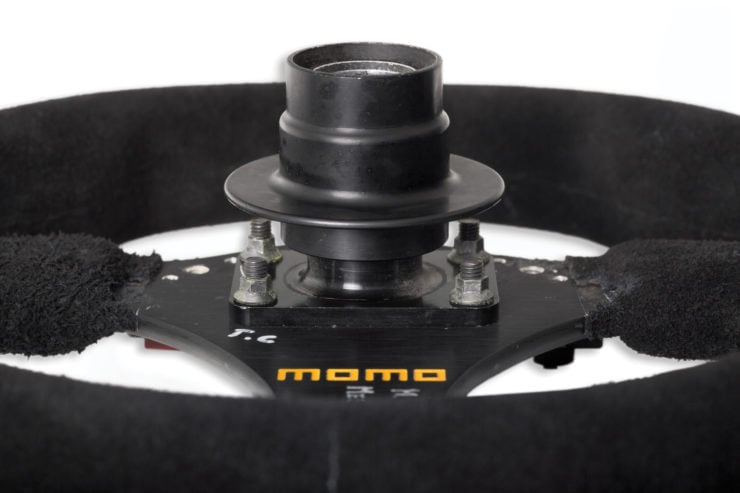 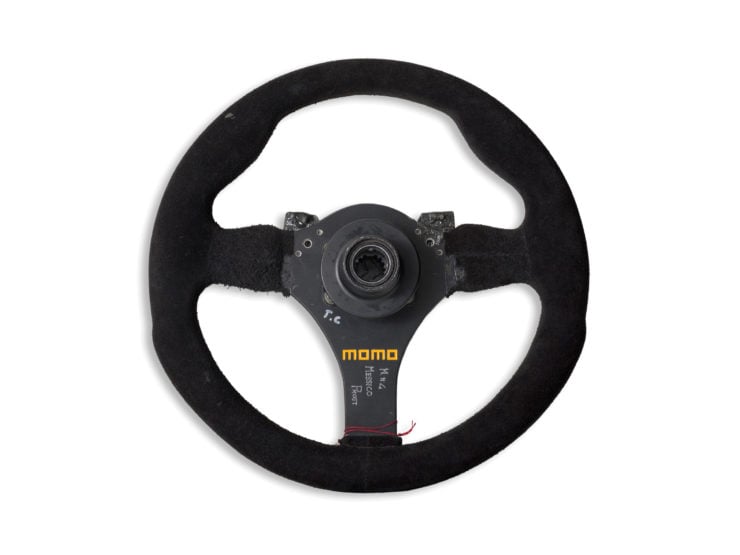 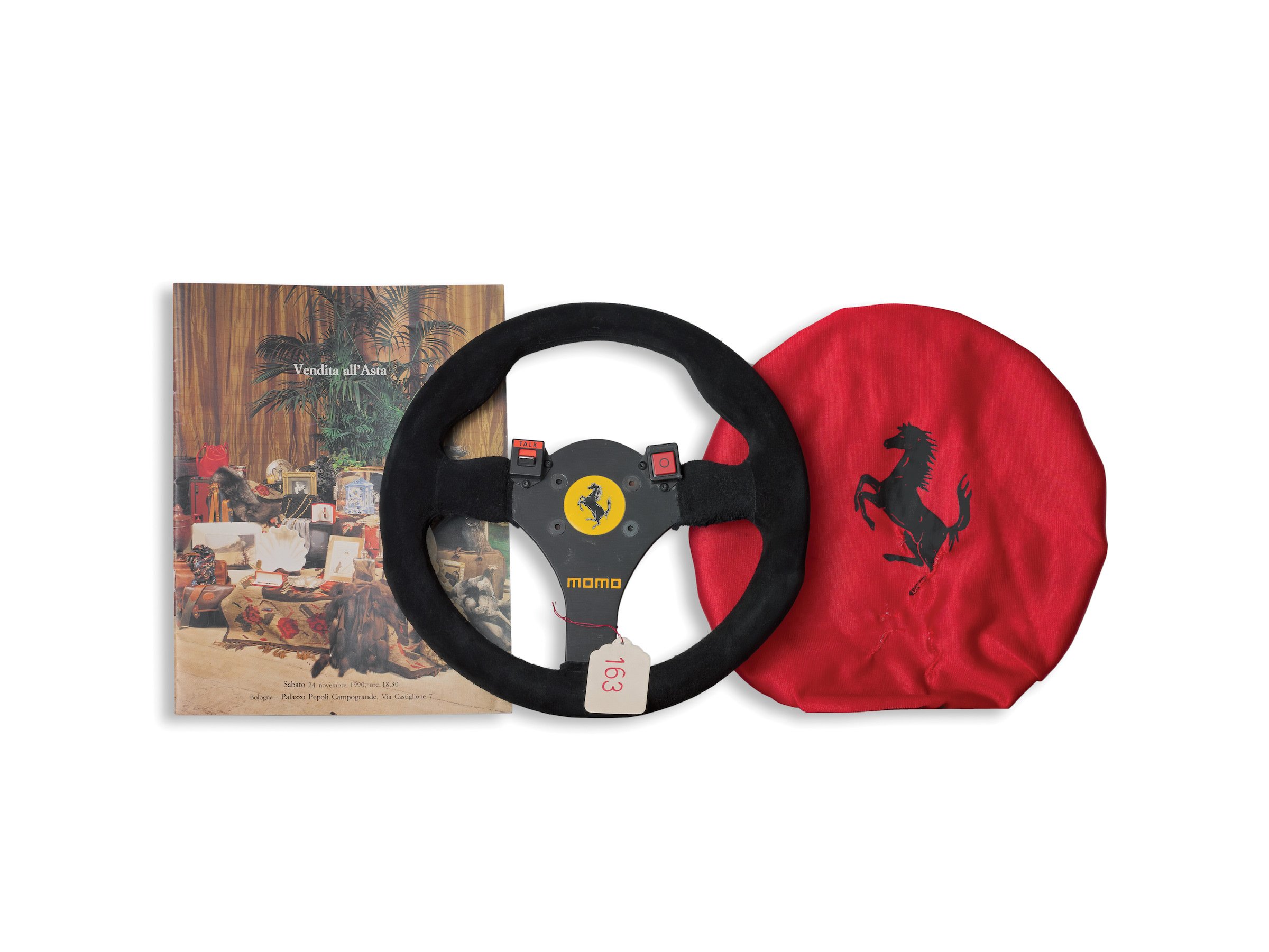