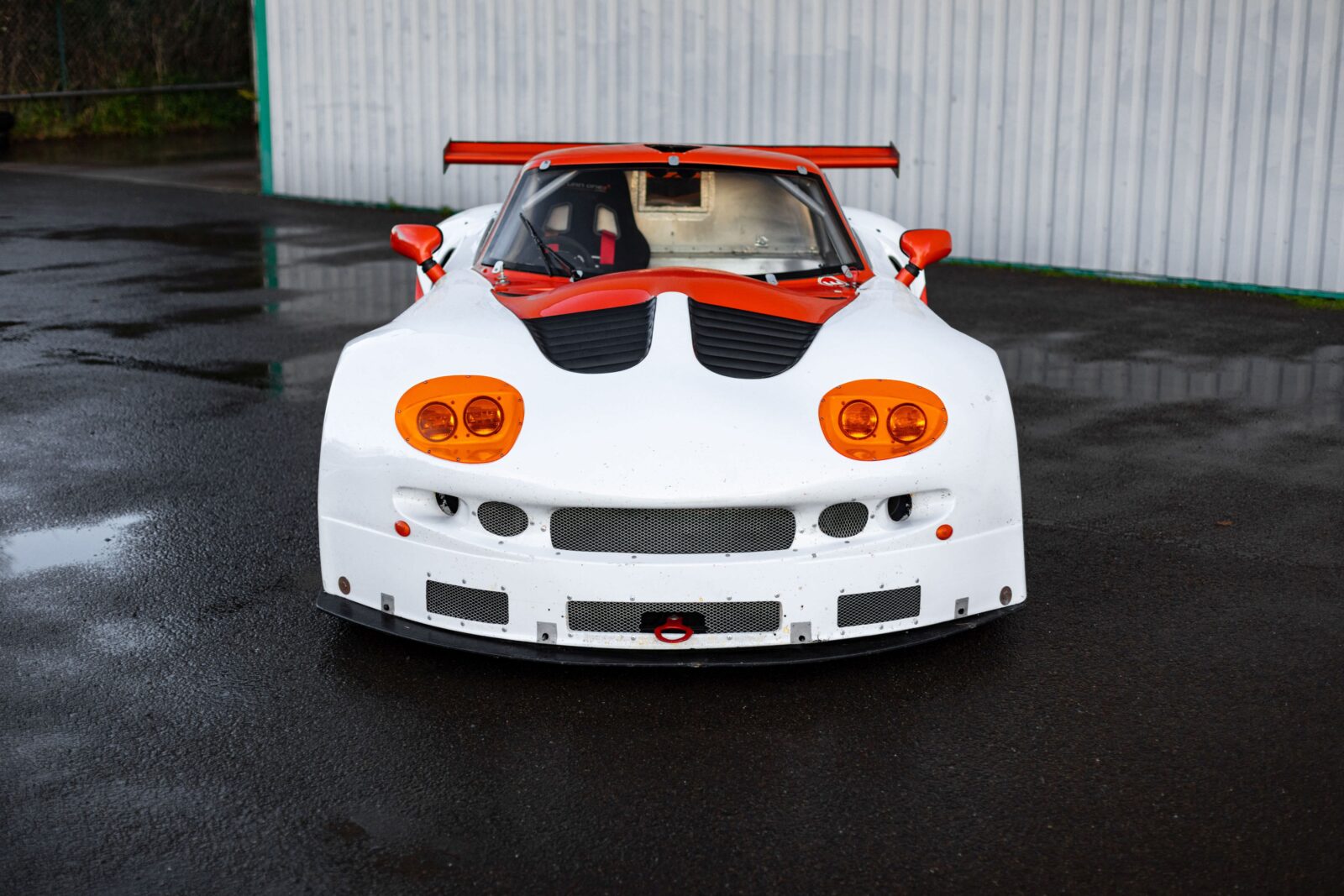 Marcos isn’t particularly well known outside of the United Kingdom, for the uninitiated Marcos was founded in 1959 by Jem Marsh and Frank Costin. The name “Marcos” is a combination of the first three letters of each of their last names – Marsh and Costin.

Marcos, the Mini Marcos, and the Mantis

Interestingly the early cars built by Marcos had a semi-monocoque chassis made from laminated 3mm marine plywood, this allowed for rapid and inexpensive development, and it was about as close to carbon composites you could get in the 1950s. Marcos released a variety of unusual sports cars over the following years including the Marcos GT Xylon, Marcos Luton Gullwing, the Marcos 1800GT, the Marcos Mantis, and the Mini Marcos.

It would be the Mini Marcos that would become (arguably) the most famous car from the British marque, it was an unusual-looking vehicle with an aerodynamic fibreglass monocoque body that used running gear and subframes from a Mini. The Mini Marcos was very light, tipping the scales at approximately 1,050 lbs (476 kgs) depending on configuration. When properly prepared for competition they proved exceptionally quick, they competed at the 24 Hours of Le Mans and many other high-profile events, and they even claimed four British land speed records for 1600cc and under. 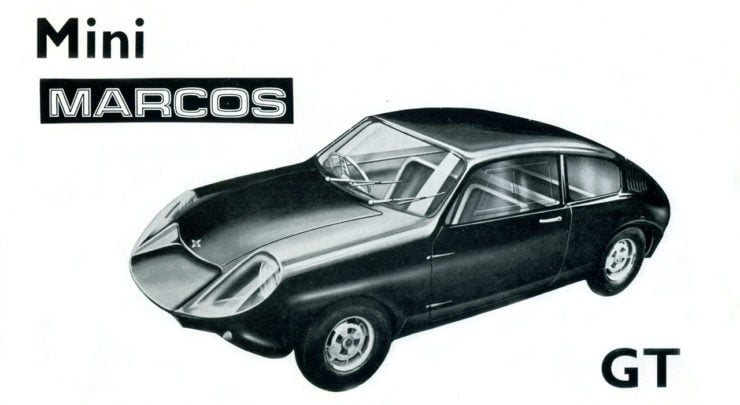 By the late 1960s Marcos had switched to more traditional steel chassis with fibreglass composite bodies, many Marcos cars featured a front-engined, rear wheel drive roadster layout with a long hood and curvaceous lines. Not everyone loves the distinctive look of Marcos cars, but their owners are a famously loyal group with a genuine passion for the marque.

The Marcos Mantis was released in 1997, it was a new roadster that was given the name “Mantis” as an homage to a Marcos prototype race car from 1968 – the Mantis XP. Much like its rivals over at TVR, the Mantis featured a lightweight chassis, a composite body, a front-mid-mounted engine, fully independent suspension, and disc brakes on all four corners. The Mantis was somewhat based on the LM series of cars built before 1997, these cars were developed for high level GT racing and this DNA was carried forward into the new model.

The Mantis was powered by a 4.6 litre version of the 4-valve double overhead cam (per bank) version of the Ford Modular V8 engine available either with or without supercharging. The low curb weight of the Mantis (2,425+ lbs / 1,100+ kgs) and the high power output of 400+ bhp resulted in a very quick car – 0 to 60 mph could be dispatched in 3.7 seconds and the top speed was said to brush 180 mph. 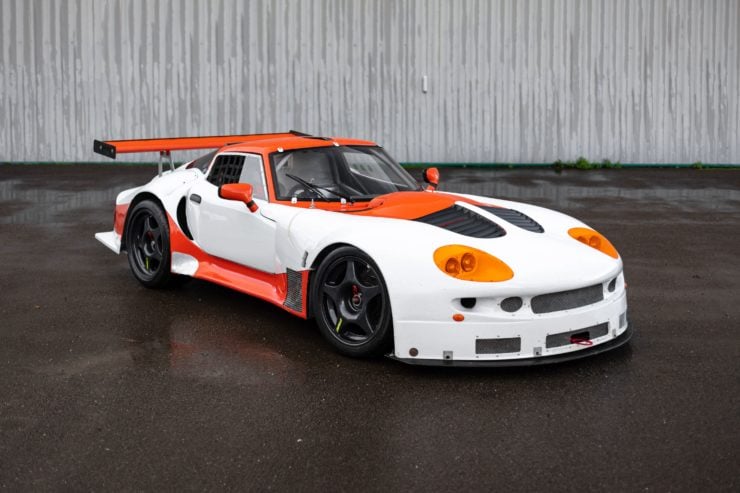 The car you see here is an original factory built Marcos Mantis GTO, it was built with a Ford 5 litre Motec M8 injection V8 engine and 6-speed gearbox, as well a race-specification suspension and brakes. In its current configuration the engine is capable of 450 bhp at 6,400 rpm.

This car raced in the British GT Championship from 1997 and 1998, it was then redesigned to meet the new GT2/ GT3 regulations and was purchased directly from the factory in this GT Open configuration by Team CBH Motorsport, which ran it from 2000 to 2002.

In 2003, the car was sold to the Glenn Eagling Motorsport team, which ran it from 2003 to 2006 with Eagling and Shrimpton as pilots. The Mantis remained stored until 2014 and on November 24th, 2014, it was acquired by a new owner who imported it to France to participate in the Historic GT Circuit Championship.

The car is now ready for a new owner, it has had a servicing from Atlantic Racing but it will likely need dialling in before any serious racing is attempted by the new pilot. If you’d like to read more about this Marcos or register to bid you can click here to visit the listing on Artcurial. 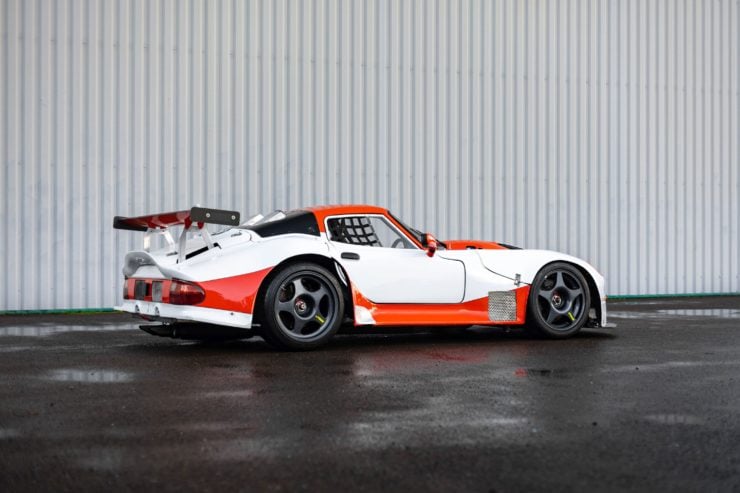 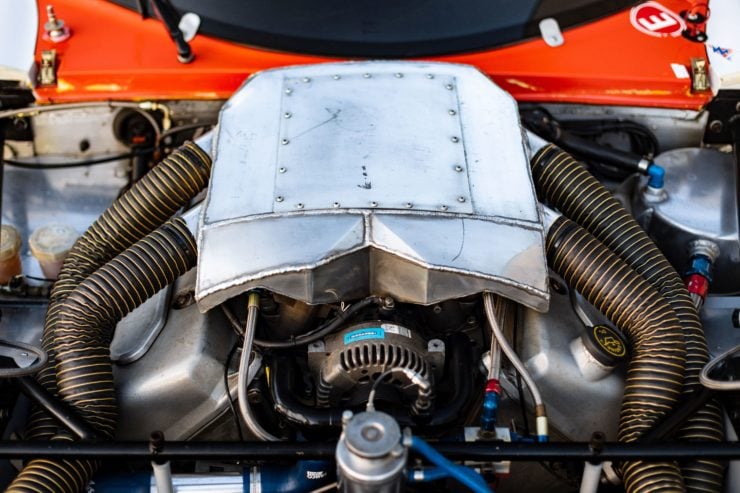 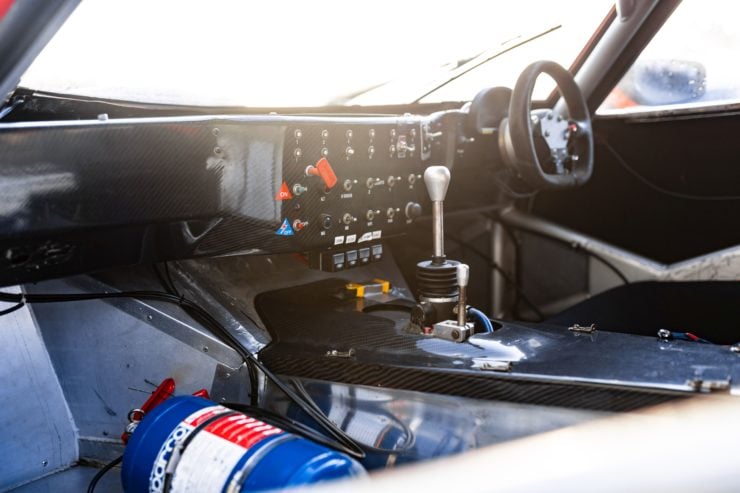 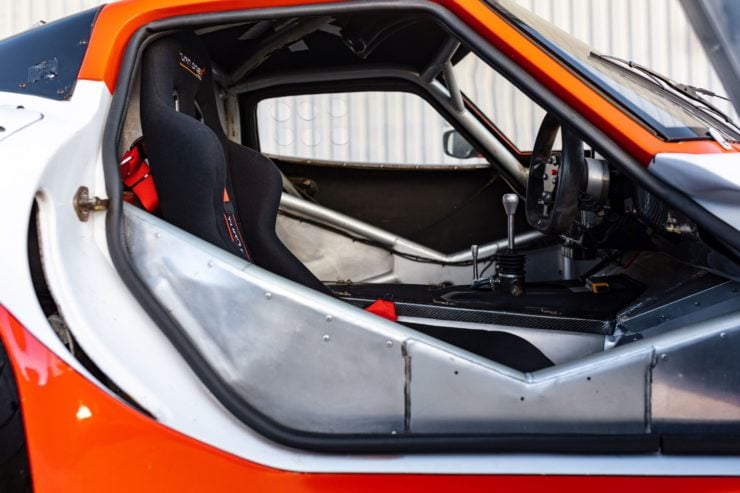 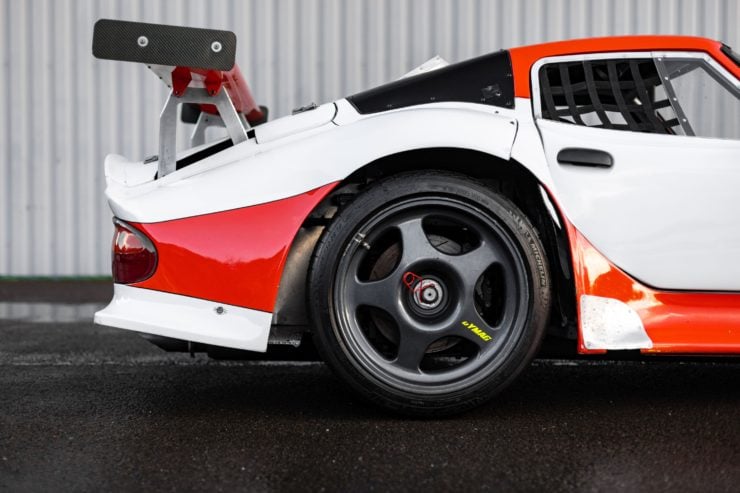 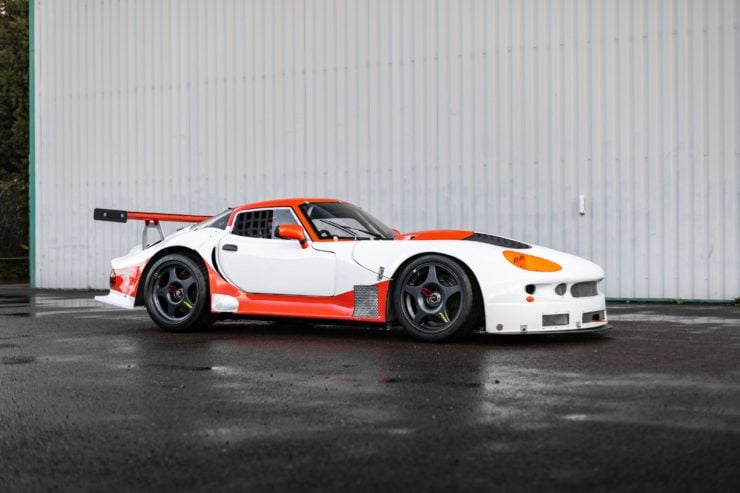 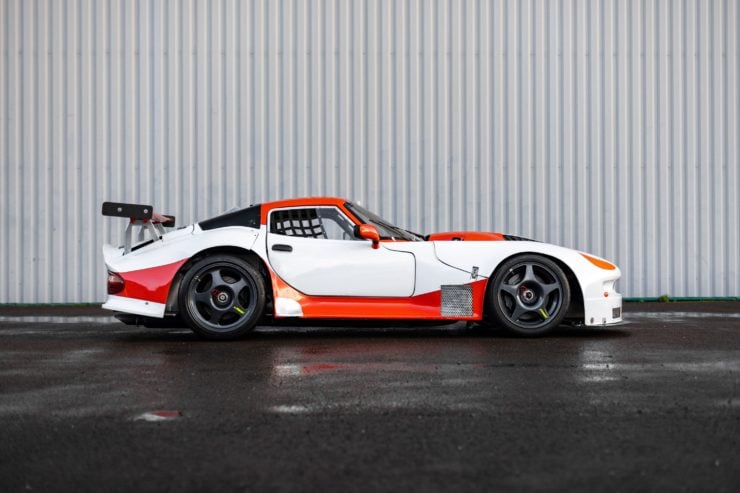 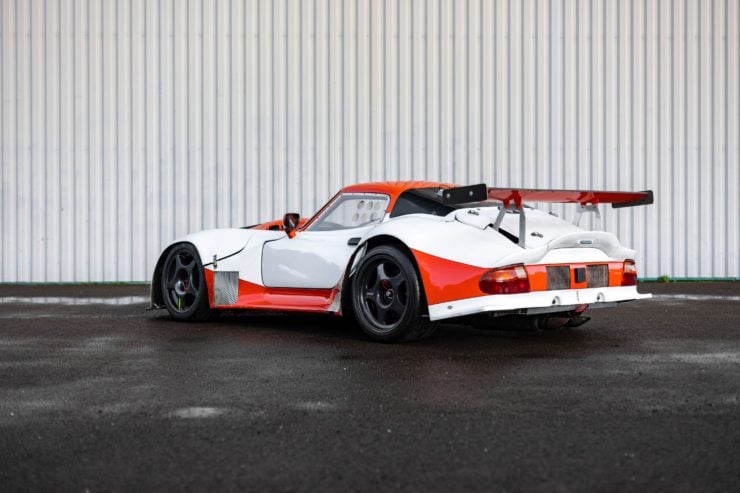 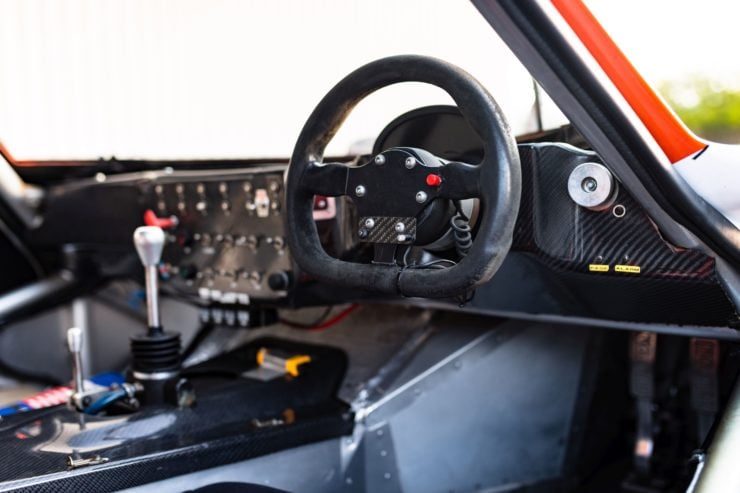 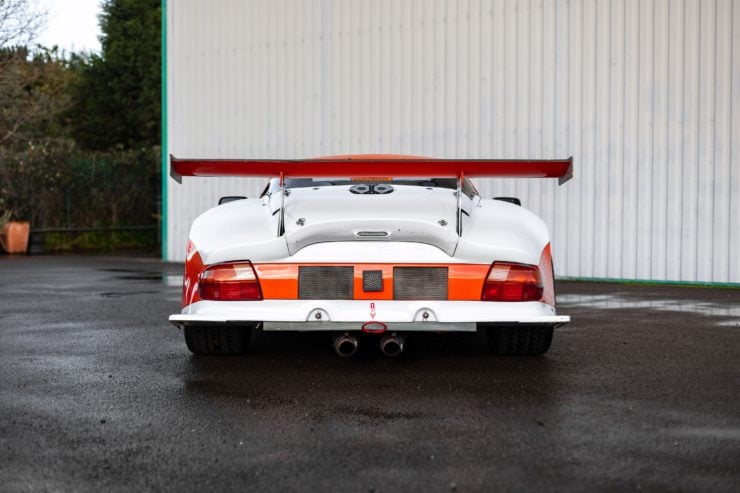 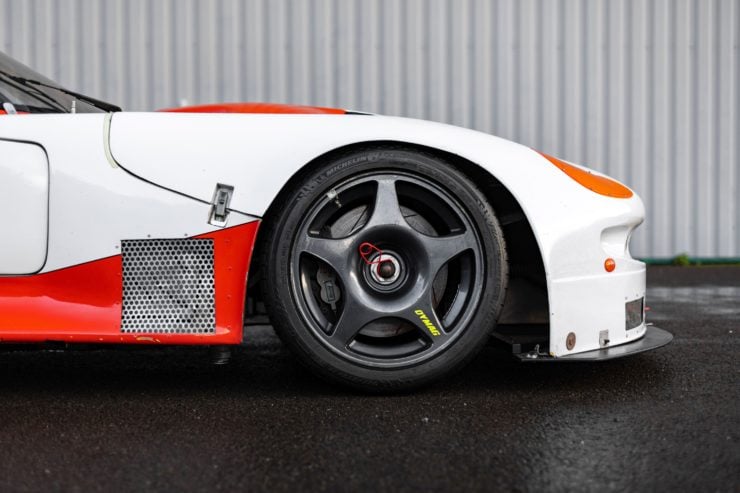 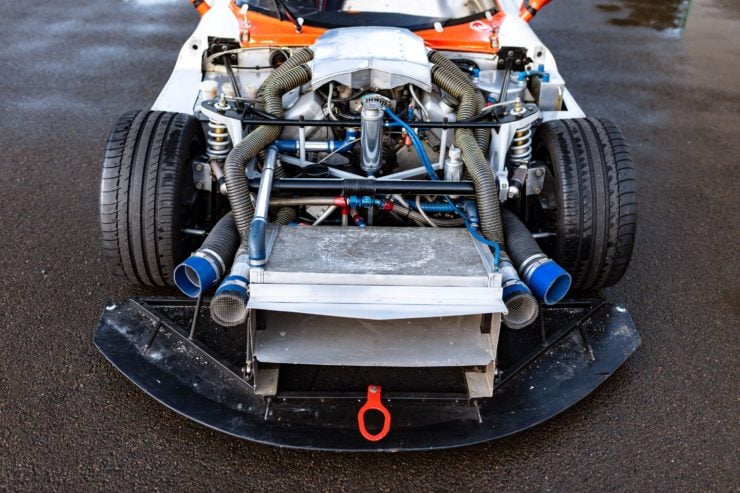 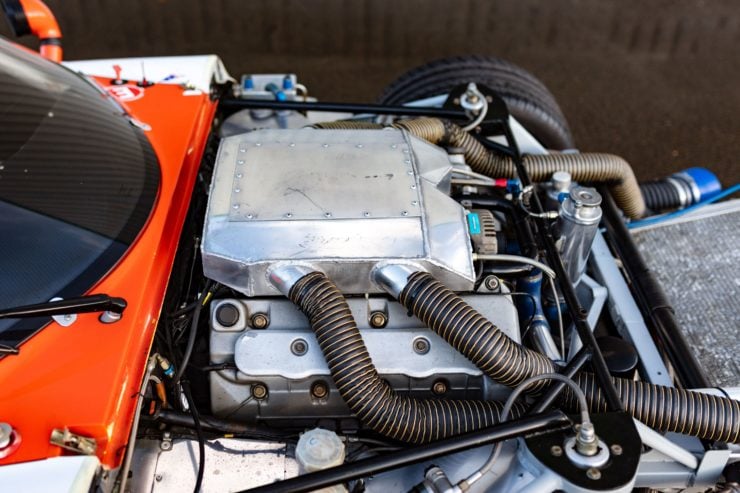 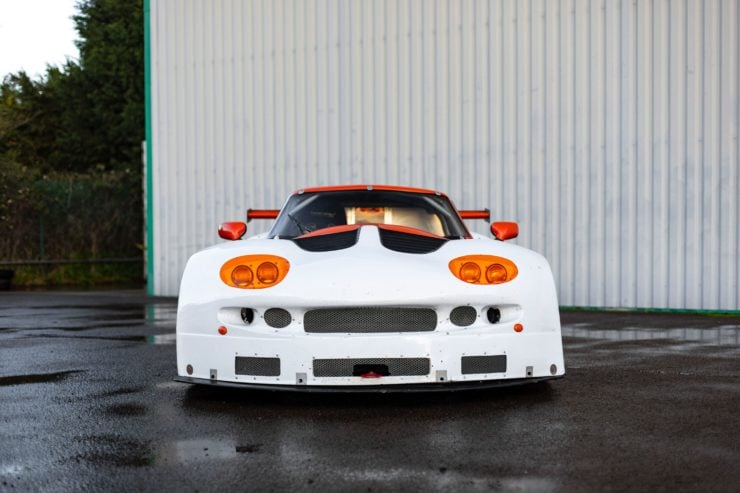 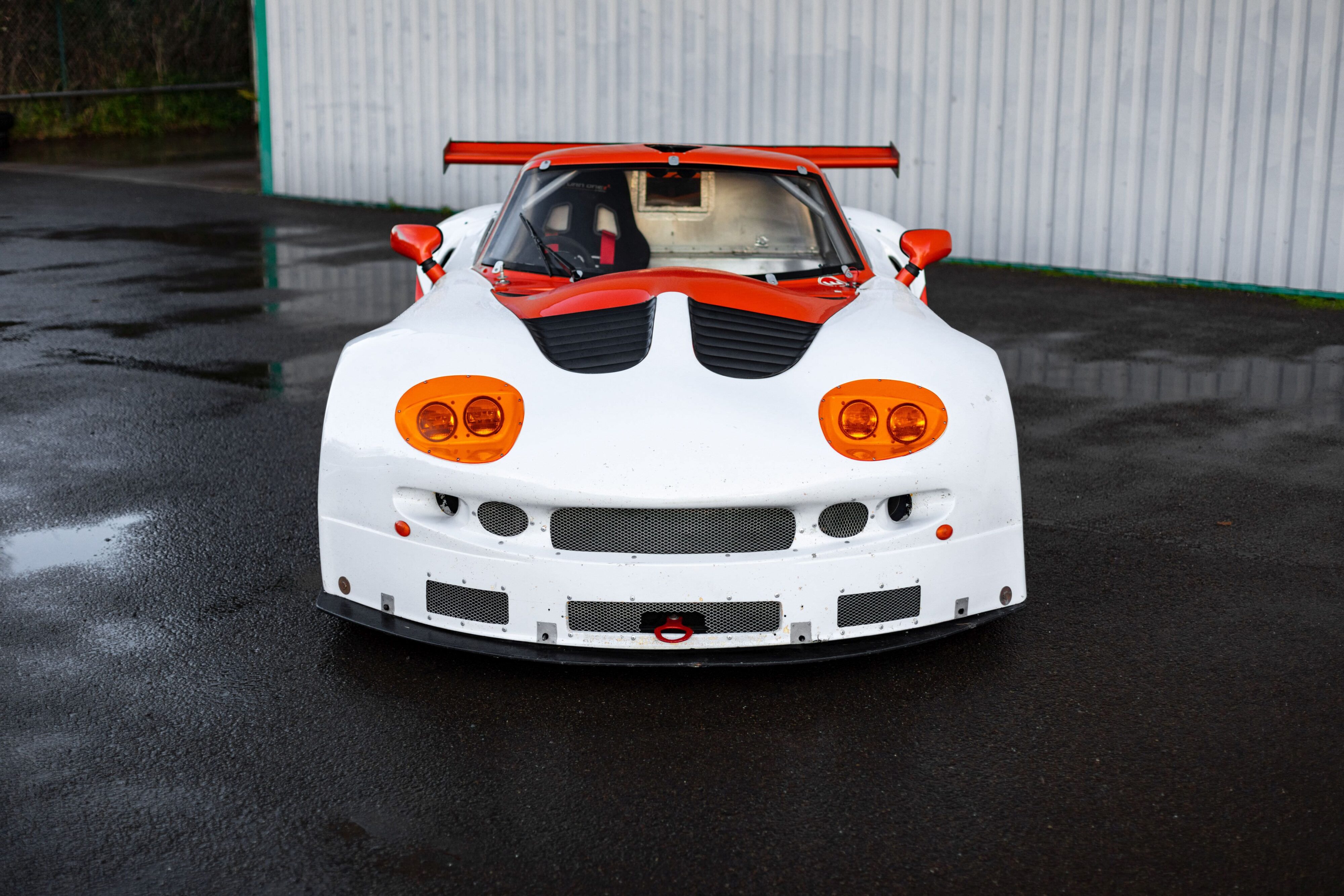