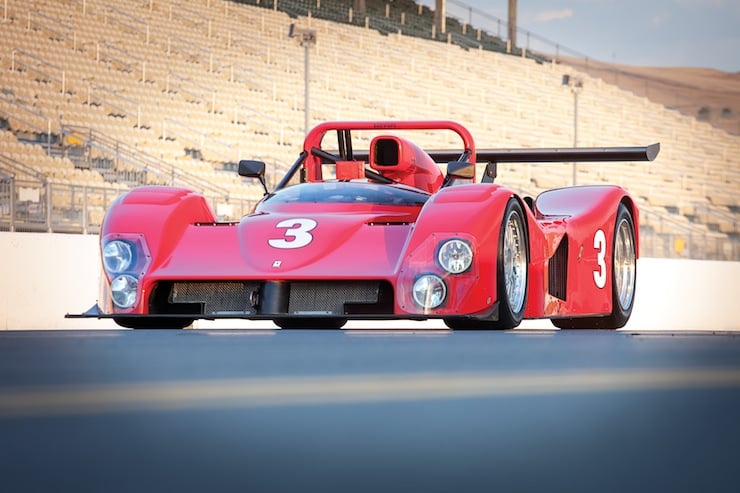 The release of the Ferrari 333 SP marked Ferrari’s first foray back into the world of sports car racing after a 20 year absence, the 333 SP was built to Ferrari specification by Michelotto – a company that had been building advanced racing machines for Ferrari since the 1970’s.

On paper, the specifications of the 333 SP are jaw-dropping. It’s fitted with a 3997cc V12 derived from the engine designed for the Ferrari F50, which itself was derived from the engine used in the 1992 Ferrari F92A Formula One car. This rather versatile engine is fitted with 4 overhead camshafts, Weber Marelli digital electric fuel injection and produces 600hp at a blistering 11,000rpm.

Power is transmitted to the rear wheels via a 5 speed sequential mechanical shift mechanism transverse gearbox. The chassis is carbon fibre composite and aluminum honeycomb, the suspension is pushrod front and rear independent suspension, the brakes are Brembo and the total weight of the car is 899kgs (1,981lbs). 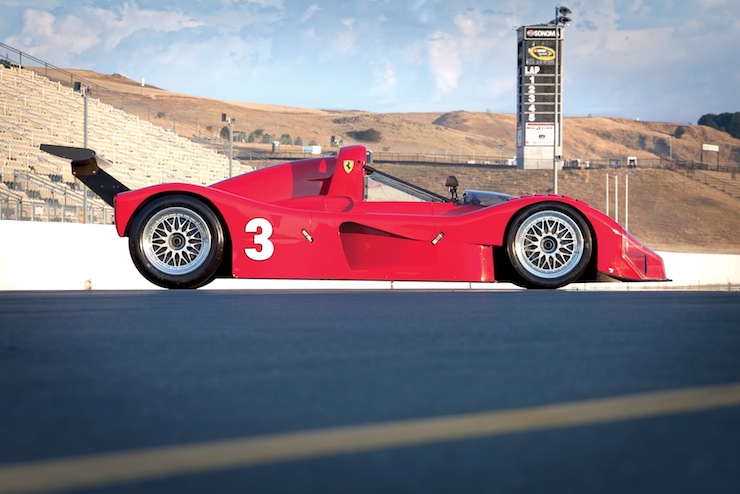 As you might have surmised, this is a quick car. It made it’s race debut in the 3rd round of the ’94 IMSA GT Championship at Road Atlanta where is took the first 2 places. A total of 4 chassis were allocated to 3 teams (Euromotorsport, Momo Corse and Team Scandia), all of whom saw significant race track success. In the following race at Lime Rock the Ferrari 333 SP took all 3 top spots on the podium and would go onto win 3 more races before the end of the season. Unfortunately, as Ferrari started the season late, the Constructor’s Championship went to Oldsmobile.

The 333 SP would go on to race in both North America and Europe, taking a string of wins and places – the car was so good it was raced right the way up until 2001, a staggeringly long lifespan for a car developed in 1993.

The car pictured here is due to roll across the auction block with RM Auctions on the 16th of August 2013, there’s no listed estimate on the car’s value, which usually means it costs more than the space program of a mediuk sized nation. If you’d like to buy something similar to the Ferrari 333 SP but lack a few million spare greenbacks you might want to check out the Ultima Can-Am, it looks similar, goes fast and can be built by an enterprising chap in his garage for under $30,000 USD. 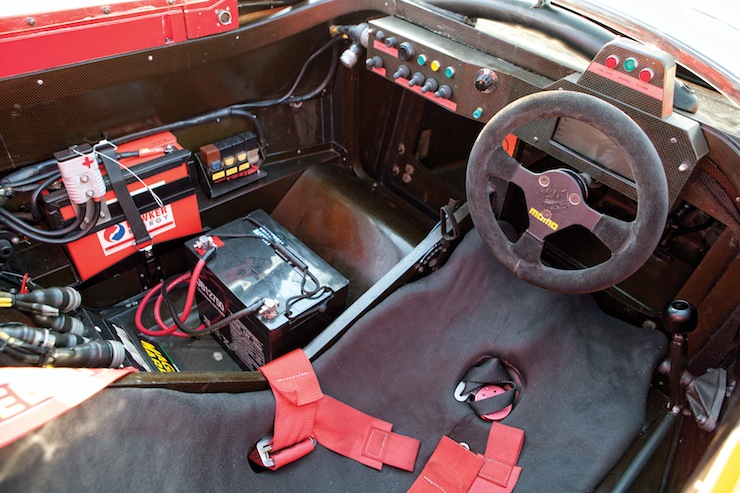 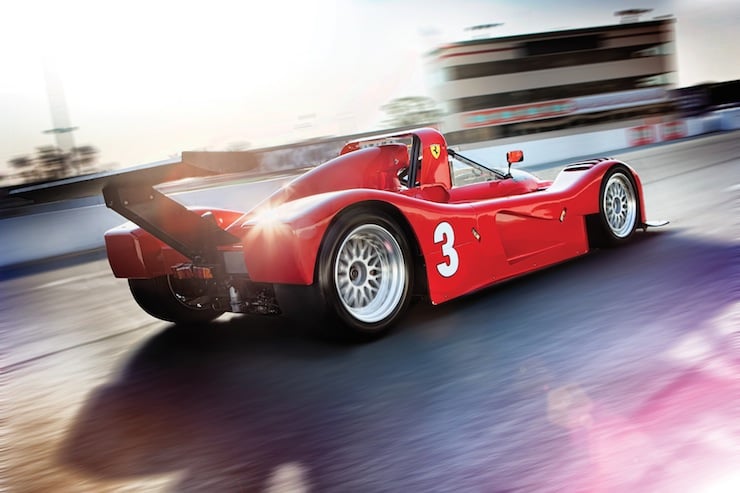 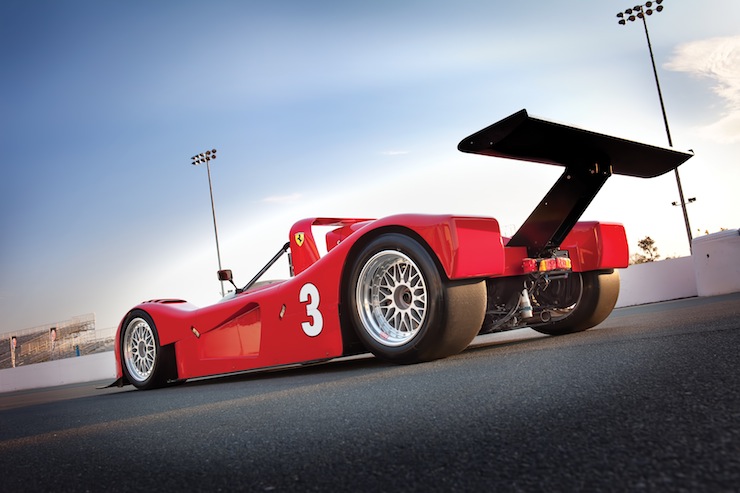 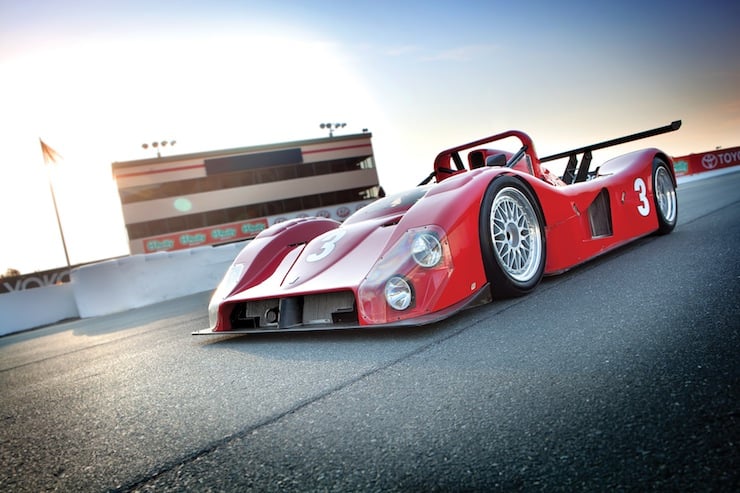 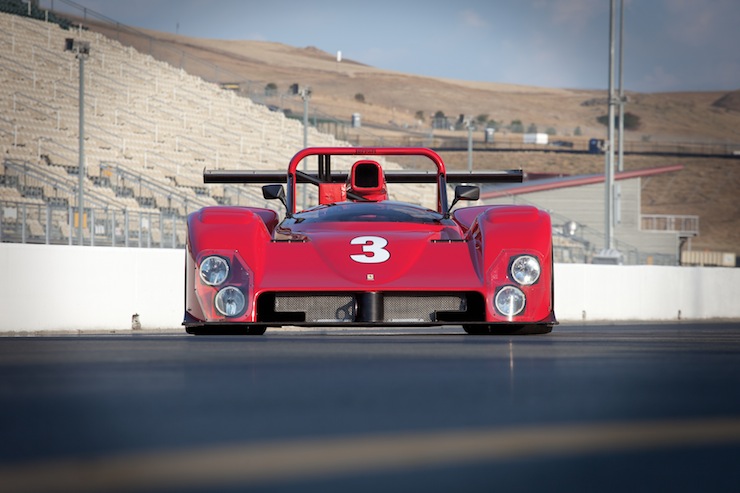 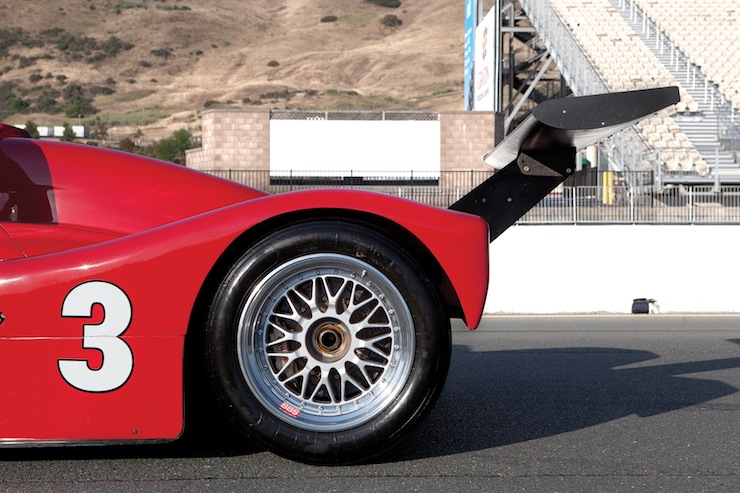 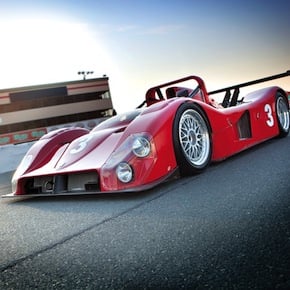