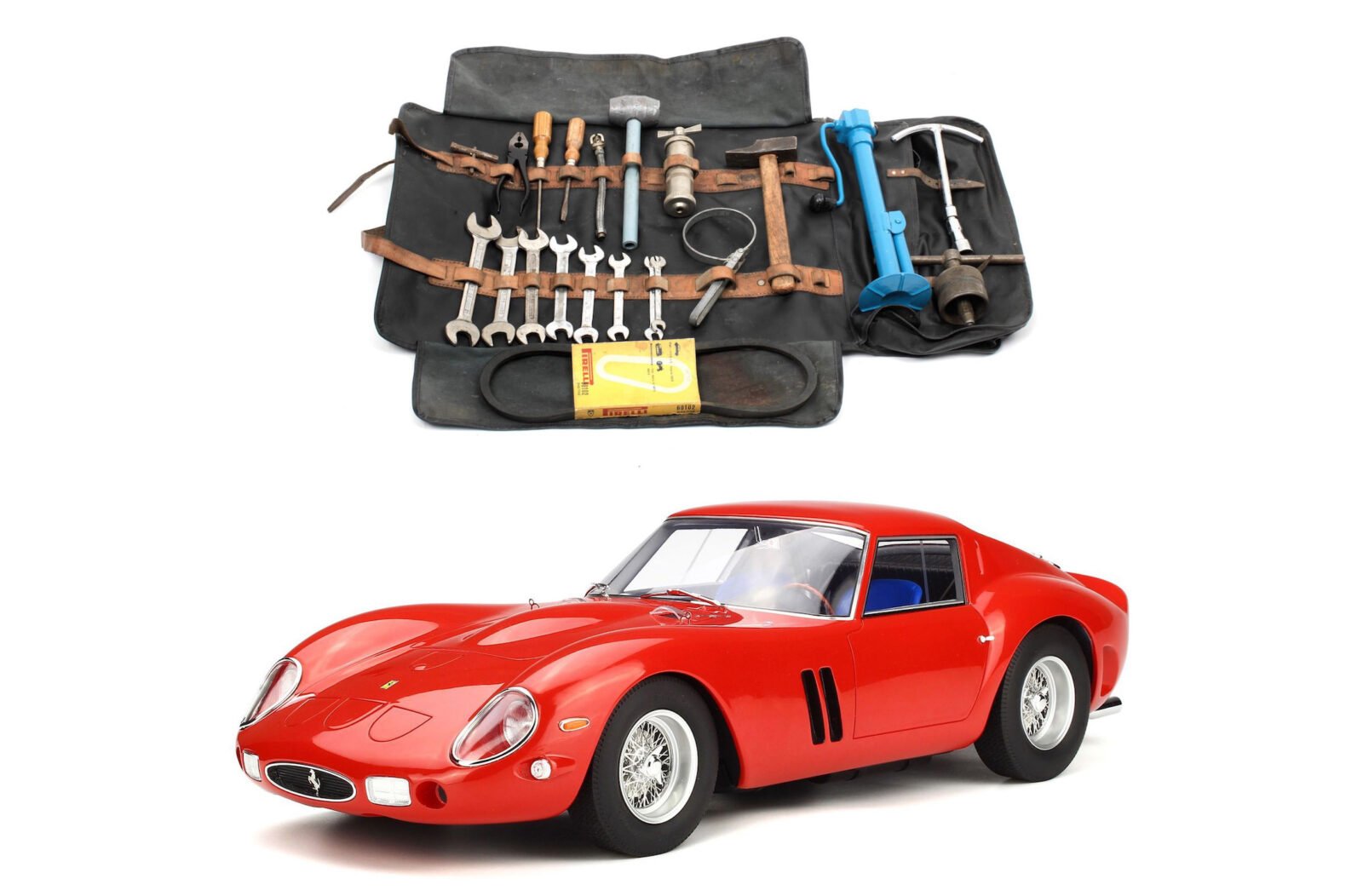 This is an original, complete Ferrari 250 tool roll suitable for “outside plug” cars like the GTE, Lusso, SWB, TDF, PF Coupe and GTO models.

It’s vitally important for owners of these cars to have original tool rolls along with all of the other factory parts and accessories before entering the car in shows – as the judges will carefully check for them.

It’s listed as a complete original set suitable for concours events or to complete your own 250 Ferrari to factory delivery standard. 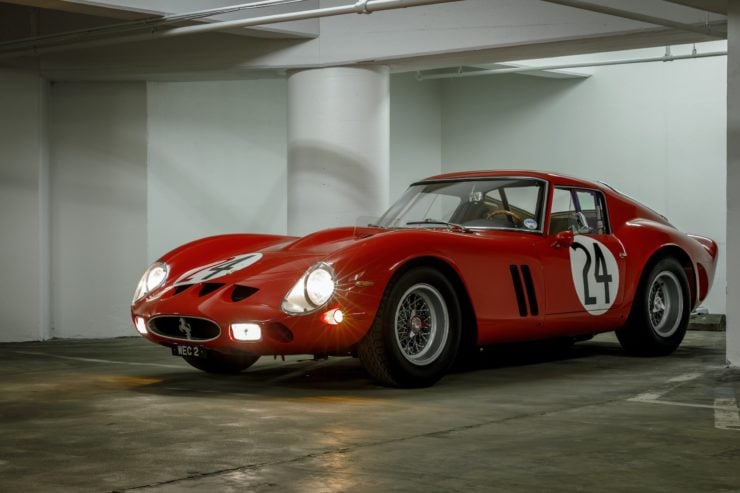 That last model was said to have been developed specifically for Enzo Ferrari himself, it’s a longer wheel base grand tourer with two full size back seats which allowed him to transport himself, his driver, his wife, and their dog. 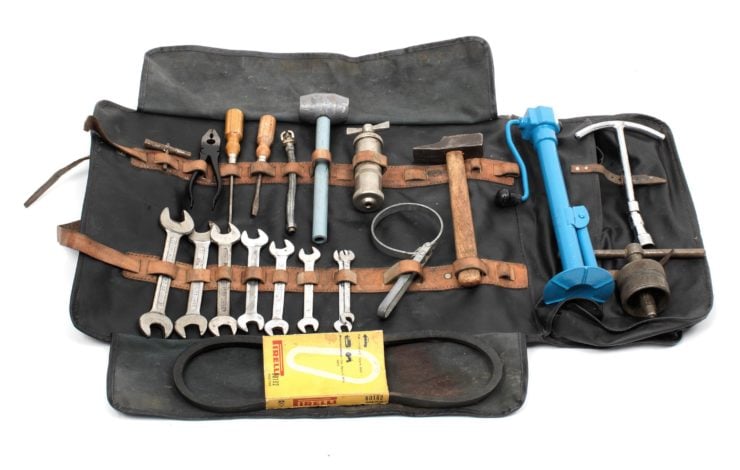 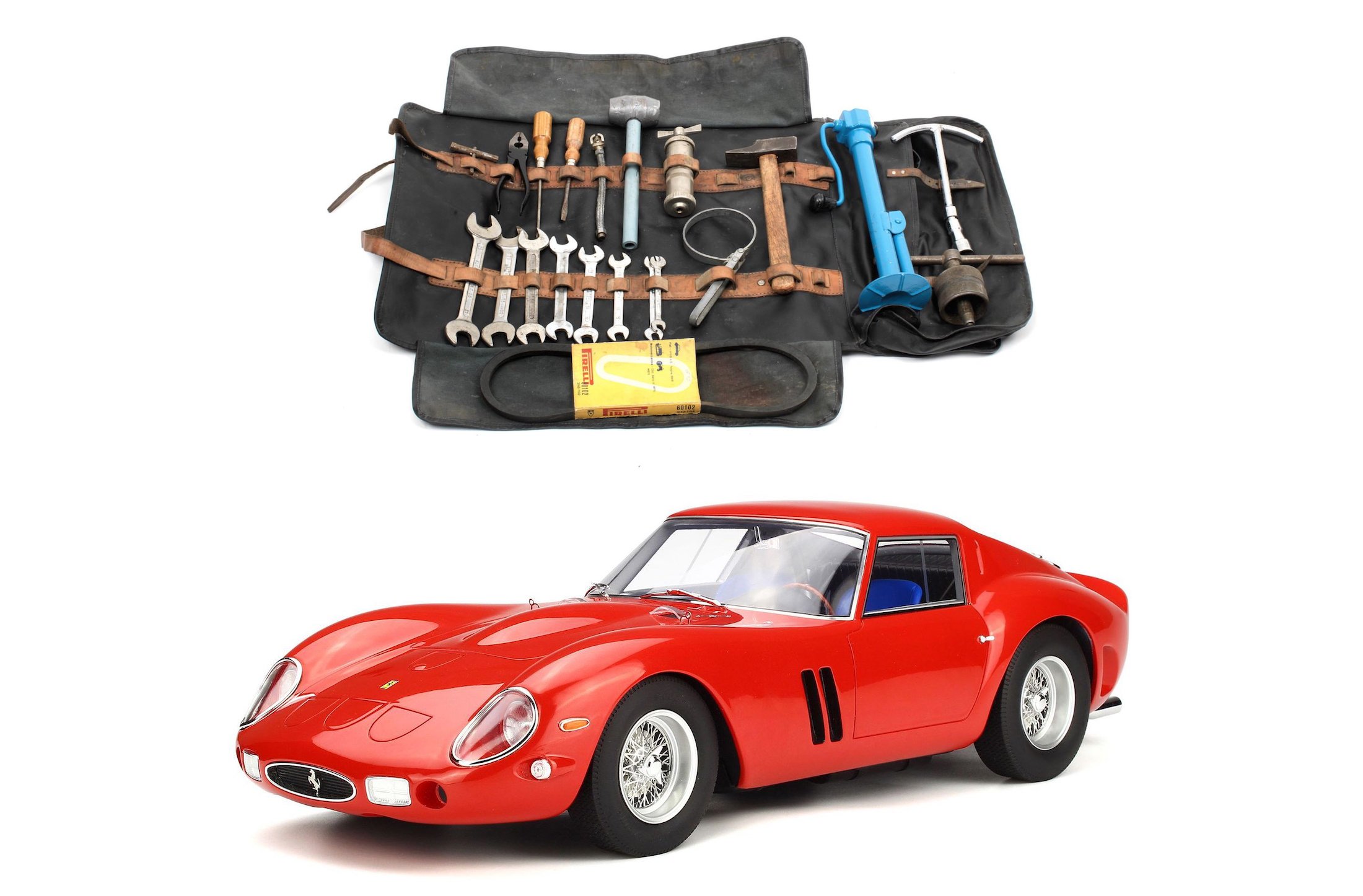