The Ferrari 126 C2 was developed for the 1982 Formula 1 season to turn Ferrari’s fortunes around and get the team back to the pointy end of the grid.

After a mostly successful period throughout the mid to late 1970s Ferrari had suffered a collapse in form as the 1980s began, largely as a result of their 312T-derived 126CK chassis which had started life back in 1975 and as a result of their new turbocharged engine which needed significant development time.

Tragedy and Triumph – The Ferrari 126 C2

Enzo Ferrari personally hired English engineer Harvey “Doc” Postlethwaite in 1981 to develop an all-new chassis for the team. Postlethwaite had previously worked at March before being convinced to join the eccentric Hesketh Formula 1 Team when Lord Hesketh and James Hunt got him drunk one evening, a story famously told in Gerald Donaldson’s James Hunt biography.

Despite the Hesketh team’s unusual habits, which included drinking champagne before, during, and after races regardless of the results, Postlethwaite managed to design them a race winning car. By the time Enzo hired Postlethwaite the Englishman had designed race winning cars for two Formula 1 teams despite limited budgets.

The Ferrari 126 C2 was developed in 1981 and into 1982 to replace the 126CK, it featured an all-new aluminum alloy honeycomb monocoque chassis, vastly improved aerodynamics and suspension, and a huge improvement in handling.

1982 would prove to be one of the most difficult years in the history of Scuderia Ferrari despite the fact the team went on to win the Constructor’s Championship with their new car. Beloved Ferrari driver Gilles Villeneuve was killed in an accident at Zolder in Belgium, his teammate Didier Pironi suffered career ending injuries at the German Grand Prix later that same season.

Ferrari brought in Frenchman Patrick Tambay to replace Villeneuve, and former Ferrari driver Mario Andretti to replace Pironi. It was a somber time for the team but despite the exceedingly difficult circumstances both Tambay and the Tifosi-favourite Andretti managed remarkably good results including a win and three podiums for Tambay and a pole position for Andretti at the Italian Grand Prix that had the crowds on their feet.

The Ferrari 126 C2 (including the 126C2B and 126C3 variants) would go on to win the Constructors’ Championship twice for Ferrari in the years 1982 and 1983, returning the team to winning form and vindicating Enzo Ferrari’s decision to hire Postlethwaite.

The 1982 Ferrari 126 C2 you see here is the last surviving example of the 126 C2 in existence. This is the car that was driven to victory in the 1982 German Grand Prix by Patrick Tambay as well as 3rd place in the British Grand Prix and 4th in France and Austria. It was also driven by Mario Andretti to his famous pole position in Italy and a 3rd place finish.

The car was then owned by the prominent Ferrari collectors (sequentially) Jacques Setton and Michael Willms, and it received a full restoration by Uwe Meissner’s Modena Motorsport approximately 15 years ago and ran in official Ferrari F1 Corse Clienti events.

It’s now due to cross the auction block with RM Sotheby’s with an estimated value of between $2,000,000 and $2,500,000 USD. As the only surviving Ferrari 126 C2 this vehicle’s historic importance is hard to overstate, if you’d like to read more about it or register to bid you can click here to visit the listing. 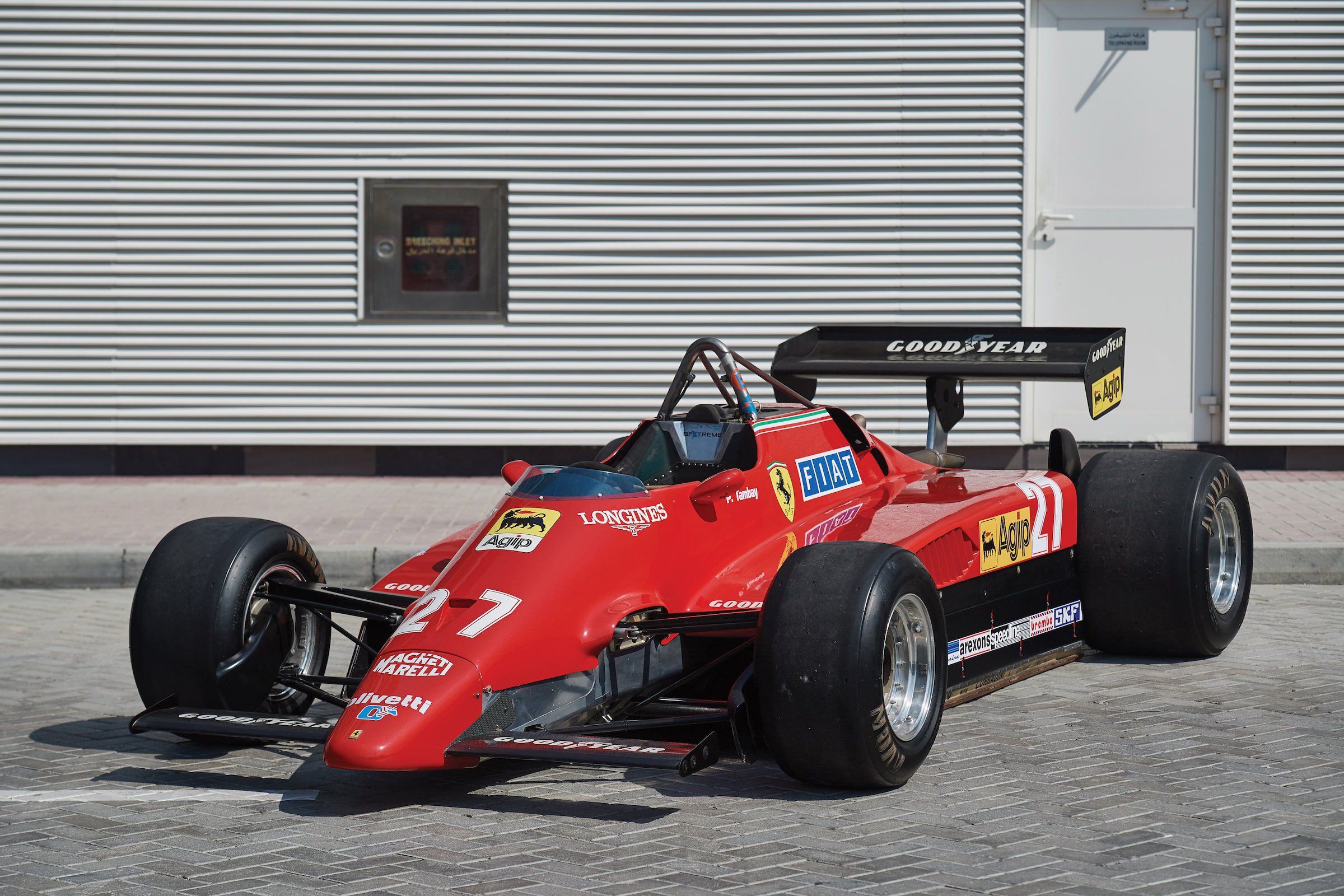