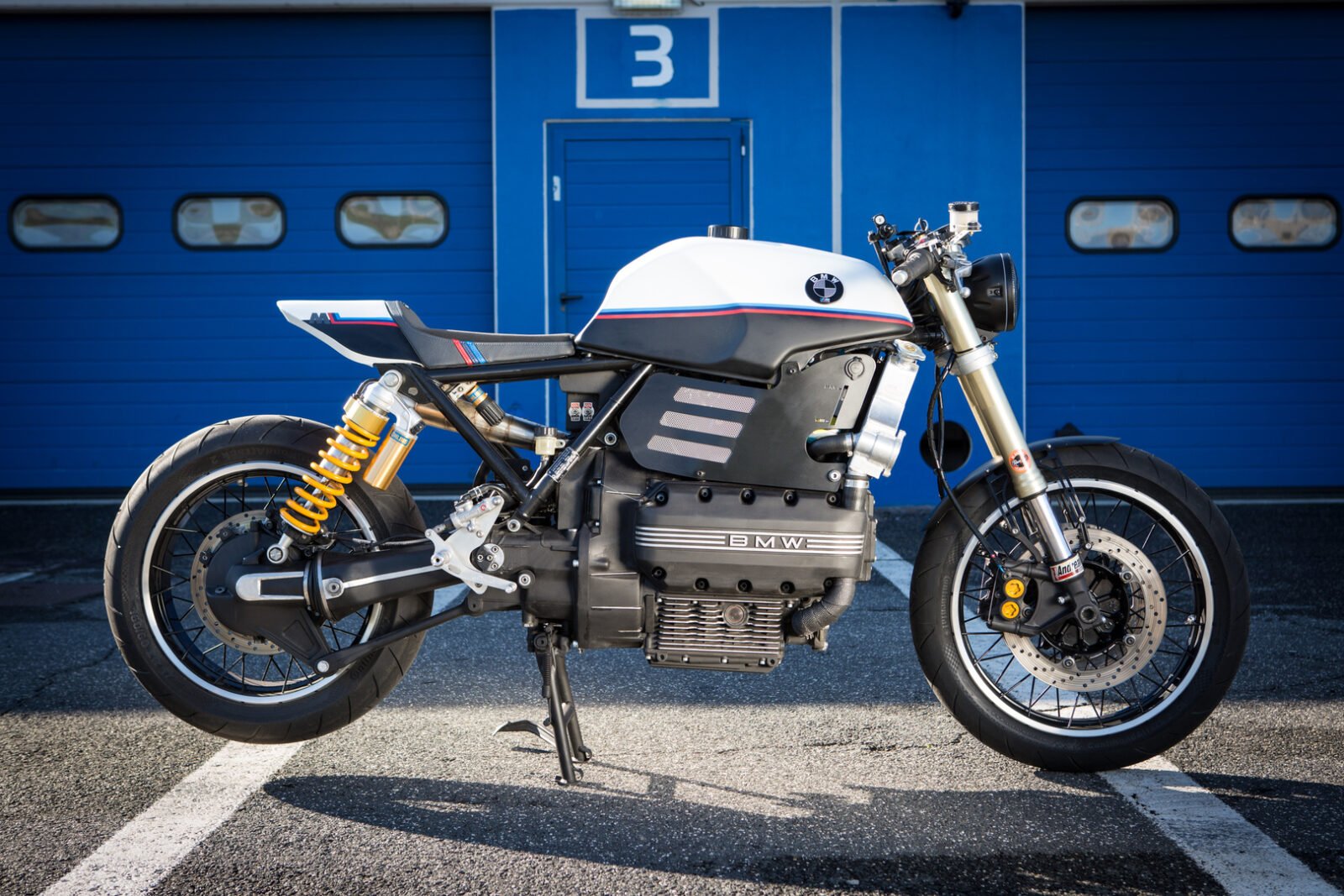 The BMW K1100 LT had the unique distinction of being fitted with the largest engine ever bolted to a BMW motorcycle when it was released in 1991.

As with all the K100 series BMWs, the engine is a 4 cylinder unit laid on its side, with the valves on the bike’s left and the crank on the bike’s right. This allows them to feed power back directly to the shaft drive with only a single 90° turn required to get power to the rear wheel – this helps reduce energy loss in the powertrain.

With a swept capacity of 1092cc, 4 valves per cylinder, a 5 speed transmission, a low maintenance shaft drive, and 100bhp, the K1100 LT was one of the finest touring motorcycles in the world in the early to mid 1990s. Originally they were fitted with large fairings and bodywork, many also had pannier cases and luggage racks for extended trips.

Underneath all of this bodywork was a bike with significant sporting potential. There was a Showa monoshock on the rear with a Paralever single-sided swing arm, Marzocchi forks up front, and Brembo disc brakes front and back. The engine orientation had the benefit of giving the bike a very low centre of gravity, and tuners realised they could coax significant power gains from the inline-4 with improved intake and exhaust systems.

Although they were initially quite expensive, the prices on secondhand examples of the K1100 LT have now come down to a level that we’re seeing people buy them with the explicit intention of removing as much weight as possible, and unleashing as much power as possible from that inline-4.

The bike you see here is the work of Italian computer programmer Giorgio De Angelis, he builds bikes for fun as a way to unwind from his day job, and he decided to take on the challenge posed by the BMW K1100 LT for his newest project.

The build started with a full teardown, and the full fairing, seat, and bodywork was all discarded to reduce weight and slim the bike down. An Öhlins monoshock replaced the now antiquated Showa that was originally installed, and a new set of modern upside down forks was used on the front. A new aluminium radiator was sourced from RcRadiators, a new ECU was fitted and tuned to suit the new intakes and sports exhaust – offering a significant gain in horsepower over stock.

The completed bike will give many modern superbikes a run for their money, and its styling is thoroughly modern – with a color scheme that’ll be immediately familiar to any fan of BMW motorsport. 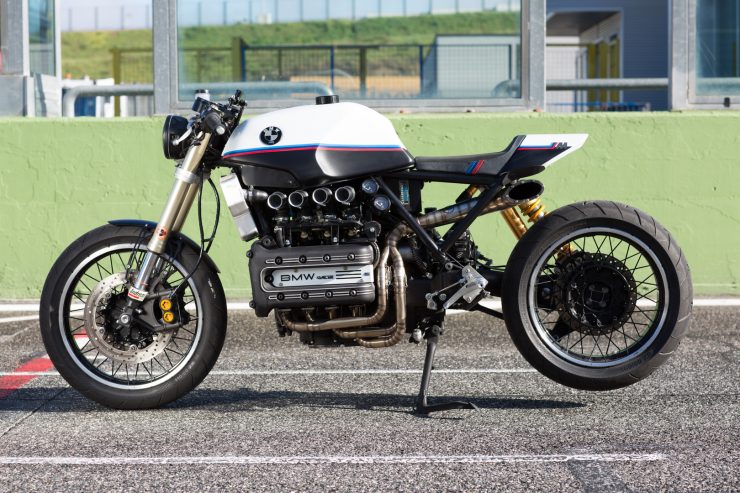 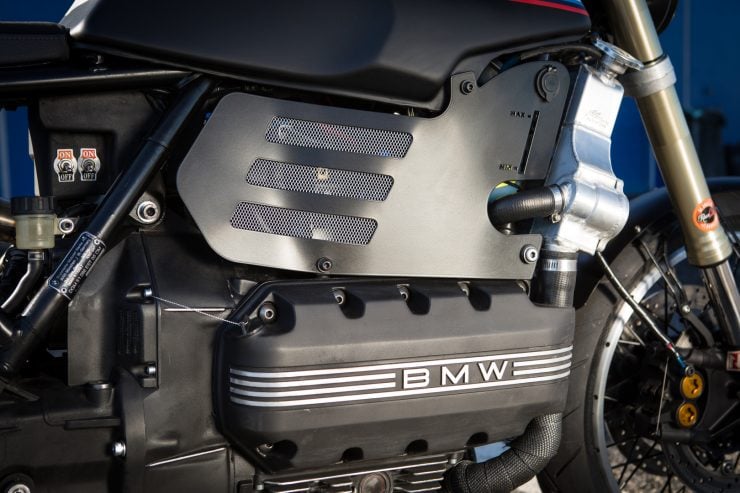 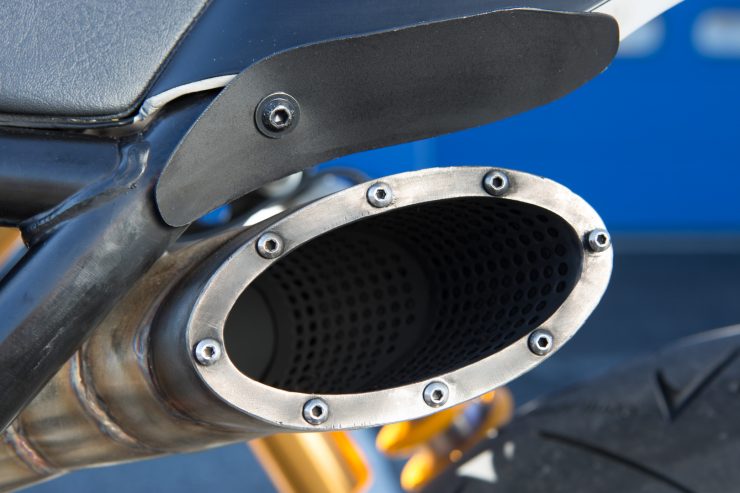 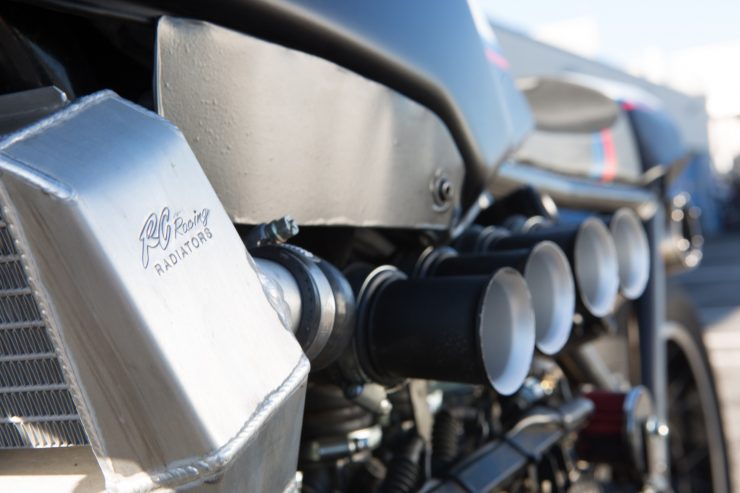 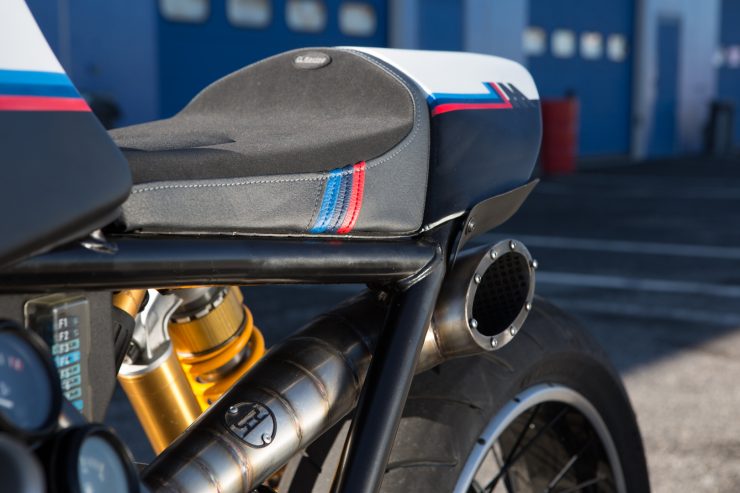 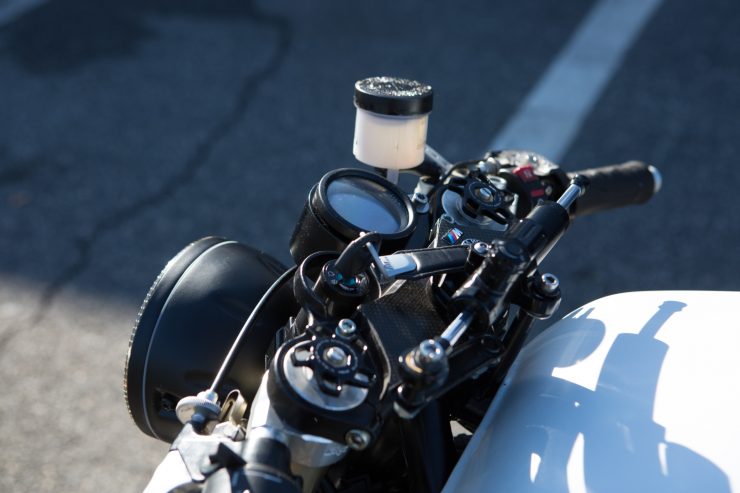 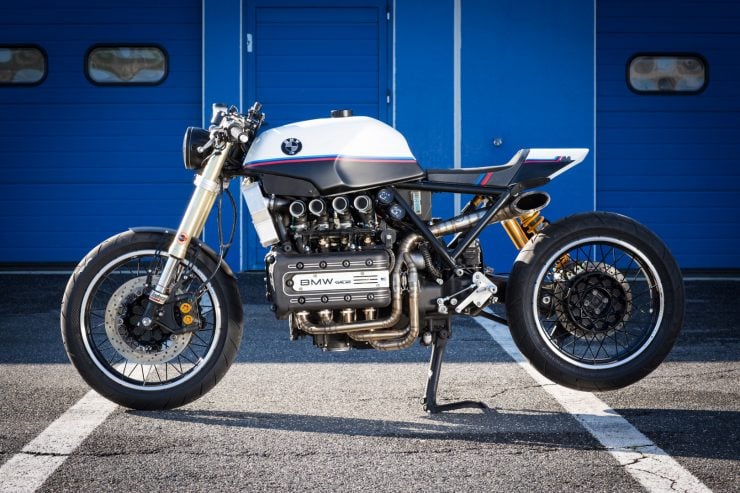 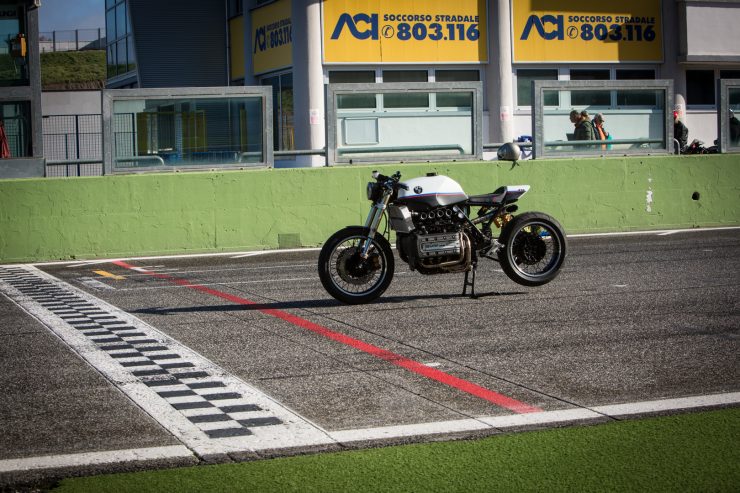 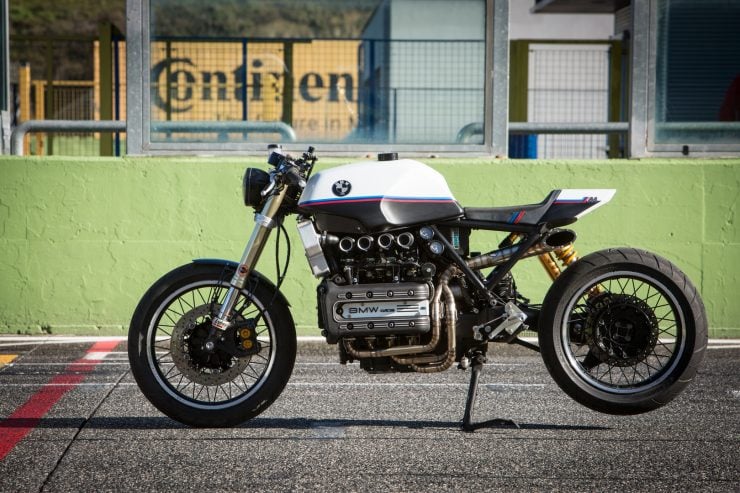 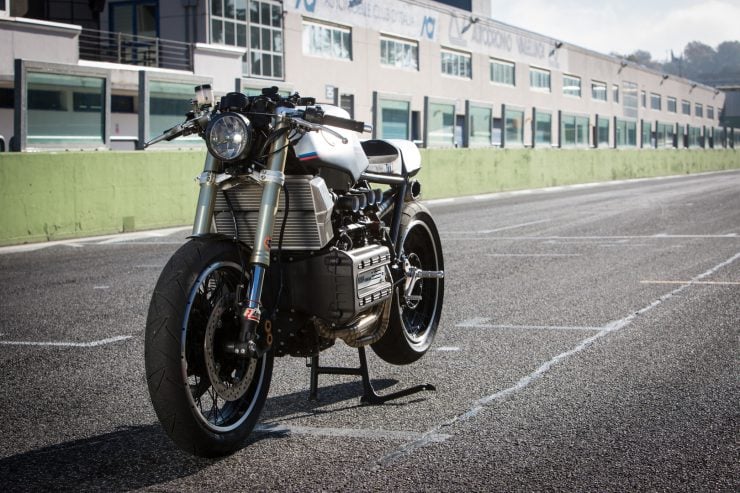 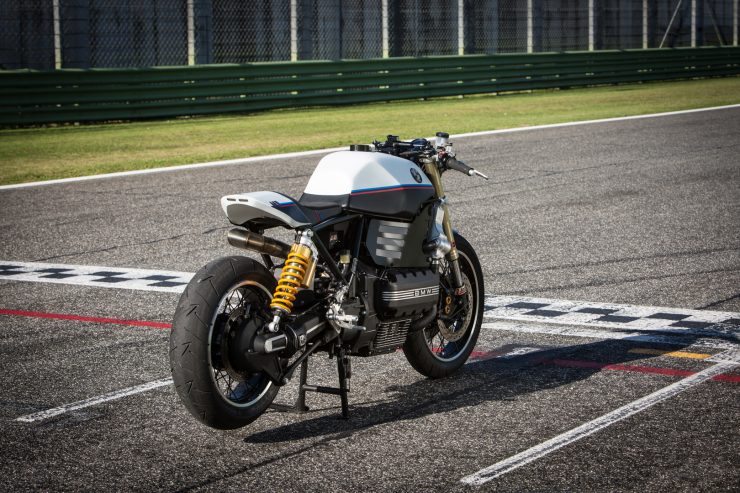 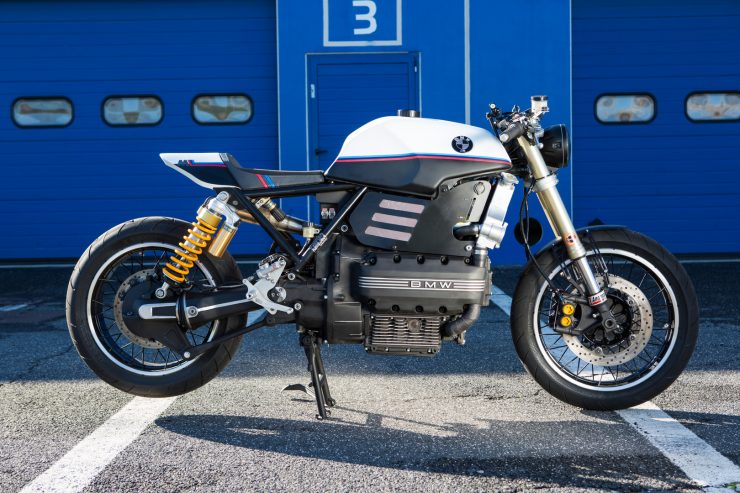 All images by Giovanni De Angelis 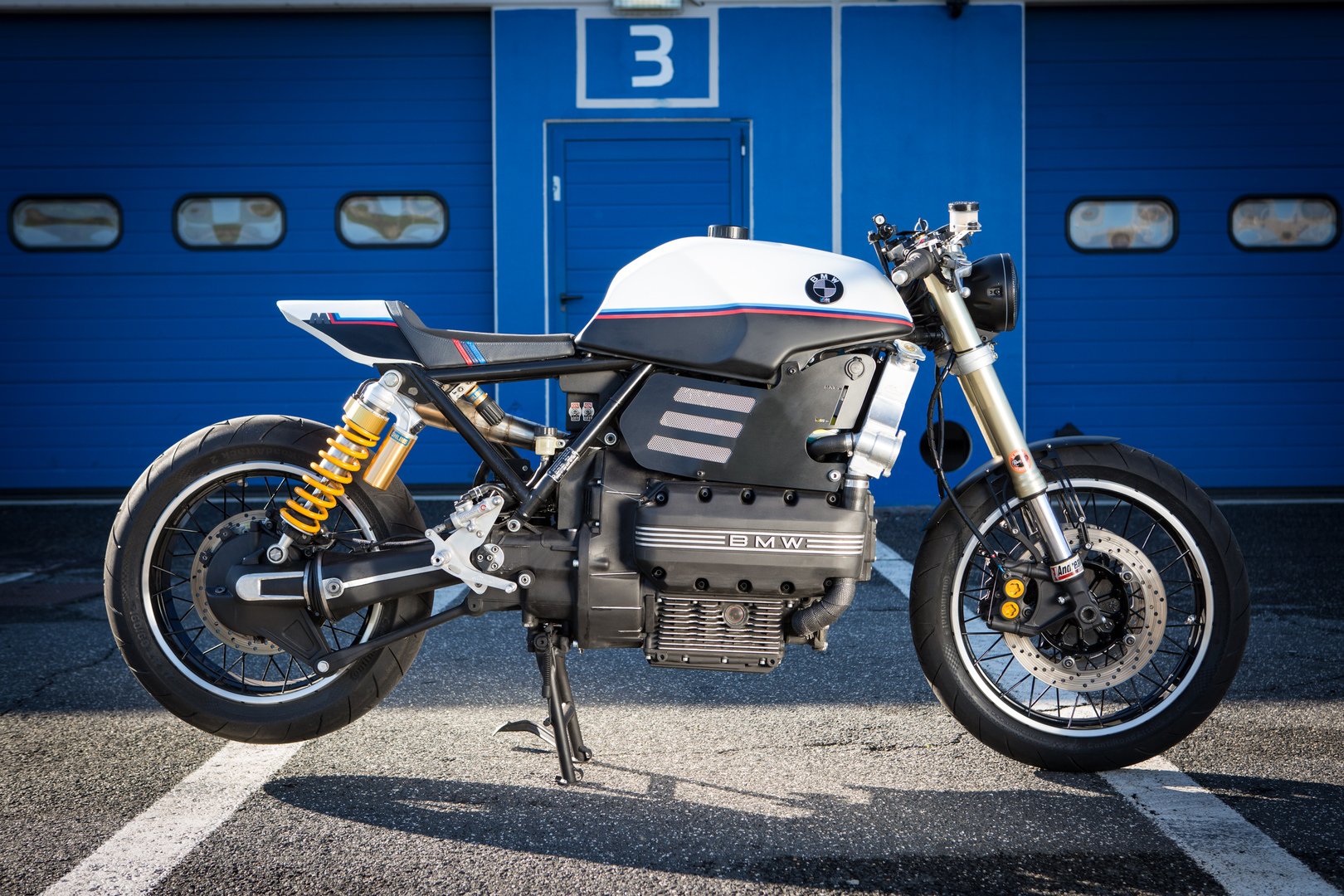