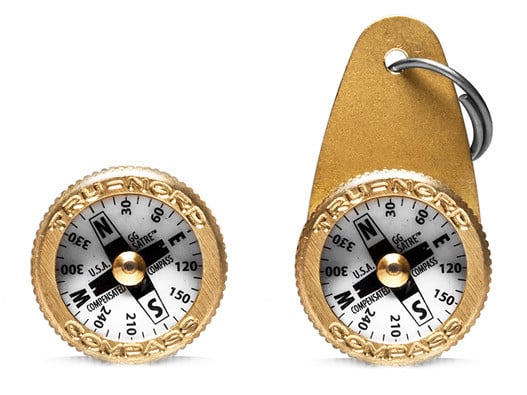 These Everyday Carry Brass Compass Keyrings are made in Minnesota and come with an unlimited, lifetime warranty. Which is not something you hear all that often in today’s world of flimsy plastic nonsense. Each of the compasses are waterproof, weatherproof and made from solid brass.

The surface diameter of the compass is exactly 1 inch, making it perfect as a pocket or keyring survival tool. Once that EMP hits and all our iPhones become paperweights, this is exactly what you’ll need to find your way home.