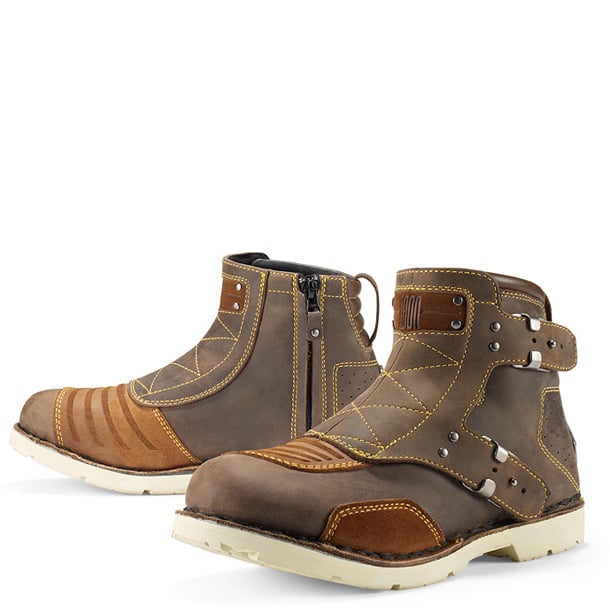 The Icon 1000 series contains what are quite possibly the coolest motorcycle boots you’ll find anywhere, they’re called the Elsinore Boot (click for the feature) and they look like they’d allow you to kick a hole in depleted uranium. Now with their latest release, Icon has created this boot dubbed the El Bajo, which is essentially a slightly less high-sided Elsinore with the same no bullshit styling.

The El Bajo is exceptionally well built and looks suited to being worn both on and off the bike, they’re now available for $190 USD here via Icon 1000.