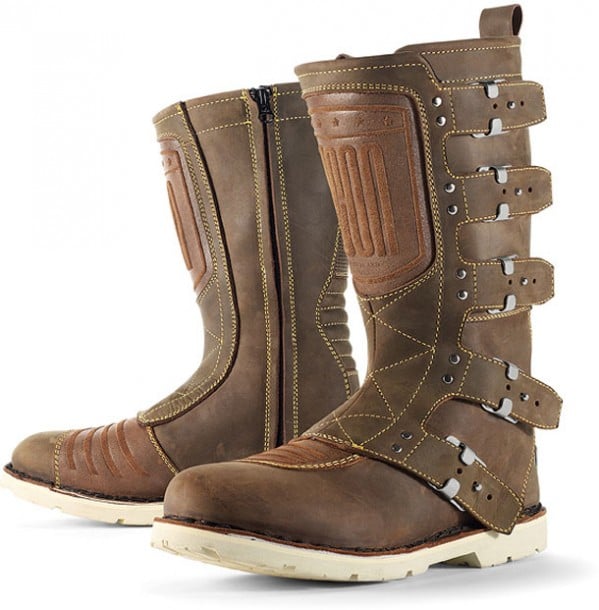 The Elsinore Boot by Icon is part of their all new Icon 1000 range, the collection is made up of no-nonsense helmets, boots, clothing, gloves and other gear, largely designed to survive and thrive in a post apocalyptic, overrun-with-zombies future-scape from hell. Meaning they’ll be able to handle your regular commute without blinking an eye.

The Elsinore Boots feature in internal steel shank, thick leather upper, rubber sole, a zipper designed for paratrooper boots and a series of 5 alloy buckles down the outside to make sure they stay on no matter what. 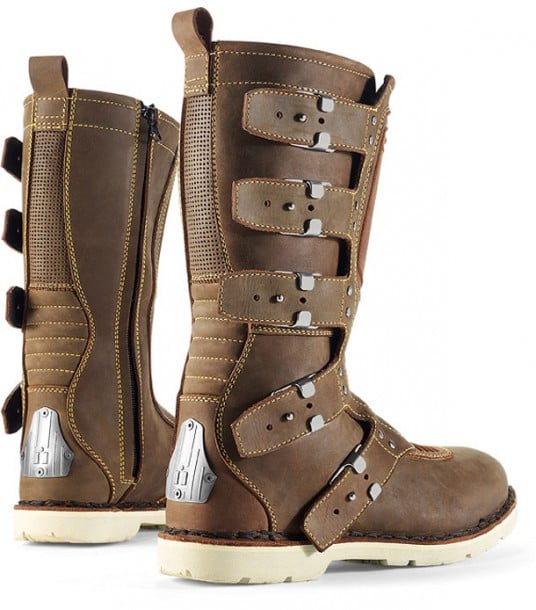