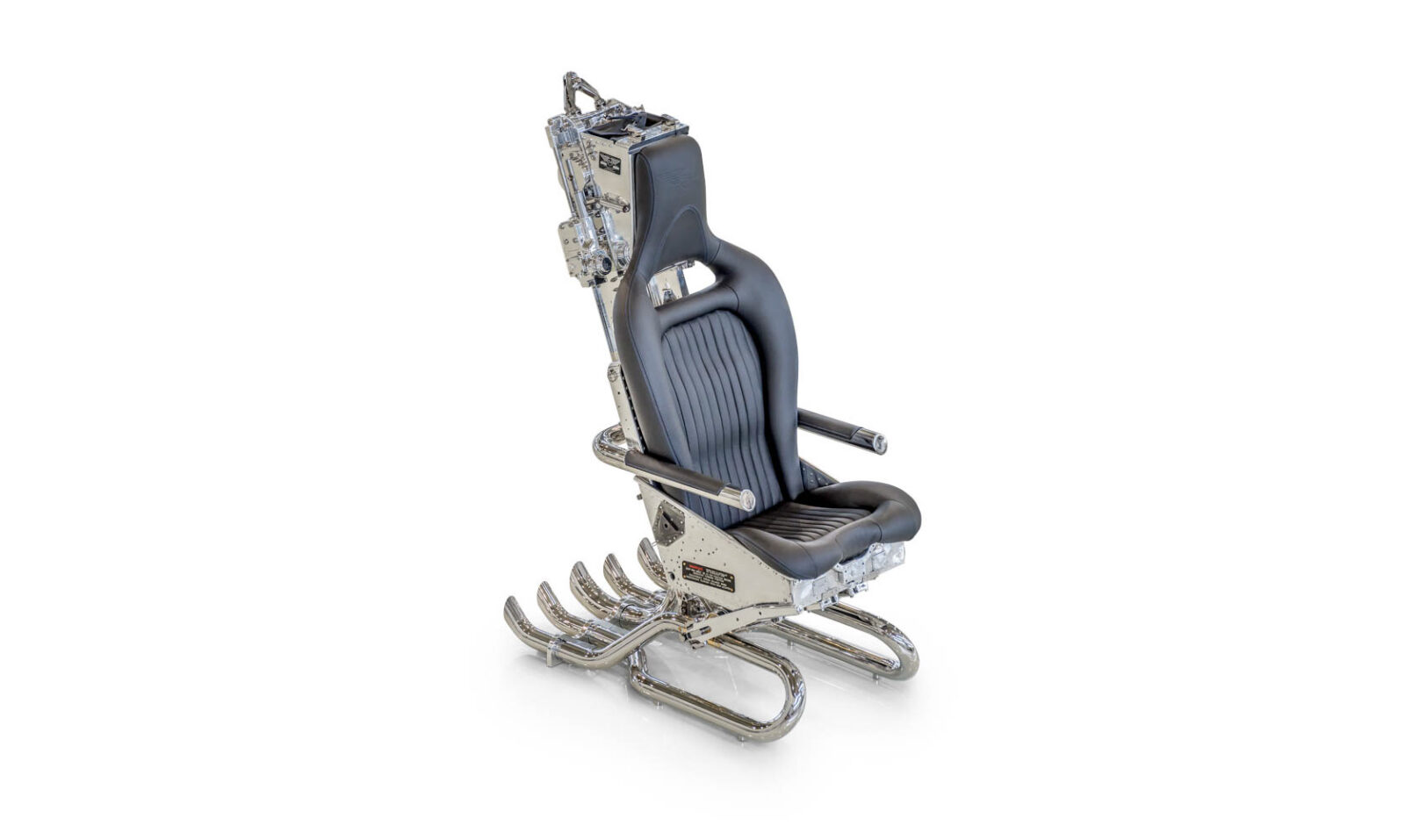 Hangar 54 is a company that makes exactly the sort of furniture you’d want to kit out your secret volcano lair, if you were a Bond villain with a penchant for vintage aerospace engineering.

The ejection seat you see here is a real unit (decommissioned obviously) from Martin Baker, it’s been upholstered in black Bentley Nappa leather with contrasting electric blue stitching and its design is based on the rocket sled used to test the ejection seats.

If you’d like to buy the seat you see here or take a look at their back catalogue, you can visit Hangar 54 here. 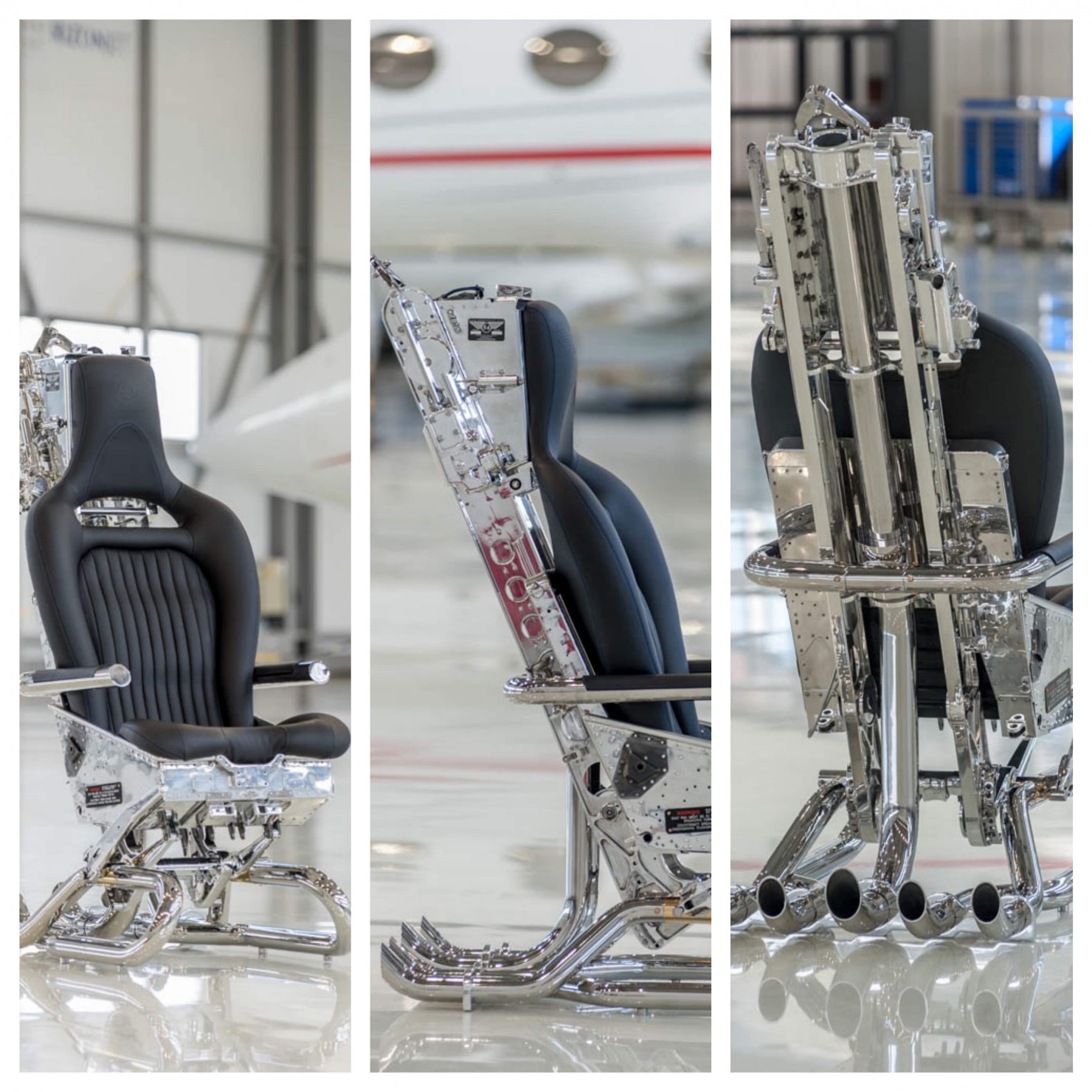 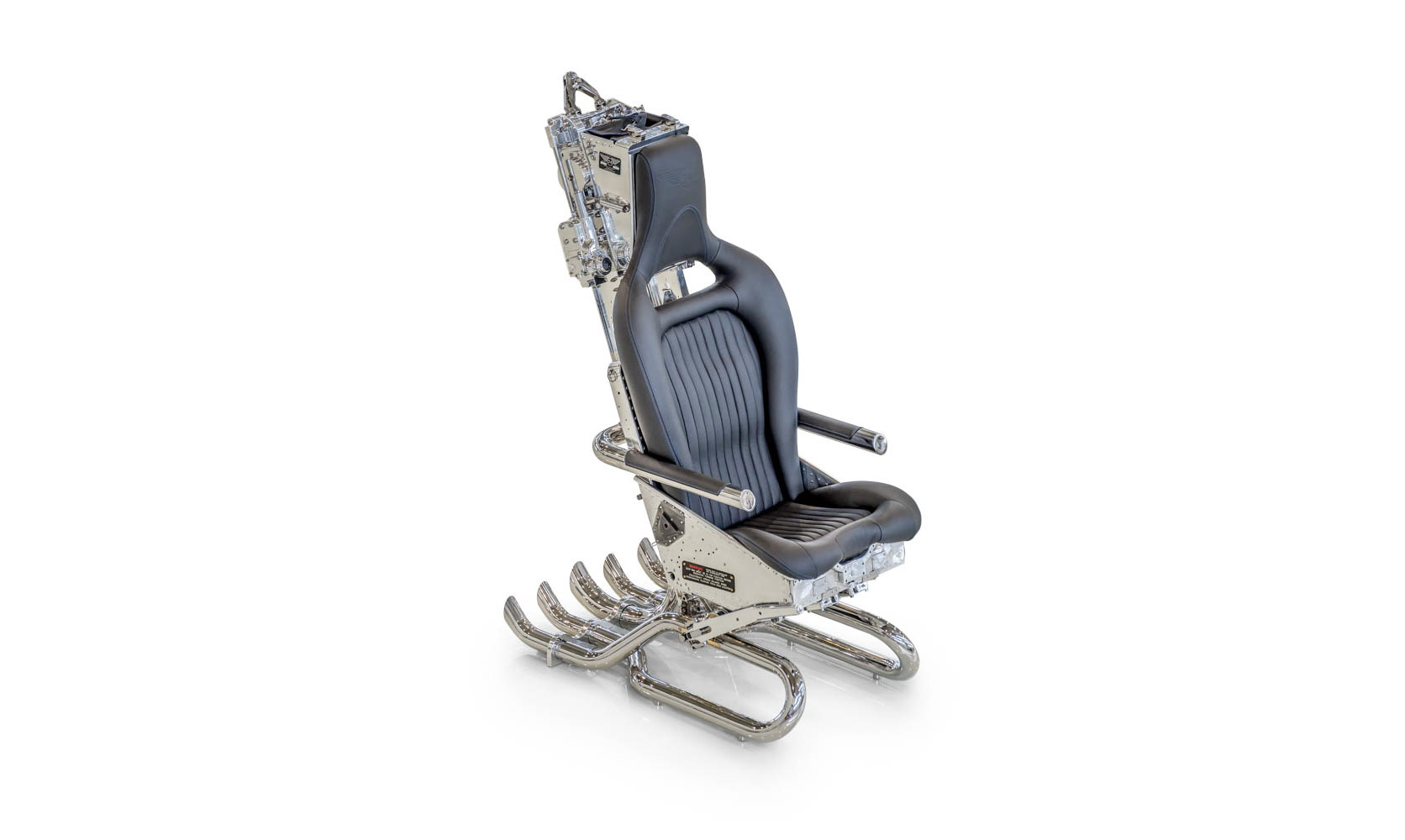