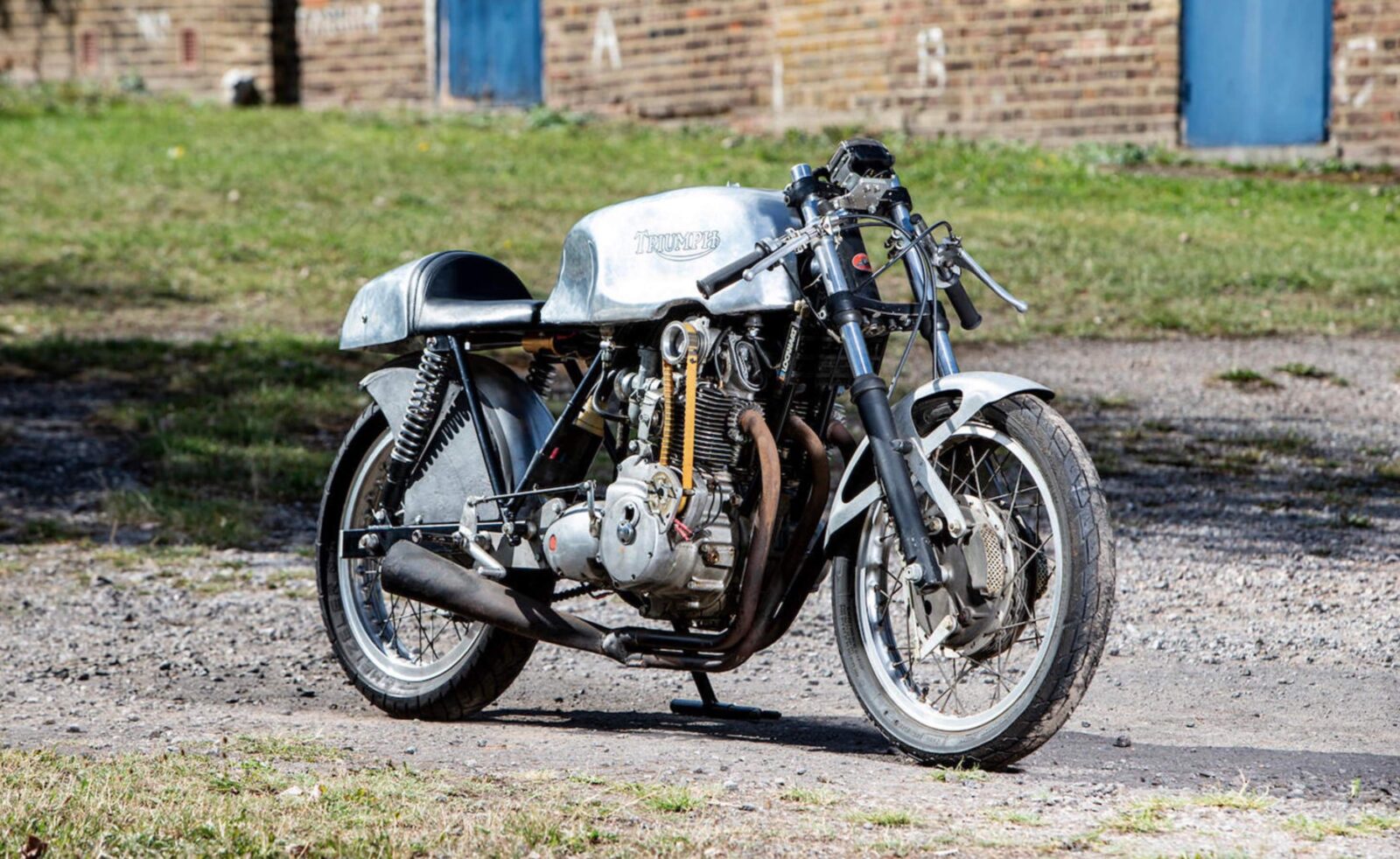 It isn’t widely known that BSA/Triumph were experimenting with overhead cam engines back in the early 1970s as a way of trying to compete with the surge of high-performance, reliable, and non-leaking Japanese motorcycles pouring into the country.

The engines were air-cooled with a 750cc capacity and they were of unit construction with 4-speed transmissions. In order to keep the prototypes as inexpensive to develop as possible they used the standard BSA/Triumph twin tube frame, the standard front/rear suspension and brakes, and as many other off-the-shelf parts as possible

The engineers at Triumph weren’t particularly experienced with overhead cam motorcycle engines so they developed two versions – one that used a chain to spin the cam and one that used a belt to spin it. There are positives and negatives to each of these methods of turning a cam and it’s too much to go into here, but it is interesting that Triumph wanted to try both methods and see which would suit them better.

The lack of funds to develop an all-new engine was a significant limiting factor for the engineers and they did a remarkable job with what little they had to turn out two fully-functioning engines. Many of the executive-level decisions that were made are now lost to history but for whatever reason it was decided to not pursue the BSA/Triumph triple cylinder overhead cam power unit. Instead they stuck with their pushrod engines, and within a decade they went bankrupt.

Fortunately due to a man named Bill Crosby the belt-driven BSA/Triumph lives on. He bought the motor in 1983 and ten years later rebuilt it into a fully functioning Rocket III just in time to attend the 1993 Beezumph Rally at Cadwell Park where it drew huge crowds and much acclaim. What Crosby had built was a window into an alternate reality where BSA/Triumph actually built and sold production motorcycles with an OHC engine.

After some time Crosby decided that he would do what BSA/Triumph never cam close to doing, and build a racing version of the OHC engine. As luck would have it, he already had an Egli frame that had been specifically developed for the BSA/Triumph triple – a special racing frame developed by Swiss racer and engineer Fritz Egli. 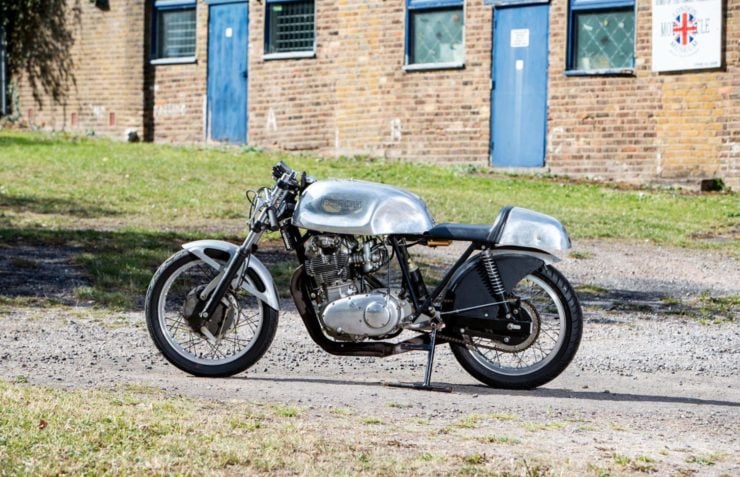 The bespoke bike was built using this frame, the prototype OHC engine, standard telescopic forks up front, twin shocks in the rear, front and rear drum brakes, a custom 3-into-1 exhaust, and a pair of low-slung clip-on handlebars. As a track bike this is one of the most fascinating British motorcycles you could possibly roll out of your trailer at the circuit and it’s sure to gather significant crowds wherever it appears.

Bonhams mention that the bike has been running, however it will need some fettling to get the ignition timing correct. The fitment of a modern digital ignition would likely simplify this significantly, and allow the new owner to dial the engine in using a laptop.

If you’d like to read more about this bike or register to bid you can click here to visit the listing. It’s due to be auctioned on the 19th of October with an estimated value of between £6,000 and £10,000. 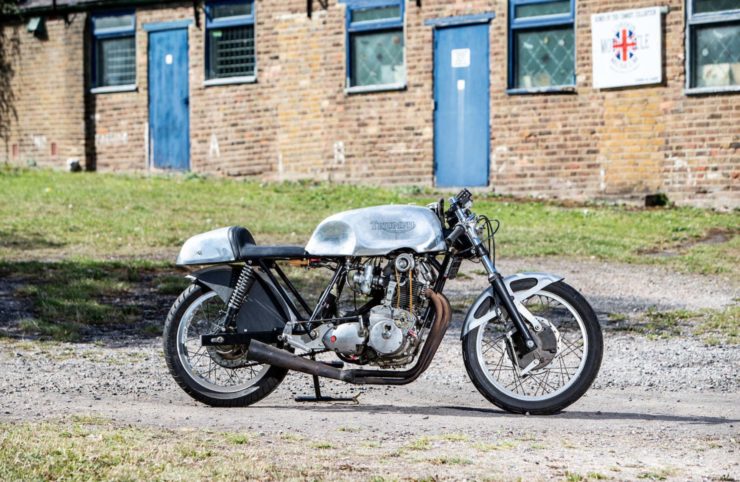 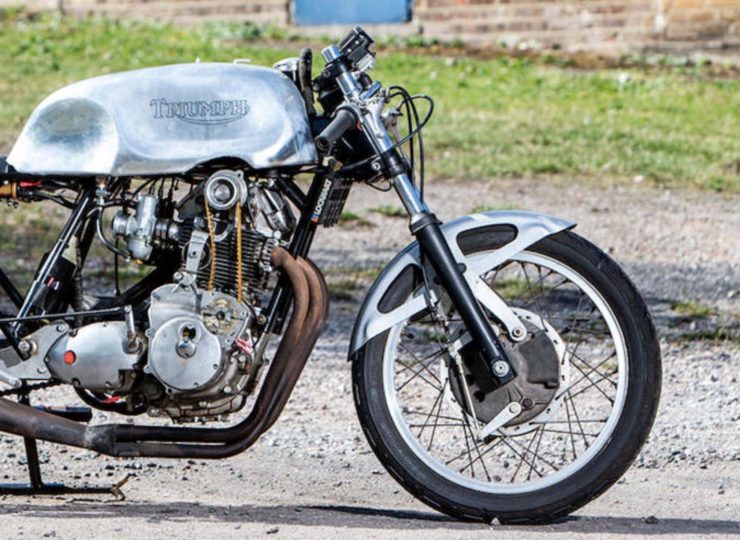 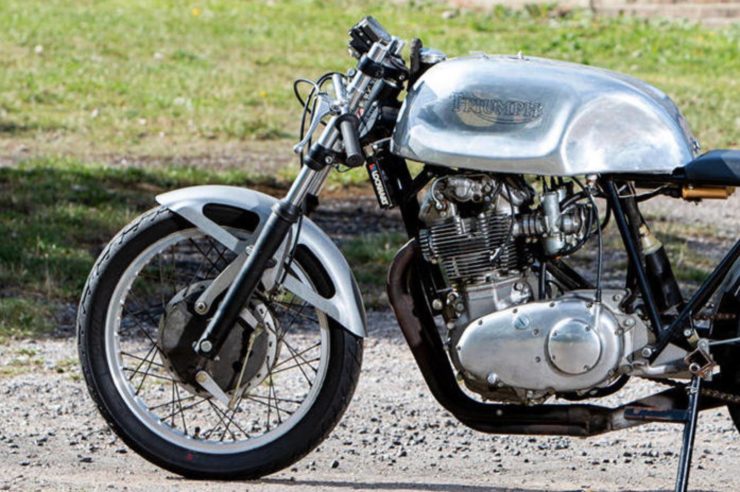 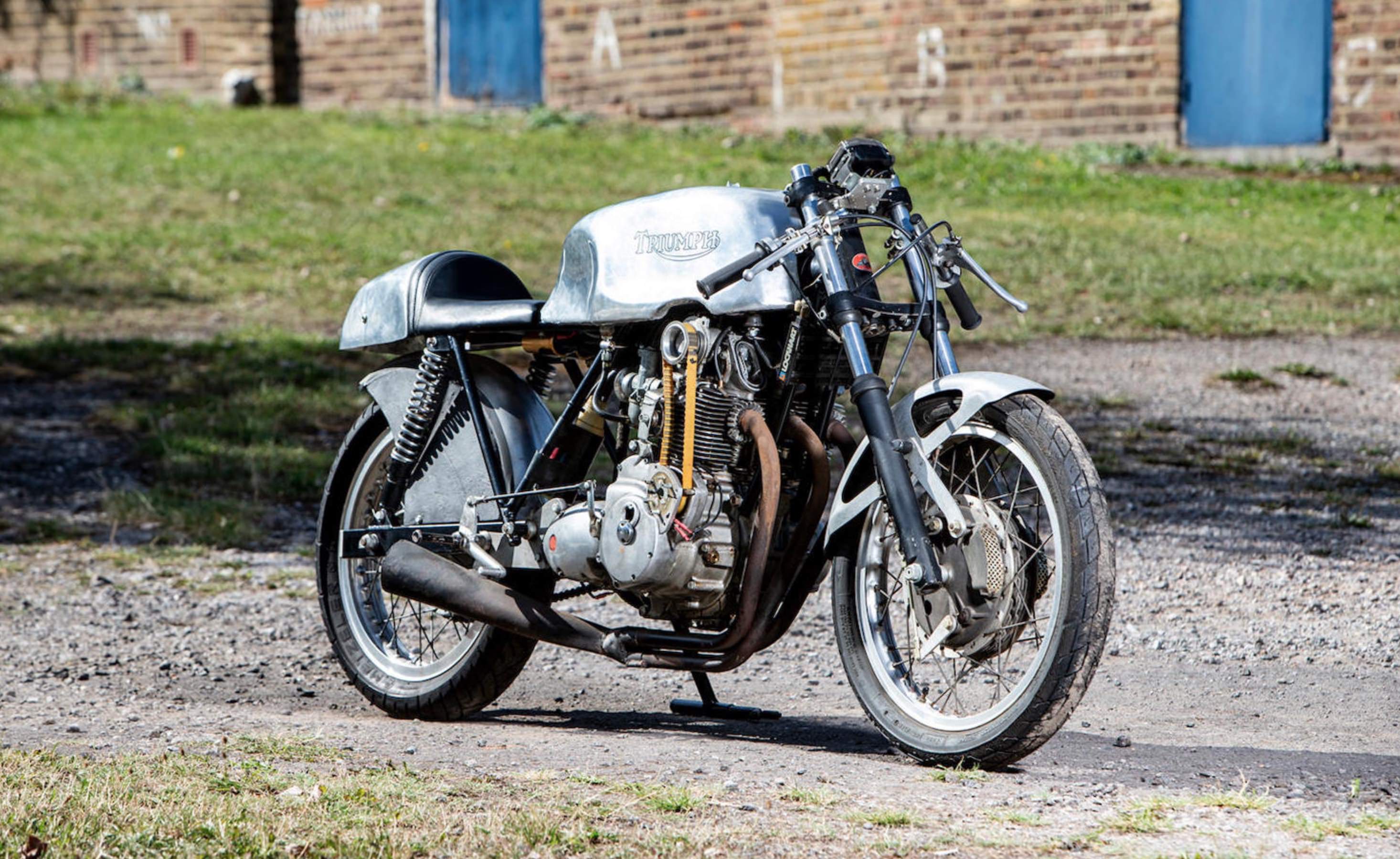